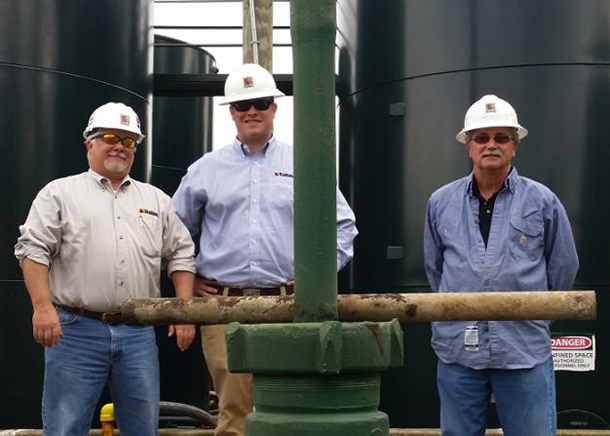 Fracking wastewater is trucked into Ohio from Pennsylvania, processed and injected into deep wells. The Allegheny Front’s Julie Grant reports that many locals worry about earthquakes and water contamination, and argue that the state rules override citizen’s concerns about waste water well siting.

CURWOOD: It's Living on Earth. I'm Steve Curwood. As natural gas production continues to spread across the country, some citizens are trying to fend off drilling rigs and waste sites in their backyards. While gas companies say they already face tough state regulations, that oversight doesn’t always ease residents’ fears. As Ohio quickly becomes a go-to destination for the nation's frackwaste, some people worry about earthquakes and water contamination, and argue the state has taken away their authority to decide whether oil and gas waste should be allowed in their backyards. Julie Grant reports for the public radio program the Allegheny Front, and has this story from a rural county that’s the biggest dumping ground in Ohio.

GRANT: This is the sound of dirty water flowing from a big, industrial truck into storage tanks. We’re in the countryside in Portage County, Ohio, in the midst of cornfields and a horse farm. When you drive in further, you see the large green storage tanks, the pump house, and the wellhead. 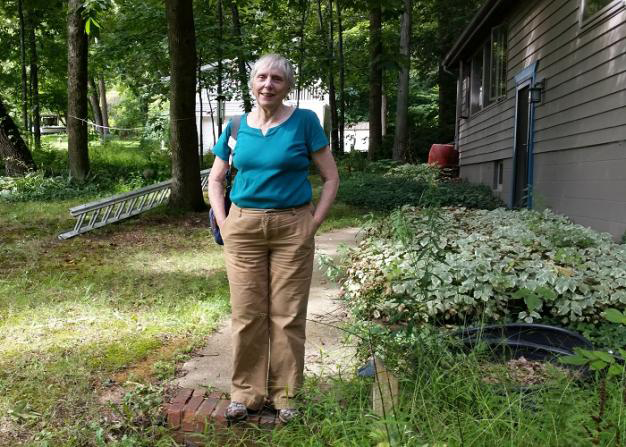 ILE: He’s just about unloaded there. See the hose shaking? That means that hundred barrel of water is in the system now.

GRANT: Randy Ile operates this well for a Texas company, Stallion Oilfield Holdings. He says the water was trucked here from Pennsylvania. It’s wastewater from an oil and gas well. The wastewater will spend the next few days moving through a series of 12 large tanks.

ILE: And then the last thing it does is come into the pump house in here, and it comes through a 25-micron filter and then through a ten-micron filter. So it’s basically as clean as...down to 10 microns.

GRANT: What are you filtering?

ILE: Sediment of any kind: particles of rock, or anything like that. 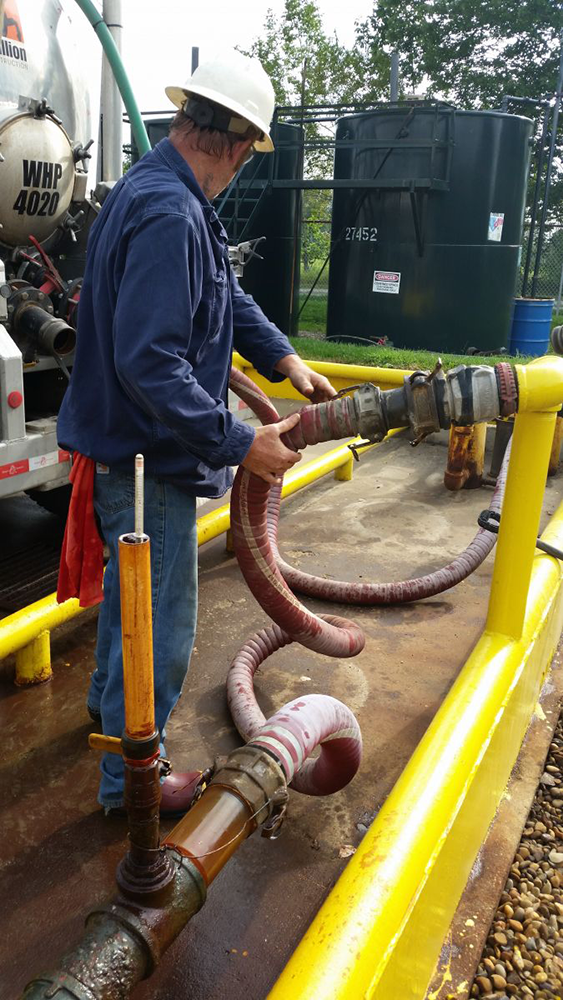 A truck carrying wastewater from oil and gas operations in Pennsylvania unloads at a well site in Portage County, Ohio. (Photo: Julie Grant)

GRANT: Ile says any radioactive material is trucked to special waste sites, but the rest stays here. Once it’s filtered, the wastewater is pumped into the injection well.

ILE: This is the well.

GRANT: It doesn’t look like much—some pipes in the ground, with a pressure meter attached. Ile says they use high pressure to push the wastewater down 3500 feet, and this is what has many residents who live near this and the 17 other frack-waste disposal wells in this County concerned. Mary Hagan started worrying about the water in her family’s well last winter, when the tinsel on her Christmas tree started to shake.

HAGAN: They had that earthquake come out of Youngstown because of fracking, and we felt it up here in Shalersville, so yeah. The concern is there, that it might contaminate our well, our water. The fracking, and, causing another earthquake or causing splits in the shale. 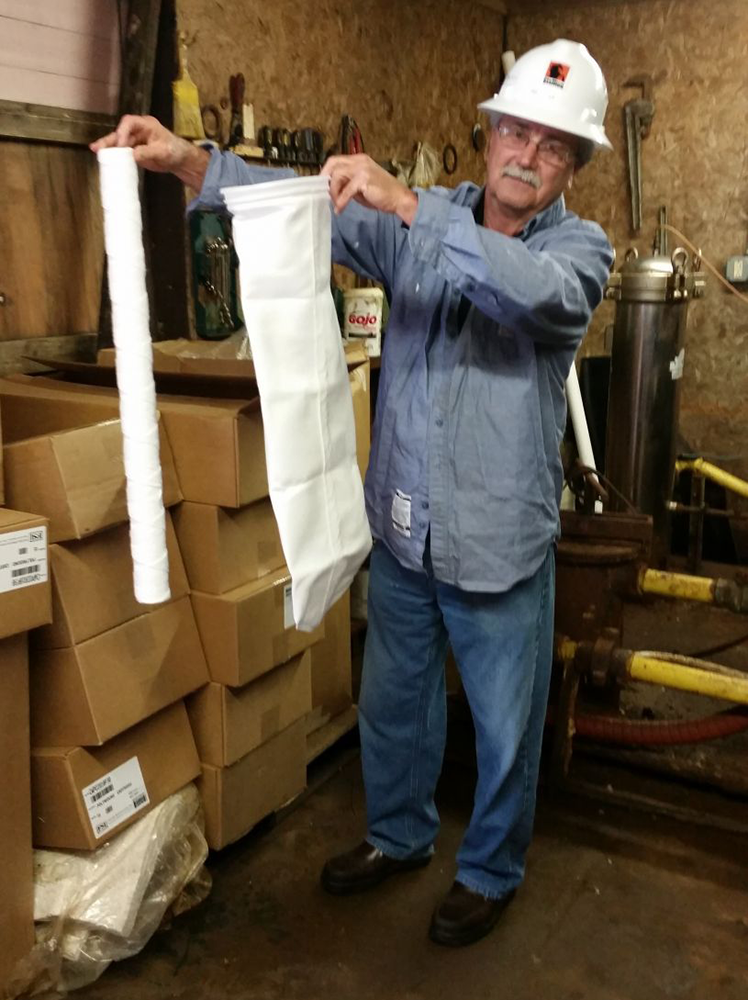 Stallion Operations Manager in Portage County, Ohio Randy Ile holds up 25 and 10 micron filters, showing how they clean the frack wastewater before sending it down the well. (Photo: Julie Grant)

GRANT; Earlier this year, Ohio regulators acknowledged that some fracking operations near Youngstown, about 45 minutes east of here, caused earthquakes. Hagan brought a jar of water from her well to a monthly water-monitoring program held by concerned citizens in the area. They say 500 million gallons of fracking wastewater will be dumped in their county this year. Gwen Fisher is a retired university professor. She worries that the disposal wells will fail, the pipes will leak, or the concrete surrounding them will crack, and the waste, laced with chemical and possible radioactivity, will contaminate their drinking water.

FISHER: Everybody around these injection wells in these rural areas lives on their water well. If it goes bad, they’re going to have to buy water.

GRANT: In Pennsylvania, the state has confirmed more than 240 cases where oil and gas operations have contaminated drinking water. Kathleen Chandler is a Portage County Commissioner. She worries when she sees truck after truck carrying waste into the county, and there’s nothing she can do to about it.

CHANDLER: We have no control at the local level. The state took away our control. 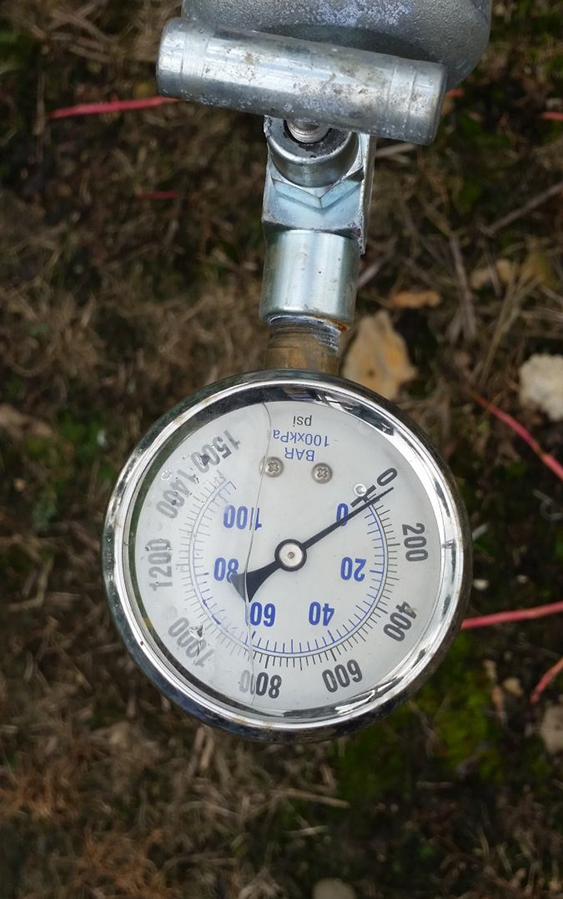 Ohio regulates how much pressure can be used at injection wells. (Photo: Julie Grant)

GRANT: Ten years ago, Ohio changed its zoning laws. It took control of zoning of oil and gas operations away from local communities, and gave authority to the state department of natural resources. Pennsylvania tried to limit local zoning rights around oil and gas operations, as part of Act 13. But late last year, the state Supreme Court struck it down--maintaining local control. New York courts have also upheld the rights of local governments to regulate fracking. Randy Roberts is an attorney for Houston-based Stallion Oilfield, which owns three injection wells in Ohio’s Portage County. He says they’re trucking waste here because of the geology. The layers of underground rock that are better for wastewater storage are easier to access here, than in Pennsylvania’s hilly Appalachian basin. Roberts knows some people don’t like it, but he says Ohio’s uniform state zoning regulations are also attractive.

ROBERTS: I’m not trying to be difficult here, but I would like to think that Ohio has made a pitch to be relatively benign. They do not make regulations just for the sense of making regulations, but they want us to do our jobs. They come out here and inspect us and then they leave us alone, if they find we’re doing our jobs.

GRANT: But some Ohio communities are trying to assert their rights. People in the city of Kent, in Portage County, will vote on something called a community bill of rights this November. It’s an attempt to regain local rights around energy production sites. Five miles east, the city of Munroe Falls has a case pending before the Ohio Supreme Court. They’ve argued that the home rule law in the Ohio constitution overrides the state’s zoning law. Community activist Gwen Fisher says her husband sees this problem all the time. He sits on the local township board, which is in charge of most zoning decisions. 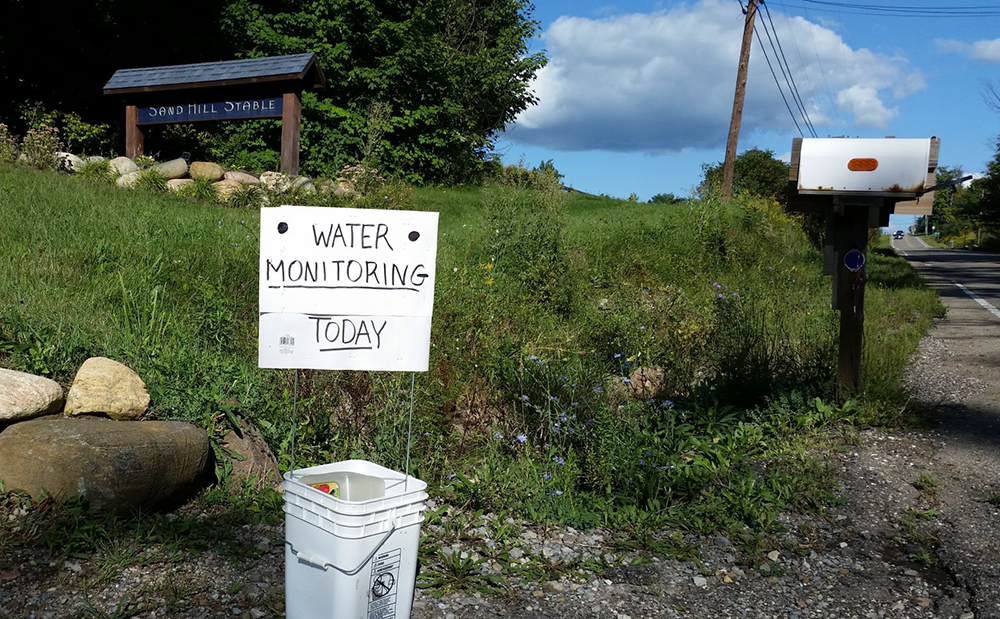 FISHER: He can spend hours discussing with his fellow board members whether or not somebody can build a fence, or keep chickens, or put up a sign. And then the next day their neighbor could have leased land, and they could have a three-to eight-acre well pad pretty close to their house, or a pipeline, and have no choice about it.

GRANT: Fisher says the country roads near them suddenly become industrial sites with over-sized trucks regularly rumbling through. This issue, of whether states or local governments should control zoning around oil and gas operations, is being debated in eight states around the country. People are deciding if the new energy and possible economic growth are worth the loss of control and huge changes it brings to the countryside. Randy Roberts of Stallion Oilfields says it makes sense to decide energy development at the state level.

ROBERTS: It’s akin to the federal government regulating the drugs. The FDA regulates drugs; each county doesn’t regulate what drugs you can take. And it makes more sense for the state to do it than to have part-time zoning board people decide whether someone can drill for oil and gas. They’re not educated in that area, and they don't have time to get educated in that area.

GRANT: Energy companies, business groups and the state argued against Munroe Falls and other cities before the Ohio Supreme Court in February. They’re expecting a decision at any point. Meanwhile, the state continues to regulate injection wells that accept frack waste from Pennsylvania.

CURWOOD: That report came from Julie Grant of the Allegheny Front.

Listen to how wastewater injection is causing earthquakes