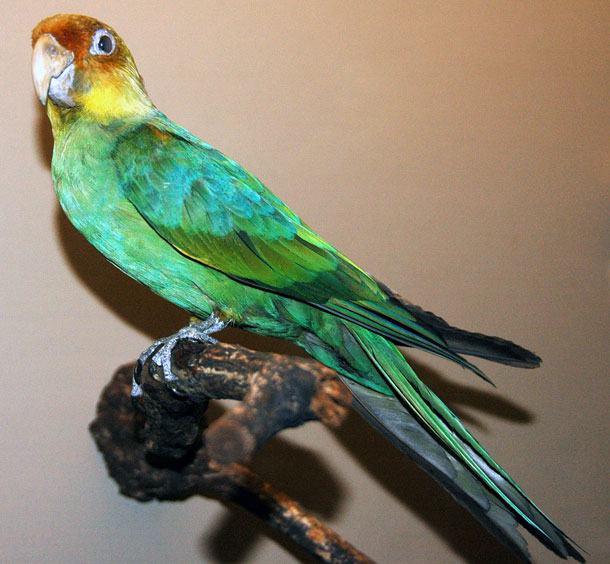 The Carolina Parakeet was driven to extinction in 1918 in part because its feathers were in demand for ladies’ hats at the time. (Photo: Wikimedia Commons)

Peter Dykstra and host Steve Curwood discuss grim news about the number of environmental activists killed in recent months, and why Toyota’s once wildly popular Prius has seen a steep sales slump. Then they remember the lovely Carolina parakeet, driven to extinction a century ago by farmers, loss of habitat and the demand for feathers on womens’ hats.

CURWOOD: Let’s take a look beyond the headlines now with Peter Dykstra of Environmental Health News, that’s ehn.org and DailyClimate dot org. He’s on the line from Atlanta Georgia. How are you doing, Peter?

DYKSTRA: I’m doing alright, Steve, how about you?

CURWOOD: Things are pretty good, it’s kinda cold though still. So, what do you have for us? What’s going on?

DYKSTRA: Well, let’s start with some down news but we have to report it. The non-government group, Global Witness, said that in 2017, 197 environmental activists around the world were murdered.

DYKSTRA: Bear in mind that’s four a week. These are peasants, landowners, farmers, local activists trying to protect their homes. Working against dam projects, big logging operations, big mining operations. 197. Also just this past week there’s a man named Esmond Bradley Martin. He was a legend in hunting down smuggling paths for rhino horn and elephant tusks. He was stabbed to death in his bed in Nairobi. 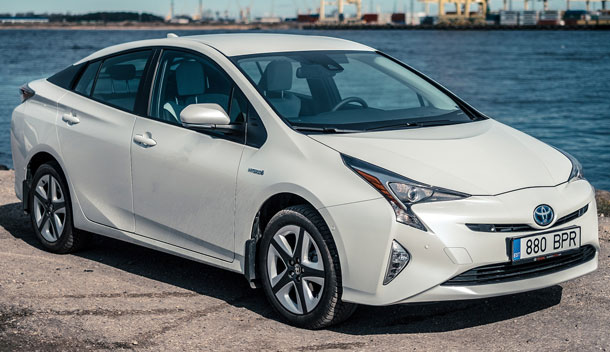 Sales of the Toyota Prius have hit a slump in the last few years. (Photo: Wikimedia Commons)

CURWOOD: And, Peter, I thought I saw something in the news about an Iranian environmentalist who was killed.

DYKSTRA: Yes, a Canadian Iranian professor who was named Kavous Seyed Emami. He ran and founded the Persian Wildlife Heritage Foundation. He was brought in on espionage charges, it’s not really clear what the espionage could have possibly been and then he was found hanged in his solitary confinement cell. The family is not buying at all that he hanged himself.

CURWOOD: No, it doesn’t sound like that to me. Hey, what else is going on?

CURWOOD: So, Toyota is having a sales problem with the Prius? What’s going on?

DYKSTRA: Well, there are a lot of things going on. Number one, the whole hybrid notion has spread to larger cars like the Camry, the Rav 4, which is a crossover, is selling. So, that’s taking some of the lightning away from Prius but also you have cheap gas. It stayed cheap and if gas is cheap people have less motive to buy a fuel efficient car. Fuel efficiency standards have gone up in general -- although watch out for that to change in the Trump administration. Competition from other car makers. Not just hybrids but also EVs. And the Prius designs seem to be less enchanting to the public than they were a few years ago.

CURWOOD: Yeah, I got to say it’s not the most lovely car on the road right now. Hey, what do you have for us from the history vault? 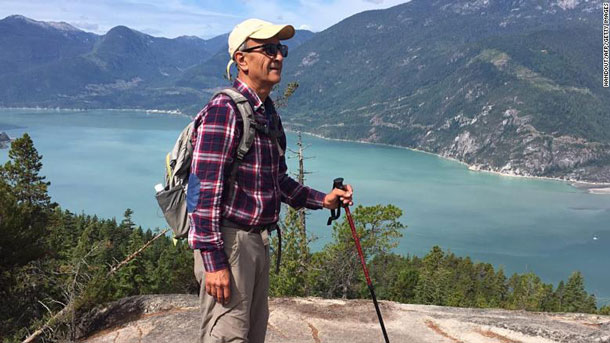 DYKSTRA: Something that happened 100 years ago, kind of a sad event. The Carolina Parakeet used to swarm over the eastern US. It was the only parakeet species that’s native to North America. It met its demise over the years. Number one, farmers hated the Carolina Parakeet because they ate apples, they ate other seeds they ate corn seed. Another reason is that the forests that they thrived in were being taken down for farmland, and cities, and factories. And finally, the third thing is that the Carolina Parakeet, like most parakeets, had beautiful colorful plumage and that plumage was prized for lady’s hats a century ago. And the Carolina Parakeet died out – the last one died in the Cincinnati Zoo in the year 1918.

CURWOOD: And they’re completely extinct. Why didn’t someone breed them or something?

DYKSTRA: Ok, Steve, thanks a lot. We’ll talk to you soon.

CURWOOD: And there’s more on these stories at our website. LOE dot org.


The Guardian: 197 environmental activists were killed worldwide in 2017

Los Angeles Times: “Environmentalists are the latest targets for arrest in Iran. One died in prison, officials say”

All About Birds: “Carolina Parakeet: Removal Of A ‘Menace’”