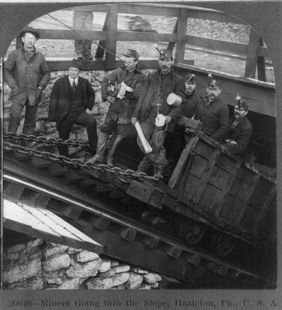 CURWOOD: Even as Van Jones was being drummed out of the White House climate crew, coal company Massey Energy sponsored a million dollar Labor Day party and rally in West Virginia.

The mission—to boost opposition to the Waxman-Markey Climate bill that has passed the House and awaits Senate action.

BLANKENSHIP: Do you want a government that wants to shut down our coalmines?

MASSEY: Do you want a government that increases your power bill?

MASSEY: Do you want a government that gives your tax money to your overseas competitors?

MASSEY: Do you want a government that thinks they can change the temperature of the earth when they can’t balance their budget?

CURWOOD: There were plenty of coal miners in the crowd, but even though it was labor day, labor leaders didn’t speak.

Massey is a non-union company and the United Mine Workers of America has supported climate legislation in the past. But the union has reservations about the Waxman-Markey bill, especially its timetable to get so-called clean coal technology on line.
Cecil Roberts is president of the United Mine Workers and he’s on the line—hello!

ROBERTS: Hi, how are you today Steve?

CURWOOD: So how long did you work as a miner?

CURWOOD: And your dad was a coal miner.

ROBERTS: Father was a coal miner. Both grandfathers were coal miners. And both were killed in coalmines. Never met either one of them. They were both killed before I was born. 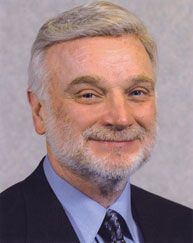 Cecil Roberts, Jr., a sixth-generation coal miner, is the President of the United Mine Workers (UMWA).

CURWOOD: Now we’re talking on an electronic hook up that I’m just gonna bet half of these electrons are being pushed around by the power of coal. But now of course there are these questions about the use of coal and climate change and all that. And, I called you up to find out how the United Mine Workers feels about the climate bill that’s right now in front of the Congress known as Waxman-Markey. What’s your position on this?

ROBERTS: Well, we try to express the feelings of our members, and I can tell you that the greatest fear is that if there’s a reduction in the amount of carbon that’s released into the atmosphere that means less coal being burned in the United States, which would mean less coal being transported, less coal being mined, fewer coal miners, fewer rail workers, fewer truck drivers. And that’s the fear – that they’re not gonna have a job or at least not have a job that provides the wages and benefits that they currently enjoy.

CURWOOD: Let me just get one thing clear here. The United Mine Workers and coal miners that you represent do feel that there is a serious problem with climate change – that the science is real and that this is something that we’ve got to deal with. Do I have that right?

ROBERTS: That would be correct. The union has never taken a position arguing against the science of climate change. We’ve engaged in the debate as to how to deal with it. We’ve spent lots and lots of time and resources of coal miners trying to deal with this issue in order to protect the jobs of the coal miners and, quite frankly, the jobs of many people, particularly in some of the hardest and most difficult economic areas of the country.

CURWOOD: What needs to be in Waxman-Markey for your union to get behind it?

ROBERTS: I think probably the most important thing to say about this bill is as it moves into the debate over on the Senate side is can we get to these types of reductions of 17 percent by 2020 and also develop this technology in such a short period of time and also deploy that technology onto the coal fired facilities that are in existence now and would be constructed into the future. We’re very much concerned we may not have enough time to do both.

CURWOOD: Let me ask you this, Cecil Roberts. If the time table for the technology that would allow the burning of coal to continue while not endangering the planet, if that doesn’t come forward, would it not be in the best interest of America to indemnify those workers who aren’t able to continue working because this is really a special case? Would you see that?

ROBERTS: I think what’s problematic here I believe is that we’re talking about miners who are earning a very good wage and benefit for their families currently. They have healthcare. They have pensions. We have 100,000 retirees. Then there’s about a four to one to six to one ratio of support jobs that go with every mining job, depending on what part of the country you’re in. This would be an enormous cost obviously if the government said, “well, we owe these people something.” And I certainly agree that the country owes a great debt to coal miners. I think if would be difficult to convince Congress, the government, to do this.

CURWOOD: At this point the U.S. proposed legislation would impose restrictions on goods produced in a more carbon intensive environment of developing countries. I believe the focus is China. How do you feel about that legislation?

ROBERTS: Well, I think that there should be restrictions, and I would point out one aspect of this climate change debate that does concern us. China has to do nothing here. They’re building a coal-fired power plant every week, by the way. And it’s almost the same in India. And they have no plans to stop that. And they start making all the products that we make here. American workers have a right to ask those questions and be concerned about ‘em.

CURWOOD: Cecil Roberts, the President of United Mine Workers of America, thanks so much for taking the time with me today.

ROBERTS: Well thank you for having us.

YOUNG: Coming up –- how names like whippoorwill and chickadee illuminate some universal truths. Keep listening to Living on Earth.