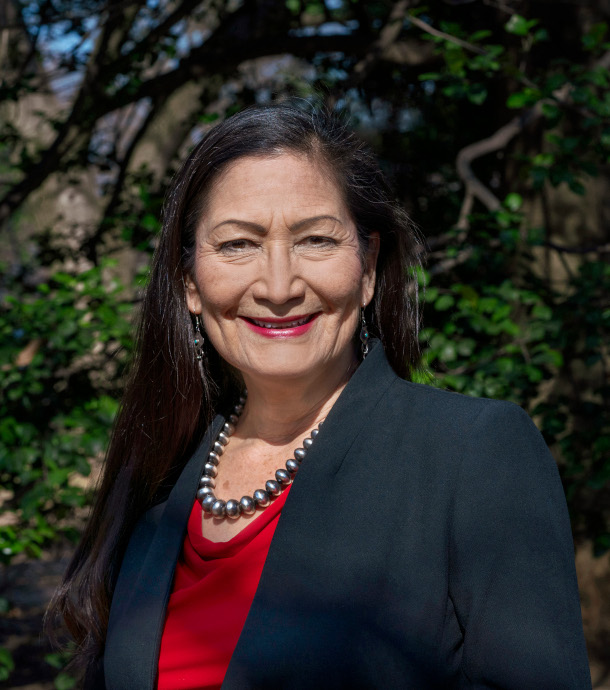 Deb Haaland was confirmed as Secretary of the Interior on March 15, 2021, making her the first Native American to serve as a cabinet secretary. Ms. Haaland previously served as a Democratic representative for New Mexico’s 1st congressional district from 2019 to 2021. (Photo: United States Department of the Interior)

On March 15th the U.S. Senate voted 51-40 to confirm Deb Haaland as Secretary of the Interior. A member of the Laguna Pueblo tribe, Secretary Haaland is the first Native American to serve as head of a cabinet agency. Her historic appointment places her in command of a department that manages US public lands and oversees the Bureaus of Indian Affairs and India Education. Host Bobby Bascomb discusses Ms. Haaland’s appointment and her priorities for the future of the department.

Deb Haaland is now the first Native American to serve as Secretary of the US Department of Interior after her confirmation squeaked through with just 51 votes in the US Senate. No stranger to being first, she was also one of the two first Native Americans women ever elected to a seat in Congress which she won in 2018 as a Democrat from New Mexico. Ms. Haaland is a member of the Laguna Pueblo tribe and traces her ancestry back 35 generations.

HAALAND: This historic nature of my confirmation is not lost on me, but I will say, it’s not about me. Rather, I hope this nomination would be an inspiration for Americans moving forward together as one nation and creating opportunities for all of us.

BASCOMB: Pueblos migrated south more than 800 years ago from areas in Utah including Bears Ears National Monument which the Trump Administration shrank by roughly 85 percent to allow for fossil fuel extraction. She is expected to keep a sharp eye on the Bureau of Indian Affairs and enhance respect for native sacred homelands, including the restoration of Bears Ears National Monument.

HAALAND: I will honor the sovereignty of tribal nations and recognize their part in America’s story. And I’ll be a fierce advocate for our public lands. 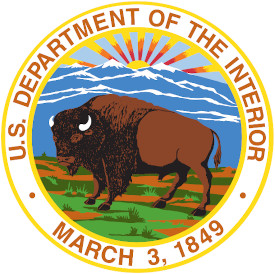 The official seal of the US Department of the Interior. This wide-ranging federal agency manages US public lands, natural resources, cultural heritage sites and oversees the Bureau of Indian Affairs. (Photo: DOI, Public Domain)

BASCOMB: As secretary of the interior Ms. Haaland has a broad portfolio from national parks to wildlife protection to the management of public lands, including permits and leases for coal mining and drilling for oil and gas. During her senate confirmation Deb Haaland faced fierce opposition from the fossil fuel industry that was already concerned about President Biden’s order pausing any new leases for oil and gas drilling on public lands. Speaking to senators she called for compromise to address the twin concerns of climate disruption and the need for fossil fuels.

HAALAND: There’s no question that fossil energy does and will continue to play a major role in America for years to come. I know how important oil and gas revenues are to critical services. But we must also recognize that the energy industry is innovating, and our climate challenge must be addressed. Together we can work to position our nation and all of its people for success in the future.

Living on Earth Interview with Deb Haaland on December 7, 2018, shortly after she won her seat in Congress.

More from LOE on Deb Haaland: "Fierce for our Planet"