Deb Haaland: ‘Fierce for our Planet’ 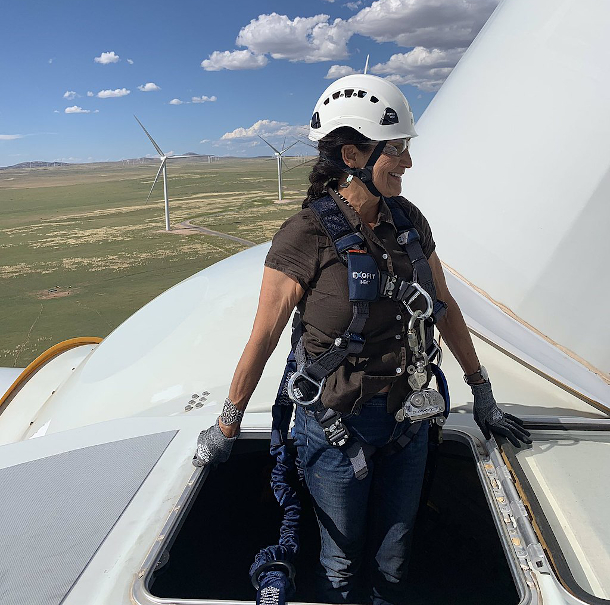 Congresswoman Deb Haaland of New Mexico is President-elect Biden’s nominee for Secretary of the Interior. She’ll be the first Native American to lead the Department if confirmed, and would bring a strong conservation, climate action, and tribal rights perspective to the department. Living on Earth’s Jenni Doering reports on Deb Haaland’s experience and what’s shaped her into who she is today.

President- elect Biden recently nominated Deb Haaland to be the next Secretary of the Interior. Congresswoman Haaland represents New Mexico’s 1st Congressional district and if confirmed she would be the first Native American to run the Department, which oversees the Bureaus of Indian Affairs and Indian Education as well as wildlife protections and public lands that cover roughly a fifth of the nation. Living on Earth’s Jenni Doering has more.

DOERING: As a member of the Laguna Pueblo tribe, Democratic Congresswoman Deb Haaland often says she’s proud to trace her ancestry back 35 generations on the land that’s much more recently become the state she represents.

HAALAND: The Pueblo Indians migrated to this area of New Mexico in the late 1200s, from Bears Ears, from Chaco Canyon, from Mesa Verde; from various other places out west here. 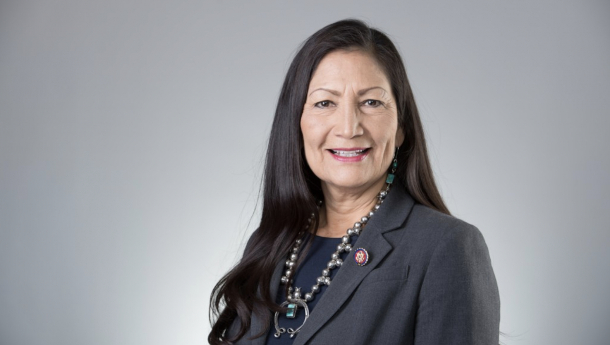 DOERING: Haaland moved around the country a lot as a kid, with parents who served in the Navy and the Marine Corps, before returning to her family’s ancestral homeland in her teens. Her political career began somewhat late in life but is grounded in her years of organizing native peoples.

HAALAND: My entry into politics really came as an adult because I just wanted more Native Americans to vote.

DOERING: That volunteering involved a lot of hard work canvassing and making phone calls, and even hearty New Mexican cuisine.

HAALAND: When I was organizing in Indian Country, I cooked a lot of food, that’s something that you can get people to come out for. And so I realize it’s different in so many communities but I loved being in Indian Country, because I know what it’s like to be Native, and I know what it’s like to converse with folks in those communities. So there you go, the big pots of green chile stew sometimes went a long way with the work I was doing and getting volunteers to show up for me. 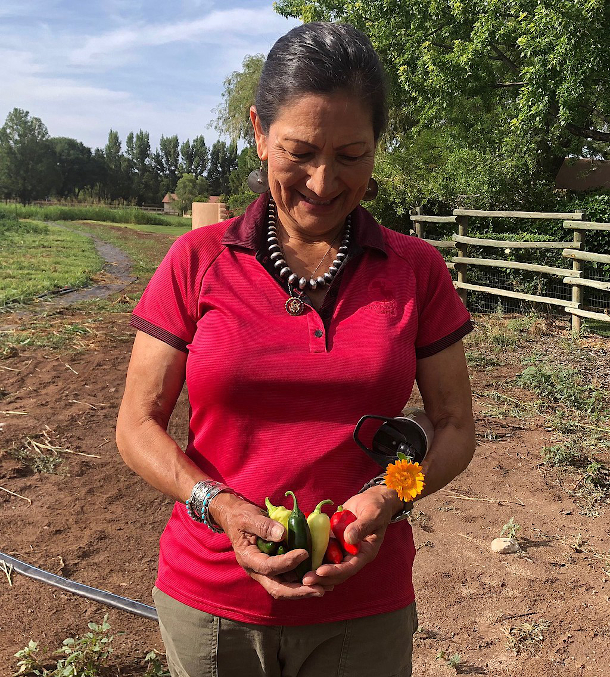 Deb Haaland sampled peppers at a New Mexico farm in August 2019 as part of a tour that helped inform a Farmer’s Bill of Rights she introduced in February 2020. (Photo: Office of Congresswoman Deb Haaland, Wikimedia Commons CC BY-SA 4.0)

DOERING: Chiles also helped put food on the table. While Haaland worked her way through law school as a single mom, she started a salsa company called Pueblo Salsa for some extra income.

HAALAND: You know, I lived paycheck to paycheck just like everybody else and I never even had a savings account. I know what it’s like to be on food stamps, know what it’s like to piece together health care for me and my child. And so I feel like in this day and time, in the middle of a pandemic with economic struggles and environmental injustice we need folks who are “close to the pain”, as my dear friend Ayanna Pressley says. And so I count myself as sort of, an everyday person who worked really hard, and ran for Congress and won.

DOERING: She’s also run several marathons, and sees political campaigning as a similar test, with lots and lots of training, then powering out the first 20 miles, and fighting hard through the grueling final six. After an unsuccessful 2014 bid for Lieutenant Governor, Haaland chaired the Democratic Party of New Mexico and led Democrats to victory in the state. Then in her 2018 and 2020 Congressional campaigns she ran on a progressive platform of environmental protection, clean energy, Medicare for All and “Abolish ICE”, U.S. Immigration and Customs Enforcement. Deb Haaland faced strong competition in her 2018 primary but easily won her seat in the general election as part of a Democratic sweep in her state and the nation. In her first term, she cosponsored the Green New Deal and made Native American issues a focus, sponsoring bills on everything from tribal broadband access, to nutrition, to COVID-19 relief for tribes. As a member of the House Committee on Natural Resources, at a 2019 hearing she questioned David Bernhardt, the man she could succeed as Secretary of Interior.

GRIJALVA: Thank you. The committee will come to order…

HAALAND: I’m going to read you a definition of tribal consultation, and that is, “to ensure tribes have a strong voice in shaping federal policies that directly impact their ability to govern themselves.” Do you agree with this definition?

BERNHARDT: Um, I agree that that’s potentially a definition. 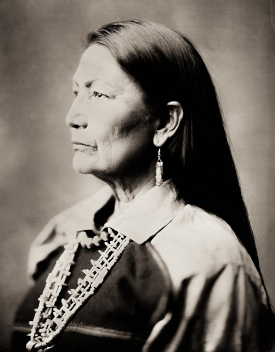 HAALAND: Uh, well, I hope you agree with it because that is your Department’s definition. I can confidently tell you that no tribal leader that I’ve talked to understands what the agency is doing, so perhaps it’s a matter of communication that needs to be addressed.

DOERING: Congresswoman Haaland also sponsored a “30 by 30” resolution to conserve thirty percent of America’s lands and waters by 2030, something President-elect Biden has said he supports. And she cosponsored a bill that would protect Chaco Canyon, a sacred ancestral homeland to the Pueblo people, from nearby oil and gas development. At the 2020 Democratic National Convention, Representative Haaland addressed a virtual audience, hoping to motivate Democratic voters to the polls.

HAALAND: I stand here today, a proud 35th generation New Mexican and one of the first Native American women ever elected to Congress. I’m a symbol of our resilience, as the embodiment of America’s progress as a nation.

DOERING: In 2018, just after her historic election to Congress, Representative Haaland spoke with Living on Earth about where her resilience comes from.

HAALAND: You know, when I think about my grandmother, who, her and my grandfather, they moved to Winslow, Arizona to work on the railroad – that was part of the assimilation policies of our U.S. government back in the early 1900s, so they moved probably in the late teens. My grandmother used to clean diesel train engines, with a bucket of kerosene and a brush; she worked the midnight shift. She kept the trains in Winslow, Arizona running on time. So I just feel like I come from this long line of very strong women – my grandmother, my great-grandmother, my mom, who is a Navy veteran and still lives out at Laguna today; so I hopefully will make my mother and my grandmother proud.

DOERING: And when Congresswoman Haaland gave a speech accepting her nomination as Secretary of the Interior she again thought of her mother.

HAALAND: Growing up in my mother’s Pueblo household made me fierce. I’ll be fierce for all of us, for our planet and all of our protected land, and I’m honored and ready to serve.

DOERING: With all the challenges now facing public lands, from climate change to fossil fuel extraction, if she’s confirmed Deb Haaland will have an ultra-marathon of work ahead of her, but she’s been training for it all her life. For Living on Earth, I’m Jenni Doering.