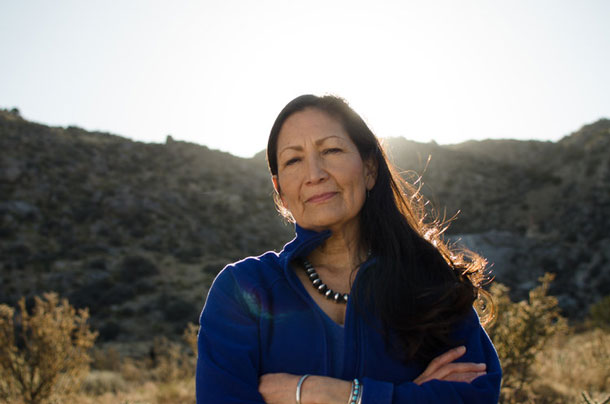 In 2018 New Mexican Congresswoman Deb Haaland bcame one of the first Native American women elected to Congress, along with fellow freshman Sharice Davids from Kansas. (Photo: Deb for Congress)

New Mexico’s 1st Congressional District is sending to Capitol Hill one of the first two Native American women to ever go to Congress, both elected as Democrats in 2018. Deb Haaland campaigned on climate change and other environmental issues, and cites a lifelong care for the environment inspired by her father. Living on Earth Host Steve Curwood talks with Deb about her environmental priorities for the new Democratic-majority House of Representatives.

On November 6th, Deb Haaland from the Laguna Pueblo tribe in New Mexico became one of the first two Native American women to be elected to Congress. Sharice Davids of the Ho-Chunk tribe in Kansas is also an incoming freshman in the House of Representatives, and both women are Democrats. Congresswoman-elect Haaland previously chaired New Mexico’s Democratic party, and she joins us now. Welcome to the show, Deb!

HAALAND: Thank you so much. Really happy to be here.

CURWOOD: Help me with some nomenclature. How do you describe yourself? Some people say Native American. Other people say indigenous. How do you identify your background?

HAALAND: I identify as a Native American woman, a Pueblo woman, if you will, from New Mexico, the daughter of veterans, a single mom, a grassroots organizer.

CURWOOD: How ancient is that society of Pueblo?

CURWOOD: Talk to me about the platform that you campaigned on, in terms of the environmental issues. I think you were involved with renewable energy, and so forth.

HAALAND: Right. So, here in New Mexico, we have 310 days of sun per year. It seems to me that we are ripe to be a global leader in renewable energy. And, we should be. And I'm happy to note that up and down the ticket, we elected Democrats who believe strongly in renewable energy and fighting climate change. So, I feel like we'll be able to make some positive changes here in New Mexico.

CURWOOD: So, in the beginning of January, you get to raise your right hand and become a member of what is it, the 116th Congress?

CURWOOD: Talk to me about what you want to work with your colleagues there to get done in terms of environmental and conservation issues.

HAALAND: So, I was back in DC this past week for orientation week. And during that time, I participated in a press conference for the Green New Deal. And there are a number of legislators who are committed to that. Part of that is making sure that the Democrats come up with viable and, I mean, I want to say hardcore, renewable energy infrastructure plan, right? I think we have to be very strong on this issue. You know, there are still climate deniers out there and it's up to us to really push this issue to make sure that we're building relationships around an infrastructure plan that everybody can get behind it. You know, when we've seen all of these hurricanes, and droughts, and fires in California, we have a responsibility to these communities to be a leader in fighting climate change, moving toward renewable energy. 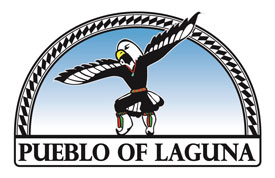 CURWOOD: The Trump administration is taking a number of steps to move ahead with fossil fuel, everything from shrinking the Bears Ears National Monument - so there could be resource extraction there - to opening up the Arctic National wildlife refuge for drilling for oil. What do you intend to do about these developments while you're in Washington?

HAALAND: We did win back the House this time around, so we can stop any bad legislation that's coming out of the Senate, for example. We can also hold hearings on issues, right? We can hold hearings on the environment, we can invite scientists, we can get all of these things on record. But I think we need to look at what's happening. We don't have to drill more. We don't have to increase the fossil fuel industry; we instead should put our resources toward renewable energy and find ways of making sure that we're coming into the 21st century.

CURWOOD: Congresswoman, talk to me about how indigenous rights are closely linked to environmental justice, in particular climate justice, from your perspective.

HAALAND: Right, of course. Well, I went to Standing Rock in September of 2016, to stand with the water protectors. I felt it was an important movement that I needed to be present at, just to make sure that I was lending my voice and adding my voice to that movement to protect a sacred lake and essentially water for this tribe. What it highlighted was that there are so many sacred sites and traditional homelands of Indian tribes that are not within our tribal boundaries. That doesn't mean that we shouldn't have a voice in how those lands are developed. That land was Indian land long before it wasn't. I just feel like we need to make sure that Indian tribes have a seat at the table, that they should have a voice in how this land is getting developed, in how things are moving forward. And so, I really feel strongly that environmental review should include a voice for tribes in any area. And if they are sacred, traditional sacred lands, that we should find a way to respect that as a country and as a government.

HAALAND: What's your perspective on the disenfranchisement that indigenous peoples endure and how they are often disproportionately affected by environmental issues?

CURWOOD: Right. Well, of course, that has a lot to do with voting as well, we saw that happen this time around. It wasn't just Native Americans, it was African Americans and Hispanic Americans. People, who are on the ground, whose voice needs to be heard above so many other peoples, and yet they found a way to ensure that they didn't have a way to vote. You know, if we take North Dakota for example, the legislator who penned the law that would disenfranchise Indian tribes in North Dakota was defeated by a Native American woman, Ruth Anna Buffalo. And I want to work hard on voting rights when I get to Congress because, when climate change hits, it's the folks who can't afford to move, folks who can afford to rebuild, it's people who can't afford to endure the cost that climate change brings with it. So, we have to ensure that these folks, the underrepresented people in our country, actually do have a voice and, and I really want to make sure that they do.

CURWOOD: How do you feel about being one of the first Native American women elected to the US Congress?

HAALAND: I mean, I'm humbled, of course. I'm honored, I'm humbled. I realize the weight that I will carry. This year in Congress, we've had more women of color elected to Congress than any time in our history. The first two Native American women after 240 plus years of not having representation, Native women finally have representation in our Congress.

CURWOOD: You're part of an incoming class that’s making history - more people of color, more women. What kind of a difference to think this is going to make in terms of America's attitude towards conservation and environmental stewardship?

HAALAND: Well, I think that it's going to make a huge difference in – it’s environmental stewardship, yes, there's so many of us, who you've seen in the news who want a green New Deal, who campaigned on that. And I think, you know, a lot of us will stand together to make sure that we're working on that. But also other voices. There's an incoming freshman, Lucy McBath, whose son was killed, who was murdered by gun violence. And she turned her grief into activism, the ultimate activism, right? She ran for a seat in Congress and won. 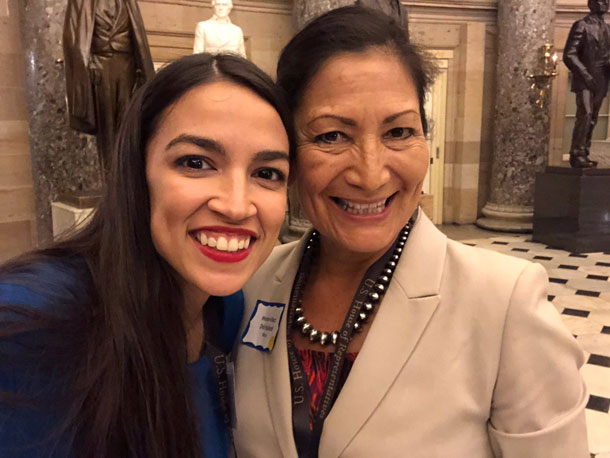 Deb Haaland (D-NM) is one of the growing group of elected representatives who have signed on to the Green New Deal, started by New York Democratic Congresswoman Alexandria Ocasio-Cortez. (Photo: Deb for Congress)

So, a lot of these issues that legislators just wouldn't touch or their voices, the ones who wanted it got drowned out. But I think that all these voices together, they're going to help us live in a new world and fight for the issues in an effective way to make sure that we are getting things done. You know, I did a TEDx ABQ talk one time. The title of it was "Who Speaks For You", but essentially, it was about what if all of our elected officials looked like the communities they serve, right? We would live in a different world. And so, I think more of that is happening as time goes on and it absolutely happened to a lot of districts in this election.

CURWOOD: So, what made you so passionate about nature and the environment?

HAALAND: My dad grew up on a farm and was extremely close to the environment. He wouldn't lecture us about nature, he would take us out and we walked for hours just walking along the beach and not saying a word. Nature was something that was very dear to him, that he felt compelled to share with us. So, me and my siblings, we care deeply about the environment, all of us. And so in this new position that I have, I'll have more of an opportunity to protect it.

CURWOOD: Deb Haaland is New Mexico's Congresswoman-elect and one of two first Indigenous women in the United States Congress. Thanks so much for taking the time with us today.

HAALAND: Thank you so much.

Updates on the protests at Standing Rock

The Select Committee for a Green New Deal Draft Text