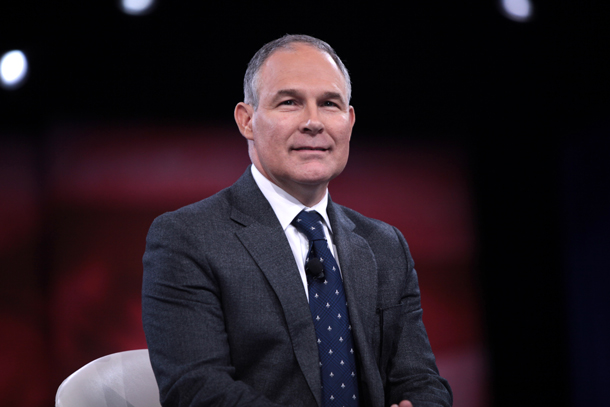 After working as an EPA Administrator under the Trump Administration, Scott Pruitt joined the coal industry as a lobbyist. (Photo: Gage Skidmore, Flickr, CC BY SA 2.0)

In this week’s installment of Beyond the Headlines, Environmental Health News Editor Peter Dykstra fills in Host Steve Curwood on the cozy relationship between the current EPA leadership and coal lobbying. Meanwhile, the Trump Administration is doling out financial relief for oil and gas companies during the coronavirus pandemic, as major fossil fuel companies face huge shortfalls. And in the history calendar, they look back 200 years to the launch of the brig HMS Beagle, which would later carry Charles Darwin around the world.

On the line now from Atlanta, Georgia is Peter Dykstra. He's an editor with environmental health news that's ehn.org and dailyclimate.org. And Peter is going to give us an update on what's going on beyond the headlines. Right, Peter, what do you got for us today?

DYKSTRA: That's right, Steve. I want to talk a little bit about something I was a little concerned about. Andrew Wheeler, the EPA Administrator, of course, was a coal lobbyists before he was in charge of environmental protection. A little concern that the coal lobby was short of personnel when Mr. Wheeler left but for the coal industry, there's good news. They lost Andrew Wheeler as a lobbyist, but they gained the guy he replaced at EPA back in 2018 Scott Pruitt. Who's now a lobbyist for Hallador, an Indiana based coal company Pruitt lobbies against the closure of Indiana power plants that are among the biggest customers for Hallador’s coal.

CURWOOD: Now, the tough times is everywhere in the economy, including the fossil fuel industry, to what extent are they getting help by the Trump administration?

DYKSTRA: There's immense help all around. Trump has made it clear that it's a priority to try and rescue the coal industry. He famously appeared during the campaign in West Virginia, while his supporters held up placards that said, Trump digs coal. And oil firms, mining firms and coal companies are receiving aid from the administration and from the payroll protection plan. In addition to Hallador which got 10 million, that's where Scott Pruitt works. There's a company called Rhino Resources. Their former CEO is now Trump's mind safety boss and Ramaco Resources got 8.4 million its CEO is on Trump's coal council. Oil companies, mining companies are all in on it, despite the fact that their troubles have very little to do with Coronavirus. 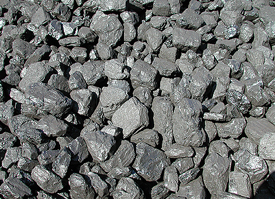 CURWOOD: Yeah, I mean, how come they're getting this money in the middle of the pandemic?

DYKSTRA: It's hard to say. But E&E News reported that at least two clean energy companies, a wind energy manufacturer called Broad Wind got 9.5 million. And then an electric vehicle company called Workhorse got 1.4 million.

CURWOOD: And even the big companies are in trouble. Peter, right. I mean, I think there's some significant losses being posted.

DYKSTRA: Yeah, the big oil companies have been running flat. Exxon actually declared its first quarterly loss since 1988. But here's one that really kind of stunned me. We remember that Chesapeake Energy was kind of the Standard Oil of the fracking business 10 years ago, they were thriving they are considering, according to Reuters, declaring bankruptcy, business has been so slow.

CURWOOD: Things are changing. Let's take a look back now at the history vault, what do you see?

DYKSTRA: I'm going to go back to 200 years May 11, 1820 the Brig HMS Beagle was launched in London. It's a Royal Navy ship designed to conduct research missions. In 1831, there was a 22 year old naturalist named Charles Darwin, who was on board. This is the trip that Darwin made to among other places, the Galapagos. And it was the basis of his writing on the origin of species a cornerstone of evolutionary science. 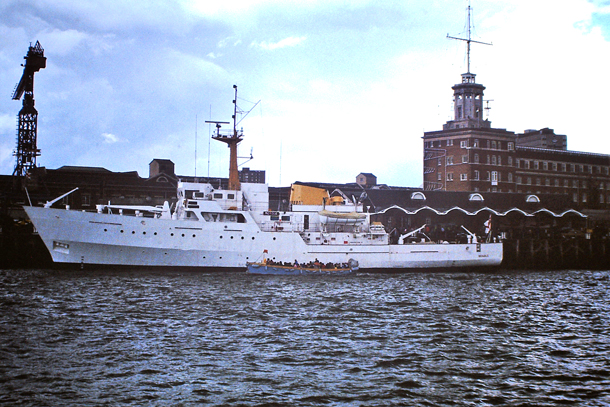 The HMS Beagle was launched in 1820 from Britain but its most famous expedition was between 1831-1836 when Charles Darwin sailed around the world aboard the ship. (Photo: Hugh Llewelyn, Flickr, Flickr, CC BY-SA 2.0 )

CURWOOD: Anything else, Peter?

DYKSTRA: Yeah, I want to give a quick congratulations to the Washington Post. A team of reporters there won a Pulitzer Prize for Explanatory Journalism for their series Beyond the Limit on Climate Change.

CURWOOD: Well, you know, me, Peter, there's no bigger story than the question of having a stable or unstable climate.

DYKSTRA: Me too, I guess that's why we're talking about these things.

CURWOOD: Thanks, Peter. Peter Dykstra is an editor with environmental health news. That's ehn.org and dailyclimate.org. We will talk again real soon.

DYKSTRA: Okay. Steve, thanks a lot, talk to you soon.

CURWOOD: And there's more of these stories on the living on earth website, loe.org.

Learn More About the HMS Beagle