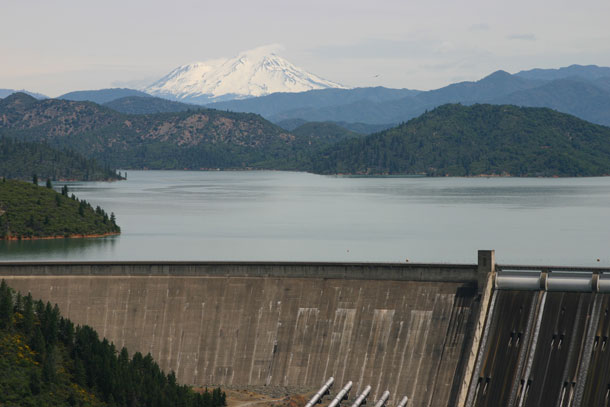 Controversy has arisen over a bid by the federal government to raise The Shasta Dam in Northern California by 18 and a half feet. (Photo: Ray Krebs, Flickr, CC BY-NC-ND 2.0)

Peter Dykstra and Host Steve Curwood take a trip beyond the headlines this week to look at the MacArthur Fellowships nicknamed ‘genius grants.’ Then they look at two proposed dams near the Grand Canyon. Finally, the two check the history vaults to examine Saturday Night Live's bee characters, who appeared in a controversial skit about Africanized Bees.

And joining us on the line now from Atlanta, Georgia is Peter Dykstra. He is an editor with Environmental Health News, that's EHN.org and DailyClimate.org. He's going to give us a look beyond the headlines right, Peter?

DYKSTRA: That's right, Steve, and I want to talk about three climate scientists that are among the two dozen or so 2019 MacArthur Genius Grant recipients. $625,000 to artists and scientists. It's distributed over five years to people who have demonstrated genius in their fields, but even more, demonstrate the potential for greater genius.

CURWOOD: You know, funny thing is the MacArthur people these days don't really like people to call them "genius grants". But in fact, the people who've gotten this money in the past, they certainly are geniuses.

DYKSTRA: And the people who got the grants this year are geniuses as well. Let's take a look at a few past grantees. The late sax player, Ornette Coleman. The creator of Hamilton, Lin Manuel Miranda. Those are two examples from the arts. From the sciences, John Holdren, who was Obama's science advisor, or Paul Ehrlich, the famous advocate on population and environment.

This year, there are three climate scientists among the recipients. Harvard's Jerry Mitrovica studies sea level rise. Andrea Dutton of the University of Wisconsin studies how ice sheets melt to create sea level rise. And Stacy Jupiter of the Wildlife Conservation Society studies the human impacts in places like Pacific islands that may be lost to rising seas and more intense storms.

CURWOOD: What else do you have for us this week, Peter?

DYKSTRA: We're going to talk about dams. In one instance, there are two dams proposed for within five miles of the Grand Canyon National Park. They would turn the Little Colorado River into a reservoir, not only ruining some scenery and sensitive ecological sites, but also sensitive cultural sites for Native Americans. And I've gotten another dam issue for you.

CURWOOD: And that would be?

DYKSTRA: Remember two years ago, when the Oroville Dam in California was said to be near collapse, threatening cities and towns down river?

CURWOOD: Building a higher dam would somehow be an improvement? I'm confused.

DYKSTRA: Well, here's a few things that could go wrong with that higher dam. Number one, the bigger lake would flood farmland, destroy a world class fly fishing stream, and a stretch of designated wild and scenic river, all while creating an even bigger consequence if that bigger dam should fail. 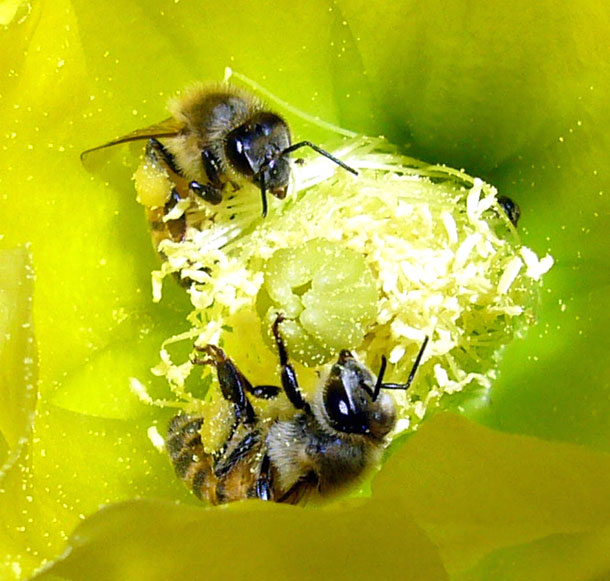 CURWOOD: Okay, so there must be somebody though, who thinks that this is a good idea? Who is that?

DYKSTRA: That would be Interior Secretary David Bernhardt. Now he's going to regulate on an issue he used to be paid to advocate for.

CURWOOD: Hmm. Well, let's take a look back now in history, and what do you see today?

DYKSTRA: Well, let's go back to October 11, 1975. The very first episode of Saturday Night Live aired. They included the first of the famous bee skits that populated the first few years of the show. The bee characters appeared several more times. Perhaps most famous was the "Killer Bees" skit that appeared in early '76. That one was about an invader bee species, aggressive Africanized Bees that had begun showing up in Texas after crossing the border from Mexico. It was feared back then that the Africanized bees would overwhelm native bee populations. But that never really happened. The skit however, is based on some pretty awful racial stereotypes of Mexicans. And what was funny to a Saturday Night Live audience back in 1976 would never make it on air today.

CURWOOD: And there's more of these stories at our website, LOE.org.

Berkeley News | “Federal Effort to Raise Shasta Dam by 18.5 Feet Is Getting Some Serious Pushback”