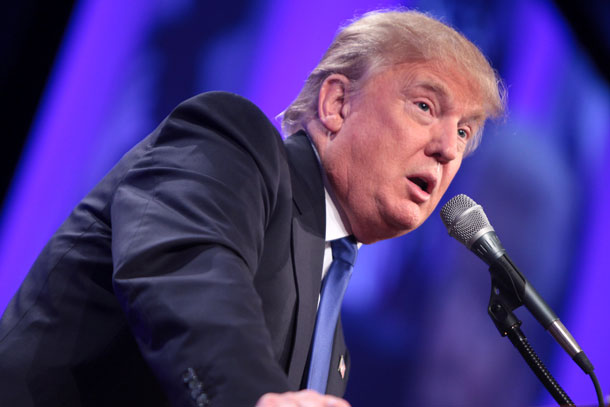 In this week's trip beyond the headlines, Peter Dykstra and Host Bobby Bascomb marvel at the numerous false statements in President Trump’s recent speech on what his administration is doing to protect the environment. Then, the two discuss a Jim Beam distillery disaster that left Kentucky River fish belly-up after swimming in bourbon. Finally, the pair look back to the anniversary of President Jimmy Carter’s ‘Malaise speech’ support for coal gasification and fracking in response to the 1979 energy crisis.

BASCOMB: It's time for a trip now beyond the headlines with Peter Dykstra. Peter's an editor with Environmental Health News, that’s EHN.org and DailyClimate.org. Hey there, Peter, what do you have for us this week?

DYKSTRA: Hi, Bobby. We're going to start with a midsummer night's hallucination from, who else, President Donald Trump. It's not just crowd size anymore that he tends to stretch the truth. On Monday, he made some remarks about his administration's environmental achievements. It came very, very close to not having a single thing he said to be truthful in any way.

BASCOMB: Well, give us an example. What did he have to say?

DYKSTRA: Well, the President said he was right about his analysis on the cause of California’s bad wildfires last year. That managing the forest floor was key. Even though the biggest fires were started off of federal land where they couldn't be managed. Remember that he also said that Finland prevents its fires by raking the forest floor.

BASCOMB: I think I remember Finland saying that they've never raked a forest floor. You know, and speaking of fire, I read this quote from the Union of Concerned Scientists. They said, "President Trump touting his Environmental record is like an arsonist talking about how valuable his work is to the fire department."

DYKSTRA: Oh, it is a job creator for the fire department. But, Trump also said that the US is number one in fighting air and water pollution, even though those numbers are demonstrably false by those who keep statistics. He bragged about crystal clear air and water. He said the US has the best drinking water, and on that one, he may actually be right according to a global index produced by Columbia and Yale Universities.

BASCOMB: And, of course, not mentioned, there was a pretty big elephant in the room.

DYKSTRA: An elephant called climate change. Didn't mention a thing about that. Although, he did mention that the US is now the world's biggest oil and gas producer. 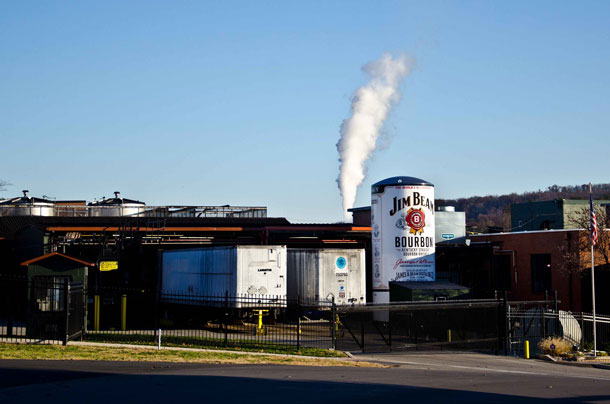 45,000 barrels were set ablaze during a fire at a Jim Beam warehouse in Kentucky. (Photo: Jamie Bernstien, Flickr, CC BY-NC-ND 2.0)

DYKSTRA: Well, it might be to his EPA Administrator and his Interior Secretary. Andrew Wheeler at EPA is a former coal lobbyist. David Bernhardt at the Interior Department is a former oil lobbyist.

BASCOMB: Hmm, this doesn't seem like much of an environmental record to really be bragging about, especially with them on his side.

DYKSTRA: Uh, are you calling it fake news?

BASCOMB: [LAUGHS] I guess if the shoe fits. Well, what else do you have for us this week?

DYKSTRA: Tragic news from Kentucky. The Kentucky River was absolutely littered this past week with dead fish in the wake of a huge fire at a Jim Beam bourbon warehouse.

BASCOMB: Ah. So, the fish went belly up from too much booze?

DYKSTRA: Belly up from too much booze. Depending on which is the bigger tragedy, the loss of bourbon or the loss of wildlife. Either way, it's not the first time that there’s been a massive alcohol spill into a waterway.

BASCOMB: Oh, really? When else has this happened?

DYKSTRA: About 10 years ago, there was a truckload of scotch that dumped into a river in, where else, Scotland. And, about 50 years ago in Newark, New Jersey, the Ballantine brewery there, dumped basically a day's batch of beer into the Passaic River. The river had a head on it for a full day. Seagulls were reportedly diving into the foam and then smashing into buildings after getting a seagull’s belly full of beer. 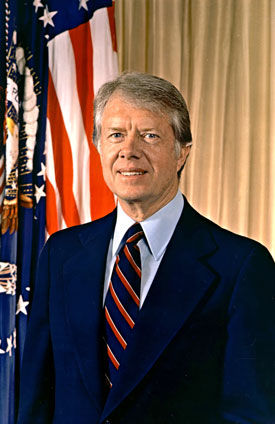 BASCOMB: Oh, man. Well, what do you have for us from the history vaults this week?

DYKSTRA: Here's a 40th anniversary. On July 14, 1979, and in response to the second energy crisis in the 1970s, President Jimmy Carter proposed an $85 billion synthetic fuel development program featuring coal gasification, making natural gas from coal, and tapping what was then called shale gas, which we now better know as fracking.

BASCOMB: That doesn't seem like a very good idea if you're concerned about climate change.

DYKSTRA: Certainly need to give Jimmy Carter credit for having the foresight to also tout renewable energy, wind and solar. Although, that clearly had very little impact since it's 40 years later and wind and solar on a large scale are just now getting off the ground.

BASCOMB: All right, Peter. Well, thanks for that! Peter Dykstra is an editor with Environmental Health News. That's EHN.org and DailyClimate.org. We'll talk to you again real soon.

DYKSTRA: All right, Bobby, thanks a lot. Talk to you soon!

BASCOMB: And there's more on these stories on our website, LOE.org.