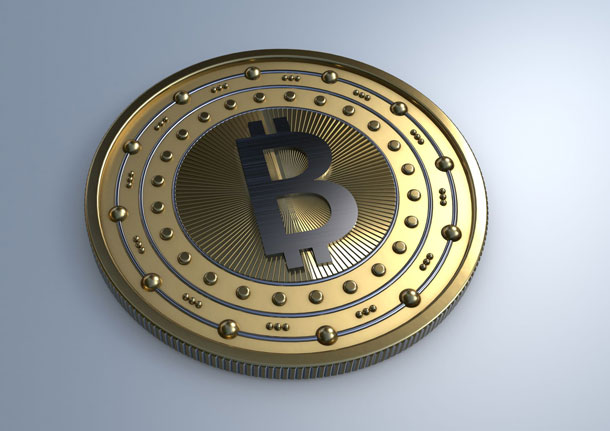 With a net value estimated at some $250 billion, Bitcoin has become the world’s premier virtual currency. Although it exists only online, it runs up huge energy costs in the real world. Data consultant Alex de Vries explains that verifying Bitcoin transactions is so energy intensive, the currency tops 159 individual countries in energy consumption. He and Host Steve Curwood explore Bitcoin’s climate costs.

CURWOOD: Bitcoin, the most popular of the new digital currencies, has shot up in value, and even though you can’t hold one in your hand, bitcoins require massive amounts of energy, and here’s why. Every transaction related to them is verified by a key group of users, called miners, who collect all those records into groups known as blocks, and compete to get their block added to the chain of record.

Every 10 minutes or so, one block is randomly selected, winning that miner a prize of new Bitcoins, and the rest are discarded. Data consultant Alex de Vries calculated Bitcoin’s energy costs, and according to his Bitcoin Energy Consumption Index, submitting all those numbers demands so much computing power that Bitcoin consumes more electricity than 159 individual countries. But Alex de Vries says the high carbon cost is intentional.

DEVRIES: Well, the energy costs are part of the reason why Bitcoin is so secure, because if you want to attack the system, first of all you need the machines and you have to spend a huge amount of money to pay for all the electricity to simply take control over the network. So, in essence, it's really part of what makes Bitcoin secure. 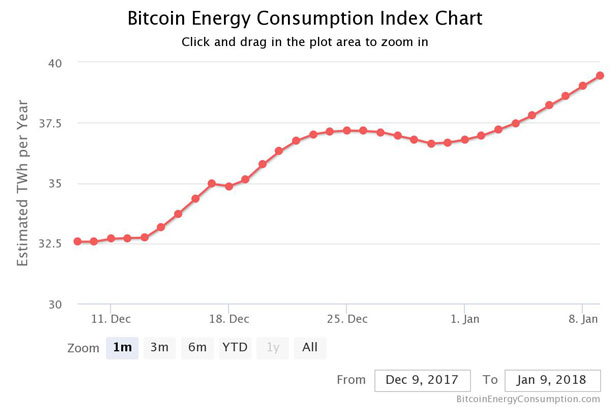 CURWOOD: By the way, how many, if any, do you have and if you do have them when did you buy them?

DEVRIES: [LAUGHS] Well, I should have bought a lot, though I actually had some bitcoins back in the day, but I already sold them in 2015, so I'm no Bitcoin millionaire. I do know that at some point I learned about the energy consumption because before 2015, I didn't know it was consuming such a huge amount of electricity because as a user you're never confronted with these costs. The electricity bill ends up at the miners’, so you'll never see how much energy is being consumed by the system.

CURWOOD: What about the creation of these Bitcoins? How much energy does it take to create one bitcoin? 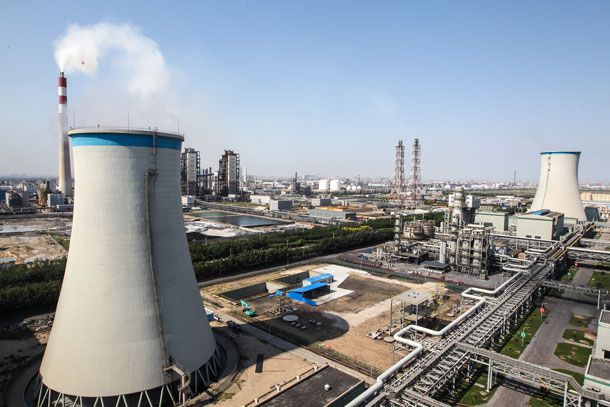 DEVRIES: It depends on where you are. In the US, the average residential rate is probably 10 to 12 cents per kilowatt hour. If you're in China, it's a lot cheaper. Then, you're probably paying just four to five cents per kilowatt hour, and in total the whole network is paying an amount of almost $2 billion US dollars per year just to mine Bitcoins.

CURWOOD: So, where in the world are Bitcoins most commonly mined these days and what kind of energy sources do these mining operations typically employ?

DEVRIES: So, what we see is that most of the miners are actually located in China, which makes the energy consumption problem a whole lot worse because China doesn't have a very clean electricity grid. From several miners, we know that they are located very near to coal-based power plants, so they are drawing a lot of coal-based electricity. That causes the carbon footprint of each Bitcoin transaction to be gigantic as well.

CURWOOD: Now, as I understand it there's a limit to Bitcoins, that there will only ever be some, what, 21 million in circulation, and at that point I would imagine that might not consume as much energy as they do now or maybe I'm wrong there. 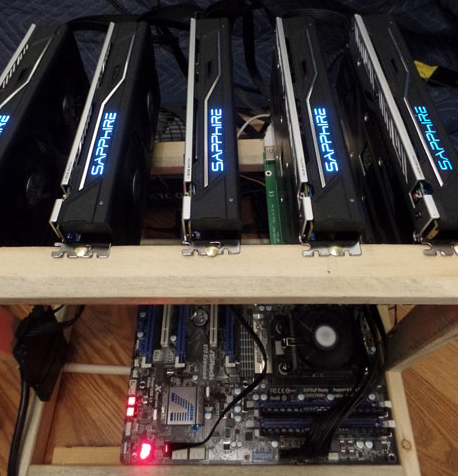 DEVRIES: Well, you're indeed right there will never be more than 21 million Bitcoins. They're released slowly over time as a reward to those who are mining Bitcoin. Bitcoin once started with a block reward of 50 Bitcoins, meaning that every one who created a new block for the block chain would get 50 Bitcoins. Nowadays, that is just 12 and a half Bitcoins per block, so it has already halved two times and it will keep on halving every four years and in a few decades all Bitcoins will be mined and there will be no more block reward. Now, you could say that might lower the energy cost simply because if the reward goes down so will the amount miners are spending on electricity, but that's a bit too simple unfortunately because as a user you're also paying transaction fees. And the whole idea is that those transaction fees, which are also claimed by the miners, will end up supporting the Bitcoin infrastructure.

CURWOOD: Because this system requires a lot of computer power and computer sophistication, it would seem to be adding to the financial fortunes of the elite as opposed to the general population of our planet. Your view?

DEVRIES: So, the strange thing is that even though we do end up with that result, it's not because of the energy cost because the energy costs, they aren't paid by the user, so that's not a problem. The only problem is that as a user you are paying for something, you are paying for getting priority in getting processed by the Bitcoin network. The whole network can effectively process only three to four transactions every second, so that's a very very small amount and if you want to be processed in a reasonable amount of time, you're going to have to pay a certain fee. 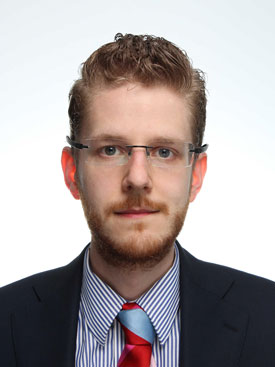 Alex de Vries is a data consultant and the founder of Digiconomist.net. (Photo: Alex de Vries)

In December, we actually saw that the average fee paid by people to simply get priority in being processed was around 26 dollars per transaction. So try to imagine if you are paying for a cup of coffee and you have to pay at least 26 dollars in transaction cost simply to have your transaction processed, that's definitely not something that you're going to be able to afford if you are poor. So, in that way it's actually going to contribute to raising economic inequality over time, or at least that's something that might happen.

CURWOOD: Look ahead at the future cryptocurrencies. To what extent are these going to replace government issued currencies ... the Dollar, the Pound, the Euro becomes irrelevant?

DEVRIES: Oh boy, you know, I don't know. I don't think it will replace the dollar. I do think that there will always be a niche for Bitcoin. You always have countries that are facing hyperinflation monetary systems that are collapsing. Places like that are actually pretty nice places to start a virtual currency. Now, if we're talking about the US, do we distrust our financial institutions that much that we desperately want to get away from them and all dump our money in Bitcoins? Well, you know, I have no problem with my bank. I trust my bank. I'm fine with them doing my financial transactions, so I don't really need Bitcoin.

CURWOOD: Alex de Vries is a data consultant and founder of digiconomist.net. Thanks so much, Alex, thanks for taking the time.

DEVRIES: And thank you very much.

Vox: “Bitcoin’s price spike is driving an extraordinary surge in energy use”