A Way to Refreeze the Arctic 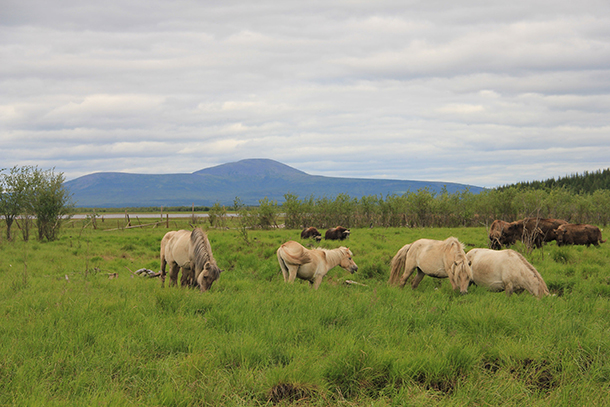 Russian scientists Sergey and Nikita Zimov have a plan to slow the thawing of the Siberian permafrost, by bringing back grazing animals to a swath of land they call Pleistocene Park. They argue trampling herds of bison, musk ox, reindeer, moose and even, perhaps, woolly mammoths compacted the snow and lowered the permafrost temperature. Living on Earth’s Jenni Doering reports on the plausibility of the Zimovs’ experiment and how it caught the attention of an American filmmaker.

CURWOOD: Melting permafrost isn’t just happening in North America, but on the other side of the Arctic, in Siberia as well. And the warming there has inspired an intriguing proposal based on the idea that restoring a "lost" ecosystem could hold the key to slowing down the thaw. Living on Earth’s Jenni Doering has the story.

DOERING: It might make you imagine a jet engine, but it’s actually roaring methane set on fire as it leaks from a melting bubble. Methane that’s a remnant of the frozen landscape that was here thousands of years ago.

ZIMOV: [SOUND OF WAVES] During the Ice Age, millions of animals roamed this territory.

DOERING: That’s Russian scientist Nikita Zimov, who lives in the far north of Siberia. At the seashore of the Arctic Ocean, where the permafrost is thawing, he pulls the remnants of these animals, like mammoth tusks, out of the mud.

ZIMOV: In places where permafrost is eroded, we often discover bones of animals.

DOERING: Nikita says these are the remains of a lost ecosystem, the end of the last Ice Age. His geophysicist father, Sergey, wants to re-create that ecosystem in Pleistocene Park. It’s an idea that captured the imagination of an independent film-maker. 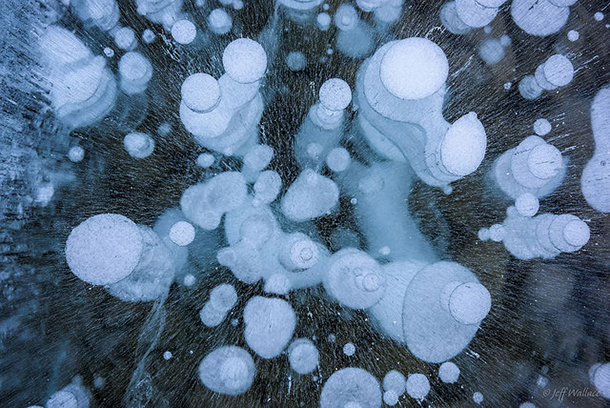 GRISWOLD-TERGIS: My name is Luke Griswold-Tergis. I’m making a documentary about Sergey Zimov. He wants to use the animals that are available today, bring this ecosystem back, restore its function, and he thinks by doing this he can prevent permafrost from melting.

DOERING: This remote and desolate corner of Siberia lies a couple of hundred miles north of the Arctic Circle. Wintertime temperatures average 27 degrees below zero Celsius. In Fahrenheit that’s about 17 below. But this frigid landscape is warming, an ominous sign for many scientists, such as Ted Schuur, a permafrost expert at Northern Arizona University.

SCHUUR: If we focus on the models that use the scenario of what we call, “the business as usual,” kind of the current human emissions of greenhouse gases,” we find that much of the surface permafrost, the top three meters of the soil, might disappear by the end of the century.

DOERING: That top three feet alone is estimated to contain twice as much carbon as what’s already in Earth’s atmosphere, and, as it’s released over the coming decades, scientists say it could spell climate disaster. Nikita Zimov believes he knows how to thwart that. 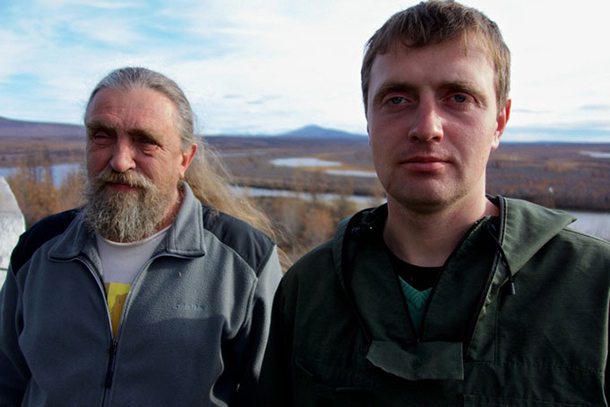 ZIMOV: There is only one theoretical chance to prevent that from happening. We must restore the Ice Age ecosystem.

DOERING: At Pleistocene Park, near the crumbling, mostly abandoned Soviet-era town of Cherskiy, the Zimovs have begun the process of restoration by bringing in some climate-adapted species, like stocky, local Yakutian horses, muskox, and wisents, or European bison. Reindeer, elk, and moose were already there, although in low numbers.

DOERING: The idea is that through the routine action of grazing and trampling the snow, these animals could lower the temperature of the ground.

GRISWOLD-TERGIS: In the wintertime, you have basically a meter-thick layer of snow. Kind of like, imagine it’s a cold night and you go to sleep outside and you put a down comforter over you, and you’re warm, like your body is warm, the air is cold, and the comforter insulates you from that cold air. So the snow is the same thing and I know this is counterintuitive, but it’s like a down comforter. It’s thick and fluffy and covers the ground and keeps the ground warmer.

DOERING: That’s where the horses, muskox, and bison come in, says Nikita Zimov.

ZIMOV: So, when animals trample down the snow they actually thin that layer of snow, making it dense, and this allow much deeper freezing during winter. 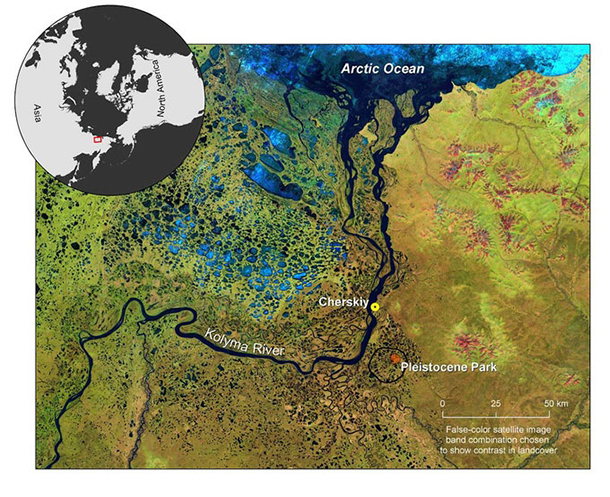 Pleistocene Park is located in the far north of Siberia, near Cherskiy. In this satellite image, the many small “thermokarst” lakes that form when permafrost melts are visible. (Photo: Pleistocene Park Kickstarter page)

DOERING: Although the Zimovs’ research is still ongoing, early comparisons of soil temperatures below the compacted snow and ungrazed terrain indicate that all that trampling does cool the ground. And other research supports the basic idea. In Alaska, Ted Schuur is studying the insulating effect of snow on permafrost.

SCHUUR: We’re creating an experiment where we cause the permafrost to thaw, so we want to simulate a future warmer world. We build these fences which are called snow fences, and they cause a drift of snow to pile up behind the fence. So we actually create this thicker layer of snow on the tundra behind these fences, and that has the effect of keeping the tundra warmer, and it starts to degrade the permafrost.

DOERING: So, in wintertime, by thinning the blanket of snow, Zimov’s animals give the way-below-freezing Siberian air better access to the ground, so the permafrost stays colder. Schuur guesses that putting grazing animals back on the landscape, however, might have unanticipated effects. SCHUUR: Animals would also be there in the summertime, and another possible effect of increasing your animals is that they might disturb the moss and soil organic layer that exists on top of the active layer. And in the summertime that has sort of the opposite effect. If you disturb the surface layer, it actually exposes the permafrost to warm summer temperatures.

DOERING: In the process of filming Pleistocene Park, Luke Griswold-Tergis also wondered about warmer summer temperatures without the insulating moss and shrubs, but says the Zimovs have an answer.

GRISWOLD-TERGIS: The summer is only three months long, and the winter is nine months long, and the winter is colder than the summer is warm, so their explanation is that the effect of removing winter snow is greater than the effect of removing summer insulation, and that the temperature of permafrost will be lower, and therefore it’ll be more stable.

DOERING: The Zimovs also hope that the part of the permafrost known as the active layer, just underneath the moss, would star in another climate-friendly outcome of their experiment. They say the grazers would help sequester carbon, by stimulating the growth of grasses that take carbon dioxide from the atmosphere and return it to the soil. Currently, grasses grow slowly there, says filmmaker Luke Griswold-Tergis. 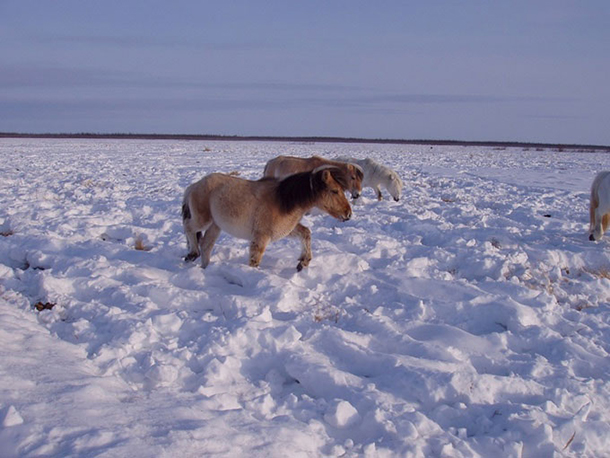 Yakutian horses are a semi-wild breed that have an extra-long and thick coat suited for Siberia’s frigid winter temperatures. Here, they trample down the insulating snow. (Photo: Pleistocene Park Kickstarter page)

GRISWOLD-TERGIS: But if a horse or a bison or a mammoth comes along and eats a blade of grass, that grass goes directly into this 37 degree fermentation vat full of microbes that digest it really quickly, like in a matter of hours to days kind of timeframe, and it returns to the landscape in the form of urine or feces, which fertilize more plants.

DOERING: When they roamed these vast steppes, mammoths would have contributed a lot to this fertilization. Their elephant cousins produce over 100 pounds of manure a day. There are efforts underway to bring back the woolly mammoth with genetic engineering, but whether that’s possible is unknown.

GRISWOLD-TERGIS: Well, Sergey is kind of...he would love to have a woolly mammoth. At the same time he wants to proceed with this, with or without a woolly mammoth, and he wants to use animals that are available now. And his son Nikita is also super pragmatic. I think Nikita said to me, he’s, like, “I don’t care whether it has five legs or six legs, I just care that it eats the grass and cycles nutrients and reproduces and can survive an Arctic winter."

DOERING: Another thing that works? An old Soviet army tank. Nikita drives it around, and its caterpillar treads flatten the snow and snap young larch trees, simulating the heavy footsteps of the huge woolly mammoths that once ruled this land. Nikita Zimov again. 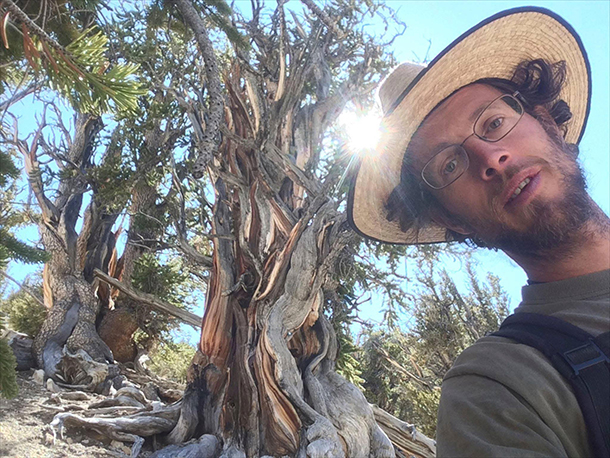 ZIMOV: We’ve been hearing talks about global warming for decades, but still problem gets only worse. In place where I live, changes become evident to everybody. We are rapidly approaching tipping point, when warming becomes unstoppable. It is too late to wait for someone else to deal with it. We must take actions now.

DOERING: In a bid to build up their herds, the Zimovs have launched a Kickstarter campaign. And if that succeeds, and they’re proven right, then this remote, isolated corner of the Earth could help safeguard the rest of the world.