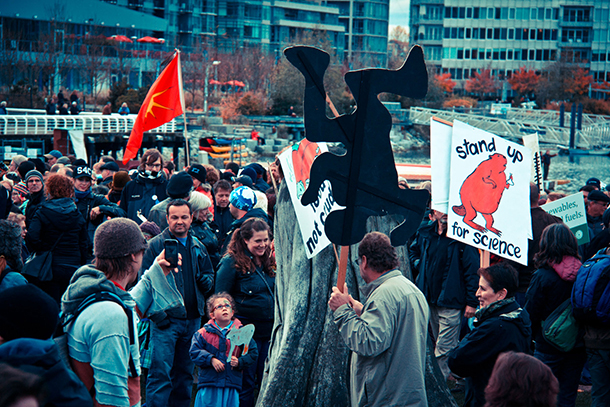 Beginning with the Death of Evidence march on Ottawa in 2012, the Canadian science advocacy group, Evidence for Democracy, continued organizing a series of “Stand up for Science” rallies in 2013 to protest Stephen Harper’s silencing of federal scientists. This one was held in Vancouver, British Columbia. (Photo: Chris Yakimov, Flickr CC-BY-NC-ND-2.0)

The new US administration quickly clamped down on scientific government agencies communicating via social media or with reporters. This type of government control is familiar to Canadian scientists who saw a similar crackdown under former Canadian Prime Minister Stephen Harper that was later reversed by Prime Minister Justin Trudeau. Host Steve Curwood asked Simon Fraser university biologist Wendy Palen what advice she has for her American colleagues.

CURWOOD: Now, one of the issues that brought hundreds of scientists out on the streets in Boston was the call for science to speak freely. When President Trump took over the US government in January, staff at several government agencies were told not to send out news releases or communicate by social media, and most mention of climate change disappeared from some government websites. Changing the message on issues that could affect policy is standard operation with a change of administration, but many saw this as censorship of government scientists, akin to moves taken in Canada under now former Prime Minister Stephen Harper. Back in 2007, he restricted federal scientists from speaking to the media, particularly on environmental issues. Among the Canadian scientists reaching out in support of their counterparts in the US is Wendy Palen, biology professor at Simon Fraser University in British Columbia, and chair of the group Evidence for Democracy. She joins us from near Vancouver. Welcome to Living on Earth.

PALEN: Thanks. It's a pleasure to be here, Steve.

CURWOOD: First off, tell me what kind of research do you do?

PALEN: I work on water and the organisms that depend on water, so I study climate change, I study energy. I study where water is today, and where it's going to be tomorrow -- what the repercussions are for many different organisms that depend on water, including humans. One of the things that I'm working on right now is actually trying to provide a bit of a scientific synthesis or an overview of what we understand and what we don't understand about things like unconventional oil and gas materials in freshwater and marine ecosystems. So that's about the large uncertainties around our ability to plan for environmental contamination from unconventional oil and gas.

CURWOOD: Now understanding that you’ve done a fair amount of work on the impact of what happens when oil hits water. I imagine that you were the bull’s-eye went by Minister Steven Harper first began censoring federal scientists.

PALEN: It was certainly of concern to myself and many other of my colleagues. As an academic scientist, I am protected in a way that most federal scientists are not from political influence because I work at an institution of higher learning and higher education where my job is really about knowledge and discovery, but I was concerned about my federal science counterparts in politics.

CURWOOD: So, what was it like when former Prime Minister Stephen Harper first began censoring the federal scientists, and what else happened?

PALEN: You know, one of the challenges was actually finding out about that censorship and the stories came out in sort of bits and pieces from colleagues and it was hard to discern originally the effect of, you know, kind of any one manager requesting a scientist not going to a meeting or not speak to the media from a more pervasive issue that emerged which was that this was actually coming from very high within the government -- that censorship was happening across federal agencies, not just any one agency, and that scientists were routinely being denied permission to speak to the media -- being denied permission to speak about their research at conferences and that they felt like they would suffer repercussions if they spoke out about it.

CURWOOD: And what happened in terms of funding or access to research facilities at the same time? 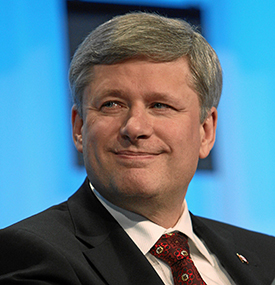 PALEN: Yes, so around the same time what happened was a budget bill was passed that actually cut the funding to many different research institutions as well as locations where work was done, so fieldwork and research stations in the high Arctic as well as a place called the experimental lakes area that has sort of been the marquee example of where the government works with scientists to actually understand how contaminants and environmental pollution interacts in our ecosystem and what the human health consequences are of those kinds of pollutants, and that facility was ... their entire funding was slated to go to zero essentially, as was an Arctic research facility and several others. And there's sort of a systematic almost feeling to it -- that the kinds of facilities that were being closed or whose budgets were slashed were the kinds of organizations that were documenting changes in our environment, from atmospheric changes to water quality changes for human health to environmental and biodiversity changes.

CURWOOD: Which disciplines of science were the most affected do you think by this call for censorship by the Harper government.

CURWOOD: And what effect did this have on research?

PALEN: What we know is that there was a decline of about 80 percent in the research having to do with climate change at least in terms of how it was communicated and published from those agencies after these rules went into play. So it was...it had a very, what we would call a chilling effect on our ability to study these problems with the environment as well as our ability to communicate about them.

CURWOOD: And to what extent did scientists speak out during this time?

PALEN: I think that's where we as a Canadian scientific community really came together was trying to create support for scientists to be able to speak out. So part of it was documenting the problem and seeing that it was actually quite systematic, and then the next step was really trying to create opportunities for those scientists to safely share their stories either anonymously or through their academic colleagues or scientific societies, and so that's where we really came together to speak out about the problems and most prominently so during what's called the Death Of Evidence rally in 2012 which was sort of a staged mock funeral on the stairs of Parliament in Ottawa where scientists came out and marched as a funeral procession holding up signs about the death of evidence and the way in which scientists were being censored and muzzled.

CURWOOD: How safe was the data they had gathered, and how much of it survived?

PALEN: You know, that's a pretty hard question to answer. We know that there are some cases where datasets were actually literally thrown into dumpsters. There were libraries that were closed, research libraries at different facilities where we know that some of the older documents that were in those libraries were never digitized, and so they predated the electronic forms of communication, and so some of that is lost forever. It's a little bit hard to even imagine the value of those documents, but in other cases where there were electronic copies. Things were well protected.

CURWOOD: What's the biggest thing that you notice now that Prime Minister Trudeau has taken over compared to what life was like during the Harper years? 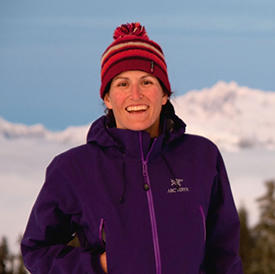 Wendy Palen is an associate professor of Biology at Simon Fraser University and board chair of Evidence for Democracy. (Photo: Wendy Palen)

PALEN: I think what I notice is that there is a lot of vocal support for the role of science and evidence in decision-making, and I think that there's a lot of genuine interest in protecting scientists as a group with people who are tasked with expanding our knowledge and science by itself is completely apolitical. Facts are apolitical. And so recognition by government is a very important thing and that serves to reassure those of us in scientific community.

CURWOOD: What advice do you have for scientists in the United States who are facing similar restrictions? The Trump administration has issued gag orders for scientific agencies, including the EPA.

PALEN: You know, the lessons we learned in Canada are very relevant to the United States right now, and there's a couple of key messages that I would have for scientists in the US. One is that you need to find ways to document the abuses or cases where there's unethical behavior happening within agencies or scientists being individually censored or told that they need to change something in a report or that they can't speak to the media, but the broader message is about coming together as a scientific community. So those of us that are in relatively safe and protected positions need to really stand up for our colleagues who are more vulnerable, and right now I think those are the colleagues that are in federal agencies like the Environmental Protection Agency or the Department of Energy.

CURWOOD: Typically scientists, they want to work in the lab and on their data, aren't much interested in politics, and yet you seem to suggest that's also part of the job, that people need to look at what's going on in the society around them if they're scientists.

PALEN: Yeah, I do. I agree with you. I think that a lot of my colleagues as scientists are much more comfortable putting their nose to the microscope, working on these really important problems that they and a close community of colleagues really understand, and that it is harder to stand up and actually speak as a group and to speak out publicly, and I think what we learned in Canada is that there's incredible value in doing that because what it does is it potentially engages the public in these issues that they deserve to know about, and if every scientist kept quiet, kept their nose down, we would never hear about this. And so there is a really important role for scientists to speak up for the integrity of the process of science when it's being threatened.

CURWOOD: Wendy Palen is Associate Professor of Biology at Simon Fraser University in British Columbia. Wendy, thanks so much for taking the time with us today.

PALEN: You bet. Thank you, Steve.