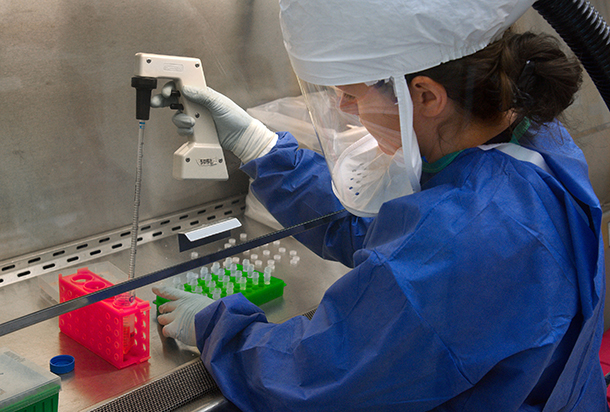 Winter brings short days and the seasonal flu, and in Europe there’s already an epidemic of the H5N8 bird flu. Living on Earth’s Helen Palmer decodes what H5N8 means, why we use these terms and how flu that infects animals can affect humans and the annual flu vaccination.

CURWOOD: January in much of the US is prime time for some of the coldest and driest days of the year, and those conditions seem to boost the spread of seasonal influenza among humans. But for birds in Europe and Asia flu season is already in full swing. There’s an epidemic of the H5N8 flu among poultry in Europe, and in Asia the H5N6 strain has been widespread, and another called H7N9 has not only infected birds, but it has also sickened and even killed some farm workers in China. All this set us to wondering what exactly these Hs and Ns are, and how they relate to our seasonal flu shots. So we asked Living on Earth’s Helen Palmer to do some digging.

PALMER: Well, Steve, there are many different kinds of influenza, and they typically mutate easily and frequently. And the reason flu researchers use those enigmatic Hs and Ns is so most of us don’t have to learn how to pronounce the words Hemagglutinin and Neuraminidase, which is what they stand for. Those are proteins on the surface of the Type A influenza virus that allow it to grab on to and infect cells.

Hemagluttinin comes in 18 flavors and Neuraminidase in 11 and that’s what the numbers refer to.

On top of that, flu can be Type A, B, C or D. Type C is usually very mild, and type D mostly infects cattle, so it’s Types A and B that cause the seasonal human illness. Medical authorities base the annual US flu vaccine on strains that circulated the previous year in Asia. This year’s vaccine is designed to protect against Type A strains H1N1 and H3N2 as well as a B strain. 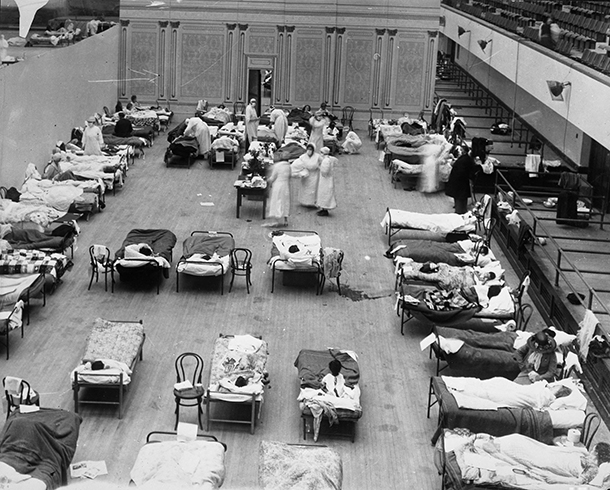 B strains aren’t split up into sub-groups, but divided by origin. This year it’s Brisbane. B strains are often not as common, but are thought to be more dangerous for children.

So far this year, the CDC says US flu activity is “elevated” but there’s no kind of epidemic.

Now, numerous animals can catch the flu, but aside from people, the main reservoirs of infection that matter for humans are birds and pigs. Avian flu spreads all over the globe because it’s carried by migrating birds. Often they don’t become sick, but they can easily infect domestic flocks of chickens or ducks. That’s how come there’s a major epidemic of the H5N8 flu strain in most countries of Europe, where hundreds of thousands of chickens, ducks, and turkeys have already been slaughtered.

Typically bird flus don’t infect humans, but when they do, it can be deadly. Experts think the 1918 flu pandemic was a mutated bird flu, and the current H7N9 has killed three people and sickened dozens in China, though it’s mild for ducks and chickens. Meanwhile, in Korea, some 30 million domestic fowl have been culled to prevent the spread of the H5N6 flu. And, Steve, this isn’t just academic, public health folks are always on the alert, because there’s always the danger of that this usually mild disease could mutate to spawn another pandemic.