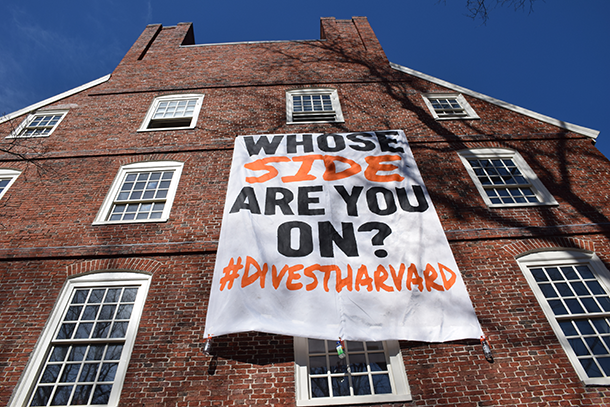 Student activists calling for a shift away from fossil fuels say that institutions that refuse to act forfeit their status as moral leaders. Harvard Law student Ted Hamilton discusses with host Steve Curwood the lawsuit that’s attempting to compel Harvard to divest its portfolio of fossil fuels, and the connections between divestment and the broader climate movement.

CURWOOD: Like the campaigners in Paris, back in 1970 the first Earth Day saw many activists and concerned citizens take to the streets. But those demonstrations mostly focused on air and water pollution and mindless development. Although there are still plenty of protests against pollution, sprawl and habitat loss, today much of the environmental movement is focused on the changing climate, and climate justice and responsibility are just what Ted Hamilton is calling for. He’s a Harvard University Law Student, a member of the Divest Harvard student group and a plaintiff in the student lawsuit that’s asking the courts to order Harvard College to divest its endowment from fossil fuels. Ted Hamilton, welcome to Living on Earth.

HAMILTON: Thank you for inviting me.

CURWOOD: Now, most people who come to Harvard Law School don't come to rock the boat. A law degree from Harvard is generally a ticket to everything from the presidency of United States, Supreme Court, major law firms. Why are you involved in these protests?

HAMILTON: Well, I think that being in a place like Harvard and Harvard Law School gives you a really special opportunity to rock the boat, as you said. People listen to you maybe unfairly, there's unfair attention shined upon the Harvard campus and so even though we're students we have this unearned power to influence conversation and to make a difference for the climate movement. I care a lot about a lot about the law and I care a lot about what I'm learning at Harvard Law School but climate change is so important that there's not really time to take a seat and take time out as a student. We have to be doing everything we can right now regardless of what we're doing.

CURWOOD: Talk to me about for the divestment campaign at Harvard. What you hope to accomplish with this campaign? 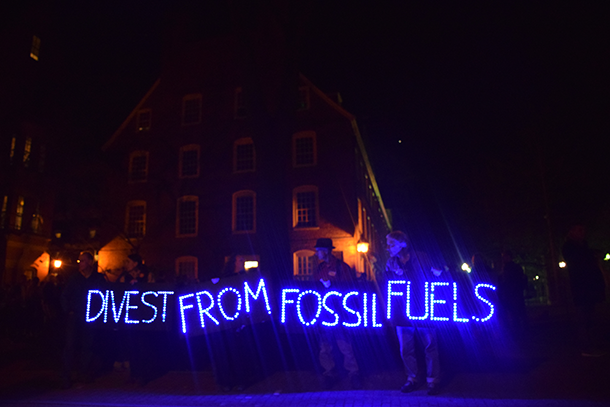 HAMILTON: Like a lot of other divestment campaigns, I think one of our primary goals is to shine a light on the moral urgency of climate change. This is not just a technical issue. It's not just a scientific issue. The morality of the fossil fuel system as it is, is something that implicates powerful institutions like Harvard and so one of the first things that we need to do if we're going to enact more proactive climate policies is turn around the thinking that places like Harvard have nothing to do with climate change. We need to start realizing how important all the different bricks like Harvard's fossil fuel investments are to building a wall and impeding change. One thing we want to do is change the consciousness around business as usual and encourage actors that might seem outside of the climate debate to realize that inaction is also a choice and we all need to do something.

CURWOOD: Now, recently Yale's chief investment officer, David Swenson who's is well-known in that role announced that Yale is starting to reduce its exposure to fossil fuels, in other words, it's in the process of divesting. How do you folks at Divest Harvard feel about this news? I mean, after all, Yale is Harvard's biggest rival.

HAMILTON: I think it is good move by Yale. My personal opinion is that Yale divested for good reasons, not the best reasons. It's another signal that the fossil fuel industry is a thing of the past, society is moving on. We know that in a few decades from now, society will have to reach a point where places like Yale, places like Harvard are not investing in fossil fuel companies and so this is kind of just sticking your finger in the air, seeing which way the wind is blowing...it's time to get out. Better reasons to divest are because it's wrong, not because it's failing to make money for very rich institutions, but it's a great signal of where we are and that we've turned the corner where this is no longer a good or a prudent thing to do.

CURWOOD: Talk to me about the student lawsuit you brought against Harvard. You and some your classmates are in court. I think you called it the Harvard Climate Justice Coalition versus the president and fellows of Harvard College. What do you want in this lawsuit?

HAMILTON: We filed the lawsuit in the fall of 2014 and we have two claims, one is that Harvard is violating its charitable duties by investing in fossil fuels while knowing the tremendous harms that flow from global warming. They are also committing a tort against future generations by helping to perpetuate further fossil fuel infrastructure in the burning of carbon reserves, and so the relief that we seek in court is that Harvard identify and start to pull out of the publicly traded fossil fuel companies in which it has direct and indirect investments.

CURWOOD: And for the non-lawyers explain what the tort is as a concept by the way.

HAMILTON: A tort is a wrong that you do to somebody else, and so if I hit you with my car that's a tort. If I invest in fossil fuel companies and perpetuate the global warming that's going to lead to sea level rise and hurt many countries and many people, that's a tort as well. 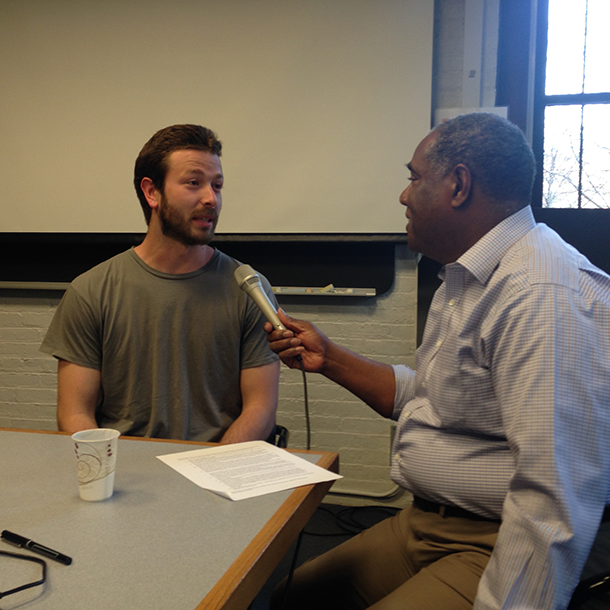 CURWOOD: There was a time that Harvard did very well by investing in fossil fuel companies going back more than a century. At what point did it become in your view a breach of fiduciary trust to invest in this stuff?

HAMILTON: Well, one important point to focus on I think is what institutions like Harvard or companies like Exxon Mobil know about climate change. There was a certain period of time where many people didn't really realize the consequences of burning carbon reserves in our fossil fuel economy. But that point is far behind us now. Harvard has known for a long time the support that it gives to the fossil fuel system, to the fossil fuel industry, and especially now when we see peer institutions divesting, a lot of people have made the moral choice. It's very hard to argue that Harvard's continued public support for the fossil fuel industry is anything but a decision in favor of business as usual and against climate justice.

CURWOOD: So, Ted, you're about to get out of Harvard Law School, graduate, what are you going to do?

HAMILTON: I am starting a nonprofit with two of my colleagues called the Climate Defense Project to provide legal support to the climate movement, to climate activists and to try to push the edges of affirmative climate litigation.

CURWOOD: Well, what kind of cases are you looking to take? 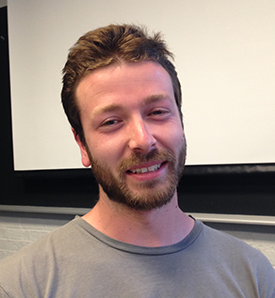 HAMILTON: Well, we really want to support people who are being arrested for acts of civil disobedience to try to stop fossil fuel infrastructure or draw attention to the climate crisis. So we would love to defend activists at trial who are putting their bodies on the line for this issue, trying to use the law as another venue for activism and continue their campaigns through the trial system. The public trust litigation that some folks have experimented with to hold the government to its obligation to protect environmental resources, constitutional claims, some of the divestment litigation that we discussed...I think there's a lot of creative law to be done with regards to climate change issues.

CURWOOD: You're an activist who's been involved in this for long time. How you feel about the Paris climate agreement that was reached at the end of last year?

HAMILTON: Well, it's a good milestone, 1.5 degrees Celsius is what the countries of the world agreed to target. It is a good talking point, it's something that we can bring out to the movement and bring out to the unconvinced about this is now just the common sense of what we need to do to save the planet, but there weren't very many binding requirements that came out of the Paris agreement and so I don't think that global society should be looking to its heads of state and the corporate leaders who were heavily involved in negotiations in Paris to solve this problem for us. They can recognize what the science is but we still do not see the binding requirements that we need to actually make that limited warming a reality. So there's still a whole lot of work to do.

CURWOOD: Ted Hamilton is a Harvard Law Student who plans to become a defense attorney for environmental activists. Ted, thanks so much for taking the time with us.

HAMILTON: Thank you very much.


Listen to our previous coverage of the Harvard Divestment movement

About the Climate Defense Project

About the Harvard divestment student lawsuit