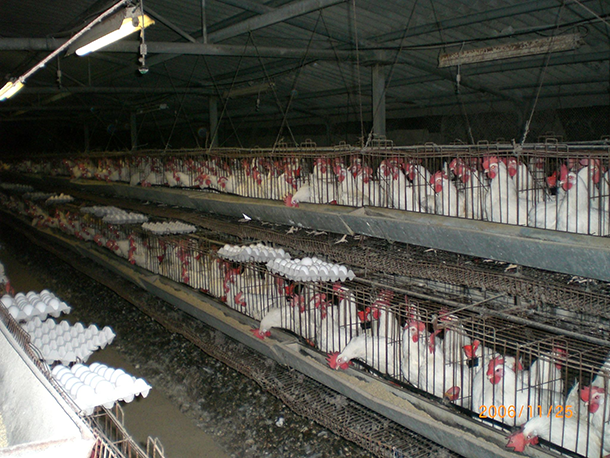 In his weekly trip beyond the headlines, Peter Dykstra tells host Steve Curwood about a Florida governor’s unwritten gag order on “global warming” terms, gives an update on China’s air pollution film that went viral, and explains how distributors are acting since legislation proposed to cut prophylactic antibiotic use in livestock continues to face Congressional resistance.

CURWOOD: It's Living on Earth. I'm Steve Curwood. Peter Dykstra joins us now, with his weekly dissection of the world beyond the headlines. Peter’s with Environmental Health News, that’s EHN.org and the DailyClimate.org, and he’s on the line now from Conyers, Georgia. Hi there, Peter.

DYKSTRA: Well, hi, Steve. Let’s start by taking you away from all that New England snow down to the Sunshine State, where Governor Rick Scott knows it’s warm but can’t seem to make up his mind on whether or not it’s going to get warmer in the future. This past week, the Florida Center for Investigative Reporting broke a story based on interviews with a former attorney and a contract employee with the state Department of Environmental Protection in which they say they were ordered not to use the words “global warming” or “climate change” in any official documents or correspondence.

CURWOOD: Huh, do they have this in writing?

DYKSTRA: No, and Governor Scott denies that there was any such policy, but the report never said it was a stated policy, just an unwritten one. And to back it up the Governor went on to defend his environmental record, specifically citing what the state has done under his leadership in things like fighting beach erosion and flood control.

CURWOOD: But, wait, aren’t beach erosion and flooding two of the consequences of climate change?

DYKSTRA: Hold your horses, Mr. Curwood; the Governor has never said whether he thinks climate change is real. When first elected Governor in 2010, he said he was “not convinced that there’s any man-made climate change,” and he pretty much doubled down on that during his re-election campaign last year and he denies the climate denial gag order he’s been accused of. But two days after the Governor’s denial, a third person came forward, telling the Washington Post that she was told to delete four references to climate change from a paper about foodborne illness that may be linked to climate change.

CURWOOD: So we have the word of these employees against the Governor, but since Florida is one of the places that would have the most to lose from climate change and sea level rise, it kind of sounds like the Governor is sticking his head in the sand. 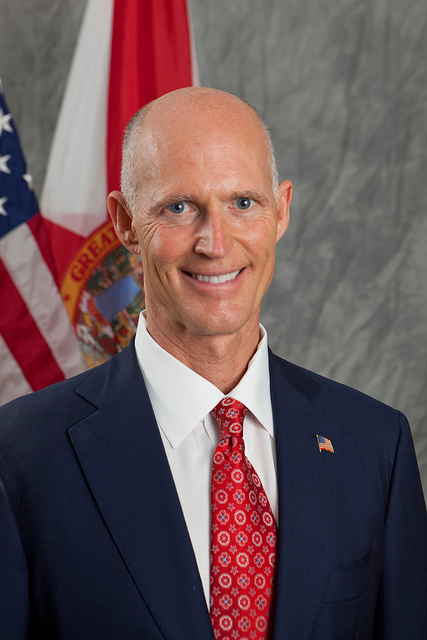 DYKSTRA: Yeah and in all likelihood, sticking your head in the sand in Florida is soon going to be a drowning risk.

DYKSTRA: Here’s a quick update on “Under the Dome,” the viral video documentary from China we talked about last week on the show. Remember that the video got about a hundred million views in its first three days? It wasn’t clear when we recorded the show how long the Chinese government would let the video remain available for Chinese web users. You’ll never guess what happened next.

DYKSTRA: Well, in China at least. But not before “Under the Dome” – produced by a former China Central TV news anchor with her own money – reached hundreds of millions more people. And of course when China belatedly censored “Under the Dome,” it triggered another wave of worldwide news attention about China’s pollution crisis.

CURWOOD: And if you’re listening and you’re curious just go to LOE.org, our website, and we’ll link you to “Under the Dome” with English subtitles. Peter, bring us something from the history calendar.

DYKSTRA: Six years ago this week, a New York democratic Congresswoman named Louise Slaughter introduced the Preservation of Antibiotics for Medical Treatment Act, or PAMTA, a bill designed to restrict the use of antibiotics in livestock and poultry. An estimated 80 percent of antibiotics sold and used in the US are pumped into our food animals, to promote growth, but mostly to prevent the spread of disease in massive factory farming operations,

CURWOOD: And antibiotics designed to treat diseases are used on these farms not to cure sick animals, but just in case, right?

DYKSTRA: Right, but that creates other problems. When you pump chicken and cattle full of antibiotics, you’re accelerating the rate of creating antibiotic-resistant bacteria – that's not a good thing. You’re also depriving the market of antibiotics to serve their intended purpose, fighting disease outbreaks in humans. Overusing antibiotics on factory farms to prevent disease outbreaks is like the fire department coming through town every night and flooding every house so nothing can catch fire.

CURWOOD: So this bill came in six years ago, what’s happened since?

DYKSTRA: This is Congress, Steve, get real for a minute. Louise Slaughter has re-introduced the bill four times with no success. I’m no scientist, as you know, but fortunately, Louise Slaughter is - she’s a microbiologist. If Congress can’t listen, there was news this week that retailers are. McDonalds announced that they plan to phase out buying chicken raised with antibiotics, and Costco said it’s working its own phase-out plan. Stay tuned to see if this is the beginning of a trend.

CURWOOD: Our trendsetter, Peter Dykstra, is with EHN.org and DailyClimate.org. You can find out more about all these stories at our website LOE.org. Thanks, Peter.

DYKSTRA: OK, Steve. Thanks a lot. We'll, talk to you soon.

In 2010, Florida Gov. Scott stated that he's “not convinced that there's any man-made climate change”

Watch “Under the Dome” viral film on China's smog problem

The Preservation of Antibiotics for Medical Treatment Act

McDonald's USA to phase out human antibiotics from chicken supply

Costco is working to end use of human antibiotics in chicken