Coal Baron Indicted in Mine Disaster 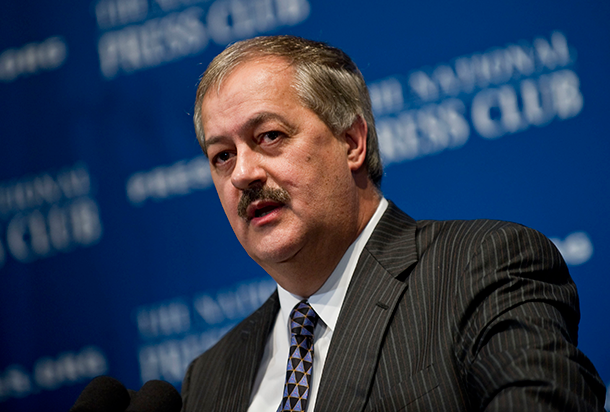 In 2010, in one of the deadliest mine accidents in US history, an explosion at the Upper Big Branch Coal mine in West Virginia killed 29 miners. Now Don Blankenship, the CEO of mining company Massey Energy, is facing federal criminal charges related to the disaster. Law professor Patrick McGinley talks to host Steve Curwood about the case.

CURWOOD: Well, if burning coal is bad for public health, mining it underground can cause serious illnesses like black lung, and it’s a dangerous profession. In 2010, the deadliest US mining accident in over four decades killed 29 workers in an explosion at the Upper Big Branch Mine in West Virginia. Don Blankenship, a prominent coal baron and the CEO of Massey Energy that owned the mine now faces criminal charges for an alleged conspiracy to evade federal mine regulations and mislead investors and regulators. Patrick McGinley, a law professor at West Virginia University was part of a state investigation into the accident, and he detailed the federal charges against Mr. Blankenship. 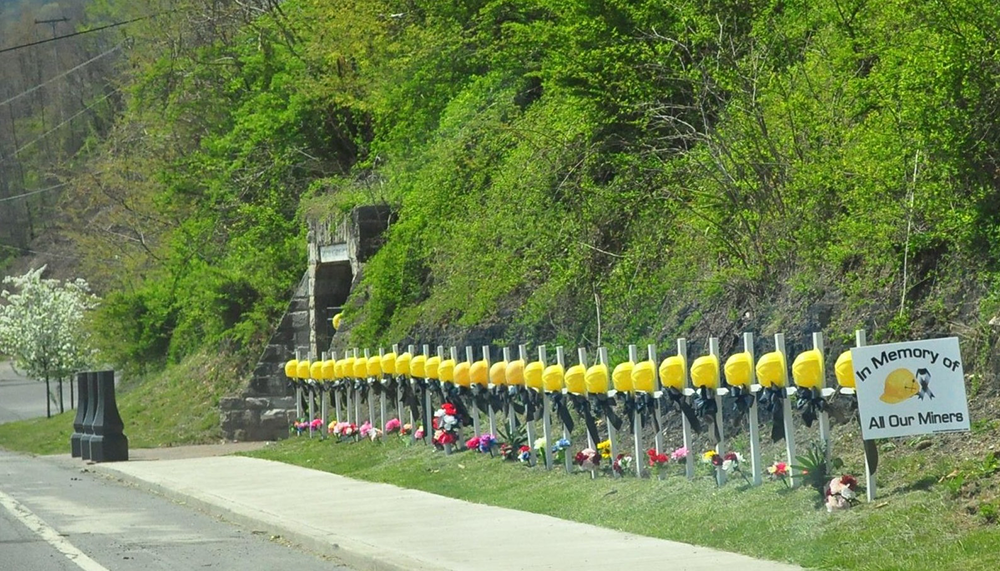 MCGINLEY: The first conspiracy count accuses Mr. Blankenship of overseeing operations that put profits before miners' safety, and the indictment includes references to a paper trail of communications between Mr. Blankenship and mine officials at the Upper Big Branch Mine indicating that he was placing extraordinary pressure on the management there to produce coal and give short shrift to basic safety procedures. There's another count that alleges that Mr. Blankenship created an atmosphere and instructed the president of the Massey Energy subsidiary to carry out a policy of warning miners underground that federal inspectors were on their way to inspect the mine, and that type of warning is a felony under federal mine safety law.

CURWOOD: Why is that illegal?

MCGINLEY: If the mine is being operated in an unsafe manner and the law and regulations are not being complied with, then warning that the inspectors are on the way allows the foreman and the miners working there to correct those violations so they won't be cited and fined.

CURWOOD: What particular violations are alleged here that were being allegedly gamed by Mr. Blankenship under his orders?

MCGINLEY: The mine was being operated without regard to the requirement that adequate ventilation be afforded to miners working underground, and ventilation is known as the lifeline of a coal mine. Ventilation air blowing through the mine and exhausting, that carries out dangerous explosive cold dust and also explosive methane gas, and the indictment alleges that the company was not following those basic requirements and exposing coalminers to exactly what happened - a catastrophic event - which ultimately killed miners as far as a mile away from the point of ignition.

CURWOOD: How surprised were you by the decision to indict Mr. Blankenship?

MCGINLEY: I was surprised only insofar as there was a question whether there was the political will in the federal government to proceed with an indictment. I worked on the investigation of the Upper Big Branch Mine for more than a year for the Governor's independent investigation panel, and my view was that there was sufficient evidence to go much higher up the chain of management than the lower level Upper Big Branch employees who were previously indicted.

CURWOOD: You must have seen a lot of evidence investigating this for the governor of West Virginia, but what pieces of evidence did you find most compelling? 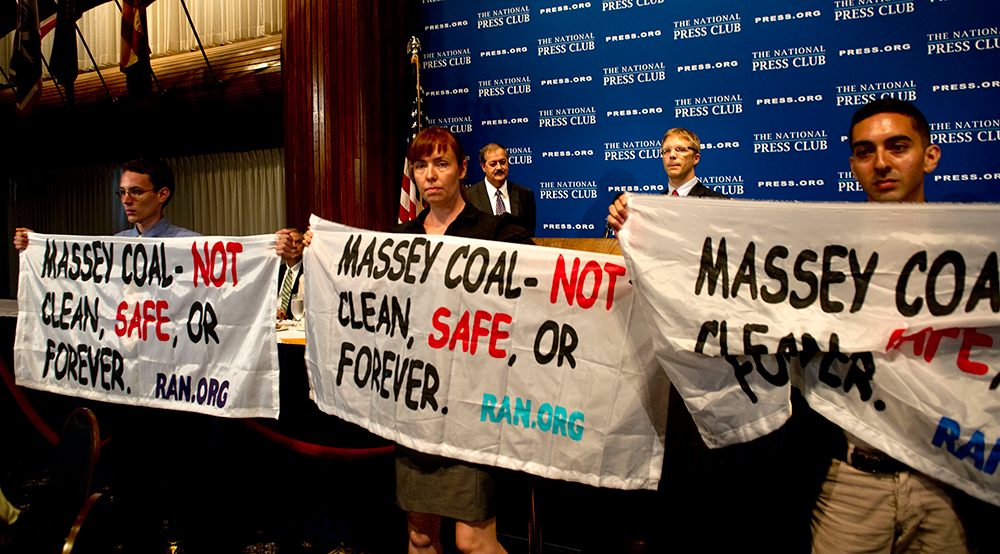 MCGINLEY: Well, it was clear that Mr. Blankenship was receiving reports of production from the mine every 30 minutes by fax to his office and to his home. And there were men who worked at the mine who testified under oath in our investigation that their hands would shake when the phone rang from upper management asking about secession of production for safety reasons. The fact that the mine was not rock dusted, which means material being sprayed on the walls and the floor and the ribs of the mine to suppress coal dust which is very explosive. The evidence that very little attention was given to suppression of coal dust was shocking. And maybe the most interesting and disturbing part of the testimony I heard was that Massey energy purported to be following what they call an S1P2 process, Safety First and Production Second. Mr. Blankenship had testified before Congress that Massey's safety procedures were more stringent in more than 70 ways than federal law. That was clearly false and misleading and had been part of the Massey corporate mantra for a number of years preceding the explosion of the Upper Big Branch Mine. 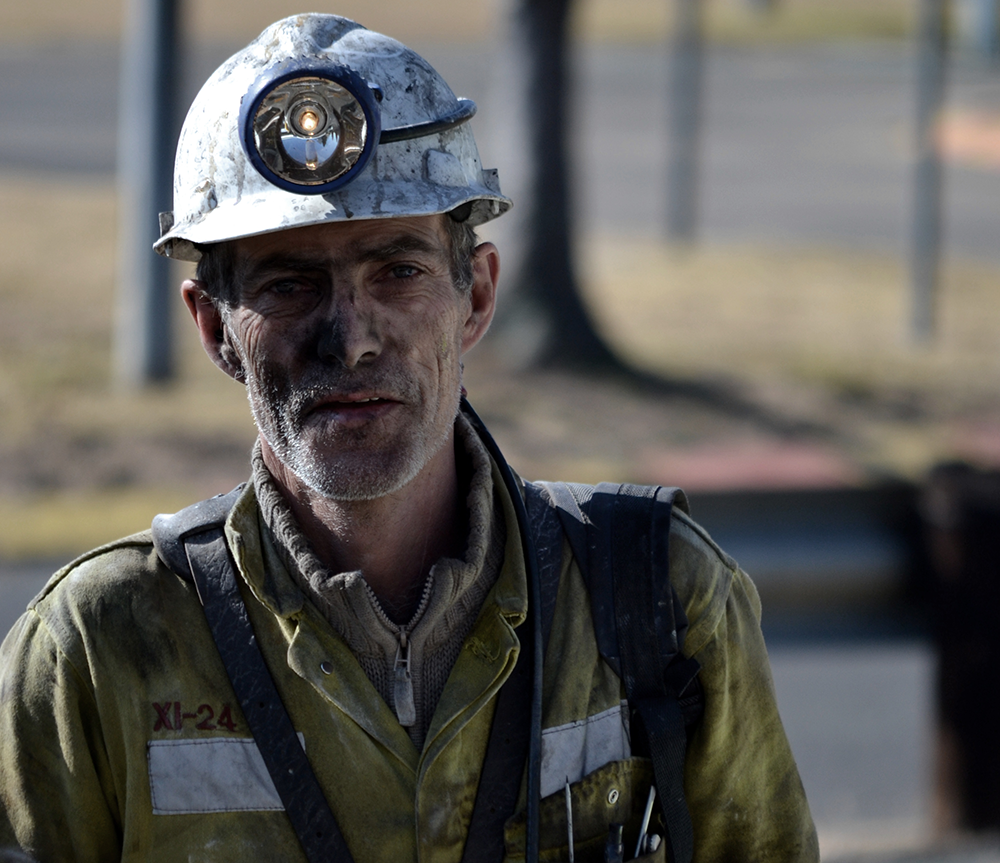 Long wall coal mining is a dangerous profession, with a high rate of accidents and respiratory diseases. (Photo: Jan Truter; Flickr CC BY 2.0)

CURWOOD: Now, Professor, how have coal executives been treated in the past with accidents similar to this?

MCGINLEY: Well, there's never been a corporate CEO or a chairman criminally prosecuted. That's why this indictment of Mr. Blankenship is extraordinary, and, for many, unexpected because of the century-long history of failure to hold corporate officials responsible when a mine disaster has occurred.

CURWOOD: What kind of precedent could be set in terms of holding CEOs accountable for major disasters?

MCGINLEY: Well, the basic premise of criminal law is that it can be used as a deterrent, and if for a century, corporate officials presided over unsafe mining practices and got a free pass, then the law had no deterrent value. And hopefully this is a sign that history is past, in that corporate executives of coal companies will be held accountable if there's sufficient evidence to show their criminal culpability when miners are killed.

CURWOOD: Patrick McGinley is a Law Professor at West Virginia University. Thanks for taking time with us.

Memorial for the miners killed in the Upper Big Branch Mine explosion. (Photo: US Department of Labor)

MCGINLEY: Sure. It’s my pleasure.

CURWOOD: The federal judge recently imposed a total gag order in this case. Earlier, Mr. Blankenship’s lawyer assured reporters in West Virginia that his client is entirely innocent of the charges.