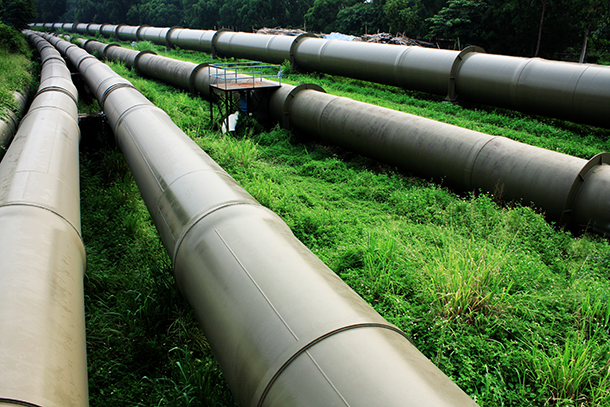 A pipeline company proposes to extend a natural gas through New England to help solve the region’s energy price spikes. The Conservation Law Foundation’s Shanna Cleveland discusses with host Steve Curwood whether the pipeline is needed, and its unorthodox financing plan.

CURWOOD: There’s much debate about how much more fossil fuel infrastructure is necessary, given concerns about global warming. The proposed Keystone XL pipeline to carry tar sands oil from Canada to the U.S. Gulf Coast is perhaps the most controversial. But there are other conflicts, and on July 21st, South Portland, Maine passed an ordinance to effectively ban an existing pipeline from carrying Canadian tar sands crude. And there are fierce objections to the proposed expansion of a natural gas pipeline from Pennsylvania to Massachusetts that would cost consumers as much as $3 billion dollars. A key opponent is Shanna Cleveland; she’s a Senior Attorney with the Conservation Law Foundation in Boston, Massachusetts who joins us in the studio. Welcome.

CLEVELAND: Thank you so much for having me.

CURWOOD: How much does the region need this pipeline to cope with its energy needs?

CLEVELAND: I’m so glad you asked that. That's the key question here is, whether or not a pipeline of this size and nature is needed. And from our perspective that's exactly the question that the New England governors should've asked and gotten a better answer to before deciding that they were going to invest customer money into a pipeline like this. From our analysis, the incremental expansions of existing natural gas pipelines, as well as the current supplies of liquified natural gas that we have on the system, would be plenty to make up the shortfalls that we've been seeing in the winter months and reduce those price spikes that folks have been concerned about.

CURWOOD: Now I understand the New England governors hired a consulting firm, Black and Veatch to study all this. What did they find and how do you think it informs this discussion?

CLEVELAND: Well, I think the most important conclusion that Black and Veatch reached was that under a low-demand scenario, that is, under a scenario where we reduce our consumption of natural gas, there is no need for new infrastructure. So you would think that after hearing that conclusion, the New England governors would've wondered: Well, how much would it cost to get to that low-demand scenario? But in fact they did not ask Black and Veatch to follow up on that at all, and instead continued to pursue the question of how much it would cost and how big a pipeline could be built.

CURWOOD: Explain to me what is it the New England governors agreed to do regarding this pipeline?

CLEVELAND: Well, about a year and a half ago, the New England governors came together and said they wanted to develop a regional energy infrastructure initiative, and one piece of that initiative was supporting the building of more natural gas pipelines. And what they're proposing is something that's never been proposed in the history of United States, and that is for electric customers to subsidize the costs of a natural gas pipeline. So the electric customers would be paying for the construction of this pipeline even though it's really the power generators who need the natural gas that would be transported along this pipeline.

CURWOOD: If instead of spending $2 or $3 billion dollars for a pipeline, New England invested that in renewable energy, what would be the biggest bang for the buck? 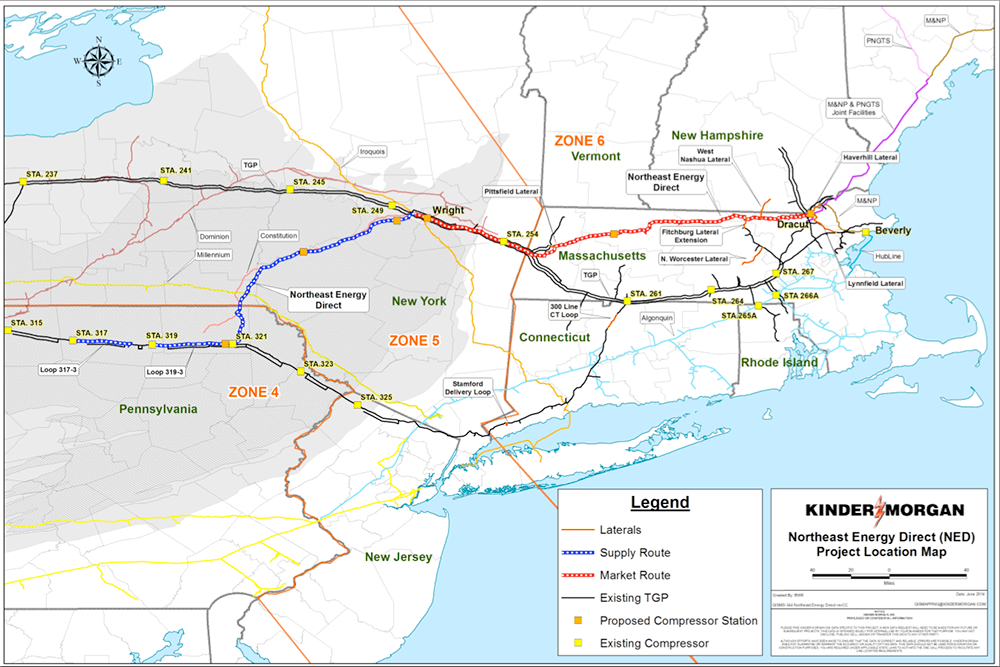 CLEVELAND: Well, the biggest bang for the buck is always energy efficiency. So one of the things that we could do is invest that money into natural gas energy efficiency programs but there's a lot of other things we could do without spending any money at all, and that includes market reforms. Right now the markets for natural gas and electricity don't operate on the same timeframe and aren't expected to be coordinated in the way that they need to be. And we believe that with a combination of changes to the market, better use of existing supply, and more energy efficiency, we can meet the challenge that we face.

CURWOOD: Explain to me what the disconnect is in the market between electricity and natural gas.

CLEVELAND: Well, so natural gas is contracted for in two different ways. One way is to purchase what's called a firm transportation contract. Now the folks who heat with natural gas and the companies that supply them, the local distribution companies such as NSTAR and National Grid, pay a bit of a premium to make sure that gas is always going to be delivered to you when you need it, but the power generators primarily purchase it through what are known as interruptible contracts. And that means, whenever there is high-capacity on the system, they're subject to interruption; so they end up being subject to the spot-market prices in the winter time when we're heating with natural gas at the same time that we're using it for electricity. One of the simplest ways to change the markets so that the electricity market would respond properly to the gas markets would be to require the power generators to buy firm transportation contracts, but that's not something that’s on the table right now. 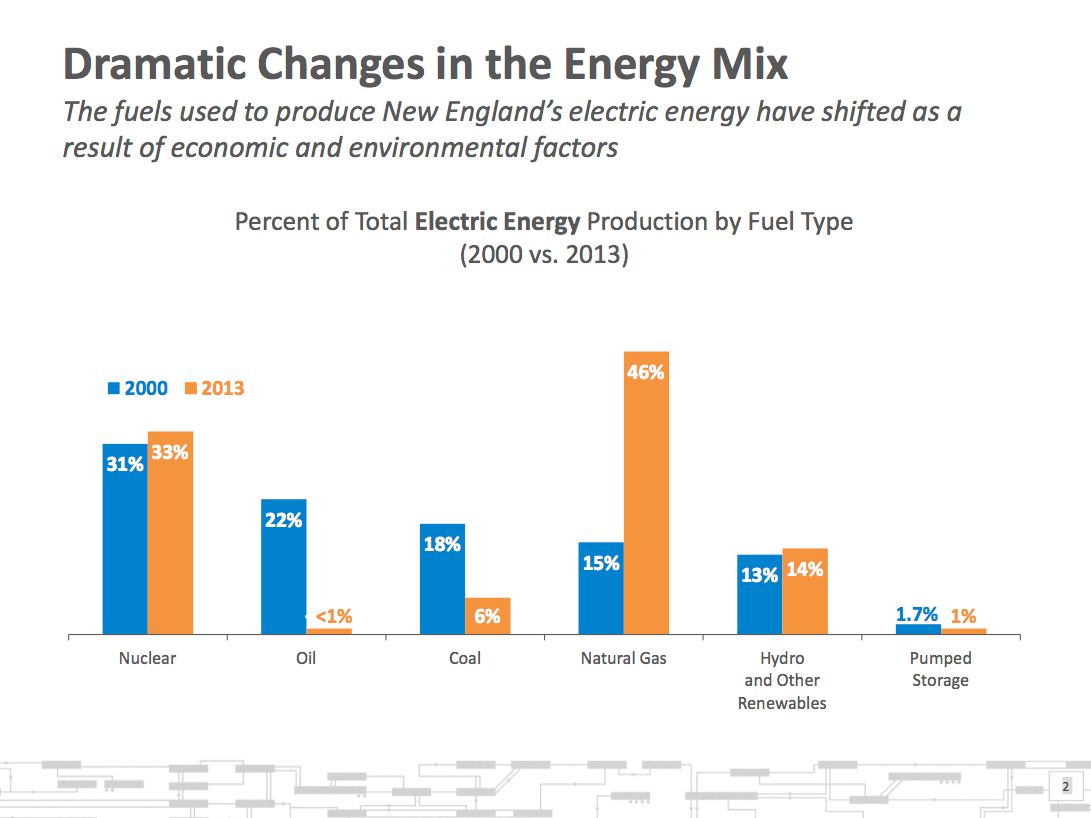 CURWOOD: In the view of the Conservation Law Foundation, your organization, how long should we keep using natural gas?

CLEVELAND: Well, we're certainly using more natural gas now as we retire the coal and oil plants that were beyond their useful lives, and from our perspective that's actually an improvement because the criteria pollutants that are put out by coal and oil plants, such as sulfur dioxide and nitrogen oxide—one of the ones that form smog -- are very detrimental to public health. So in the short-term, natural gas is providing some public health benefits, but in the long term, natural gas simply doesn't cut down on our ghg [greenhouse gas emissions] enough.

CURWOOD: What did the Black and Veatch study say about emissions of things such as methane and carbon dioxide?

CLEVELAND: Well, the Black and Veatch study didn't actually analyze the greenhouse gas emissions’ impacts of this proposed pipeline. We know based on recent studies that, not only do the pipelines leak and create a fair amount of methane that gets released into the atmosphere, but that there is significant concern about leaks and flaring at the wellhead, and there are significant climate change impacts from extracting and transporting the gas. 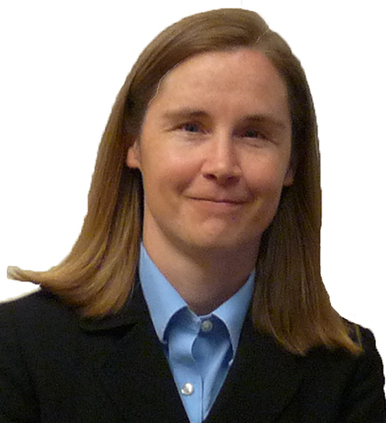 CURWOOD: It's been suggested that one of the unspoken motivations for putting in this pipeline is to enable the prospect of exports of natural gas. What do you hear along these lines?

CLEVELAND: Well, I have heard a lot about that, and it's interesting because the supposed need that was posited in the Black and Veatch study was around 600,000 million cubic feet a day, and the proposed pipeline dwarfs that: It is about 2.2 billion cubic feet a day that they're considering building the pipeline for. So there is quite a potential for a lot of this natural gas to end up on the export market.

CURWOOD: How do residents in the region feel about a new natural gas pipeline?

CLEVELAND: Well I can tell you that the folks who live in the areas that this pipeline is proposed to go through are very concerned, and we've seen an unprecedented level of engagement by individuals and residents not only on the issue of the pipeline and its proposed route itself, but also on energy policy and the need to really bring this conversation about what our energy future looks like into the public debate and into the public eye.

CURWOOD: Shanna Cleveland is a Senior Attorney with the Conservation Law Foundation in Boston. Thanks much for taking the time to come by.

CLEVELAND: Thanks, it's been a pleasure.

CURWOOD: We contacted the pipeline company, Kinder Morgan. They declined to speak with us, referring us only to their website. There’s a link at LOE.org.

ISO New England has seen price volatility and grid reliability issues as a direct result of pipeline constraints in 2013/2014.

The ISO has been tracking the potential retirement of resources as part of their Strategic Planning Initiative.

NESCOE is a not-for-profit organization representing the six New England States on regional electricity matters and has proposed the energy tariff to finance the pipeline project.