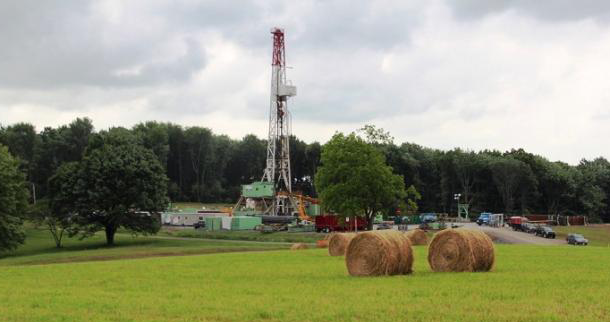 A well near the Woodlands drilled by XTO went into an abandoned coal mine in June, sending polluted mine water into a stream and impacting groundwater nearby. (Photo: Reid Frazier)

In places in Pennsylvania, well water is unfit to drink, polluted with iron and manganese, but the source of the contamination is complex. Reid Frazier of the Allegheny Front reports that fracking, coal mining, and natural methane formations in the ground combine to muddle the picture.

CURWOOD: It's Living on Earth. I'm Steve Curwood. Hydraulic fracturing to extract natural gas from formations like the Marcellus Shale under much of West Virginia, Ohio and Pennsylvania has brought a rise in complaints of contaminated well water, and common sense would say there’s a link. Sometimes it is clear that fracking for gas has polluted nearby wells, but as scientists trace the chemical fingerprints in contaminated wells in Pennsylvania, evidence points to more complex causes for some bad water, including the legacy of coal mining. Reid Frazier from the public radio program, the Allegheny Front, reports.

FRAZIER: Every Monday, John Fair drives his pick-up truck a few miles to the White Oak Springs Presbyterian Church. It’s on a quiet country road about an hour north of Pittsburgh in Butler County. He heaves a few cardboard boxes into the back of his truck.

FRAZIER: The boxes are loaded with gallon jugs of spring water. This is his drinking water for the week. You’ve heard of a food drive? This is a water drive. It was organized a couple of years ago after neighbors in Fair’s community, called the Woodlands, say their water quality deteriorated. They blamed nearby drilling rigs for the water problems. Fair says he drilled a water well three years ago at his home. The water was perfect, he said. Then it started smelling bad like rotten eggs, and it looked like mud.

FAIR: You can’t drink it. You just keep doing what you do with it: do your wash, take your shower and do your dishes. That’s all you can do. You can’t use it for drinking or anything, you know?

FRAZIER: Three years later, he gets all his drinking water from the water drive.

FRAZIER: At his home, Fair turns on the water in his kitchen sink. 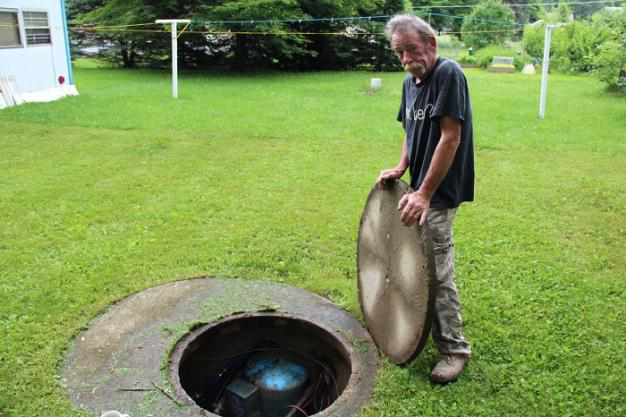 John Fair of the Woodlands, Connoquenessing Township, in front of a well he says went bad after drilling began three years ago. (Photo: Reid Frazier)

FAIR: You want to taste it?

FAIR: Is that the way water’s supposed to be?

FRAZIER: The company drilling the nearby gas wells, Rex Energy, initially provided Fair and his neighbors with drinking water, but that ended in 2012, when the state said gas activities were not the cause of the water problems. The state’s Department of Environmental Protection found water had high levels of iron and manganese before drilling began, and the EPA agreed. Some in the Woodlands say they’ve had problems with their well water in the past: that it smelled bad, or that after rainstorms it became dirty. But they say it got worse when drilling commenced, and some of them, including Fair, are suing Rex because of it.

FRAZIER: What went wrong with the water? John Stolz is a microbiologist at Duquesne University who’s trying to answer that question. He’s looked at the same data the DEP has.

STOLZ: And we see that, you know, a lot of the well data that we have, or the wells are impacted by mine drainage.

FRAZIER: Mine drainage, not brine from gas drilling or chemicals used in fracking. The area does have abandoned coal mines nearby, so maybe mine water has been in the wells all along? From the interviews and tests he’s done, Stolz thinks the water got worse around the time drilling began.

STOLZ: A good number of people no longer have potable water. It seems to coincide with when the drilling commenced and went full bore, so to speak.

FRAZIER: With funding from the Heinz Endowments and the Colcom Foundation, Stolz is trying to piece together an answer. He says it’s a complicated picture underground. 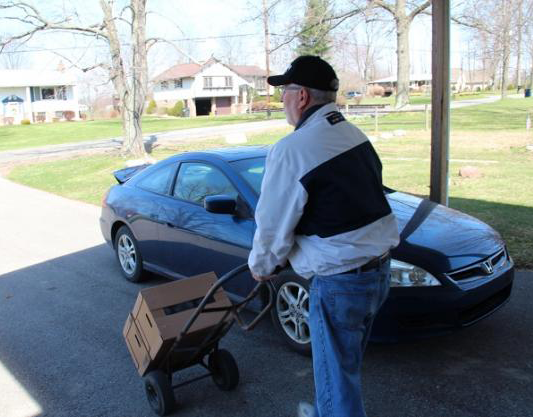 STOLZ: If we were pristine—no one ever drilled a well in Pennsylvania, no one had ever mined a mine in Pennsylvania and they started drilling—this would be a lot easier, but, you know, we have close to a million wells that have been drilled prior to all this activity. So, that’s a lot of holes in the ground.

FRAZIER: And Stolz thinks that maybe one hole in the ground might have influenced another. But Rex Energy disputes this interpretation. The company didn’t return phone calls for this story, but in the past has stood by the DEP’s findings—that its activities had nothing to do with water problems in the community.

Water contamination concerns have followed the boom in the state’s Marcellus Shale gas fields since it began. Gas activities damaged groundwater in more than 160 cases across the state, according to DEP records obtained by the Times-Tribune of Scranton. And last month, a drilling rig north of Pittsburgh punched through an abandoned coal mine, forcing mine drainage into a nearby stream and impacting groundwater in nearby homes.

But these incidents represent a minority of cases in the state with more than 8,000 Marcellus Shale gas wells, and industry points out that the state has steadily improved its construction standards for drilling. Still, few hard numbers exist on how safe shale gas drilling has been for groundwater. Sue Brantley is a geochemist at Penn State who’s trying to change that. She’s been putting together groundwater tests from across the Marcellus region, like one that appeared on her screen from Northeastern Pennsylvania.

BRANTLEY: Here’s barium; this is one of the signatures for Marcellus.

FRAZIER: Her project, called the Shale Network, is funded by the National Science Foundation, and has over one million of these data points so far. But she wants more. 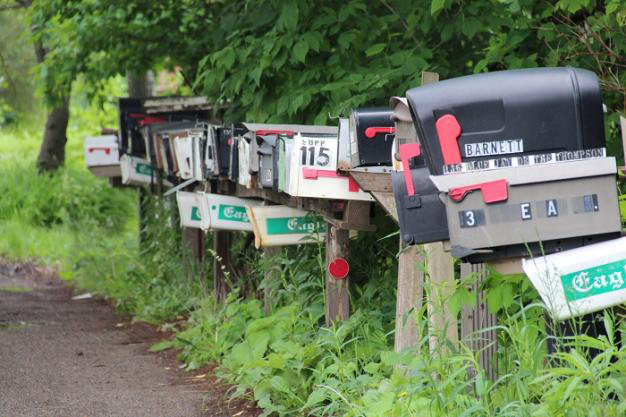 Mailboxes at the Woodlands. A total of 36 families receive drinking water from a church. (Photo: Reid Frazier)

BRANTLEY: Well, the data that we’re really interested in right now is data that was collected before drilling by gas companies.

FRAZIER: Before they drill a well, gas companies typically test nearby groundwater. This can help shield them from contamination claims. These results are locked away though, because legally, they’re the private property of the homeowner, like a patient’s medical records.

FRAZIER: There’s another hurdle for scientists like Brantley: the legal system. In cases of alleged groundwater contamination, landowners will often sue a drilling company.

BRANTLEY: Very often the companies will settle with people if they’ll sign a non-disclosure agreement. And then the data doesn’t come out and that’s just, really, a big loss.

FRAZIER: Brantley might have found a workaround. Gas companies send their results to the DEP. Her lab is working with the DEP to take identifying information like names and addresses out of these tests and put them into their database; a lot of these results have to be hand-entered into the computer. Slowly, a picture is starting to emerge.

FRAZIER: Another problem for scientists is just nature itself. Fred Baldassare is a former DEP geologist. He’s been studying underground methane migration. In a study he did with help from gas companies, he found that gas that looked like it was from the Marcellus Shale was actually hanging out in rocks closer to the surface. He thinks this has tricked other researchers into thinking gas found in shallow parts of the ground was the result of drilling or fracking in the Marcellus.

BALDASSARE: Some researchers were suggesting that when you see that deep gas, it must be from Marcellus up in the groundwater system, and we’re saying, that’s not an accurate statement.

FRAZIER: The confusing nature of studying the underground doesn’t obscure Baldassare’s overall assessment: that there should be a way to do fracking without contaminating groundwater, and that the industry’s practices now are better and safer than they were five years ago. But exactly how safe is it now? To find that out, scientists say more study is needed.

Gas activities damaged groundwater in more than 160 cases across the state, according to DEP records obtained by the Times-Tribune of Scranton.

Pennsylvania has steadily improved its drilling rules, including a revamping of well construction standards in 2011.

Sue Brantley is a geochemist at Penn State testing groundwater across the Marcellus region.