The Fight To Save the Elephants 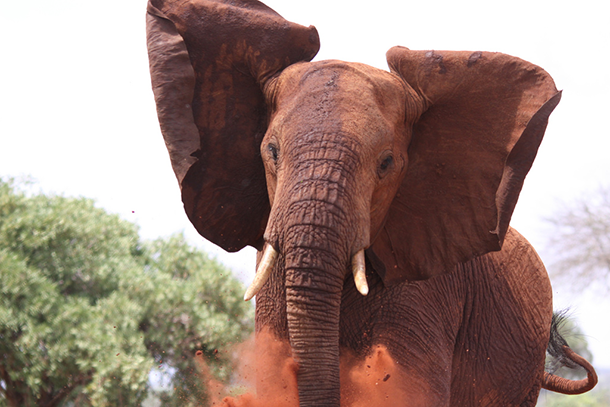 An elephant in Tsavo East National Park, where Satao spent much of his time and was killed by poachers. (Photo: Donald Macauley; Flickr Creative Commons 2.0)

Elephant poaching and illegal ivory trafficking have skyrocketed in the last decade. Just last year, poachers killed more than 20,000 elephant in Africa. But as Leigh Henry of the World Wildlife Fund explains to host Steve Curwood, there is strong international action planned to crack down on the illegal ivory trade.

CURWOOD: From the Jennifer and Ted Stanley Studios in Boston and PRI, this is Living on Earth. I’m Steve Curwood. Increased demand for ivory has fuelled a sharp increase in ivory smuggling and elephant poaching in the last decade. The price of raw, uncarved ivory has risen from a little under $1,000 dollars to $1,500 dollars a pound today, and the number of elephants being killed in Africa has skyrocketed. Some countries are cracking down on the illegal ivory trade, but Leigh Henry, the Senior Policy Advisor of Wildlife Conservation and Advocacy for the World Wildlife Fund in Washington, says there is still work to do. She joins us now. Welcome to Living on Earth.

HENRY: Thanks so much. Happy to be here.

CURWOOD: The Convention on International Trade in Endangered Species, it’s called CITES for short, has just released a report estimating that poachers killed 20,000 African elephants in 2013. Leigh, can you put that number in context for us and explain what it means for the African elephant population?

HENRY: Sure. It's obviously a huge number, and that number means that we’re losing more elephants every year than that population can reproduce. So it means that we are in the midst of a poaching crisis, and we need to take strong steps to make sure that that poaching crisis is brought to an end.

CURWOOD: Ivory has been considered valuable for a long, long time so elephants have always been a target for poachers. Once elephants were put off-limits back in the '80s, it seemed that poaching died down. Why has it come back was such a vengeance, do you think?

HENRY: So there a couple of reasons, I think. The consumer markets like China and Thailand have more disposable income and more wealth than they did back in the 1980s, and higher prices are now being sought for ivory products. That means that the profit to be made from the illegal ivory trade is much higher and the risks are very minimal. So now we’re seeing international criminal gangs coming in and poaching and conducting the illegal trade. They have resources like helicopters and night vision goggles. They have veterinary tranquilizers they're using to put down the animals which is much simpler to use than bullets, and they have access to trafficking networks that also traffic in drugs and arms and other commodities. And they know how to shift those routes when needed; when enforcement is increased in one port, they simply shift to another port. So it's a really difficult nut to crack.

CURWOOD: What countries are key to this poaching and ivory trafficking problem?
HENRY: So all of the African elephant range states are being hit. There are hot pockets like central Africa where we’re seeing forest elephants which are in the greatest peril, but it's rampant—it’s all across the continent. The other piece that we need to look at are the consumer states that are driving the demand, and those are mainly countries in Asia, but also include the United States and some European countries as well. And what we're trying to focus on more and more is that the burden should not be borne only by the countries in Africa where these elephants live, but that there's a responsibility of the countries where the ivory is being consumed to step up and do their part.

CURWOOD: You say that central Africa is a particular problem. Why there?

HENRY: I think when you look at the issues there with government instability and insurgencies that that's part of the problem. When you don't have stable governments and resources being put in good governance you see you porous borders and insurgent groups and poachers coming into those countries, and the elephants are easy pickings. It has to be a constant effort and a constant presence to protect these elephants because where they’re not protected, the profits are so high the poachers are going to find a way to get in there and get those elephants.

CURWOOD: What's being done overall to crackdown on the illegal ivory trade around the world, and particularly, what about here in the US?

HENRY: So we’ve seen a lot of very high-level political progress and political will built up on this issue over the last year or so. We’ve seen that with President Obama’s Executive Order and the resulting national strategy on wildlife trafficking in the US that’s asking all US government agencies to coordinate to fight this battle against wildlife trafficking. We’ve seen the London conference held by the UK government in partnership with the royal family that brought governments together to sign on to a declaration to take the steps needed to fight wildlife crime, and we also saw great results at the last CITES meeting in Bangkok last March where some of the worst offending countries in illegal ivory trade were held to account—they were given the threat of compliance measures or sanctions if progress wasn’t made. We need to be willing to hold them to account, and that hasn't happened the way it should, and that's what we're hoping we will see the week of July 7th when the CITES standing committee comes together to meet and to review progress against these elephant ivory action plans that we saw come out of the last CITES meeting in March in Bangkok. 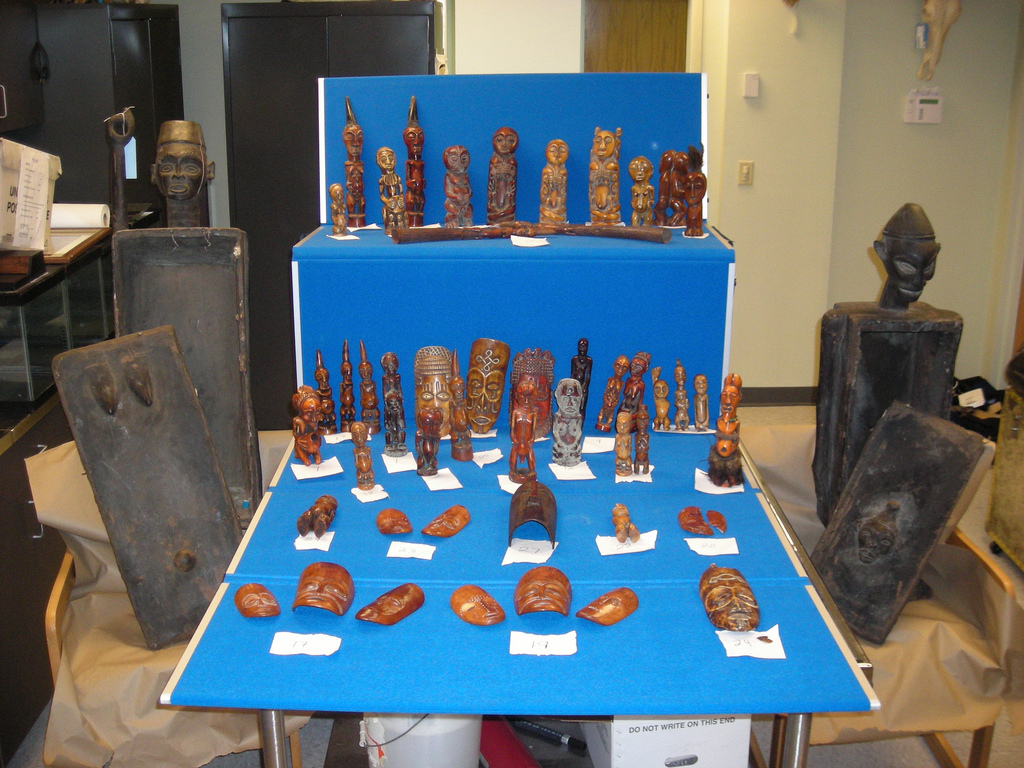 CURWOOD: What about the penalties for trafficking in ivory?

HENRY: We’re seeing a little bit of an increase, but this is a huge part of the problem. So one of the things that WWF and our partners and the US government have all been working on over the past few years is ensuring that those penalties are increased, and that wildlife trafficking is viewed as a serious crime with commensurate penalties. So, four years and up of prison sentences and high fines so that the poachers and the traffickers find that the risks outweigh the benefits.

CURWOOD: Now I know you're based in Washington, but I know you've also spent a fair bit of time out in the field with elephants. What is there about elephants in your view makes them being targeted by poachers such a tragedy?

HENRY: They're amazing animals, and I think the part that really gets me is they have amazing family bonds and family ties. So when you go in and take one elephant away it's not unnoticed by that group. They hurt and feel the same way we do, and they have a key role to play in their ecosystem. There are also negative impacts on communities and economies especially in countries like Kenya where there is such a huge, huge tourism industry that's dependent on these animals, and then we look at the rangers as well who are trying to protect these animals and they often don't have any of the weapons or technology to defend themselves that they should. And we’re seeing rangers killed when they're trying to protect these animals, so I think it's really important for people not just to think about elephants, but to think about the broad-brush negative impacts of the poaching as well.

CURWOOD: Leigh Henry is Senior Policy Advisor of Wildlife Conservation and Advocacy for the World Wildlife Fund in Washington, D.C. Thanks so much for taking the time with us today, Leigh.

HENRY: Thank you so much. I really appreciate it.


The CITES report, including how CITES estimates the number of elephants killed by poachers