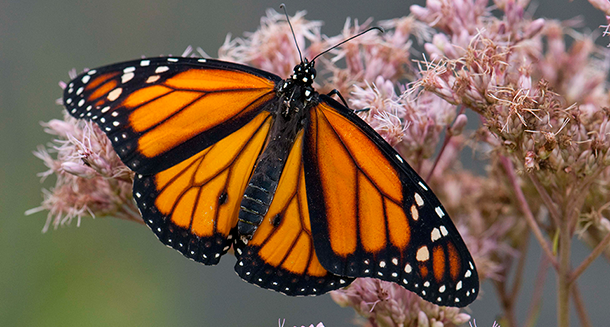 Monarch butterflies were hibernating in record low numbers in Mexico over the winter, but Cornell Ecologist Anurag Agrawal tells host Steve Curwood that he thinks the numbers breeding in Texas suggest the butterfly making a recovery.

CURWOOD: It's Living on Earth, I'm Steve Curwood. Back in the winter, we reported dire news about the state of those iconic and beloved butterflies, Monarchs. Researchers noted record low numbers of Monarchs overwintering in the Mexican mountains of Michoacan—a decline blamed variously on deforestation south of the border, global warming, bad weather, GMO crops and the decline of milkweed, which Monarch caterpillars feed on.

Well, having sounded the alarm, we thought we should check in to find out how they’re doing now it's summertime. So we called up an expert, Anurag Agrawal, Professor of Ecology and Evolutionary Biology at Cornell University, who says, so far, so good.

AGRAWAL: So our first numbers for how the Monarchs are doing this year come from Texas. Those tens of millions of monarchs that were overwintering in Mexico in the mountains of Michoacan fly to Texas and lay eggs there, and they have then a complete generation there. They drop their eggs. Caterpillars develop on the Texas milkweeds, and those adults then pass away; they die. That first generation in Texas did well, and they've moved north. They’re now in the upper Midwest—we've seen them right here in Ithaca flying through, so really only time will tell. As you know, the monarchs have three to four generations every year, and what that means is the summertime is their opportunity for the population to rebuild back up. 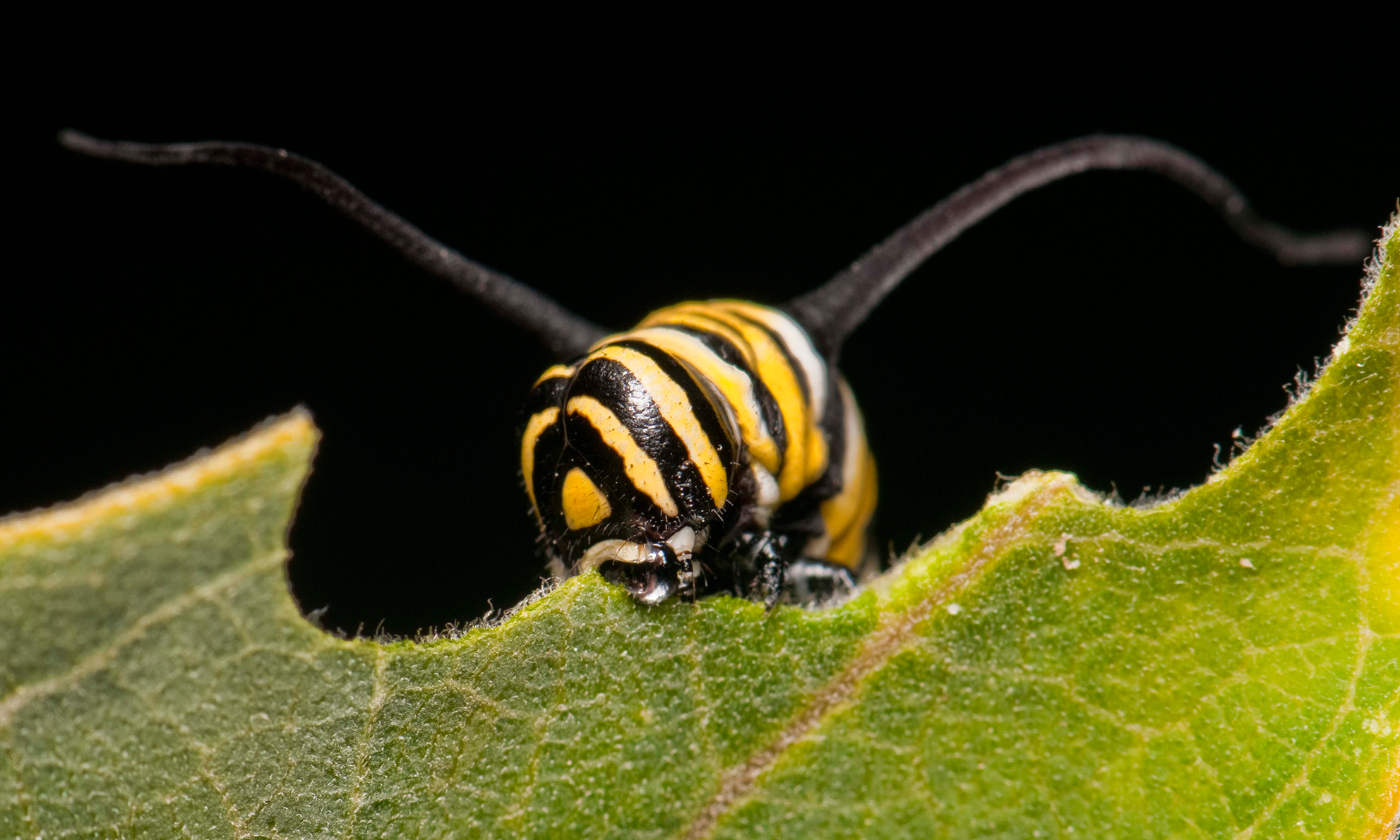 CURWOOD: I have to say that I've noticed in my own backyard in New Hampshire some Monarchs just this past weekend. I didn’t see any last year. Of course, that’s just anecdotal, but I'm likely to see more, do you think?

AGRAWAL: I do. I had the same experience that you did. Last summer was the lowest number of butterflies I'd seen in the summertime in my ten years in Ithaca, and like I said, I’ve already seen them again this year, so to me there’s kind of bad news and good news. The bad news is the last three years were the lowest on record, in terms of number of Monarchs at the overwintering grounds. A single low year is not necessarily a huge problem, but when there are three dramatically low, and the lowest years on record, that's when people begin to worry about extinction.

But the good news is that there's tremendous reproductive potential in the Monarch butterfly. A female has about a thousand eggs in it, so in the field, she might deposit let's say, four to five-hundred of those. Quite remarkably, you know, if all five-hundred were to survive, one female and one male could repopulate the tens of millions of butterflies we kind of expect to see each year. What we hope to see is that their populations build over the summer, and we’ll really know what the state of the population is at the time of the southern migration. 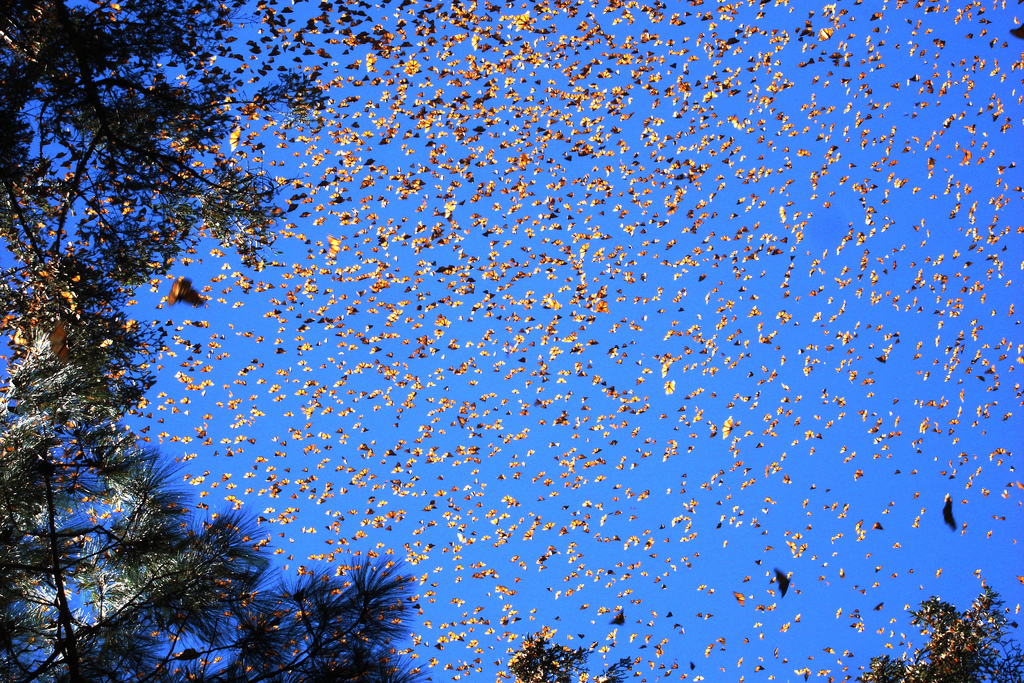 Over winter, monarchs usually coat the sky in the valleys of Michoacán, Mexico. But their numbers have been declining. (Photo: Luna Sin Estrellas, Flickr Creative Commons 2.0)

CURWOOD: Now President Barack Obama just issued a formal presidential memorandum, which requires federal departments and authorities to put their heads together to come up with a game plan to protect pollinators, and in that order, he specifically mentioned the Monarch butterfly. What do you make of that?

AGRAWAL: Yeah, I think it was a landmark memorandum. I'm really excited that insects, both bees as well as butterflies, have made it onto the president's agenda. You know, really, the memorandum compels, as I read it, fourteen federal agencies—it's not just the Secretary of Agriculture and the EPA, the Environmental Protection Agency. But it compels the Department of Transportation, of Defense, of Education, of Energy, to all work together to come up with this strategy for maintaining bee and pollinator health. The fact that Monarchs are lumped in there as you know I think is a little bit amusing, but also really important. The amusing part is that what we know from the biology of milkweeds, which are the host plant of the Monarch butterfly, as well as their general biology, is, in fact, they are not particularly good pollinators. They're doing very little of the pollination of milkweed or other plants.

CURWOOD: So what you saying is that while the science of this may be wrong to cite the Monarch as a pollinator, the fact that the president is bothering to mention the butterflies is good news? 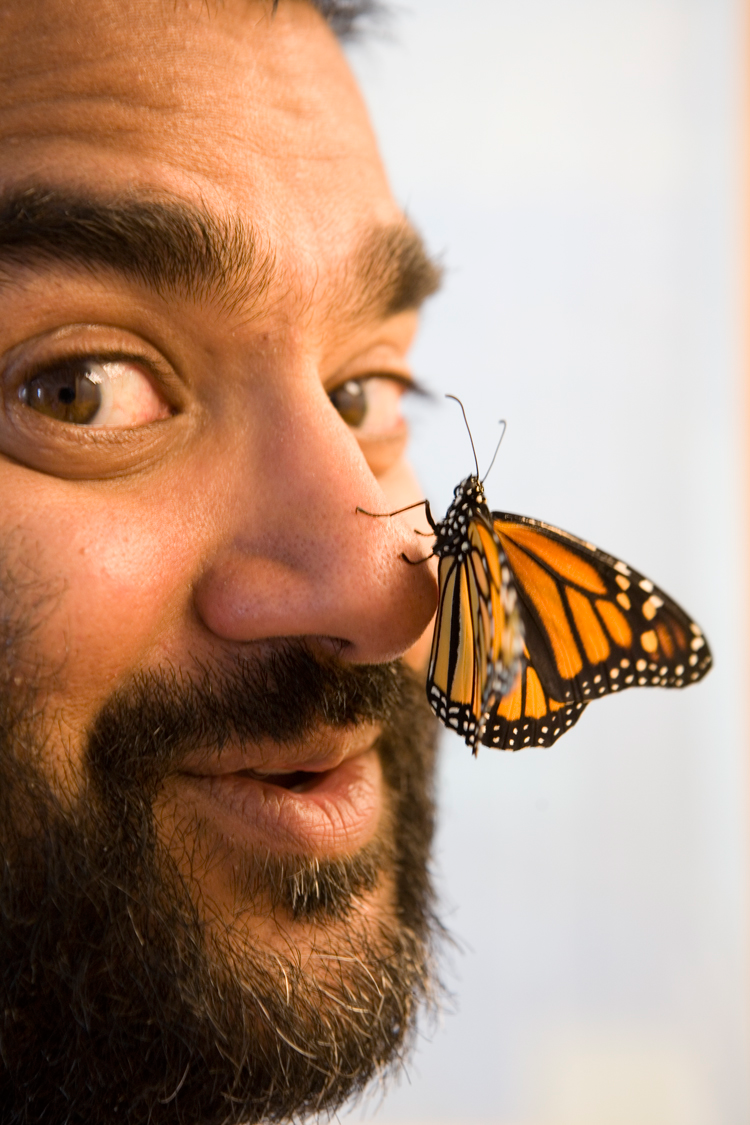 CURWOOD: So why is it important to protect the Monarch butterfly? We all love looking at them, but why all the attention in your view?

AGRAWAL: In my view, the attention to the Monarch, I think, comes from two sources: one, millions of people all over the continent are appreciating their natural beauty—the biology of this spectacular organism. The flip side is because it travels across three nations from Canada through the U.S. to Mexico, the environmental health of our continent is in a way reflected in the annual cycle of the Monarch. If this butterfly can't complete its lifecycle, then we're doing something wrong as a continent because we aren’t providing a sustainable habitat where the butterfly can do its annual migration.

CURWOOD: Anurag Agrawal is Professor of Ecology and Evolutionary Biology at Cornell University. Thanks for taking the time with us today.

AGRAWAL: My pleasure. Thank you.