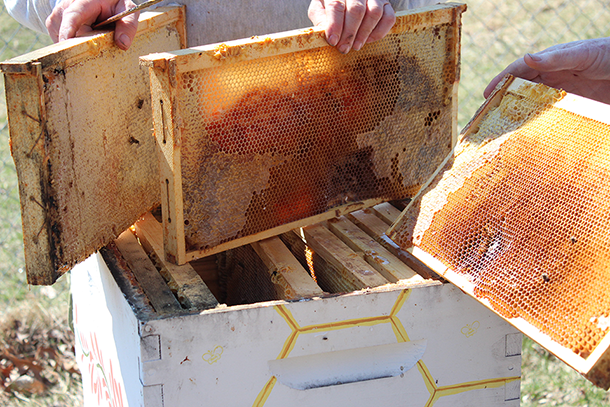 Empty hives that were exposed to neonicotinoids during the Harvard study. (Photo: Alex Lu)

Since honeybees arrival in North America from Europe, they’ve become essential pollinators for the continent’s fruits and vegetables. Bee populations have mysteriously crashed in recent years, but as Harvard School of Public Health scientist Alex Lu tells host Steve Curwood, new research connects the collapse to the recent introduction of a new type of pesticide, neonicotinoids.

CURWOOD: Well, pesticide exposure isn’t just a problem for humans. Many scientists think that their widespread use could be contributing to the collapse of honeybee populations around the globe. Professor Alex Lu of the Harvard School of Public Health recently published a paper in the Bulletin of Insectology probing the connection between pesticides called neonicotinoids and honeybee die off. He noticed that the first signs of Colony Collapse Disorder corresponded perfectly with the rise in 2005 of these new pesticides, the neonicotinoids. They can save money for farmers, as there is no need to spray. Instead the chemicals can be used to coat seeds or added to irrigation water, making these insecticides systemic in plants and residual in plant products.

LU: Colony Collapse Disorder. Yes. So we used this observation in the field to formulate our hypothesis, and then we designed a scientific study to see whether we can replicate CCD in our experimental site.

CURWOOD: So what you did was that you took sugar-water and in some cases you added neonicotinoid to that and in others you didn't.

LU: So we found for those hives that we didn't give them pesticides, neonicotinoids, they survived. They survived over the winter. One hive actually died, but died in consistent to disease, like mites or nosema parasites. Whereas in our first year study, fifteen out of sixteen colonies, that we treat them with neonicotinoids, they died. And the post-mortem observations are in consistence to the CCD which is the abandon of the hive by those adult bees, which they’re not supposed to be. 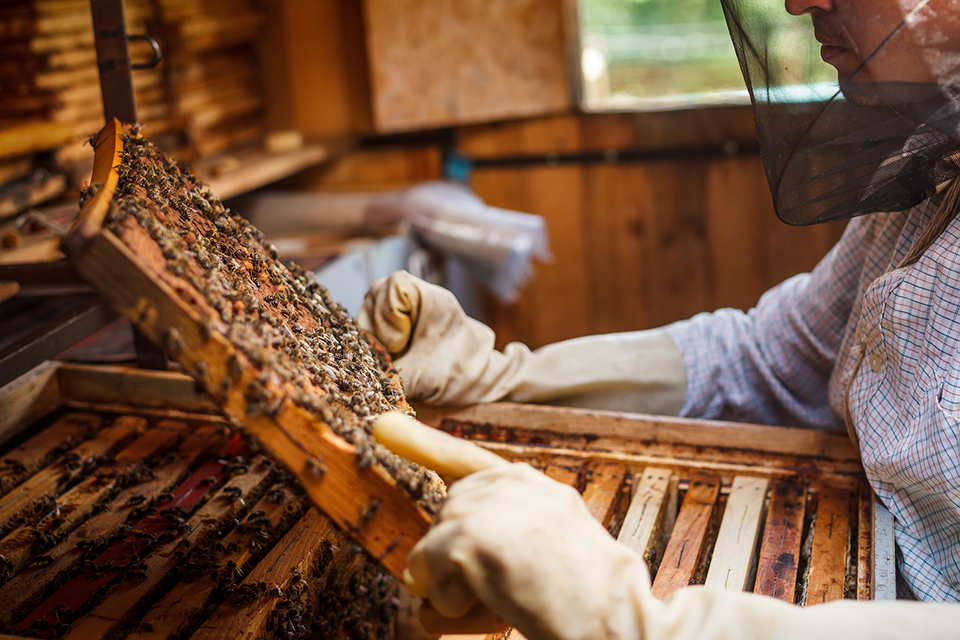 CURWOOD: So what happens? The bees just leave the hive in the middle of the winter?

LU: This is a very interesting scientific question because what we have right now in terms of CCD is the pesticide fundamentally changed their neurological behavior or their condition. As I mentioned, by the time the winter arrives, bees don't go outside. The cold temperature actually kills the bees right away, so they form a cluster inside the hive so each other kind of survive through heat generation through each individual bees. Somehow those neonicotinoid changes this aspect of the biology of honeybees, so by the time the beekeeper finds out their hive is empty, it’s too late.

CURWOOD: So it changed the behavior of the bees.

LU: Exactly. At least, that’s the hypothesis so far.

CURWOOD: Now, Professor Lu, you mentioned that you came to the Harvard School of Public Health to study human health and exposure to pesticides. What does this research about neonicotinoids tell us about possible risks to humans from this?

LU: Well, I think the direct impact to human health is the shortage of the food, if we keep losing those bees. One-third of the agricultural production relies on honeybee pollination. And those foods are the food that we all like, and very important to our health because of nutrition. So not having enough bees to pollinate definitely will going to effect the price of the food and eventually will harm people’s health. 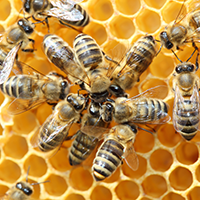 The Eurasian Honeybee is an essential pollinator for the US food system (Photo: Bigstockphoto.com)

The second effect to human health, which is unknown at this moment, is that what would the impact of those residues in the environment in a longer period of time. I look at neonicotinoids, it’s almost identical to DDT that we had in the 60’s and 70’s. So we now know that twenty to thirty years later, DDT affected reproductive systems. And whether neonicotinoids have other health affects to human beings we don’t know, yet because this issue is still relatively new. But I’m sure down the road, we will find out exactly how human health could be impacted by a little bit of residue in the environment—in the water, in the food and so on.

CURWOOD: So, President Obama recently announced that he’s going to start a pollinator task force—take a whole bunch of federal agencies and departments to come together to deal with the pollinator crisis. What’s your understanding of what the task force would do?

LU: Well, I think one thing they’re going to set up a habitat or gardens in the Midwest states, so the bee can pollinate and get their food from those gardens or habitats so they can survive. The other aspect of the initiative, as you said, is to gather experts across the agencies to have independent review within the next six months to see whether neonicotinoids, as a group, does cause the CCDs. But I have to say, though, the initiative might be ill-advised. 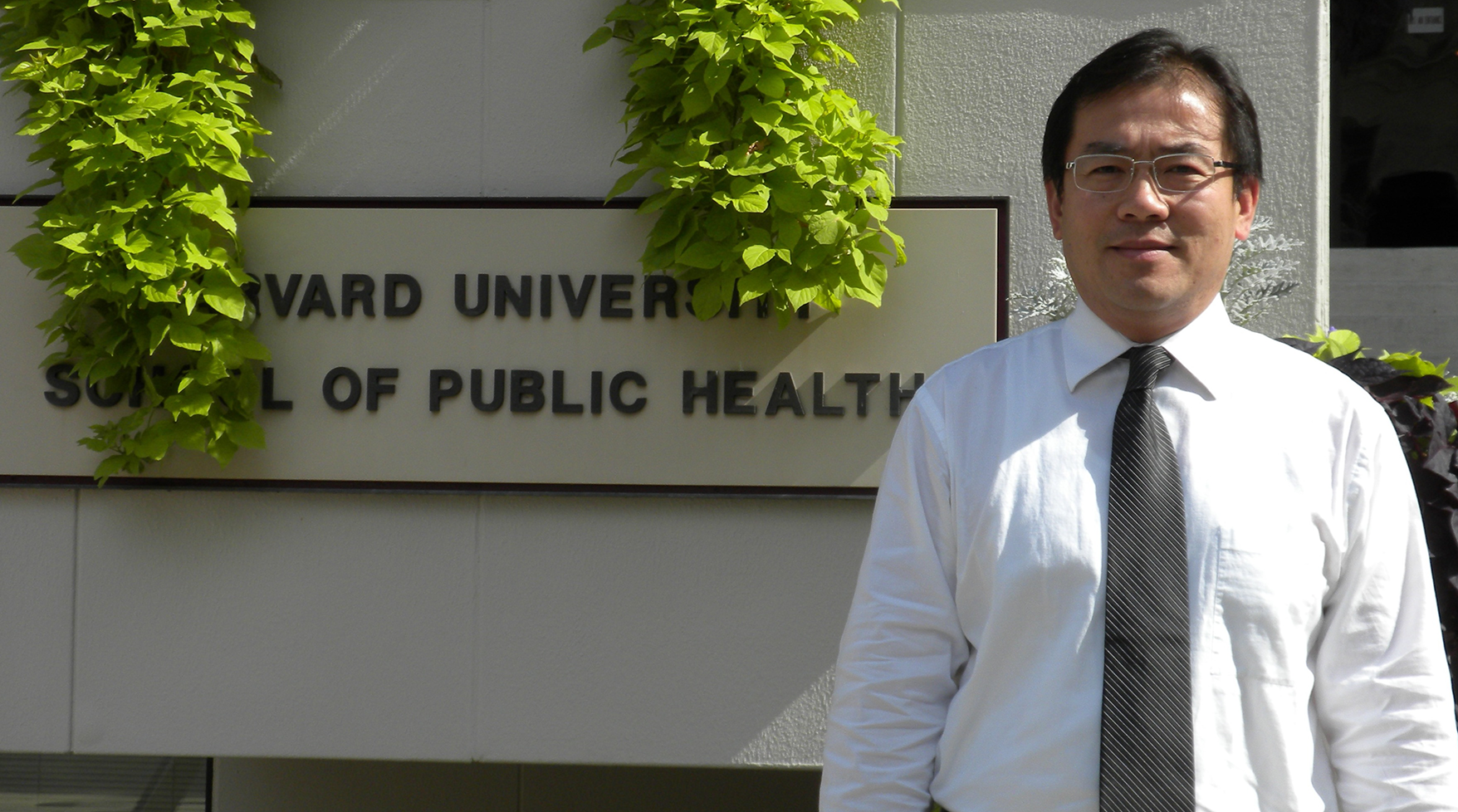 CURWOOD: So, what do we need to do then to save bees?

CURWOOD: Alex Lu is an Associate Professor of Exposure Biology at the Harvard School of Public Health. Thanks for coming by today.


Read Alex Lu’s paper in the Bulletin of Insectology

A recent study found that neonicotinoids were found in “bee-friendly" plants sold at major garden centers in the U.S.