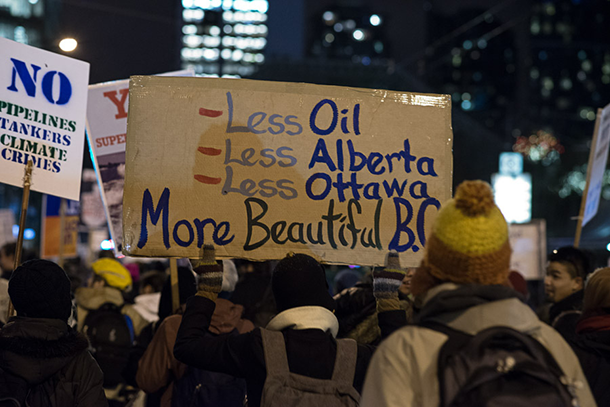 Canada’s federal government recently approved Enbridge’s proposed pipeline to bring Tar Sands oil from Alberta to the west coast. But the coastal First Nations strongly oppose the plan, and the British Columbia premier has yet to agree. Shawn McCarthy, energy reporter for the Globe and Mail, tells host Steve Curwood what this means for the future of the project and how it could impact the future of the Keystone XL pipeline.

CURWOOD: From the Jennifer and Ted Stanley Studios in Boston and PRI, this is Living on Earth. I’m Steve Curwood. The contentious Keystone XL pipeline to carry tar sands oil from Alberta to the U.S. Gulf Coast is back in the news, with a decision by the Canadian government to approve a pipeline that would bypass the U.S. The proposed Northern Gateway Enbridge pipeline would pump diluted bitumen from Alberta, across British Columbia to the country’s West Coast. If this pipeline moves forward, it would undercut the argument of opponents of Keystone XL who say blocking Keystone would protect the climate by keeping a lot of tar sands off the market. But Coastal First Nations strongly oppose the plan, and British Columbia has imposed its own conditions. Shawn McCarthy is an Energy Reporter for The Globe and Mail based in Ottawa and has been following the development of this proposal. Welcome to Living on Earth, Shawn.

MCCARTHY: Thanks very much, Steve.

CURWOOD: Now that the Canadian federal government has approved the Northern Gateway pipeline, what does it mean for the project? Where does it stand?

MCCARTHY: Well, it was a big hurdle for them, clearly, to get federal approval - although given the signals that this government has been sending, it was no surprise to anybody. They had a review panel that held hearings last year. And it recommended to the federal government approval, but it put 209 conditions on it, all of which really the company feels it can meet, but still a lot of work to be done. And then it faces huge political opposition in British Columbia, both from First Nations and non-aboriginal local residents and the provincial government is still not signed off on it; so I think it really is a political decision that the provinces face. The argument is, you know, we're taking the risks here both with pipeline breaks and spills and with the tanker traffic, and where is the reward for the taxpayers of British Columbia? 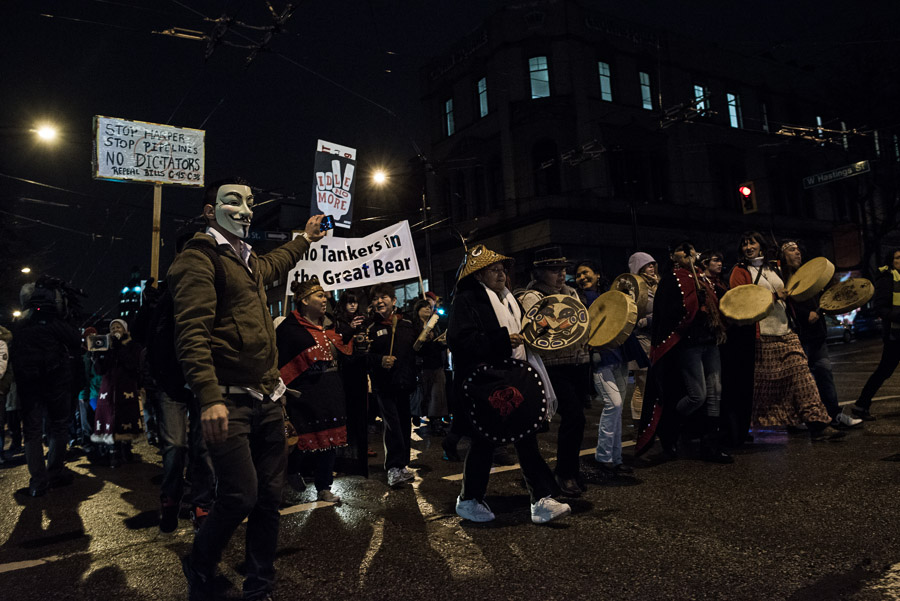 CURWOOD: Tell me about the Canadian system, and what that means about British Columbia's opposition here? How much power does BC have vis-à-vis the federal government of Canada in the situation?

MCCARTHY: Technically, not a lot. Technically, it is a federal decision to approve interprovincial pipelines, but the province does have a great amount of moral suasion and political clout. The federal government is going to be facing an election within a year or so, and huge opposition from the provincial government to this project would really hurt their re-election chances.

CURWOOD: Give me some details of the opinions of those First Nations that have expressed opposition to the pipeline. What are they upset about?

MCCARTHY: Well, there’s two groups: there are the communities that live along the pipeline route which goes from Edmonton in the middle of central Alberta through the Rockies to the coast. I think that the more difficult constituency for the company are the communities on the coast. And they make a good living from the sea—they fish; there’s lots of harvesting of seaweed and other marine flora and fauna that is not just part of their economic survival, but their cultural survival. And they have said, “no way.” They are not prepared to see a pipeline and all the increase in tanker traffic that that will entail. Complicating this is that, unlike in the rest of Canada and most of the United States, these First Nations have not signed treaties and have not ceded sovereignty from their land. And so they actually say that they need to be, not only consulted, but they need to give their okay before this pipeline gets built. And so the issues go way beyond the pipeline, and good luck to Enbridge to try and cut this Gordian knot.

CURWOOD: So what will BC and the First Nations do next? 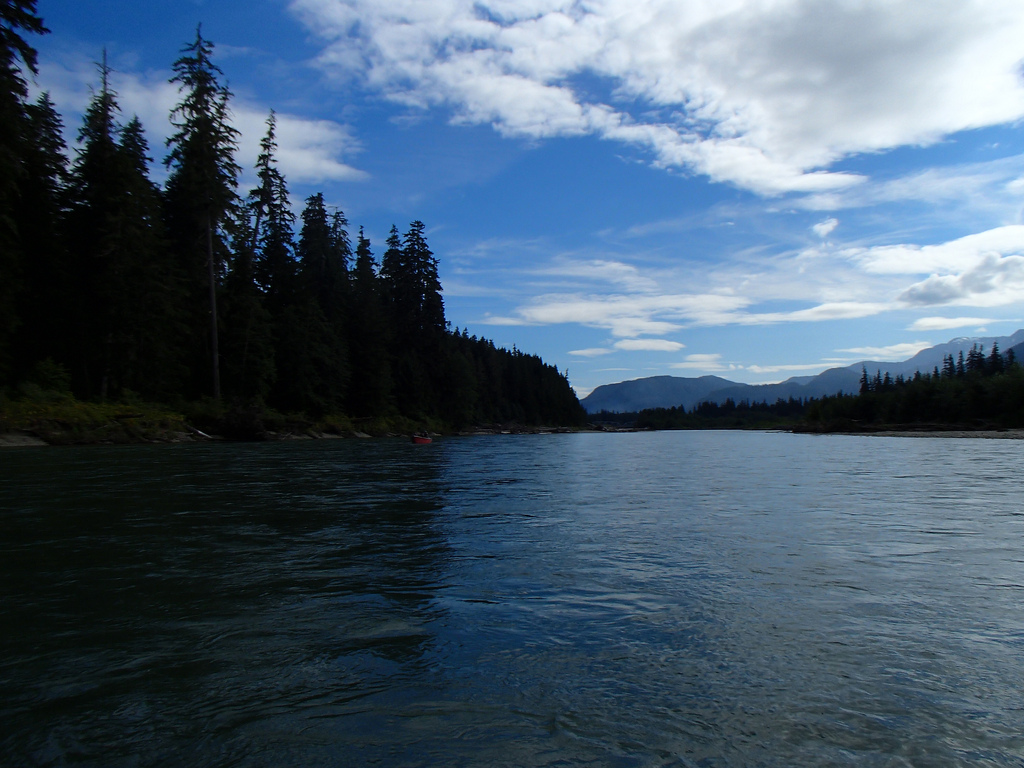 MCCARTHY: So the First Nations have already begun launching legal challenges; in fact, they did it even before the government made its decision. And First Nations have done pretty well by Canadian courts. Their rights have been enshrined and protected and expanded, in some cases, by the courts. Then there is the idea of protest on the ground, and they're vowing that they will engage in direct action protests, lying in front of bulldozers, that type of thing. There is fear of, that things can get nastier if it goes ahead, and there have been threats expressed in the community that things could get violent if the government does not respect the wishes of the communities. As for the province, the province isn't going to make any decisions for quite a while yet, and I don't think that they will take an active opposition to the pipeline. They've just made it very clear to the ministers that their conditions have not been met. The premier has said that, “Our conditions have not been met, and until they are we will not provide support or encouragement to the pipeline.”

CURWOOD: Now, how is Prime Minister, Stephen Harper, and his administration responding to this opposition?

MCCARTHY: Well, I think it's important to note for a starter that even in British Columbia, you know, it's not like an eighty or ninety-percent opposition. Many people are not opposed; or if they are opposed, it's not a top-of-mind issue that would drive their decision in the ballot box. The government argues that the oil sands in Alberta are a hugely important national asset, not just for Alberta, but for the country. Canada's oil has only been exported to the United States in our long history of an oil industry here, which goes back to just after the second World War, and the U.S. now, we’ve seen the Obama administration not wanting to approve the Keystone XL pipeline. We've seen a huge increase in production in the US, and we’ve seen U.S. demand flatten. So if you're selling oil, the U.S. is not a great market to be your sole avenue for sales; so it's vital, according to the government, to expand the access to Asian markets which are eager for that new supply, and will pay world prices, instead of the discounted prices that producers are getting in the US market.

CURWOOD: To what extent is the Northern Gateway project really just a bargaining chip to try to get the Keystone XL pipeline done through the United States, which I gather the folks who are doing the tar sands development would rather see?

MCCARTHY: The industry and the government believe that Canada needs a pipeline to the West Coast to access Asia, and right now the oil sands is producing two million barrels a day. The projections are for five million barrels a day in fifteen years or so, and if they're going to get that kind of growth, Keystone XL alone is not enough. They want at least two if not three more pipelines, so it's not an either or, in the minds of the Canadian government or the industry. That being said, that Keystone Pipeline—it's a key market, and the Canadians would love to get it. They are hopeful I think that the idea that Canada has options will put additional pressure on the U.S. to approve Keystone.

CURWOOD: Shawn McCarthy is a Global Energy Reporter for The Globe and Mail in Ottawa, Canada. Thanks very much, Shawn, for taking the time today.

MCCARTHY: You're welcome. Thanks very much.


Read Shawn McCarthy’s Globe and Mail article on the decision