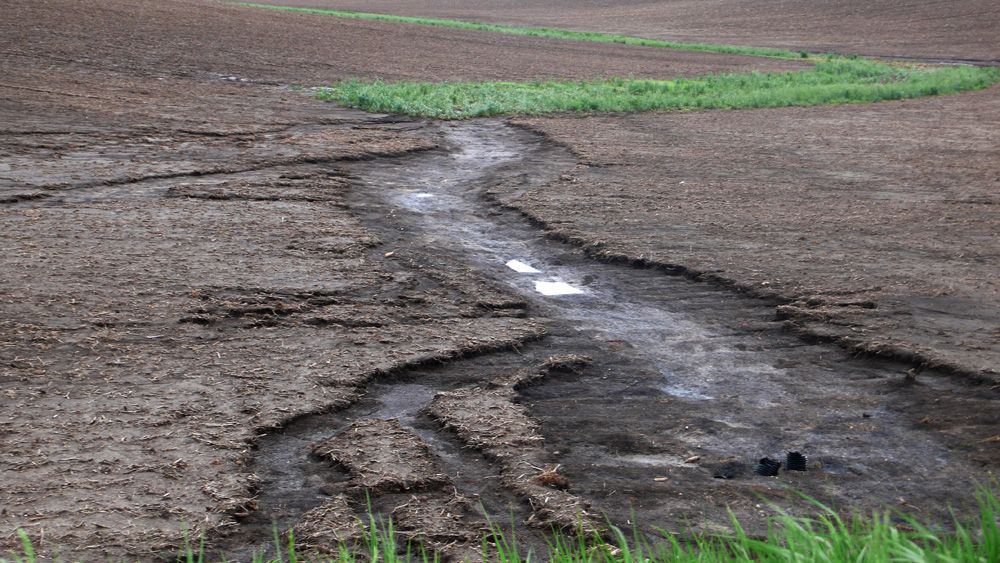 After years of haggling, Congress has passed and President Obama has signed, farm legislation. The new Farm Act gets rid of much-criticized direct payments to farmers, but Craig Cox of the Environmental Working Group tells Steve Curwood it’s not a win for the soil.

CURWOOD: It's Living on Earth, I'm Steve Curwood. Every few years Congress rewrites the massive law that covers everything from farm subsidies to food stamps. After years of debate, President Obama recently signed the latest Farm Bill into law. There's relief that it's finally done, but some of the compromises disappointed a number of stakeholders, including Craig Cox. He’s a biologist and the Senior Vice President of Agriculture and Natural Resources at the Environmental Working Group, and joins us now from Ames, Iowa. Welcome to Living on Earth, Craig.

CURWOOD: So, now after a number of years, the Congress and President have enacted a Farm Bill. It’s now a law. It’s, what, a 1,000-page law. So we can’t cover it all, but what do you see are the major changes in this newest version?

COX: The biggest change is that the Congress is moving away from traditional farm subsidies as the way that taxpayers support farm income, and replacing those traditional subsidies with essentially a pumped-up crop insurance program. Getting rid of direct payments has been touted as reform, but they’re using 80 percent of the savings from ending the traditional farm subsidies and using it to create a suite of new subsidy programs that are essentially an add-on to the existing crop insurance program.

CURWOOD: What do these crop insurance incentives do in terms of the impact on our agricultural lands? 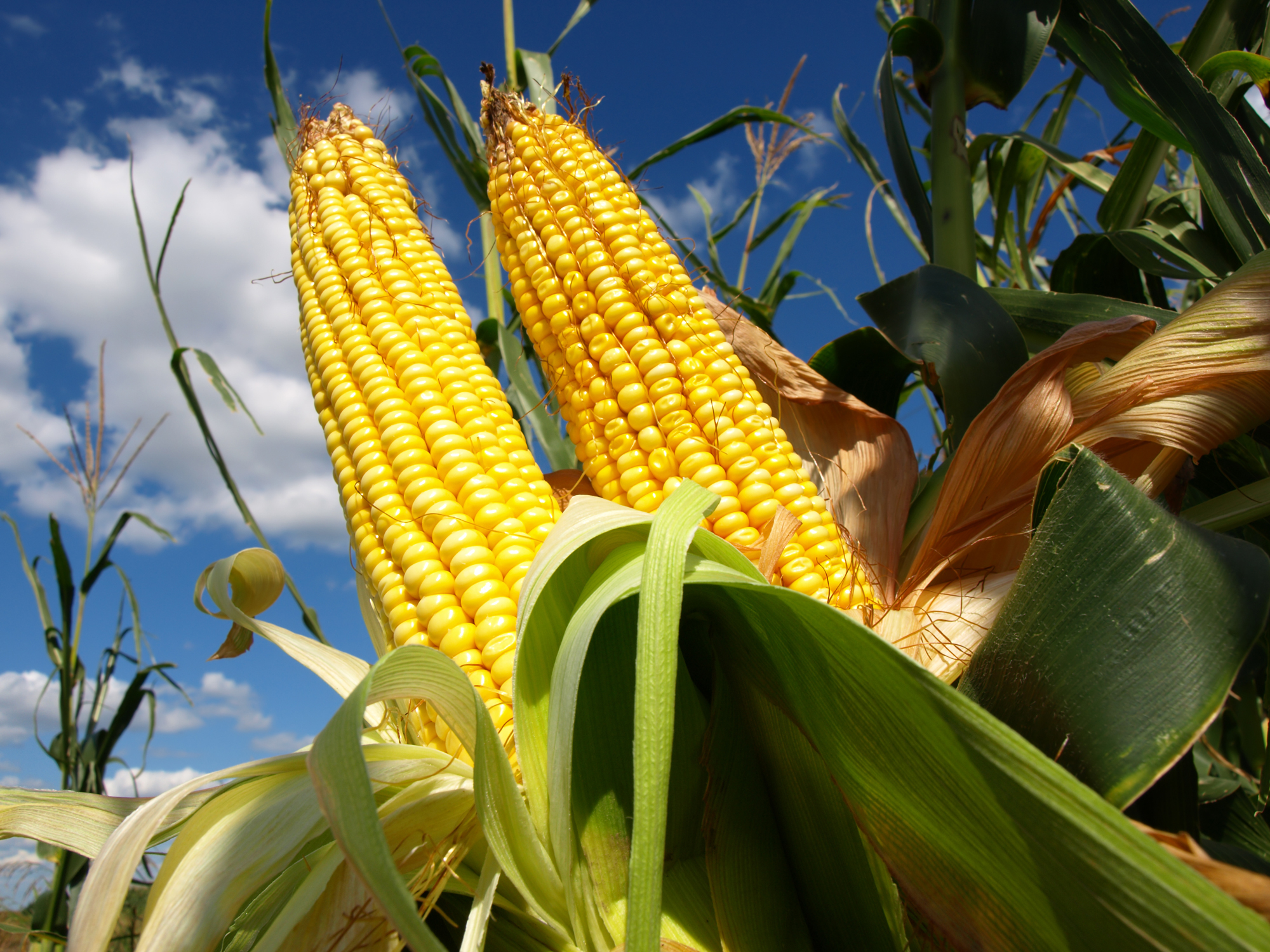 The new Farm Act gets rid of direct payments to farmers, but continues to subsidize production through the cop insurance program (photo: bigstockphoto.com)

COX: That’s one of our major concerns about the direction this Farm Bill is taking. If the taxpayer picks up too much of the inherent natural risk of farming, then obviously you start to encourage farmers to take risks they wouldn’t otherwise take, and some of those risks, like plowing up marginal land that are subjecting to drought or flooding, or increasing the drainage on land they’re already farming, or intensifying and increasing the size of their farms, all of those decisions involve risk. If the taxpayer is going to make sure that that farmer isn’t going to suffer from taking those risks, then why not take them?

CURWOOD: Now, an important part of the farm legislation is the Conservation Reserve Program. Explain that program for us if you would please. 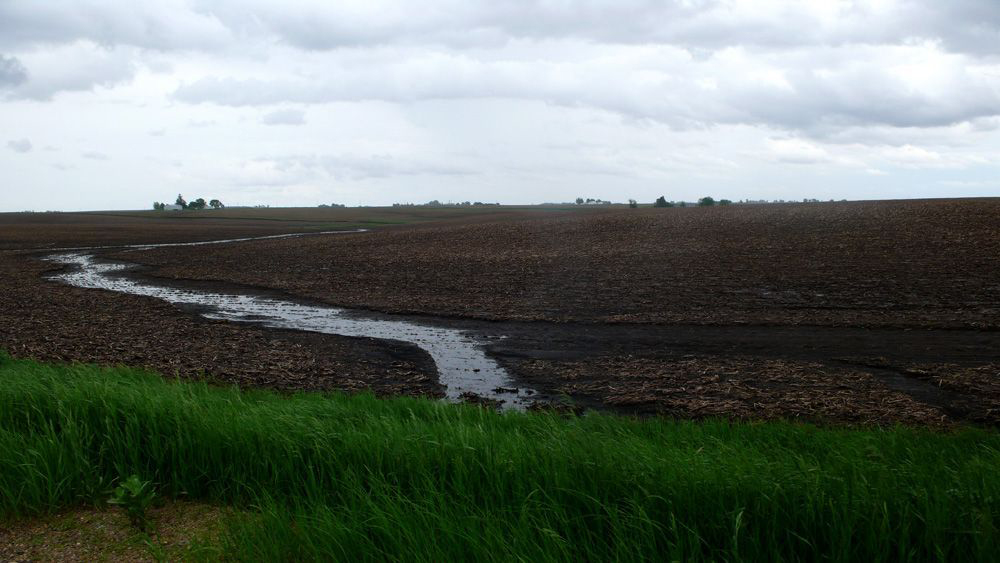 COX: That’s a program that came into being in 1985. It essentially authorizes the government to rent land in a ten-year rental agreement with landowners, to take that land out of crop production and restore it to wetlands or grasslands or forest.

CURWOOD: And how much land is protected under the Conservation Reserve Program now?

CURWOOD: And in your view, what’s the effect of that reduction? 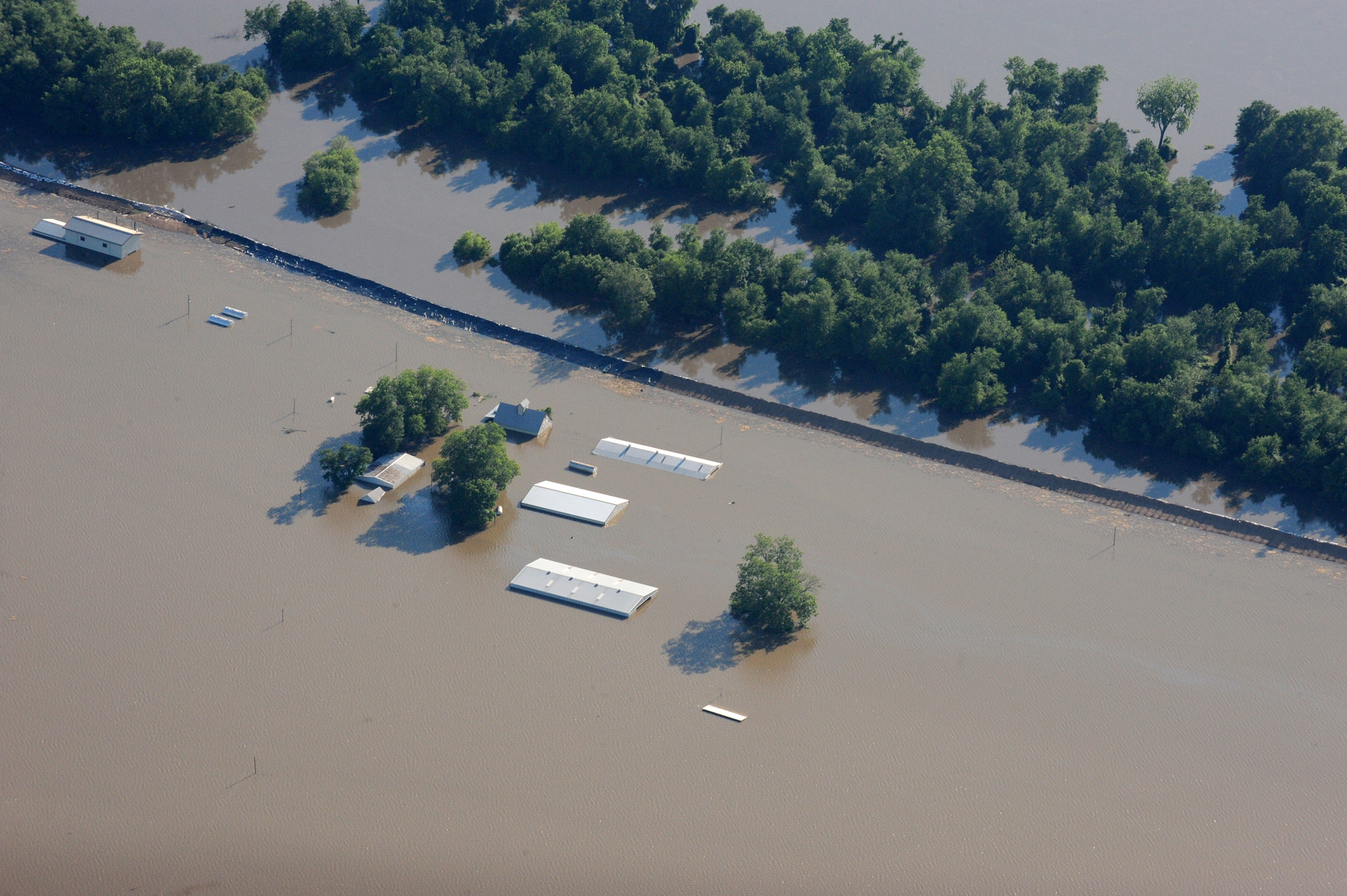 COX: Well, we’re seeing that effect all over the Corn Belt where I live. We’re seeing highly erodible, very vulnerable land coming back into crop production and when a bad storm hits, it’s suffering catastrophic rates of erosion that contribute to pollution of streams and rivers that’s already unacceptable.

CURWOOD: What is the extent of soil loss in the Midwest?

COX: The official estimates that we get from USDA are only statewide averages. So, let’s say my state of Iowa, they report that the statewide average is about five tons per acre of soil loss, which should make you feel somewhat good about rates of erosion. But if you look really more closely than that statewide average, as scientists at the Iowa State University have done, what you find out is that statewide erosion is masking really catastrophic rates of erosion that are occurring when a severe storm hits a poorly protected or vulnerable cropland. And we went out and looked at what happened to cropland after a heavy storm in 2013 in central Iowa, and we found out that 1.2 million acres of farmland may have lost more topsoil in just five days than what is supposed to be lost over an entire year. And in fact, according to the Iowa State scientists, in 16 square miles, the most vulnerable or poorly protected fields may have lost as much as 40 tons of soil per acre in just that five-day period.

CURWOOD: And by the way, the soil in Iowa is, well, special, right?

COX: It’s amazing. It’s incredible soil. It’s the backbone of crop production in the Midwest, which is why this topsoil should be so carefully managed and protected.

CURWOOD: So, with all this soil loss, what impact does the changing climate have on that?

COX: Well, it makes things much more dangerous. These extreme events, the heavy rainfall, really accelerates the rate of erosion and polluted runoff from agricultural fields. And unfortunately, this more dangerous weather is happening as our soil and our farmland is less protected. In response to the high commodity prices...you know as I mentioned marginal land is being brought into production and really shouldn’t be in row crops, farmers are pushing the land hard to try to get every bushel they can out of every square foot of cropland, and as a result, a lot of the conservation practices that would protect that land are leaving the landscape. So at the same time the weather’s becoming more dangerous, the land is becoming more vulnerable, and the combination of those two things is really creating a creeping ecological disaster in the Corn Belt.

CURWOOD: That's Craig Cox of the Environmental Working Group speaking to us from Ames Iowa.


Library of Congress Summary of the 2014 Agriculture Act

Check out more from Craig Cox