Russia Cracks Down on Critics of Olympic Site Construction 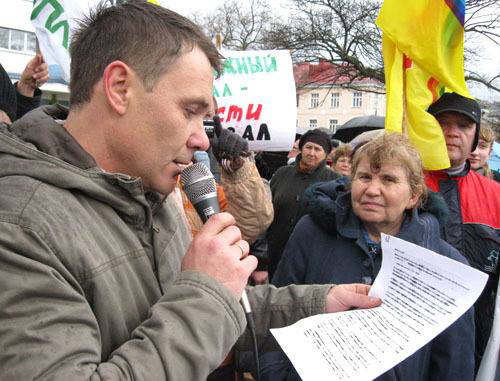 Environmental activists in Sochi, Russia have been raising serious concerns about the impact of Olympic developments on the delicate ecosystems in the North Caucasus. Journalist Alice Speri tells host Steve Curwood that the Russia government is cracking down on the protestors.

CURWOOD: Yes, it's that time again. The Winter Olympic Games begin on February 7 in Sochi, Russia, and they're reportedly the most expensive ever, at $51 billion. That staggering impact on the Russian treasury has sparked a lot of controversy, and there have also been protests about the environmental impact of the games. Those demonstrations have led to a harsh crackdown and the arrests of green activists. Freelance journalist Alice Speri has been covering the controversy from Russia and she explains what happened.

SPERI: So last December, just as the Russian government released members of the punk band Pussy Riot and Greenpeace activists that had been arrested, they also sentenced an environmental activist in the Sochi region to three years to a penal colony. That sentence is currently pending an appeal, so it’s not quite set yet, but the activist in question, Evgeny Vitishko is a geologist and a very active and outspoken member of the Environmental Watch of the North Caucasus, which is an activist environmentalist group in the Sochi region that’s been really critical of the games. But this is just the latest example of a long string of intimidation and harassment of activists in the area.

CURWOOD: Now, as I understand it, the Russian governments say that these Olympics are the greenest ever. What steps in fact have they taken?

SPERI: So Sochi organizers are really keen on projecting a green image, and they’ve detailed a long list of conservation measures they’ve taken to limit damage. For instance, they said that they have attempted to reforest some of the areas that have been destroyed in the course of Olympic construction. They brought in new plants, and they relocated a number of rare species of animals. They also pledged to compensate for their carbon footprint, and for the carbon footprint of all the athletes, and all the members of the media that will be attending Sochi. That’s quite unprecedented for an Olympic. So there have definitely been some efforts to mitigate the environmental damage, but at the same time, we have independent consultants, environmental experts, that have worked on a number of Olympics before that said that the level of environmental damage we’ve seen at Sochi is completely unprecedented.

CURWOOD: Specifically, what are some of the criticisms that the local environmental activists are making about the development that’s going on in Sochi?

SPERI: The primary concern of many activists is that in order to construct Olympic venues, the Russian government changed legislation protecting the environment in the area. So there’s a number of levels of protection, if you will, one of these is a national park, which is similar to our national parks here, in which you can only carry out very limited construction. The Russian government changed the legislation in order to be able to bring venues and roads into national parks. Most of the competitions will take place in what is the Sochi national park. 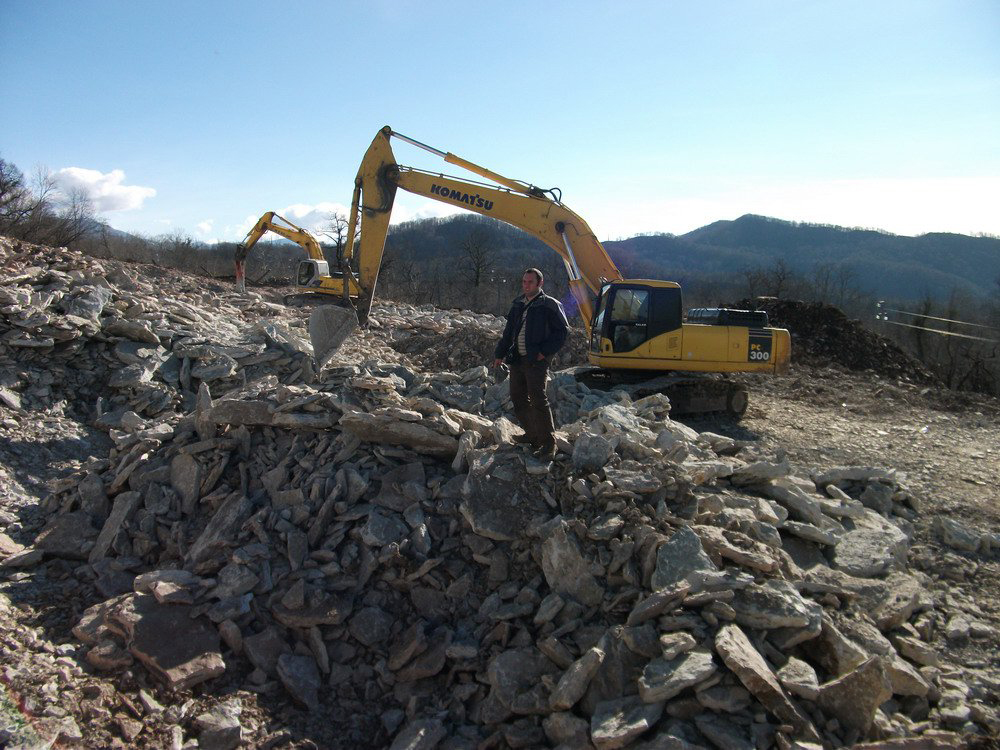 Olympic construction dumping in the area around Akhshtyr (credit: Environmental Watch of the North Caucasus)

The Russian government originally planned to construct Olympic venues in what is a UNESCO heritage site. There was a lot of international pressure and a lot of opposition to that, so they moved most venues to the nearby national park, the Sochi national park. So really the main concern of a lot of environmentalists is that this is setting a very dangerous precedent in Russia, and that because environmental concerns are not a priority when most construction takes place, the fact that this legislation has been changed will be used again in the future.

CURWOOD: Alice, describe for me the ecosystem there. What’s it like, and how is it being impacted by the Olympic development?

SPERI: Sochi was a very interesting choice for a winter Olympics venue. It is the only place in Russia that has subtropical climate, so really not quite a winter destination, and, you know, Russia has plenty of mountains and plenty of snow elsewhere. But what people were saying is that what the local authorities and Russian authorities wanted was to have ski resorts and slopes close to the coast where a lot of elites have their summer homes. The problem with that is this is an extremely unique ecosystem for Russia and a lot of that ecosystem has been destroyed in the course of Olympic construction. One of the areas that was particularly damaged is the Mzynta River Valley in the mountains. This was a completely pristine, physically untouched river valley and forest that was home to very rare animal and plant species, and some 5,000 acres of this land was completely destroyed to make room for Olympic venues. The government has promised to compensate for the damage by bringing in reforestation projects, by relocating some of the animals, but really this was an untouched environment, a unique environment that has been lost.

CURWOOD: What about the people living in the region? What’s the impact that the Olympic development is having on them?

SPERI: People in the region have been impacted in a number of ways, by Olympic construction - and this goes from huge traffic that has sort of halted the city for years - to the environmental damage itself. This has been particularly difficult for the villagers around Sochi. There is a particular one village, Akhshtyr where residents were completely cut off from transportation for five years as this large railway and road were being built to connect Olympic venues on the coast to Olympic venues in the mountains. This village was also cut off from water supplies, so a lot of people in Sochi and around Sochi have really seen not only their environment transform, but their daily lives. 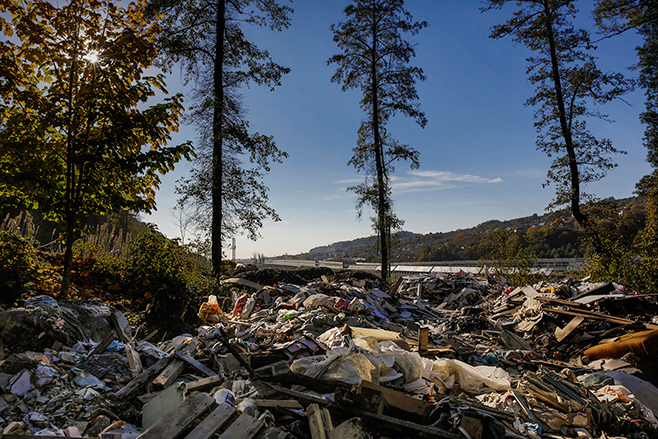 CURWOOD: How have Russia and the International Olympic Committee responded to these criticisms?

SPERI: Russian authorities do not respond very well to criticism. Early on, the Russian authorities involved, or attempted to involve, members of civil society and environmental experts in the planning process. They worked with members of the Environmental Watch of the North Caucasus, they worked with members of Greenpeace Russia, but a lot of these people ended up leaving the process disillusioned when they felt that the recommendations they made were not being implemented at all, and a lot of these people felt they were being used as part of the authorities’ attempt to greenwash the Olympics.

The International Olympic Committee has responded to criticism. They have said they are aware of the concerns in Sochi, and that they have attempted to work with Sochi organizers to make the Olympics more green. They have suggested alternatives and more sustainable options, for instance, the choice of Olympic venues. However, a lot of groups said the Olympic Committee has not done enough to uphold and protect the commitment to environmentalism that is at the heart of the Olympic charter.

CURWOOD: When you talk to the environmental activists and ask them why did they think this all happened, what do they tell you? 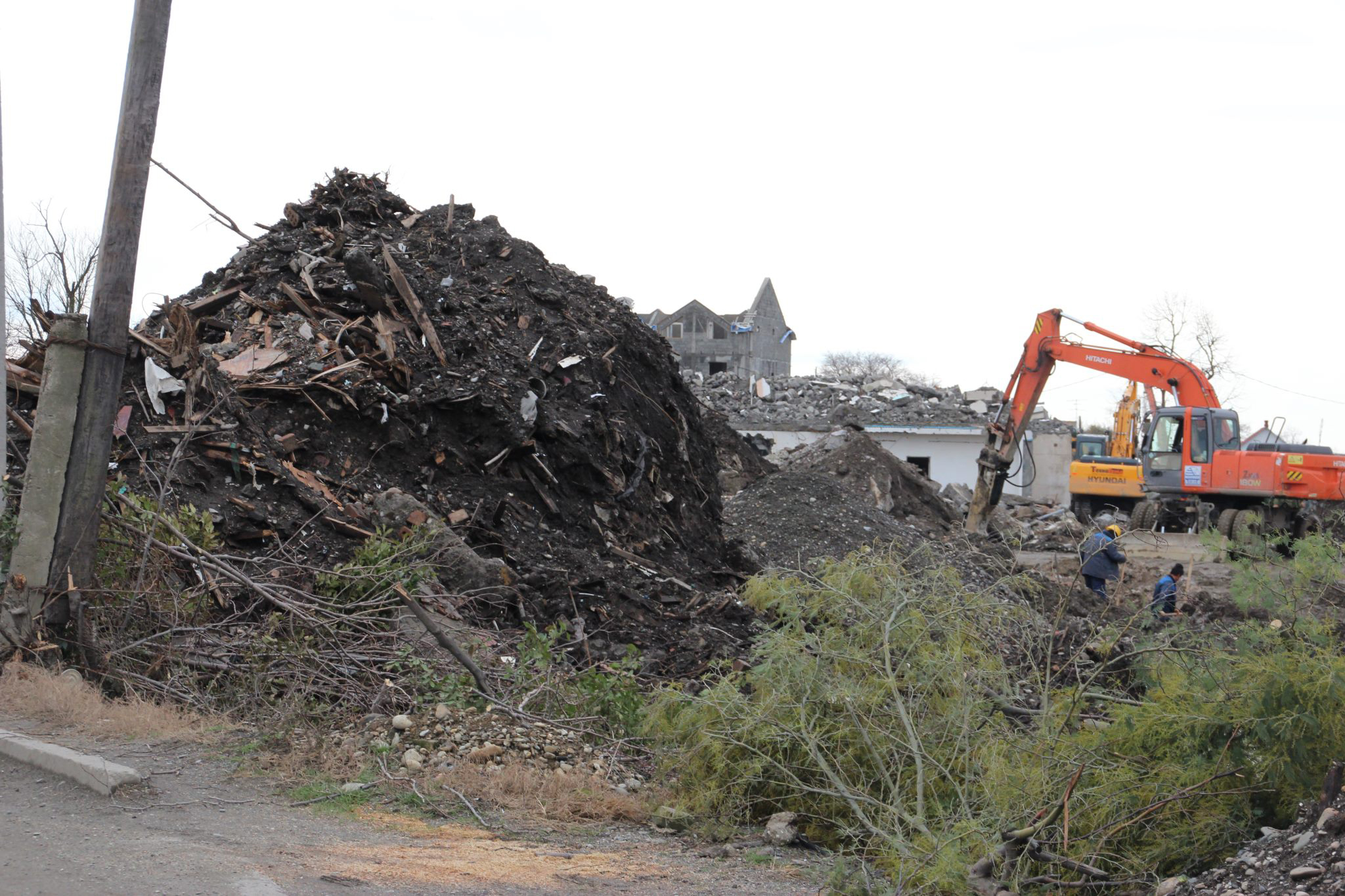 SPERI: I think a lot of people feel this is somewhat in line with the way things are going with Russia in general. A lot of people point to Putin’s latest term as President, and they say that since his return to power in 2012 there’s really been a crackdown on any critical voice. And environmentalists happen to be a particularly outspoken and particularly combative group, if you will, but they’re not the only ones. So a lot of them feel that really there just really isn’t any space for critical voices in Russia at this point for anybody that’s crossing business interests that are very much linked with political interests. 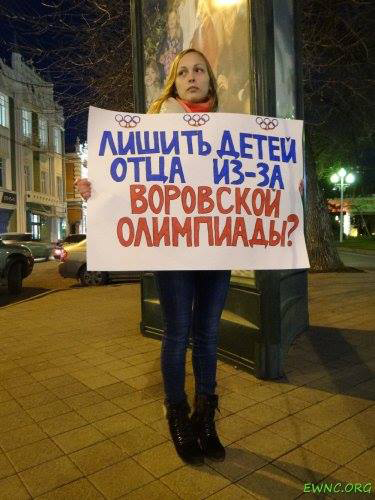 An activist protesting the sentencing of Evgeny Vitishko. Translation: "Robbing children of a father because of a corrupt Olympics?" (photo: Environmental Watch of the North Caucasus)

There is a lot of sadness actually, when you talk to these activists - a lot of them got into this line of work because they love the places they grew up in, they love the region around Sochi, and they’ve really seen it destroyed over the last few years. There isn’t a whole lot of hope, and I think there’s also a certain level of disillusionment with the way which the community, the international community, has watched this Olympics. I mean, we’ve seen critical reports, we’ve seen some investigations, but overall the spotlight on Sochi has not brought any substantial changes on the ground, and people are really worried that things will just get worse when the Olympics are over. 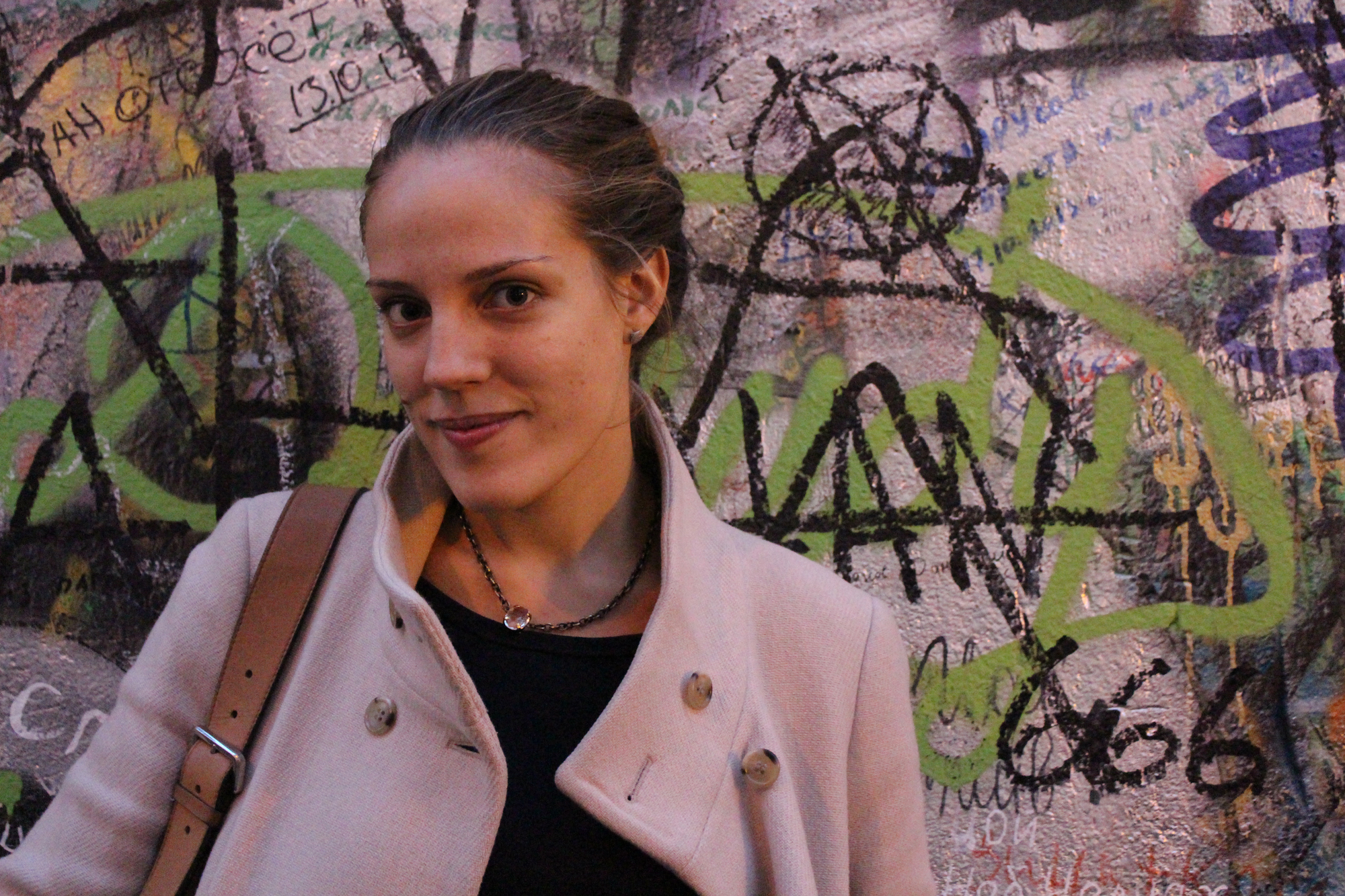 CURWOOD: Alice Speri is a freelance journalist whose been covering the Sochi Olympic development. Thank you so much for taking the time with us today.

SPERI: Thank you for having me.