Beyond the Headlines – Environmental Coverage on the Rise 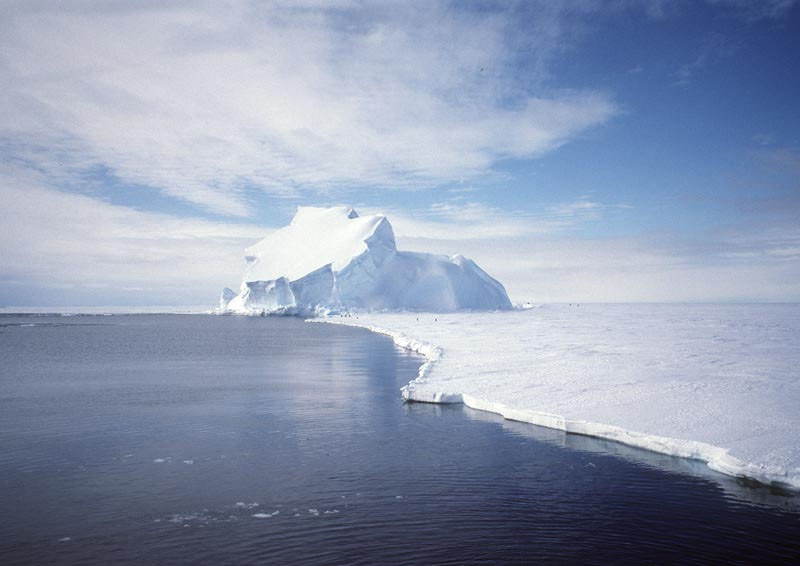 2014 marks the 55th anniversary of the Antarctic Treaty (photo: NASA)

In this trip beyond the headlines, Peter Dykstra of Daily Climate and ehn.org talks with host Steve Curwood about the state of environmental media coverage and some important anniversaries for 2014.

CURWOOD It’s Living on Earth, I’m Steve Curwood. Time now for a new year’s check-in with online publisher Peter Dykstra. He and his team check out thousands of English language media outlets every day for the best stories to compile in DailyClimate.org and Environmental Health News, that's EHN.org. Hi there, Peter.

CURWOOD: So, what’ve you got for us this week?

DYKSTRA: Well, we’re going to do the good news, bad news thing, and covering the environment for as much as you have, you know that when you have good news and bad news it’s really good news, because sometimes there’s nothing but bad news out there. We’ll start with what you and I do for a living, environmental journalism.

DYKSTRA: Absolutely. Every year since 2010, our folks at dailyclimate.org look at the total number of climate change stories that are published around the world. Every year, that number has gotten lower and lower, but this year we’re seeing a big turnaround. We tracked 5,000 English language publications around the world, and there’a really healthy jump and interest in covering the environment this year, maybe by as much as 20 percent.

CURWOOD: Why the big jump?

DYKSTRA: The big jump, it has a lot to do with several things. There’s been a crescendo of interest in energy stories this year - a lot of reporting on fracking, the alleged war on coal, the amount of coal that’s getting ready for export, the pipeline stories, there have been several nuclear plants shut down in the US this year, and, of course, wind and solar has gotten a lot of attention as well. But we’re also looking at a trend in increased local coverage of local climate impacts. We do a series called, “Climate at Your Doorstep,” and there’s a real turning point out there because when you look at climate change, we’re no longer talking about theoreticals, we’re no longer talking about projections and climate models and what we’re going to look like 50 years from now. We’re looking at what’s happening now with climate change.

CURWOOD: And you said there was some bad news.

DYKSTRA: Of course there’s bad news, Steve; there’s always bad news. But this time it focuses on two major news organizations, the New York Times and Reuters. They both took heat this past year for cutbacks in environment and climate coverage. The Times eliminated its environment editor position at the beginning of 2013, then they shut down their Green Blog. They took a lot of heat, they took heat from their own public editor who said the moves were a mistake.

And over at Reuters, there was a reporter who quit in anger and publicly criticized the leadership of the wire service for discouraging coverage of climate change. And we took a look at what was happening by the numbers. The Times, there’s been a modest decrease in the volume of environment coverage at The Times. There’s been a much bigger decrease at Reuters in their coverage of climate change.

CURWOOD: So, Peter, what are some anniversaries coming up this year in terms of politics and the law?

DYKSTRA: One thing that might serve as a model for more success in dealing with environmental issues are two global treaties that are both celebrating anniversaries this year.

The Antarctic Treaty is 55-years-old. It’s successfully kept Antarctica free of environmental abuse, of territorial conflicts between nations. And the Montreal Protocol is 25-years-old, and for a quarter century, it’s helped heal the ozone hole, it’s led to reductions in chemicals like CFCs that damage the ozone layer. The ozone layer, of course, protects us from harmful radiation from the sun. Those chemicals like CFCs are also potent greenhouse gases, so the Montreal Protocol is actually helping solve two problems. Scientists say the ozone hole is on its way to recovery. You want to know the most remarkable thing about the success of these two treaties?

DYKSTRA: The Antarctic Treaty came together in the middle of the Cold War, when people like Dwight Eisenhower and Nikita Khruschev were dominating world politics. They pulled the Antarctic Treaty together. The Montreal Protocol, a quarter century ago, was hammered out by people like Ronald Reagan and Margaret Thatcher and “Tear-down-this-wall” Mister Gorbachev.

CURWOOD: And the moral of the story is if they did it, maybe we can figure climate out?

DYKSTRA: Precisely. That’s a hope and something to look forward to in the coming year, and happy new year to everybody...but let me mention one more final thing about our EHN archives.

CURWOOD: This a commercial pitch, huh?

DYKSTRA: Yes, but it’s a commercial pitch for you because if you go to EHN.org and look at the 425,000 news stories in there, one of the most frequent contributors is a gentleman named Steve Curwood of Living on Earth.


Peter Dykstra is the editor of the Daily Climate