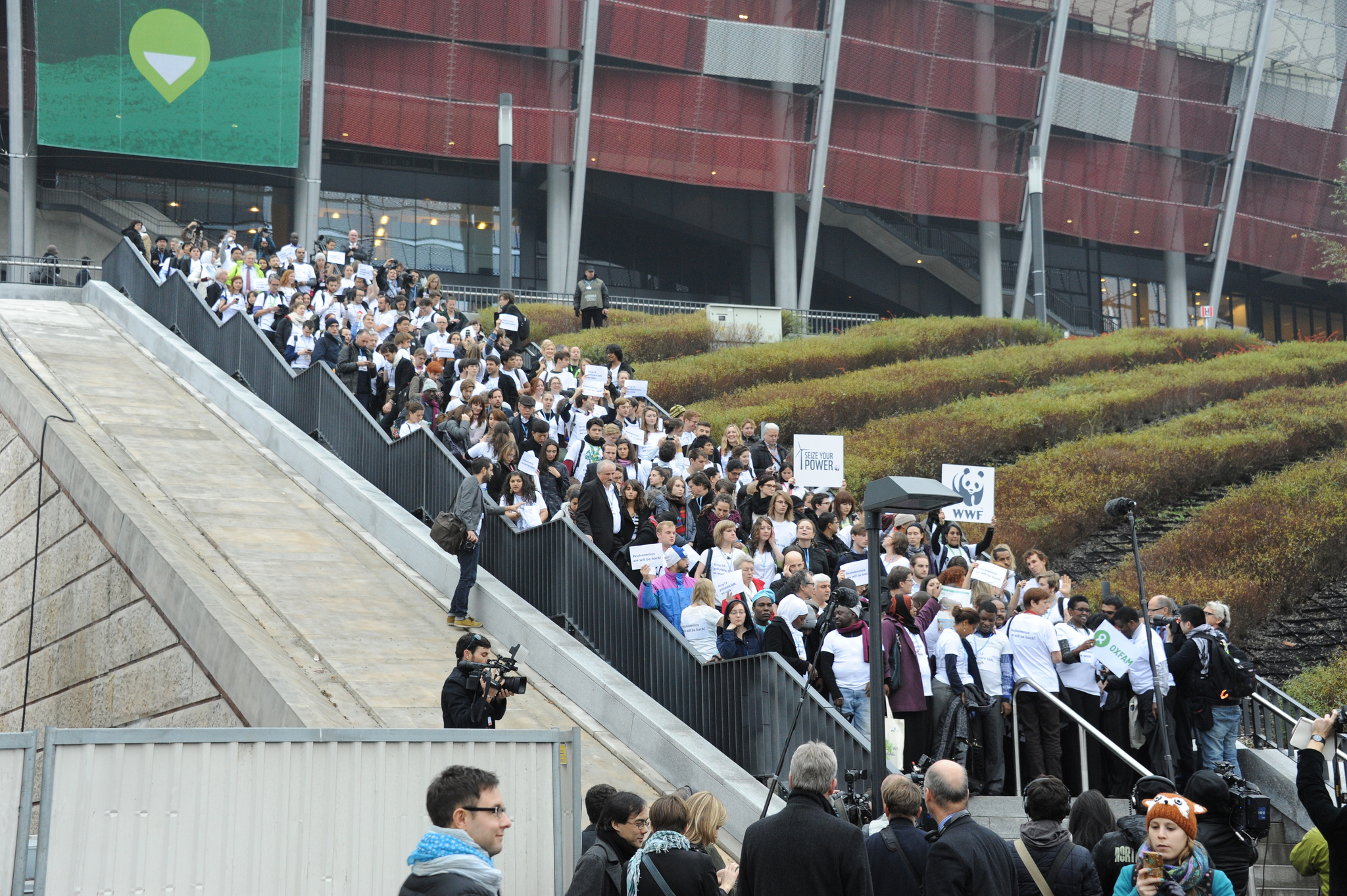 Representatives from 195 nations and civil society organizations recently met in Warsaw, Poland to continue work on the UN's treaty addressing global climate change. Jennifer Morgan of the World Resources Institute tells host Steve Curwood that tensions were high over the reluctance of developed nations to accept liability for extreme weather and rising oceans. At one point the slow progress at COP19 prompted a mass walkout of environmental groups and NGOs, but 27 hours after the negotiations were scheduled to end a deal was struck to keep the process on target for approval of a final agreement in 2015.

CURWOOD: From the Jennifer and Ted Stanley Studios in Boston, this is Living on Earth. I’m Steve Curwood. Diplomats and advocates spent the last two weeks in Warsaw, Poland, at the UN's annual climate meeting, or COP. They made virtually no progress, despite a hunger strike in sympathy with Filipino victims of Typhoon Haiyan and the deadlock ultimately sparked an unprecedented walk-out by NGOs. Kumi Naidoo leads Greenpeace International.

NAIDOO: This action is a clear statement that this particular COP is a complete betrayal to the sense of urgency that is needed. Our political leaders have the temerity to tolerate the fact that we are called hooligans when in fact the real hooligans are the CEOs and the real bosses of oil, coal and gas companies that have completely captured our governments, and they have completely captured this negotiating process. It is an insult to us that this COP is largely sponsored by the coal industry. We are not disrespecting the United Nations or the United Nations Framework Convention on Climate Change. It is the individual positions that powerful governments bring here that is holding up the process. That is why our commitment here is not simply saying, “We’re walking out.” We are saying, “We’re walking out, and we’re committing ourselves to mobilizing the largest number of people in every single country in the world, to say to every parent, ‘Your child and your grandchildren’s future is at stake. You need to stand up now and take action so that when we get to the next COP in Lima, Peru, next year, we have a fighting chance to lay the foundations for a fair, ambitious and legally binding treaty when we get to Paris,”- something by the way that we were supposed to have achieved in Copenhagen. So our message to our political leaders: Understand that nature does not negotiate. You cannot change the science, and we have to change political will. 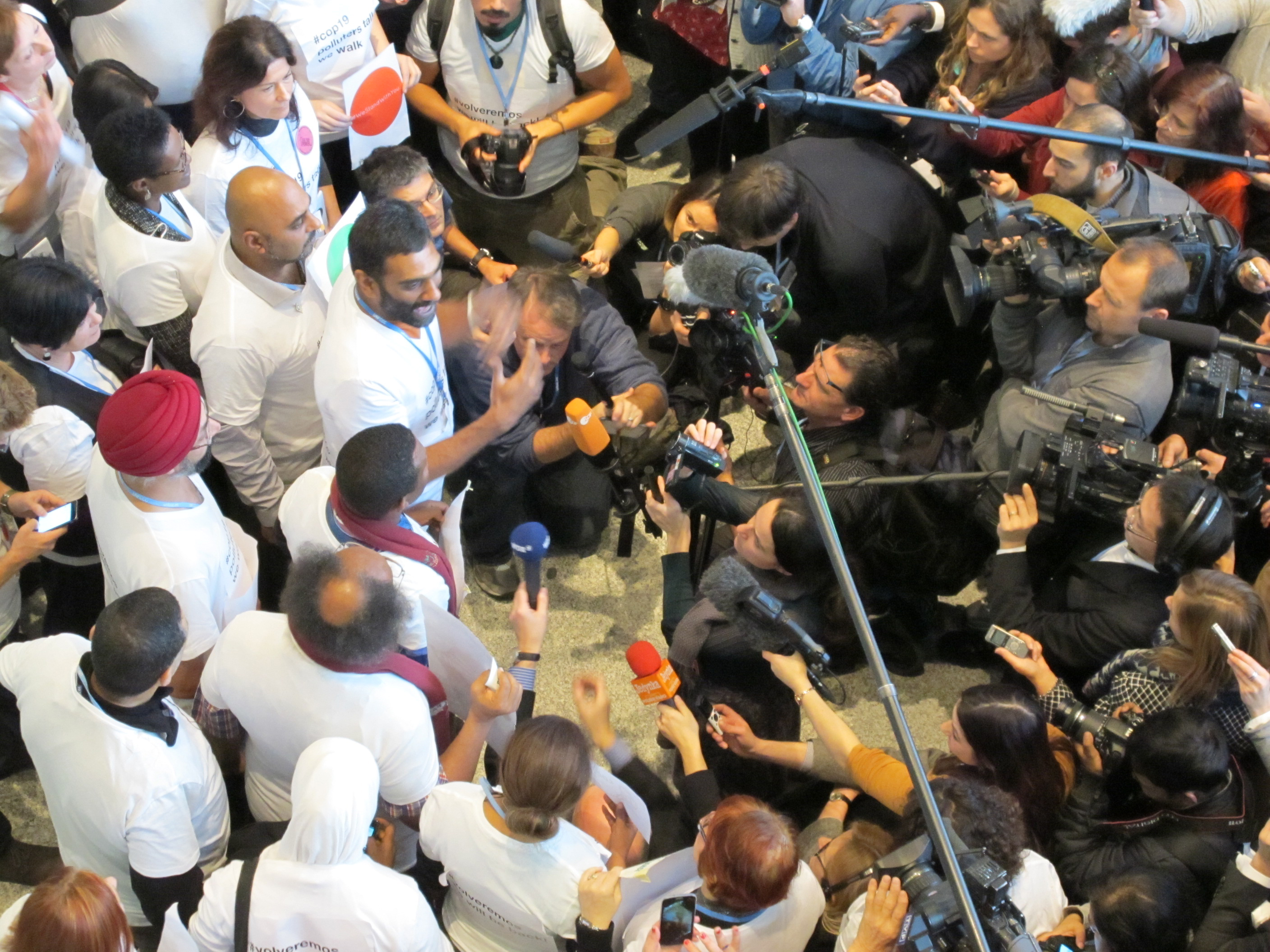 CURWOOD: Joining us now from Warsaw to put this all in context is a veteran of all 19 of the UN's climate COPs, Jennifer Morgan, director of the climate and energy program at the World Resources Institute.

MORGAN: Well, I think you’re seeing a deep, deep frustration with the response of governments and corporations to the crisis that’s occurring on climate change right now, and the feeling like they needed to shout out to the world that it’s just not enough, what’s happening inside these halls or back in capitals to address the problem.

CURWOOD: What are these groups like Oxfam and World Wildlife Fund saying they’re going to do to get the political will needed to have their governments push for success at meetings like this?

MORGAN: Well, I think what I’ve heard those groups say is that they’re going to go back to capitals, they’re going to join forces with other movements, other groups, in order to put pressure both on the fossil fuel industry which they hold rightfully responsible for emissions, but also directly on governments. Japan and Australia have been the big stories here in the last two weeks, so it’s really heading back home into the politics to try and change them. 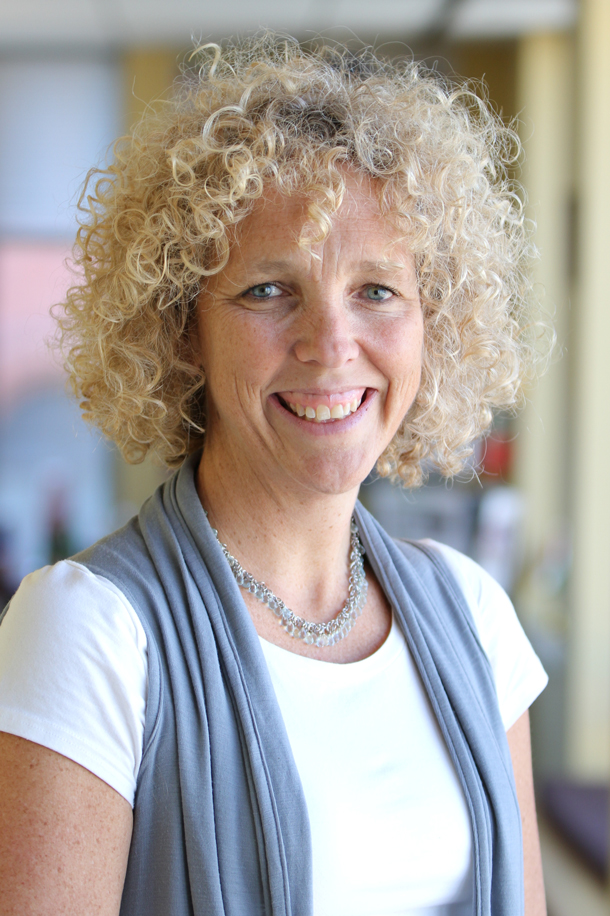 CURWOOD: What did Japan and Australia do at these talks?

MORGAN: Unfortunately, separately, Australia’s new government has announced that they are not going to increase their pledge from a five percent target - what they have right now - up to a 25 percent target which the previous government was considering. Japan has announced that it’s going to weaken its target to tackle climate change quite significantly, in a way that would allow its emissions to grow, and that, both Australia and Japan, has created tremendous anger in civil society and also of course in a number of countries around the world, China included, African countries included, about this walkback, those two countries. 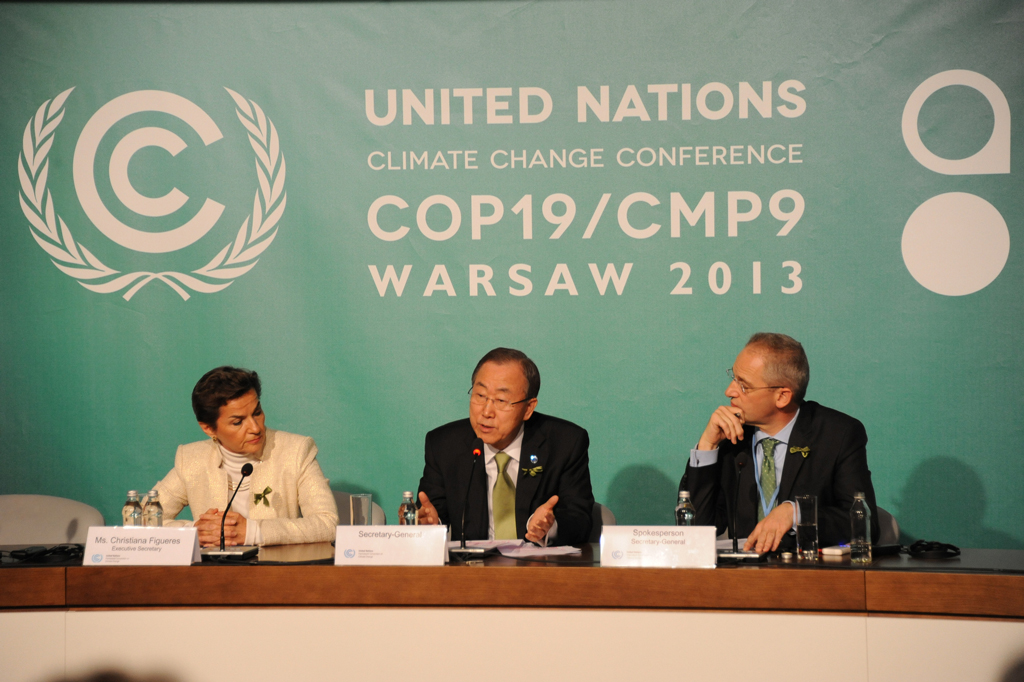 CURWOOD: How angry are these nations? What talk is there about taking more stringent action?

MORGAN: Well, I think they’re very angry but at the same time, I would say the most constructive delegations here in the negotiations about how to move forward and getting a new agreement have been the African nations. For example, South Africa has brought forward a very interesting proposal around the issue of equity which gets to the heart of how do you know whether an agreement is fair or not? How much does each country have to do, which is at the very core of these negotiations. Africa’s come in with a proposal that brings in science, tries to move the debate forward in really tackling, OK, who’s responsible for the past, but also, who’s responsible, and likely to be responsible, for the future?

CURWOOD: Now, what happened with the developing nations at the loss and damage talks? 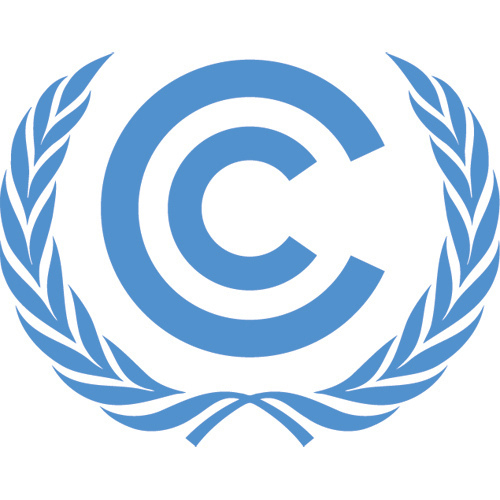 The official logo of the United Nations Convention on Climate Change. (UNFCCC)

MORGAN: On the issue of loss and damage, it’s really about what happens when a country can’t prepare for an extreme weather event or something like sea level rise that’s caused by climate change, and there’s permanent damage. People lose their homes, they lose their whole livelihoods. How do those people get taken care of? And developing countries feel that because developed countries are most responsible for the problem, that they should take care of them, of those people who have suffered such damage. Developed countries, on the other hand, while they sympathize, are quite nervous.

CURWOOD: What exactly are the developed countries so nervous about?

MORGAN: Well, I think when the words such as, can you be held liable for these types of events; they’re worried about having to pay large sums to support the revitalization or rebuilding of cities around the world, and being held responsible for that.

CURWOOD: And what about places that might disappear under rising seas?

MORGAN: Well, certainly places, small islands, that could disappear are very much at the forefront of this debate with their worries, and they have a case. What happens when their island disappears? Where do they go? Who takes care of them? It’s a huge moral issue of our time, I think.

CURWOOD: How was Poland as the leader of these talks since it was the host country, it chaired them.

MORGAN: Poland was an incredibly controversial president at this COP due to their role within the European Union of holding back action. It’s very well known that they’ve blocked Europe from moving forward, for example, to a higher target. They hosted a coal conference here in the middle of a climate meeting when it’s quite clear that coal is one of the biggest polluters and causes of climate change. So it hasn’t been, let’s say, the most progressive president that has hosted a COP.

CURWOOD: What should American citizens know about how the US government conducted itself at these talks?

MORGAN: I think they should know that the US government is starting to get more credibility internationally through the leadership of President Obama and his administration to actually take domestic action to tackle the problem. But they should know that there is a great expectation that the US works with others to go much further, to work together with other major economies, to drive emissions down at a much greater scale than there is right now.

CURWOOD: We’re talking to you before the final gavel comes down on these talks, but at the end of the day, what do you think is likely to be the ultimate outcome here?

MORGAN: I think there’s two things that I hope come out of this meeting. The first is really just a broader sense of what’s at stake to the public and leaders around the world, a signal to high carbon industries that they just can’t keep going the way that they’ve been going. We’re in a crisis. I hope that somehow that message comes through to the broader public. The second is the very nuts and bolts decisions that need to come out of a meeting like this. I hope there’s a clear pathway to getting an ambitious and fair agreement in 2015, and that there’s new initiatives that come forward that say we’re going to act now.

CURWOOD: Jennifer Morgan is Director of the Energy and Climate Program at the World Resources Institute. Jennifer, thanks so much for taking this time today.

MORGAN: Thank you very much.