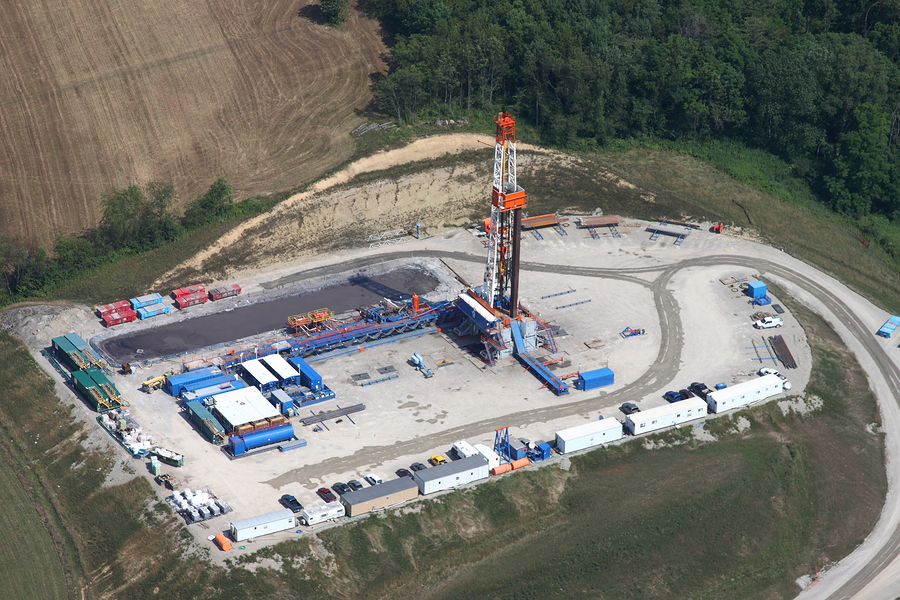 This natural gas well delivers gas from the Marcellus shale to the earth’s surface for use in transportation and power production (Photo: bigstockphoto.com)

In April, the EPA lowered its estimates for how much of the powerful greenhouse gas methane leaks from natural gas wells to the atmosphere but the number remains, at best, an estimate. Cornell professor Tony Ingraffea joins host Steve Curwood to talk about how difficult it is to solve the problem of leaking methane.

CURWOOD: Now, President Obama has touted natural gas as a valuable bridge fuel to transition to renewable energy. But there's a catch the President doesn't mention -- the methane that leaks from oil and gas wells. Methane is about 25 times more powerful than CO2 as a global warming gas, and nobody knows for sure how much of it is actually leaking. Well, Tony Ingraffea is trying to find out. He's a professor of civil and environmental engineering at Cornell University.
His lab models the failures that lead to methane leaks. Welcome to Living on Earth!

INGRAFFEA: Good to be with you Steve, thank you! 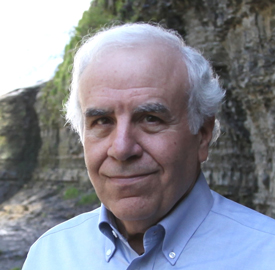 Cornell professor Tony Ingraffea researches how natural gas wells fail and how to measure the methane that leaks out (Photo: Tony Ingraffea).

CURWOOD: So, tell me, why is it so difficult to figure out just how many natural gas wells are leaking?

INGRAFFEA: There are approximate 4.2 million oil and gas wells in North America alone, and although many of those that are recent are inspected, it’s very difficult to keep up with that kind of a backlog. We don’t really have a count for how many are leaking and more importantly, we don’t have a measure of how much methane is leaking form all those leaking wells.

CURWOOD: Now you’ve asserted that natural gas wells are leaking at a dangerous rate but the EPA reported back in April that production related methane emissions are actually down even as the amount of drilling has skyrocketed. What do you make of this? 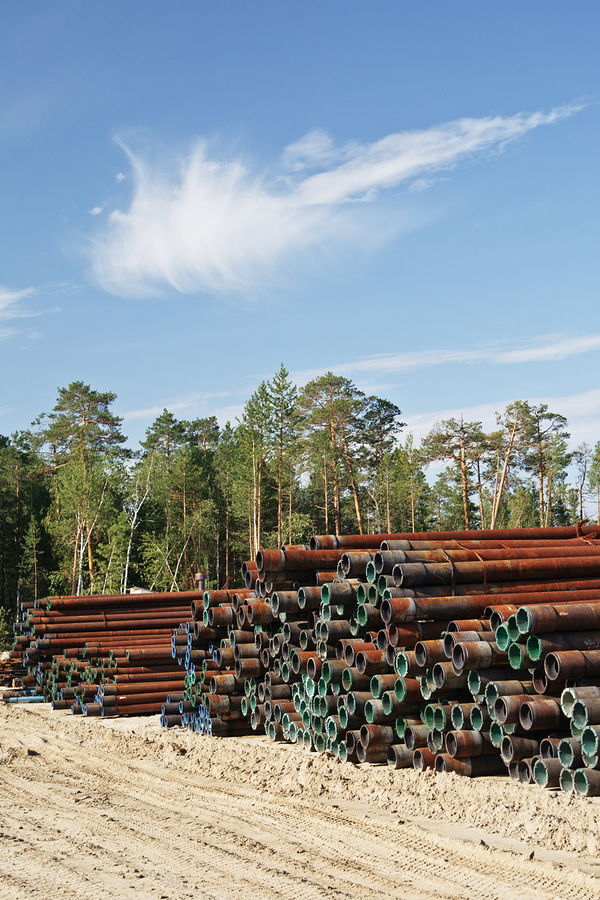 Steel casings such as these are set end to end, sealed with a bit of cement to prevent leakage (Photo: bigstockphoto.com).

INGRAFFEA: Let me rephrase your question. The EPA reported that their estimates of EPA emissions are down. Neither the EPA nor any objective independent entity has ever measured methane emissions across the board. We do not know. It’s a, the analogy, although not perfect, is that you’re balancing your checkbook this month but you don’t know how much you started with. So you can deceive yourself into thinking your checkbook is balanced – you know how much came in this and how much went out that month – but at the end of the month you really don’t know how much money you have in the bank.

CURWOOD: So what’s the small percentage of escaping methane that obviates the advantage of natural gas, in your view?

INGRAFFEA: If that leak rate is anything more than about 2% of the total production of natural gas, then there’s no benefit, there’s certainly no immediate benefit to changing over from coal to natural gas for electricity generation.

CURWOOD: So how realistic is it to think that we can build a natural gas well without leaking methane? 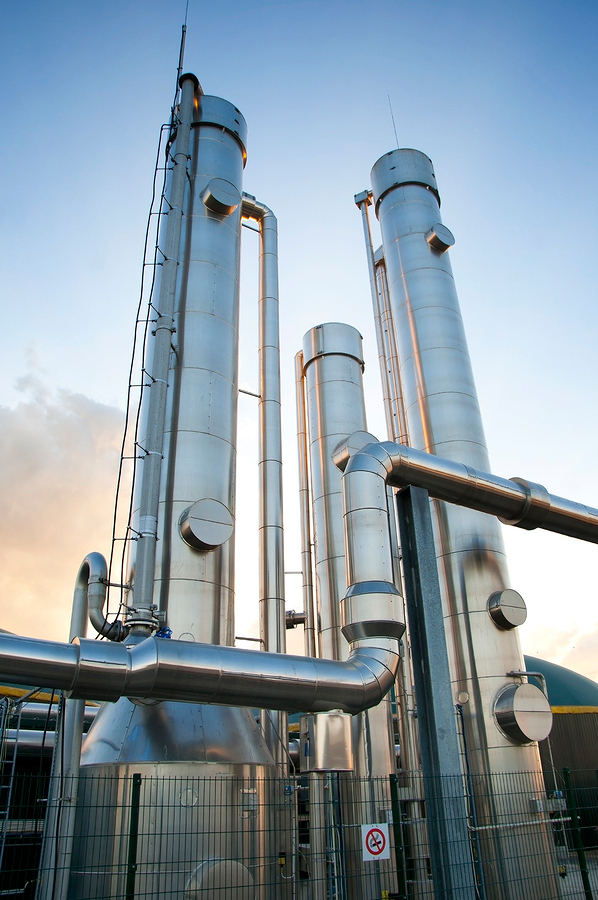 INGRAFFEA: It’s not realistic at all to assert that any oil or gas well can be constructed and maintained in such a way over its lifetime without it ever leaking.

INGRAFFEA: Any human made structure will eventually degrade to a point where it’s no longer maintaining its original designed function.

CURWOOD: What’s the fundamental vulnerability of a well?

INGRAFFEA: The most vulnerable part of a well is the cement in the well. So you drill a hole through rock and you place in that hole steel pipe called casing. Think of them as concentric straws for example. And between each layer of steel casing you have to put a gasket. Otherwise what’s down hole can come up between those layers of steel. So that gasket material is very important. And the current technology is to use hardened cement paste. A typical shale gas well’s total length could be 3-4 miles and that gasket is only between an inch and two inches thick. If a substantial part of it cracks, as cement is prone to do, then you have a potential gap in that gasket. 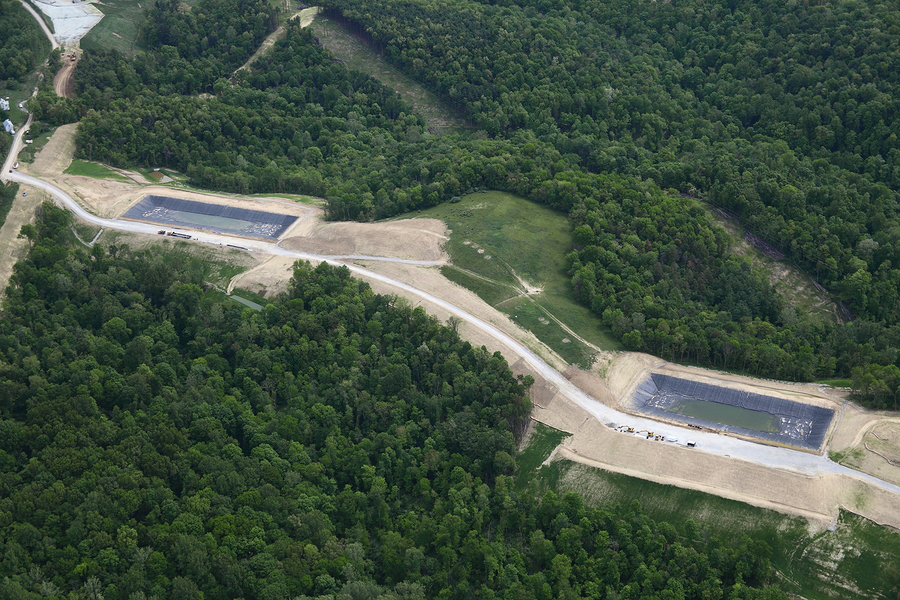 Natural gas wells may leak methane into the atmosphere through cement gaskets, which connect one steel casing to the next (Photo: bigstockphoto.com).

CURWOOD: So how much methane is escaping through these leaks? I know it’s only an estimate but what do you figure?

INGRAFFEA: I don’t know. We don’t know. As far as I know, nobody knows. It’s crucial to understand here that we don’t know where many of those wells are. Those millions of wells around the world, that drilling began over a century ago. Records back then weren’t nearly as good as they are today. So a very large percentage of those millions of wells are called lost and abandoned. This is an unsolved problem.

CURWOOD: You wrote an op-ed in the New York Times not so long ago saying that natural gas is starting to look like less of a bridge to future technology and more of a gangplank. What do you mean and what’s the solution?

So the analogy that’s often used by the industry, by politicians, and even some green groups – that natural gas is a bridge to the future—makes no logical sense. Because in this case, the bridge, which is supposed to take you over something you don’t want to fall into, is composed of something you don’t want to fall into: natural gas, which is a fossil fuel. So the longer that we keep increasing the production of any fossil fuel, like gas or oil from shale, the longer that we’re making the ravine, the river, the gulf that we’re trying to get across. So in that sense, it is a gangplank. We might not ever finish the bridge. We might get halfway across and we’ve run out of climate change time.

CURWOOD: Tony Ingraffea is an engineering professor at Cornell. Tony, thanks so much for taking the time with me today.

INGRAFFEA: Steve, it was great to be with you. Thank you for the honor.