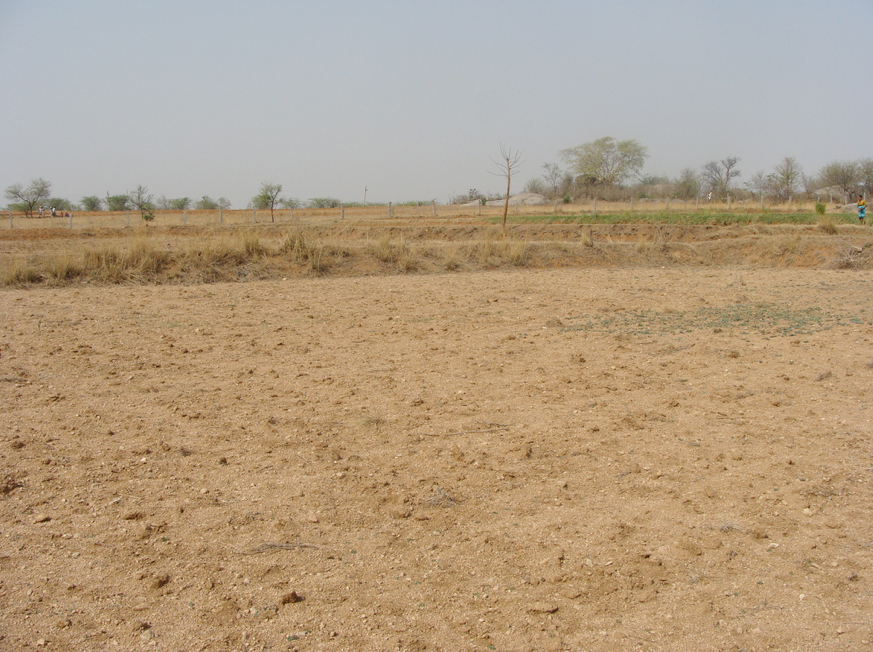 A new study in the journal Science quantifies a direct link between higher temperatures and increased conflict ranging from domestic violence to civil war. One of the lead researchers, Edward Miguel from UC Berkeley, tells host Steve Curwood that as world wide temperatures increase with climate disruption he expects to see more strife.

CURWOOD: From the Jennifer and Ted Stanley Studios in Boston, this is Living on Earth. I’m Steve Curwood. As global temperatures rise, so do the levels of domestic violence, crime and armed conflict, according to the journal Science. Decades ago Thomas Homer-Dixon linked conflict in poor countries to scarcity of water and croplands. There were many other studies, but none quantified how global warming might affect conflict over the entire planet. Now a meta-study, that delved into more than 60 previous studies from a variety of disciplines, has found just how much more violence is linked to increased warming. Co-author Edward Miguel, an economics professor at the University of California, Berkeley, explains.

MIGUEL: Our study in Science examines a range of other studies that have looked at the relationship between climate and violence. And we look at violence on a range of scales, everything from crime rates in the US all the way up to Civil War in Africa and crime in other parts the world. And the main conclusion of the study is we find a very strong relationship in periods of extreme climate, like very hot temperatures like the heat wave going through Europe this year, for example, we find increases in violence, violent crime, civil war, riots, and it’s a very robust relationship.

CURWOOD: Please give me a recent example of a place where crime or violence increased with increased temperature.

MIGUEL: Definitely. There's been a lot of research recently on the link between hot temperatures and violence in sub-Saharan Africa. That's a region that's my own personal research focus. There are findings showing that in periods of very high temperatures and also low rainfall, there’s an increase in civil war risk, there's an increase in rioting and other forms of political instability. Sub-Saharan Africa is a region that already has a very high baseline rate of political instability, so increased warming like the order of 2°C could increase that to very, very high levels of violence.

CURWOOD: How about the United States?

MIGUEL: We also looked at studies that look at crime in United States, and so if you look at cities, for instance, that have anomalously high temperatures in a given month, they tend to have more violent crime, more murder, more assault.

CURWOOD: What about India? In recent years there have been some searing heat waves there. What results have you seen there?

MIGUEL: Yes, there are also studies from India. There's a fascinating recent study that looks at violence at a different scale. They look at domestic violence, and they find that in regions that are experiencing very hot temperatures, you see a rise in domestic violence against women. You know this is obviously a very tragic finding, and it really illustrates that this link between high temperature and violence holds at all different scales from within the home to the streets of our cities all the way up to society wide civil war.

CURWOOD: So, tell me about the quantifiable data you have that links crime and temperature increase. 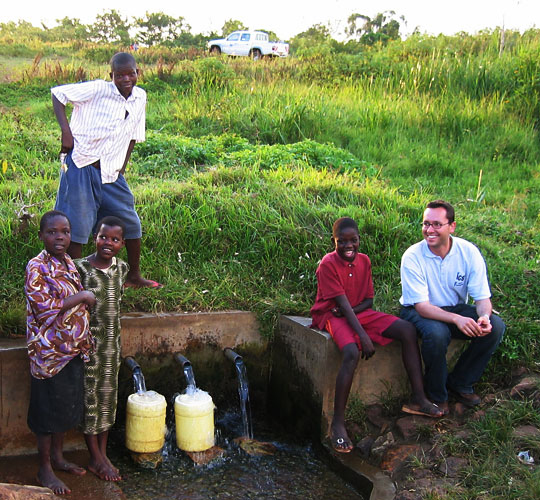 Edward Miguel (far right) is the Oxfam Professor of Environmental and Resource Economics in the Department of Economics at University of California, Berkeley. (Edward Miguel)

MIGUEL: Yes. There's actually two sets of numbers, so the first thing we did is conceptually divide up the data sets into those data sets that look at group level violence, like civil war or rioting, and then we separately looked at violence that we call interpersonal violence, and those are mainly the crime data sets. And just to give you a sense of what the magnitudes are, the estimated average effect of 2°C warming in tropical Africa on the risk of civil war in Africa would be something on the order of 40 to 50 percent increase in the risk of civil war.

CURWOOD: What about a 2°C rise in temperature regarding domestic or personal violence?

CURWOOD: So why do you suppose this trend is so predictable everywhere around the world?

MIGUEL: You know, there's a number of different reasons. There's two main mechanisms or channels that scholars have written about. One is a fundamental - you could think of it as a physiological channel - which is at higher temperatures people become more aggressive. Now there’s a second set of explanations that are very important in low income regions of the world like in South Asia or Sub-Saharan Africa or parts of Latin America. Most people are engaged in agriculture - subsistence agriculture - and they don't typically irrigate their crops. So when the when the rains fail and crops fail, people lose their income and become desperate. And that's a very plausible explanation in our view for why you see a rise in organized political violence in, say, African countries following a drought.

CURWOOD: What interest has the military and intelligence community had in your research?

MIGUEL: They’ve been very interested in this is as a national security issue. So if you think back to some of the critical parts of the world for US foreign policy, whether there in the Horn of Africa or whether it's in South Asia, like Pakistan, those are parts the world where the relationship between high temperatures and violence is very well-documented, and the military command is quite concerned that rising temperatures will be lead to even more political instability.

CURWOOD: Ted Miguel, this trend is nothing new. You also looked at ancient civilizations in your research. Can you tell me about that?

MIGUEL: What we found is a very strong link between extreme climate historically and civilization collapse. The classical Maya civilization in the Yucatán that between 800 and 900 A.D. they experienced multiple multi-year mega-droughts and at the end of the third of those mega-droughts, the civilization collapsed, never to recover its previous glory. There are similar findings in China - several Chinese dynasties have also collapsed. So really throughout the world a number of major civilizations have met their end following adverse climate. And I think that's something that we need to be very aware of, as we look forward to the predicted global warming over the next half-century.

CURWOOD: Climate scientists generally agree we’re looking at least an average temperature rise of 2°C over the next 50 years or so. That’s a little less than 4°F. What is that say to you in terms of our ability to adapt and continue to get along with each other?

MIGUEL: That's one of the the million dollar questions lurking in the background, is over the next 30, 40, 50 years, if temperatures do increase globally 2°C, how much will societies be able to adapt to those changes? So for instance will police forces in the US start recognizing this link between high temperature and violence and do something about it? Or will there be new crop varieties developed for India or Africa, that are more drought resistant? If we look historically, however, we find that there's typically been quite limited adaptation to climate changes, so we very much think that further investments and policy changes around adaptation are a key priority, to make sure that we don't suffer all the violence that our paper predicts could occur with the temperature rise.

CURWOOD: Edward Miguel, an economics professor at the University of California, Berkeley. Thanks for taking the time with me today, Ted.


Quantifying the Influence of Climate on Human Conflict