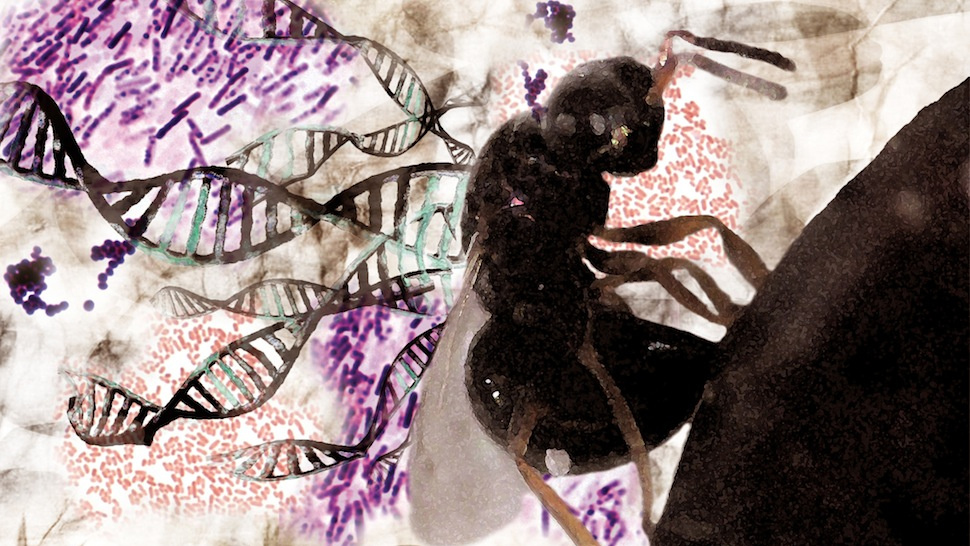 An artistic rendering of the Nasonia wasp.

The bacterial fauna on our bodies and in our guts can do more than regulate digestion. A new study in the journal Science says microbes can influence evolution. Host Steve Curwood talks to Seth Bordenstein, co-author of the research that some evolutionary biologists are calling groundbreaking.

CURWOOD: From the Jennifer and Ted Stanley Studios in Boston, this is Living on Earth. I’m Steve Curwood. There is a major breakthrough in research into evolution and genetics. It seems that our own genes tell only part of the story of how our bodies work. Now research funded by the National Science Foundation shows that the microbiome is also key to speciation, the process by which new species evolve. Seth Bordenstein is an Associate Professor of Biological Sciences at Vanderbilt University, and co-author of this new study. Welcome to the show.

BORDENSTEIN: Thanks for having me.

CURWOOD: Now this is pretty complicated science. Can you just walk us through briefly what you did in this experiment?

BORDENSTEIN: Sure. Every animal has a gut, and within that gut is a large population of bacterial cells that scientists called the microbiome. And we appreciate how important it is today in health and disease. We know far less about whether the microbiome is essentially important to the evolution of animals, and plants for that matter. And what we set out to do was test the hypothesis that new species of animals can arise through changes in their gut bacteria or gut microbiome.

CURWOOD: How do you do that? 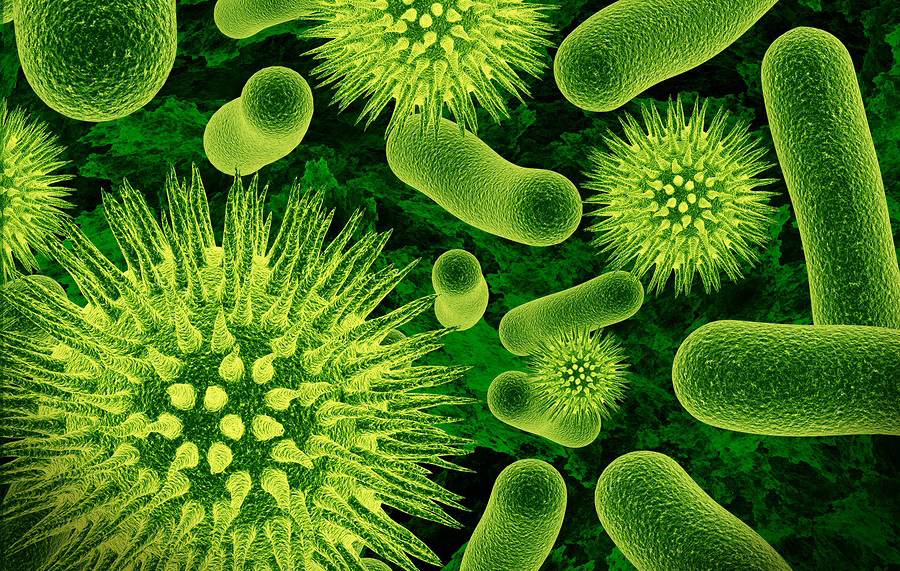 The hologenome theory suggests that not just individual organisms, but their collective microbial communities as well, are the object of evolution. (Bigstockphoto.com)

BORDENSTEIN: Well you do that with an excellent system to examine speciation, and so we have selected a parasitic wasp. And this wasp has four very closely related species in it. Essentially they're undergoing speciation right now, and it allows biologists to capture the key events that contribute to the origin of new species. And we realized that when these species interbreed and they can make what's called a hybrid, that the hybrids sometimes die. They don't survive to adulthood. And for a while people had asked why is it that these hybrids are dying. People ask this question in many systems: why do hybrids die between closely related species.

CURWOOD: And I'm guessing that what you found is changes or differences in their gut bacteria make the difference. 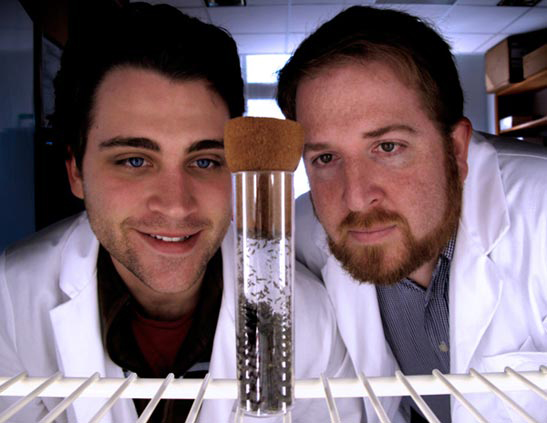 CURWOOD: Now how did you find the effects of evolution along with microbiome by looking at the hybrids of these wasps? 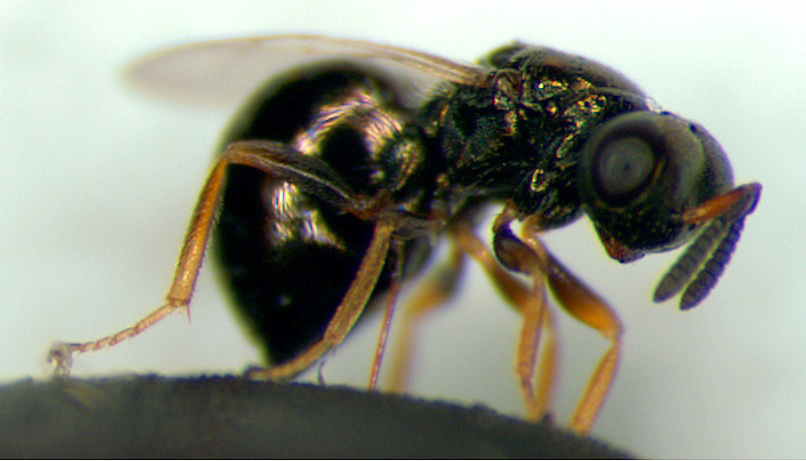 Nasonia vitripennis, one of the parasitic jewel wasps used in this study (M.E. Clark)

BORDENSTEIN: So these wasp hybrids showed a very interesting trait in which their gut microbiome looked different than the parental species, the non-hybrids. And we decided to eliminate the microbiome from the hybrids and see what effect that would have on their death. And remarkably, we found that the hybrids lived when we took the microbiome away, indicating that the bacteria are essential to causing hybrid fatality.

CURWOOD: And meaning then that bacteria are essential in this process of evolution?

BORDENSTEIN: Correct. Because speciation is the process by which two organisms can't interbreed anymore, and we showed that the microbiome is essential to that process.

CURWOOD: Now your research touches on a controversial idea in evolutionary biology called the hologenome. What is that? 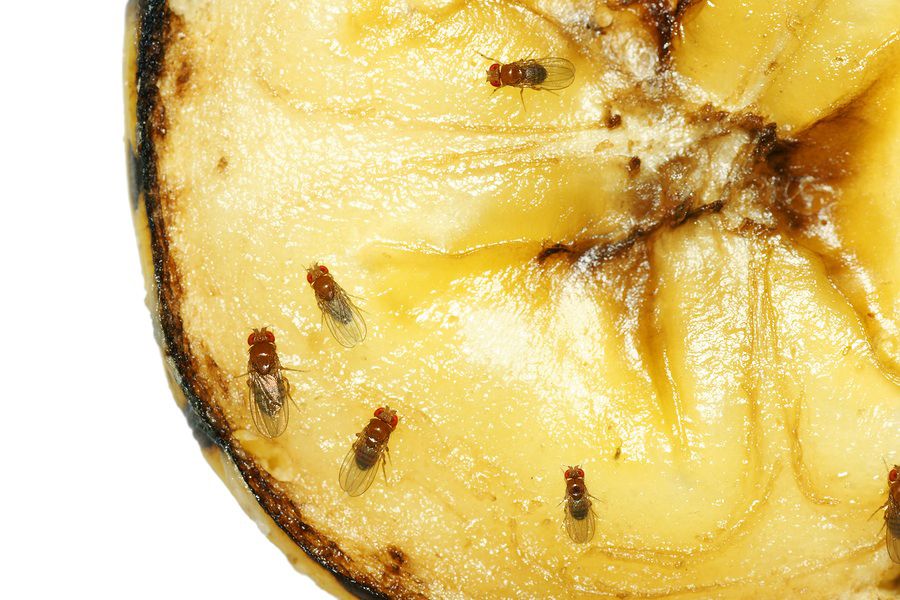 One of the first proponents of the hologenome theory of evolution worked with fruit flies (Bigstockphoto.com)

BORDENSTEIN: So the hologenome is basically the aggregate genome of an organism. That is, if we consider the microbiome and the cell’s mitochondria and the cell’s DNA together, and we sum this information...this genetic information up. Some folks consider this a hologenome, the total genetic information of an animal or a plant, and that the object of evolution is not just one of these genomes, but all of them together. And that's what changes through the origin of new species.

CURWOOD: Well wait a second here. Us humans, we have 10 times as many microbial cells as our own selves. So we're only 10 percent of the genetic game for being human?

BORDENSTEIN: I'm sorry, but we are. We're all walking bags of microorganisms, and we should be proud of that because without the microorganisms we would simply die and they would live on. And so they're essential to our fitness and our health.

CURWOOD: So what other studies have there been to support this hologenome theory? 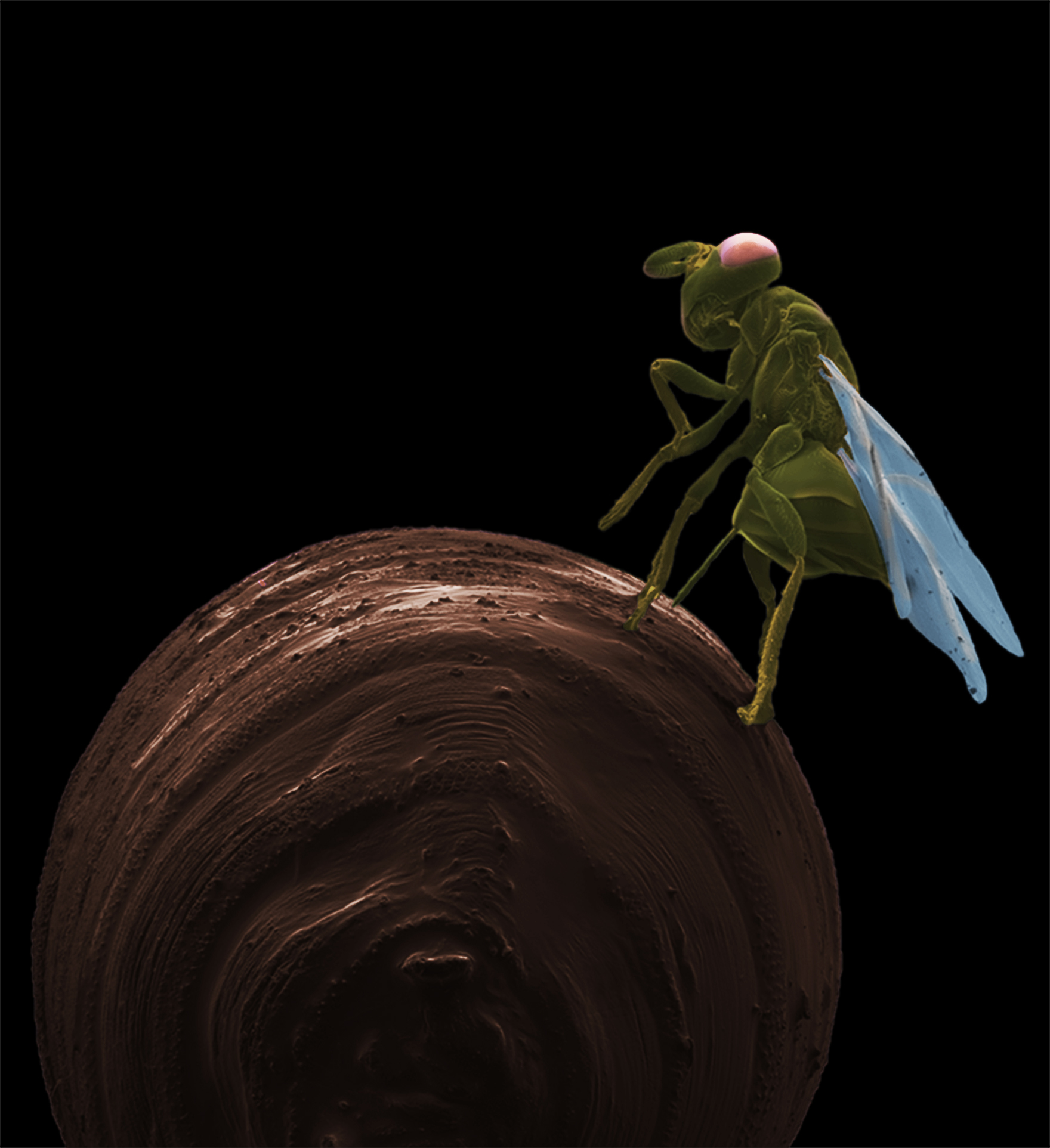 Micrograph of one of the Nasonia wasps (Robert M. Brucker)

BORDENSTEIN: So the hologenome theory is in its early days, and it’s arguably something that will have a lot of questions around it. Conceptually, the two founders of the hologenome theory, Richard Jefferson and Eugene Rosenberg, have come up with the description of the theory. And Eugene Rosenberg's lab from Israel has found that if you take a single species of fly, the same species, and you split that species and cultivate it on two different diets, and then you bring these flies back in contact with each other and ask, “do they mate?” , they stunningly found that these flies didn't mate when they were reared on different diets, but yet they were considered the same species. They were able to find that it was the bacteria in their guts that changed that helped contribute to this mating discrimination that they saw in this one species.

CURWOOD: I mean, at the end of the day, does that mean somebody who eats big Macs wouldn't get along with somebody who is a vegan?

BORDENSTEIN: Well, probably not, but we do know that microbes affect the way we smell, and if individuals choose to date or find the partners based on their smell, then that is a form of discrimination that is occurring. And if it happens at the population or species level then new species will be arising, and so while anything is possible in biology, I doubt that humans will be splitting into different species.

CURWOOD: Now sometimes in the process of heredity genes become more or less active, or sometimes can work in different ways. What role do you think microbes might play in turning genes off and on?

BORDENSTEIN: That's a great question. So microbes will clearly turn on immune genes when they are present. The immune genes serve as essentially the guardians of the host defense system. But there may be many biological processes as we learn about the microbiome that could be turned on, for example brain development, digestion, the way we smell. These are things that increasingly the microbiome is shown to have a role in. 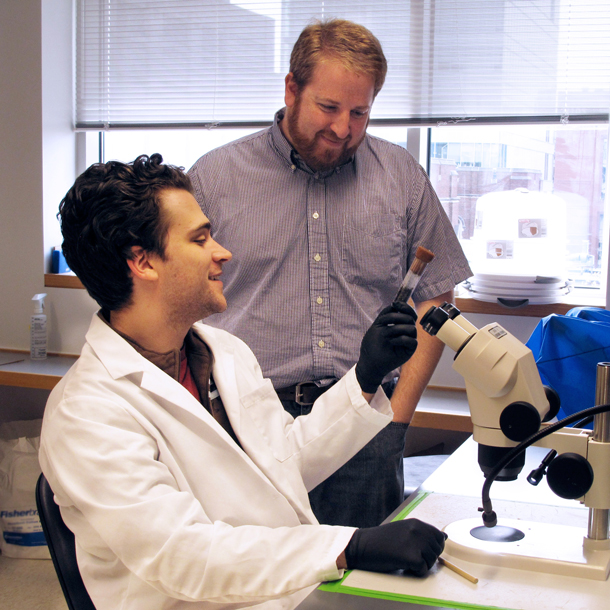 CURWOOD: Wait a second. You’re saying that bacteria govern how well we might develop our brains?

BORDENSTEIN: Indeed. So there is an excellent experiment done where they observed brain development in germ-free mice. Germ-free are simply mice that don't have microbes in them. And they showed some severe deformities in their brain structure indicating that perhaps the brain and the nervous system is dependent upon a proper gut microbiome to be present in that mouse, and perhaps this is common phenomena in other animals.

CURWOOD: So what's been the response of the scientific community so far to your findings?

BORDENSTEIN: The response has been quite nice. We seen quotes of calling this work ‘groundbreaking’, and it is early days for this work. So we've also seen some people say we really don't know how common this phenomenon will be yet, but I think that the most exciting research happens at the frontier, the edge of science where we know the least. And if we don't take the risks to confront these exciting ideas, we’ll never know if they're correct or not.

CURWOOD: What's next for hologenome research?

BORDENSTEIN: The next phase is hopefully this paper excites people to go into their own systems to examine how common speciation by microbes are, how common the hologenome theory is. So it's not just us, but it's going to be hopefully many labs that start to confront this question were we could have a unified framework under a hologenome theory or not, depending on what the evidence is.

CURWOOD: Seth Bordenstein is an Associate Professor of Biological Sciences at Vanderbilt University. Thank you so much. This is truly fascinating research.


Learn more at the Bordenstein Lab

A blog about symbiosis and one of Life's great rules - Out of Many, One - by Prof. Seth Bordenstein

Vanderbilt’s write-up of the research