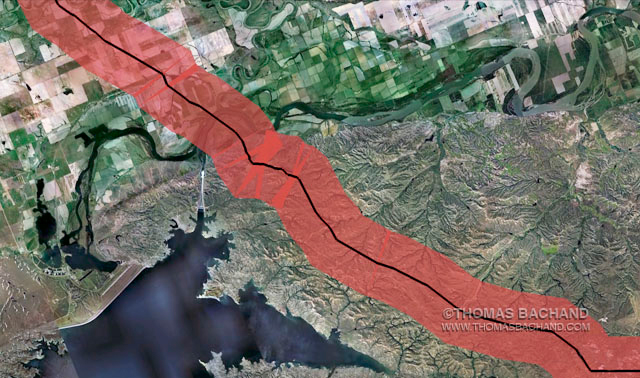 When a landscape photographer tried to find out the exact route of the proposed Keystone XL pipeline for a photo project, the State Department that has to produce the environmental assessment told him they didn't have that information. Thomas Bachand tells his story to host Steve Curwood.

CURWOOD: From the Jennifer and Ted Stanley Studios in Boston, this is Living on Earth. I’m Steve Curwood. More news now about the proposed Keystone XL pipeline. The US State Department, charged with delivering an Environmental Impact Statement about the pipeline, apparently does not know its exact geographical coordinates. This news comes through the work of Thomas Bachand, a California landscape photographer, who wanted to take pictures of the lands, creatures and people along Keystone XL. He pored through the State Department's original Environmental Assessment to see where he should go. That assessment was actually conducted by a private company, Cardno Entrix, and financed by TransCanada, the company planning the new pipe. But Bachand ran into a stone wall when he tried to figure out the exact route.

BACHAND: I was scouting the route for the pipeline for a potential photography project, and I needed a map, and I looked online for a map, and I discovered there was no map - that the only map was a rough map which is issued by TransCanada. And even if one needed to know the exact route, then such a map was not made public. 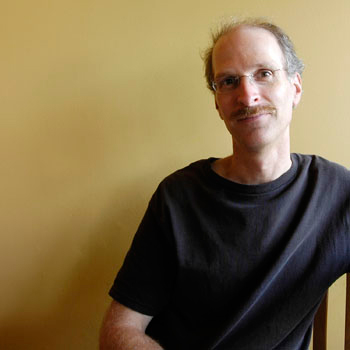 CURWOOD: Now when you said you were working on a project, what kind of project did you have in mind?

BACHAND: Yes, I work on photo books. And I select a subject, and I go out there and I photograph it. So I was looking at the Keystone in that same regard. And when I looked at the map of it, I saw that it was just this ideal metaphor for land use and for energy policy, and for climate change in America. It just splits the country right in half. Literally, it goes right down the middle of the country. And it’s very controversial. And also, it seems emblematic of this struggle we have between resolving our use of fossil fuels with the environmental imperatives we’re now facing.

CURWOOD: So what happened when you tried to find out more information about the route of the Keystone XL pipeline?

BACHAND: Well, I started with...I looked at the final Environmental Impact Statement which is on the website for the Department of State, and I discovered there were engineering site maps for the route. But these site maps were missing longitude and latitude data. So unless you were physically on the site, you couldn’t really make sense of the pipeline route. So then I went to state agencies, and I was able to secure some of the information from the state agencies, and some of the landmark information. 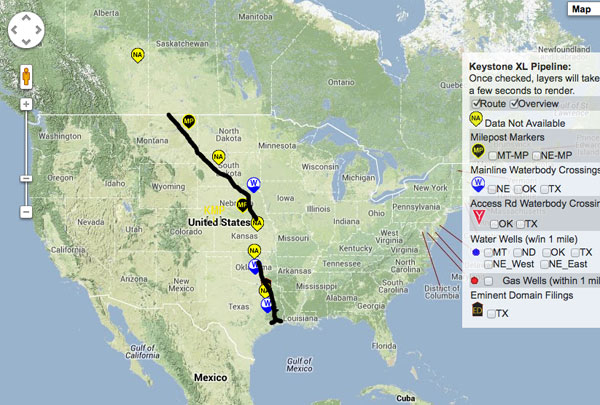 CURWOOD: So you’re trying to find out about the route of the Keystone Pipeline, you look at the federal Environmental Impact Statement that the State Department has, and you don’t see any locators for this - there’s no way to really tell on the maps. Some of the states have some information, but not all. So I gather you ended up filing a Freedom of Information Act request with the State Department to find out exactly what those coordinates were. How did they respond?

BACHAND: Yes, I filed a Freedom of Information Act request when I hit a wall with the states. Some states would share the information, and some states wouldn’t share any information. And I would have to interpret where the route was, and I wanted to know exactly where it went. So I went to the State Department and I filed a Freedom of Information Act request. And I asked for expedited service, and I was denied. And I felt this was a very urgent situation because lots of people wanted to know where it goes, and they said it would take eight to 12 months.

CURWOOD: So describe the response you eventually got from the State Department for me.

BACHAND: Well then, you know I’ve been phoning them every few weeks to see what the status of my application is, and finally, I received a letter just last week, the week before, stating that they didn’t even have the information.

CURWOOD: Can you read a bit of that letter for me please?

BACHAND: Yes, hold on a second. Yes, probably a key sentence here. Let me see. ‘We were informed by employees familiar with the records and organization of those offices that the department does not have copies of records responsive to your request because the Environmental Impact Statement for Keystone Pipeline project was created by Cardno Entrix under a contract financed by TransCanada Keystone Pipeline LP, and not by the US government. Neither Cardno Entrix nor TransCanada ever submitted GIS information to the Department of State, nor was either corporation required to do so.’ So the Department of State didn’t require the information, and they never asked for the information.

CURWOOD: So, wait a second. You’re saying that State never asked and didn’t have the actual route of the pipeline, even though it was asked to approve the environmental impact on it.

BACHAND: Yes. Now I’m not familiar with what the protocol is at the State Department. But you would think that if they’re asked to approve the document, that the document would contain the actual route information.

CURWOOD: What does this say about the State Department’s ability to adequately assess the environmental impact of the project if they don’t actually know where the pipeline is supposed to go?

BACHAND: Well, you can’t. When you’re reading the final Environmental Impact Statement, you’re repeatedly referred to...they’ll be speaking about a certain landmark, whether it’s a wetland or a structure, and they’ll say ‘this item is 500 feet from mile-post marker X.’ And if you don’t know where mile-post marker X is, then you can’t make sense of the document. So this is a very fundamental problem. Now, I’m not an engineer, and like I said, maybe they have an engineering firm who reviews this for them, but as a member of the public, I think I should be able to read the document and interpret the document and make sense of the document. And I’m wondering if they have the ability to do the same, or do they completely wash their hands of it.

CURWOOD: So, Tom, how do you know feel about the whole thing? What kind of confidence do you have in our government?

BACHAND: I think the people working for the government are in large part, very well-meaning, and hard-working. I’ve spoken to many people at the Department of State, and they are the nicest people you could talk to - and they really believe in their work. But I do have this sense that the process has been captured by special interests, and that they get more of a say in what’s happening than the average citizen does.

CURWOOD: Thomas Bachand is a photographer and author based in Oakland, California. Thanks so much, Tom.

BACHAND: Thank you very much for having me.

The Keystone Mapping Project, including the Dept. of State letter