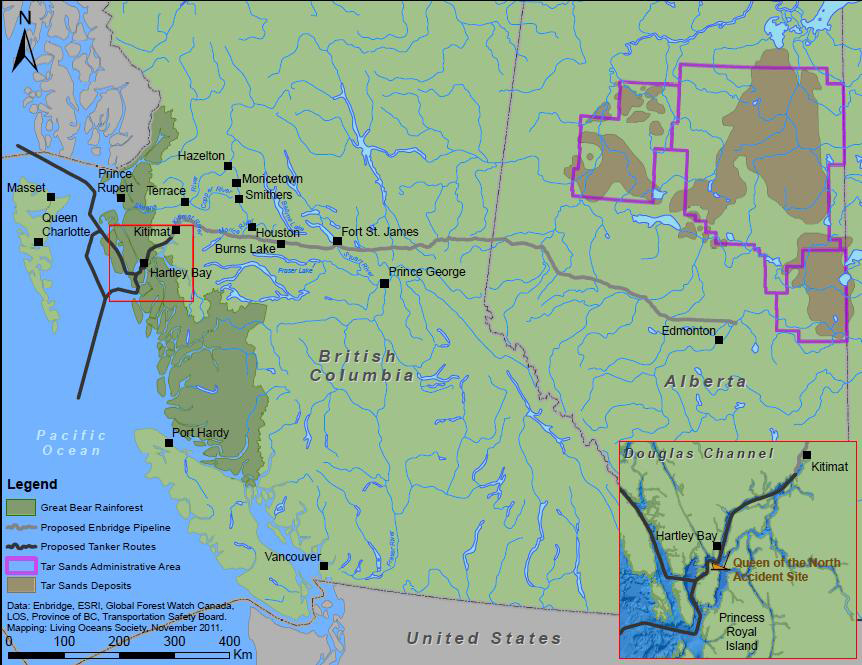 With the Keystone XL Pipeline decision still up in the air, Canada is looking for alternative export routes for Tar Sands oil. But as Danielle Droitsch of the Natural Resource Defense Council's Canada Project tells host Steve Curwood, British Columbia has rejected a proposal to send a pipeline through their pristine Province.

CURWOOD: From the Jennifer and Ted Stanley Studios in Boston, this is Living on Earth. I’m Steve Curwood. The Canadian west coast province of British Columbia has rejected a proposed pipeline to bring tar sands oil to its ports. The decision likely means more troubles for the proposed and hotly debated Keystone XL pipeline through the US to Texas refineries. Activists are fighting hard against Keystone XL, arguing it would aggravate global warming - though the US State Department claims that with or without Keystone, the tar sands oil will be exported. But Danielle Droitsch, head of the Natural Resource Defense Council’s Canada Project, says the British Columbia decision changes the game.

DROITSCH: Basically, the British Columbia government said "no" to moving half a million barrels a day across 600 miles across rugged and pristine areas of British Columbia. And they did that because of the risk of spills to that pristine environment, the risk to the commercial salmon fishery and the risk to human health. 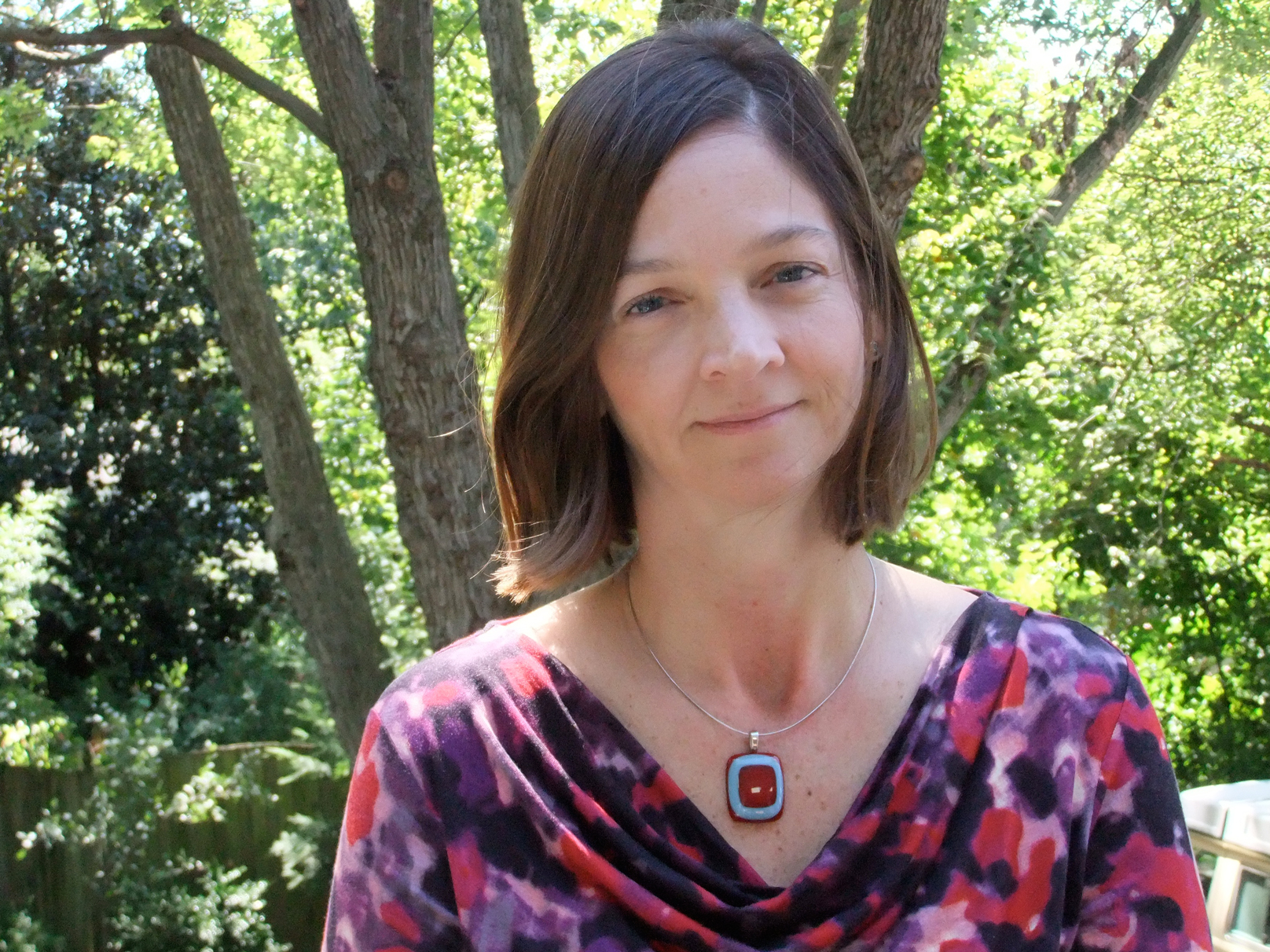 DROITSCH: Well, that’s one of the things that the British Columbia government pointed out and it's a lesson we can certainly take from the Keystone XL tar sands pipeline - which is that essentially tar sands oil is very different than conventional oil. Keep in mind that it’s solid in its natural state. It actually has to be mixed with chemicals to push it through a pipeline. So this actually poses much greater threats to water.

CURWOOD: Let’s talk about Canadian politics. How important is it for the province to make this ruling on a matter like this. I mean, what power does the central government, does the federal government going to have to overrule the province here?

CURWOOD: Now British Columbia has many indigenous groups, many First Nations, that have treaties. What say do those First Nations have on the pipeline coming through? 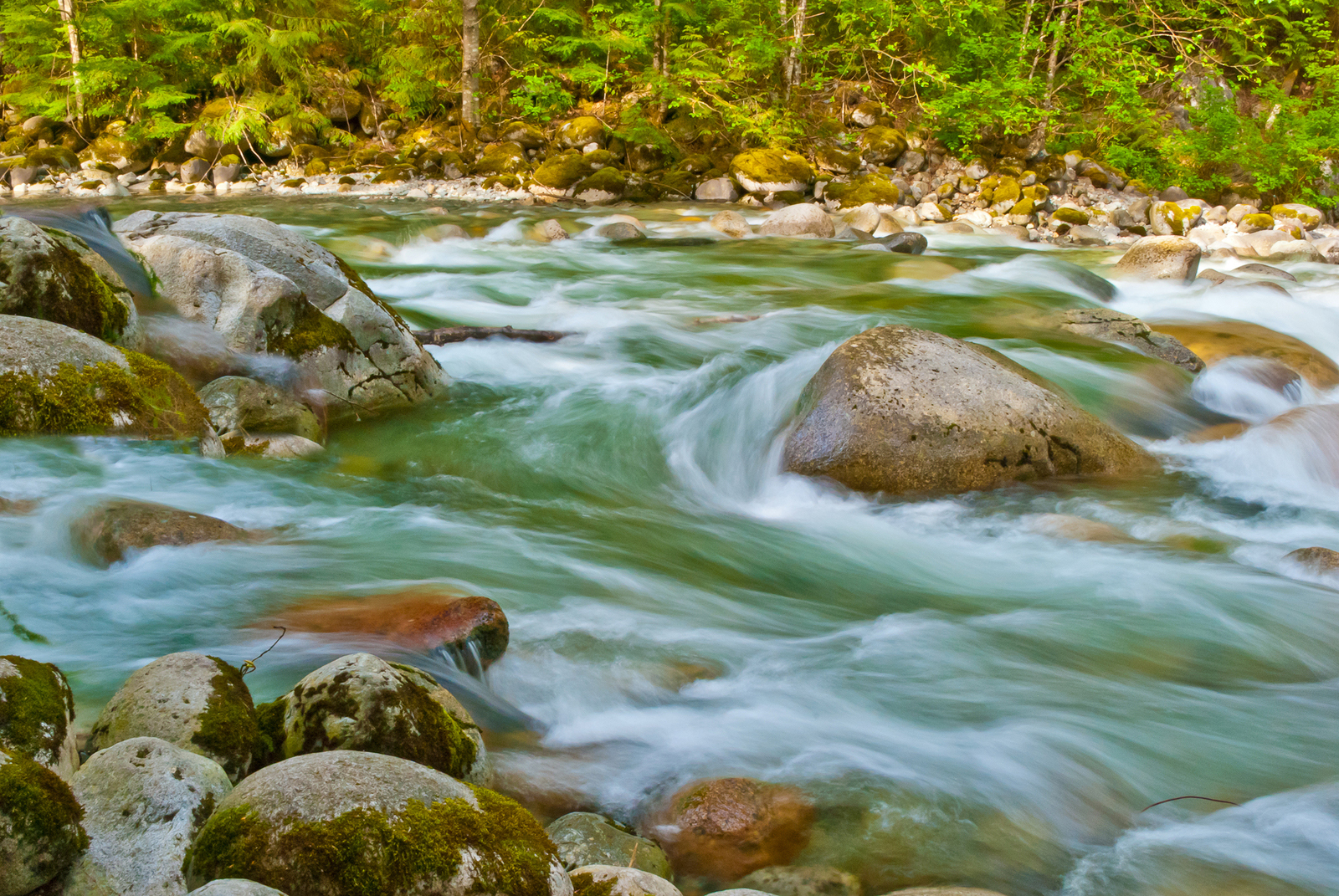 River in Vancouver, British Columbia. The proposed pipeline would have to cross over 700 rivers and streams to reach the coast. (photo: Bigstockphoto.com)

DROITSCH: Well, the issue of First Nations and this tar sands pipeline is actually quite significant. There are over 70 First Nation communities that are along the pipeline’s path and every single one of them are opposed to this project. The federal government could overrule the provincial government, but they don't legally have the ability to overrule the opposition of 70 First Nations. And that's really where a lot of financial analysts are basically acknowledging that because there are 70 First Nation communities with legal constitutional rights to stop the project, they’re basically saying this project is not likely to move ahead at all.

CURWOOD: Apart from Keystone, what are the other alternative pipeline and rail projects that could bring tar sands oil to international ports?

DROITSCH: They are now looking at routes to the east. They've actually even floated ideas to go up to the Arctic which seems a little crazy, but actually certainly is possible if they're that desperate. But really all those other projects have tremendous hurdles; there's either significant Canadian opposition, there’s First Nations opposition, it’s economically not feasible, and that is why Keystone XL has become a focal point for the industry so that they can pursue a massive expansion plan.

CURWOOD: Now the United States State Department said in their recent report that if Keystone doesn't get built that tar sands is going to market anyway. What impact do you think British Columbia government decision has on that argument?

DROITSCH: The decision by the British Columbia government should force the State Department to completely revisit its conclusion that tar sands development will happen anyway. It really illustrates that tar sands development is not inevitable. The tar sands industry will not be able to get its product to Asian markets through the Canadian lands. They’re planning...the tar sands industry is planning to get its product through the United States to international markets. Keep in mind that Keystone XL is not a pipeline to America - it’s a pipeline through America.

CURWOOD: In the wake of this decision by British Columbia where do you see this all headed?

DROITSCH: Well I think we basically are looking at unfolding developments every month that demonstrate in both the United States and in Canada that there’s more awareness; that tar sands and tar sands pipelines pose particular unique and greater risks to the environment. Historically a lot of people thought that this was really the same thing as conventional oil, and that there really hasn't been a problem. But the more we learn, the more we realize that this particular type of oil is actually something that is not great for water, it certainly isn't good for climate, and it's not something that most people are wanting to go through their communities.

CURWOOD: Danielle Droitsch is head of the Natural Resource Defense Council’s Canada Project. Thanks for taking the time with me today.

DROITSCH: Well thanks for having me.


BC Government Report on Enbridge Pipeline

NRDC report on Enbridge pipeline in BC