Electric Cars To Buffer the Grid 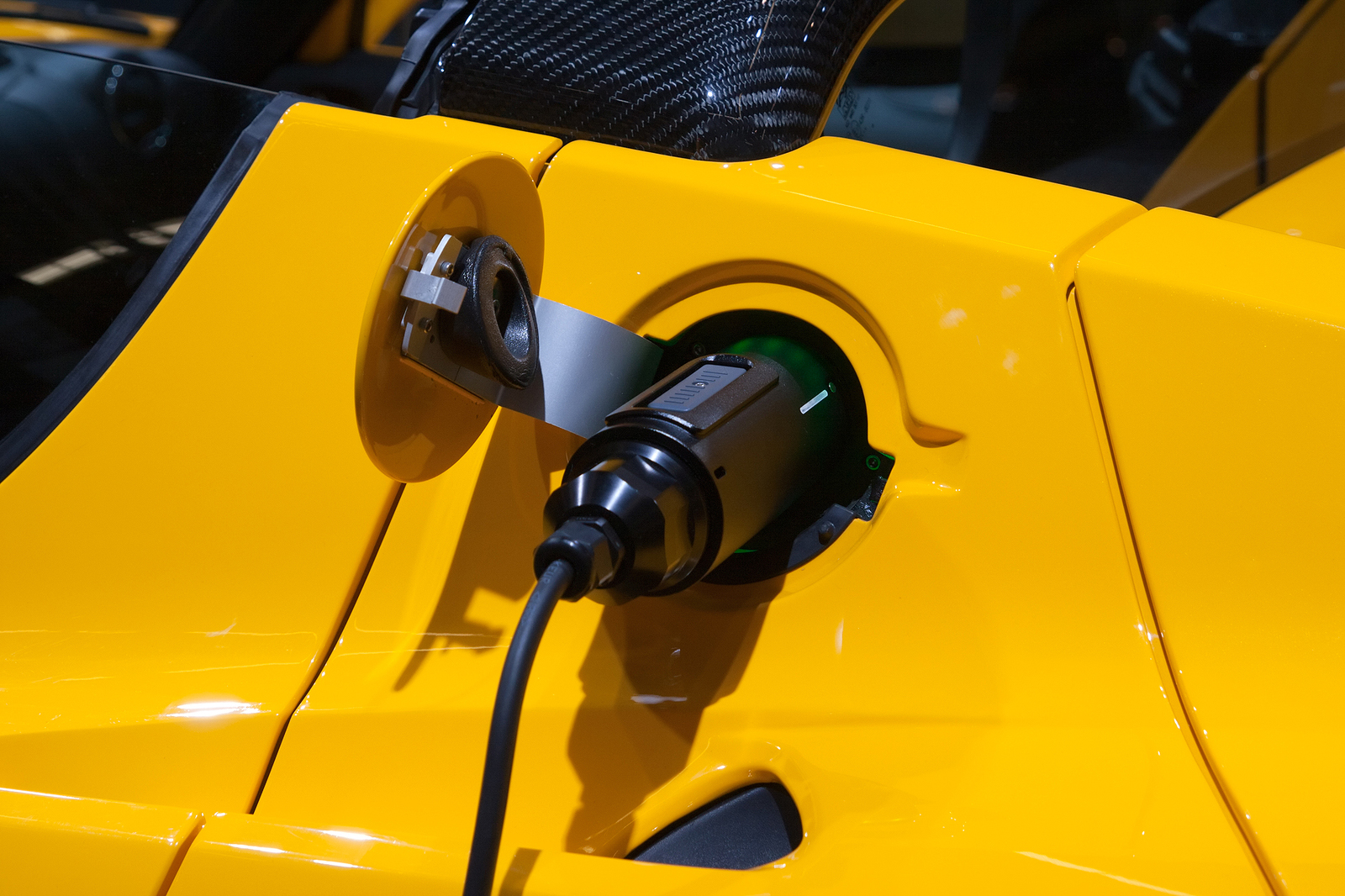 The electricity hook-up for the Tesla, an electric sports car (photo: bigstockphoto.com)

A team based at the University of Delaware has developed a way to use electric car batteries to make the grid more stable and resilient. One of the project’s leaders, Professor Willett Kempton, tells host Steve Curwood that the system could earn real cash for electric car owners.

CURWOOD: Now, electric cars are still big-ticket items, but a new system developed at the University of Delaware now allows electric car owners to sell some of the power stored in their batteries back to the grid when the car's not in use. This could ease some of the costs of electric cars, and give the grid a new, more efficient tool for keeping the grid stable.

"Load balancing" ensures that there is always enough power to go around. It keeps our lights from flickering and our clocks from running slow. Joining us now is Willet Kempton. He's Professor in the College of Earth, Ocean, and the Environment at the University of Delaware, and a member of the team. Welcome to Living on Earth.

KEMPTON: Thanks, Steve, I appreciate it. 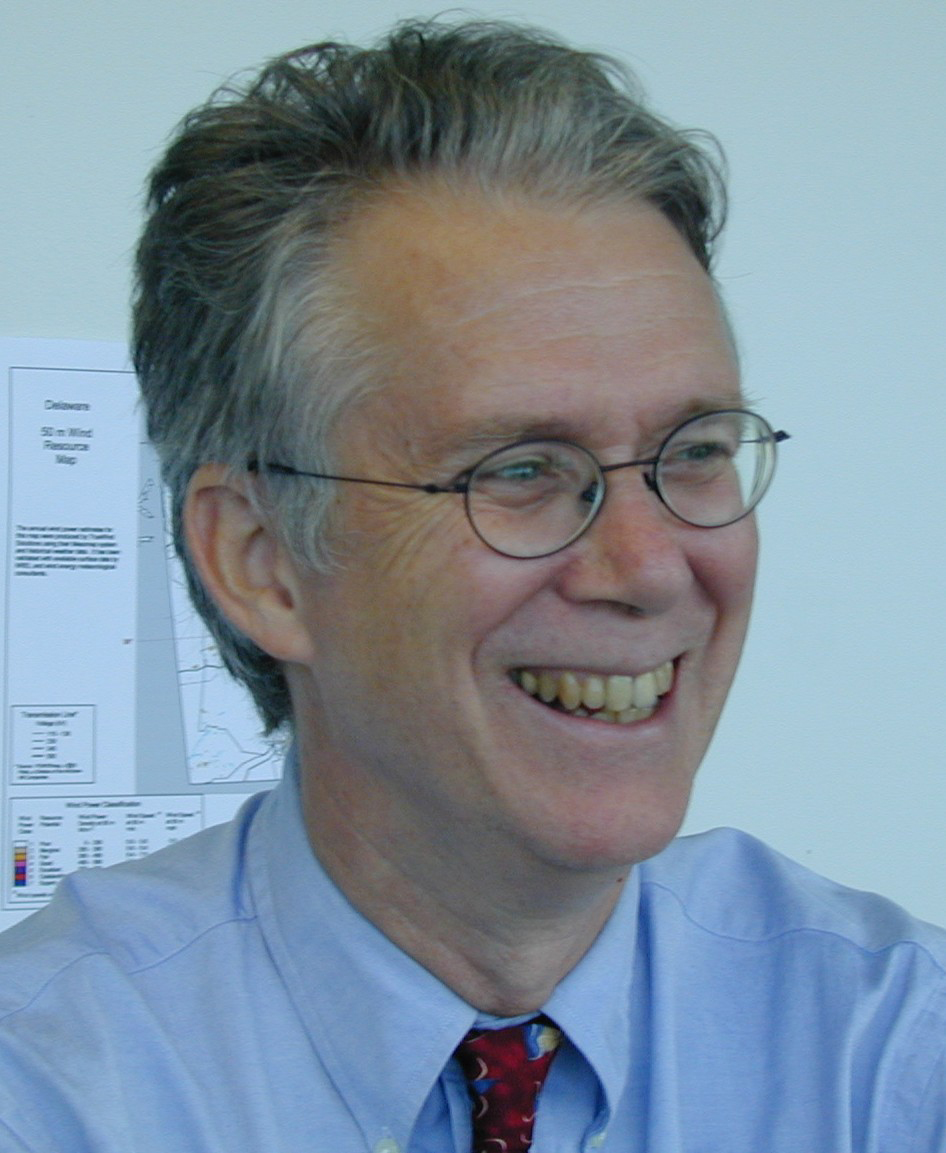 KEMPTON: Well now the grid balances power by large generators that are run at half speed. So if you got a 100 megawatt power plant you run about half that, 50. And then when there's too much power you drop down at bit from 50 towards zero. When there's not enough you push up from 50 up towards your maximum amount. So they're shifting up-and-down these huge power plants.

KEMPTON: It is. You’re taking a big unit that’s supposed to be run at a single speed and you’re changing speed constantly. Plus, you’re only getting half the ability to produce power that the system was designed for.

CURWOOD: So what can the electric car do to be more cost-effective in balancing this load?

KEMPTON: Look, a car battery can either charge - the way if you were charging up for a trip - or it can discharge. There's several automakers that have car batteries that can discharge onto the grid. We’re using one of those. So that is the same thing as varying the speed of a power plant. If there's too much electricity on the system, we charge the batteries faster. If there's not enough electricity on the system, we discharge into the power system. So that allows us to take a totally clean device that changes very quickly, has very minimal wear and tear by moving up and down, and we can use that for the same purpose that large power plants are used for now.

What we're doing is asking, “well, there’s batteries out there...the average American drives one hour per day...that means 23 hours a day there's a big battery system that is already purchased.” And now we're just saying we got a second use for that. So you're driving, you know, if you’re typical, an hour a day - maybe you travel further, two hours a day - but that means another 22 hours per day that the car is parked and maybe some or all of that time it's close to an electrical outlet. So we’re going to give you some value for those other hours that you’re not driving.

The electricity hook-up for the Tesla, an electric sports car (photo: bigstockphoto.com)

CURWOOD: So how does this benefit an electric car owner financially?

KEMPTON: Well, per car, so far what we've gotten...because we are on the market now - we’ve done all the permitting, paperwork, bidding and all that - we're getting about five dollars per car per day. So an individual car at that rate would earn $150 a month.

CURWOOD: OK. I've got an electric car. I’m plugged into your system, but now I want to jump in the car and go to work. I need all the juice that I need to get to work. How can I be sure that I’m going to have that juice waiting for me when I needed it?

KEMPTON: Well, if you sign up for our program, we’re going to ask you some questions. We’re going to say what’s your typical day’s driving? What would you like to have as the minimum amount? So if you have a car that has a 100-mile range, which would be typical for an electric car, maybe going to work is 30 miles there and 30 miles back. That would actually be a bit more than the average commute. So we’ll say you can’t plug in at work - maybe PRI hasn’t installed a charging station yet - so that means you need 60 miles on a typical day or add a bit to that just to make sure you don’t run out. We’d make sure you’ve always got 80 miles in the morning.

CURWOOD: Talk to me about the wear on the batteries. You can shorten the life of a battery if you’re constantly drawing it down a bit and topping it off without fully discharging it. How does your system deal with that problem?

KEMPTON: Well, we have spent a lot of time thinking about this, and actually have gotten a bunch of patents issued. We stay in the middle of the charge. If you look at the wear pattern on a lithium-ion battery, which is what we’re using, most of the wear occurs when it's nearly all the way discharged or nearly all the way filled up. So if you think about the way your cell phone or laptop computer works and it's the same with an electric car, the standard way of doing it is you plug it in. It just goes all the way up to the top just in case you can take a really long trip tomorrow. 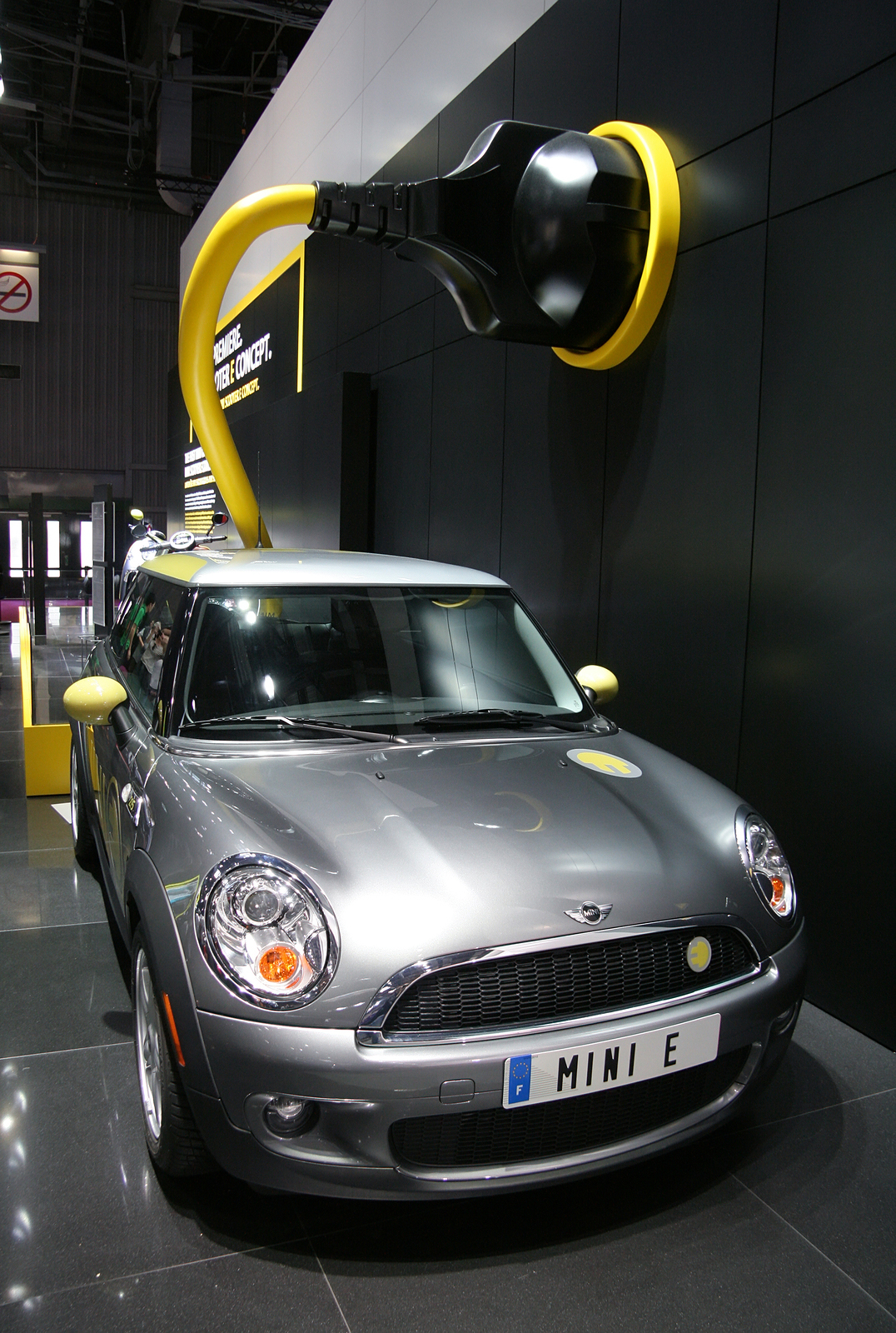 BWM’s electric Mini Cooper E, the car that is being used in the University of Delaware project (photo: bigstockphoto.com)

What we do is we have a predictive model try to predict how much is going to be needed, and generally we don't fill it up more than 60 or 70 percent. We're moving a lot around the 40 percent to 60 percent range but it turns out that doesn't wear the battery nearly as much as filling up to the top every day. So we have to measure it. We may wear the batteries a little more than typical use, or maybe a little less. We've worked a lot of trying to minimize that wear.

CURWOOD: So, scale is really important here, professor. How many cars do you need in any given area to really have this make sense?

KEMPTON: Well, we're using BMW Mini Es, which are fairly high power - not the highest power - but with those kind of cars we need 10 cars to have a sufficient amount to qualify as a generator.

KEMPTON: They do, but their size...here’s the way we win with this...it's kind of a serendipitous design issue - they're sized for you to get on that on-ramp, pedal to the metal and go 0 to 60 or 70 or whatever you do in 10 seconds or 15 seconds or whatever...so they've got the capacity to really push power out quickly and so we take advantage of that. That’s already designed into the car.

CURWOOD: How do you think your system might encourage the growth of the electric car business?

KEMPTON: Well, electric cars are still more expensive than gasoline cars. You get a fuel saving over over time. It's got electricity, more or less a dollar a gallon equivalent, so you’re doing great in terms of fuel costs. Of course it shows up on the electric bill rather than when you pump at the gas station. So that's good.

But the cost of these are higher, batteries are pretty expensive, so for right now electric cars are substantially more expensive at the sticker price level of the showroom. What this system does is provide an additional revenue stream for the electric car owner. And as I said, it’s about $150 a month, so that makes the whole owning and operating an electric car less expensive. It brings it down more close to the cost of a gasoline car.

CURWOOD: How important could your system be in our quest for a low-carbon future?

So storage or the balancing service that we're talking about which is needed today will be needed more and more in the future if we have more and more wind and solar. So if you have a system that is easily expandable, and in fact inherently expands as more electric vehicles are purchased and used, this gives us a low-cost way of leveling out the fluctuations of low-carb and resources.

CURWOOD: Willet Kempton is a Professor in the College of Earth, Ocean, and the Environment at the University of Delaware. Thanks so much for joining us.

Willett’s Kempton’s faculty page at the University of Delaware