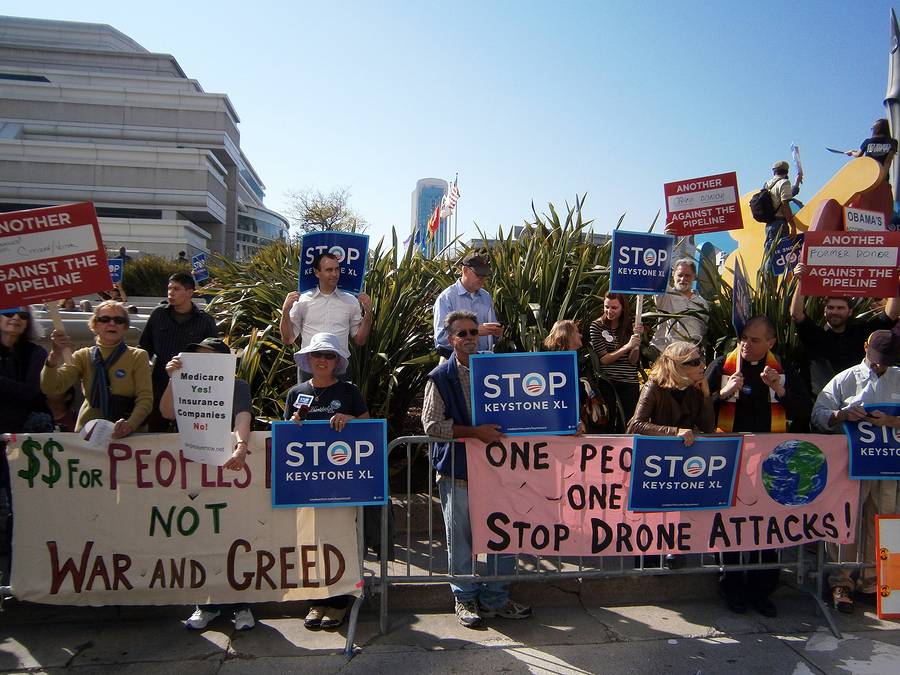 Much public opinion has turned against the proposed pipeline. (photo: Bigstockphoto.com)

On Earth editor at large Ted Genoways tells host Steve Curwood that if the Baptist preacher can’t convince residents to sign a land easement, the possibility of taking the land by eminent domain might.

CURWOOD: Native Nebraskan Ted Genoways is an editor-at-large for the magazine OnEarth, published by NRDC. We asked Ted to describe Polk, the town where Myron Stafford preached at the local Baptist Church. 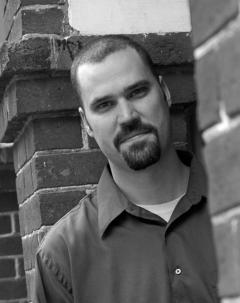 Ted Genoways is editor at large for On Earth Magazine. (photo: On Earth)

GENOWAYS: Polk is a very small town, it's a town of about 300 people that is entirely supported by agriculture. And really the only reason people come into town is to have dinner at the diner, to get supplies at the hardware store, or to come into the church on Sunday. When Myron Stafford came into Polk the first time, as a land agent, he very quickly came a part of the church life there. He became one of the deacons, and when the sitting minister retired, he was asked to fill-in, and ended up being the fill-in minister for three and a half years. And in that time, he not only performed weddings and funerals, but he also managed to secure land agreements from a significant number of the congregants at the church.

CURWOOD: Ted, in your article in OnEarth, you wrote if land owners don’t go for the soft sell from the local preacher, that Keystone will send other representatives that can sometimes threaten people. Can you tell me about that?

GENOWAYS: Yes, there’s at least one land owner I’ve spoken to who said that they not only received letters, but phone calls that came in daily, and then multiple times a day. And eventually, were threatening to use eminent domain in order to condemn the property, and said, if we have to go through that process, you’ll have no say in where the pipeline is eventually sited when it crosses your land. And as it stands, it may be all the way to the western edge of your property and far away from your home and your front step. But if we have to go through all of this, we may decide we’re going to run the pipe right where your house is now. And we’ll demolish your house and run the pipe through your living room. I think a lot of land owners feel that sort of threat crosses a line. It’s not at that point a business negotiation, but it’s intimidation. What I can say is that I hear enough stories from landowners who I’ve approached cold and people who haven’t come to me, but people I’ve just gone up and knocked on their door. And they’ve told me the same stories. I think there’s no question that sort of thing is going on with the land agents.

CURWOOD: Now, as I understand it, the governor of Nebraska has given the green light to TransCanada to use eminent domain to build the pipeline. Please tell me about that how a governor could have that power.

GENOWAYS: Ordinarily, the power of eminent domain would be determined by the Public Service Commission. In this particular case, the legislature, as part of a special session, passed a law that specifically removed that power from PSC and put it into the hands of Governor Dave Heineman, someone who everyone understood was a supporter of TransCanada and of the project. So, with that in hand, the letters that have been going out from TransCanada now always start by reminding landowners they have received the power of eminent domain from the governor, and they will use it if they don’t get cooperation.

CURWOOD: So let me see if I have this right. So a private foreign corporation is being given the power to take land from people against their will to make money.

GENOWAYS: That’s right, and under the guise of being for the public good.

CURWOOD: And in general, what kind of response are you seeing from people in Nebraska about the proposed pipeline now?

GENOWAYS: People here, I think, have really gotten their hackles up and said, if this project requires all of this strong-arming in order to go through, there must be something wrong with it.

CURWOOD: Ted Genoways is an editor-at-large for On Earth Magazine. Thanks so much for taking this time.

GENOWAYS: Thanks again for having me.

CURWOOD: Repeated attempts to reach Myron Stafford were unsuccessful. TransCanada says it sees no conflict in this arrangement.


Read the On Earth Article