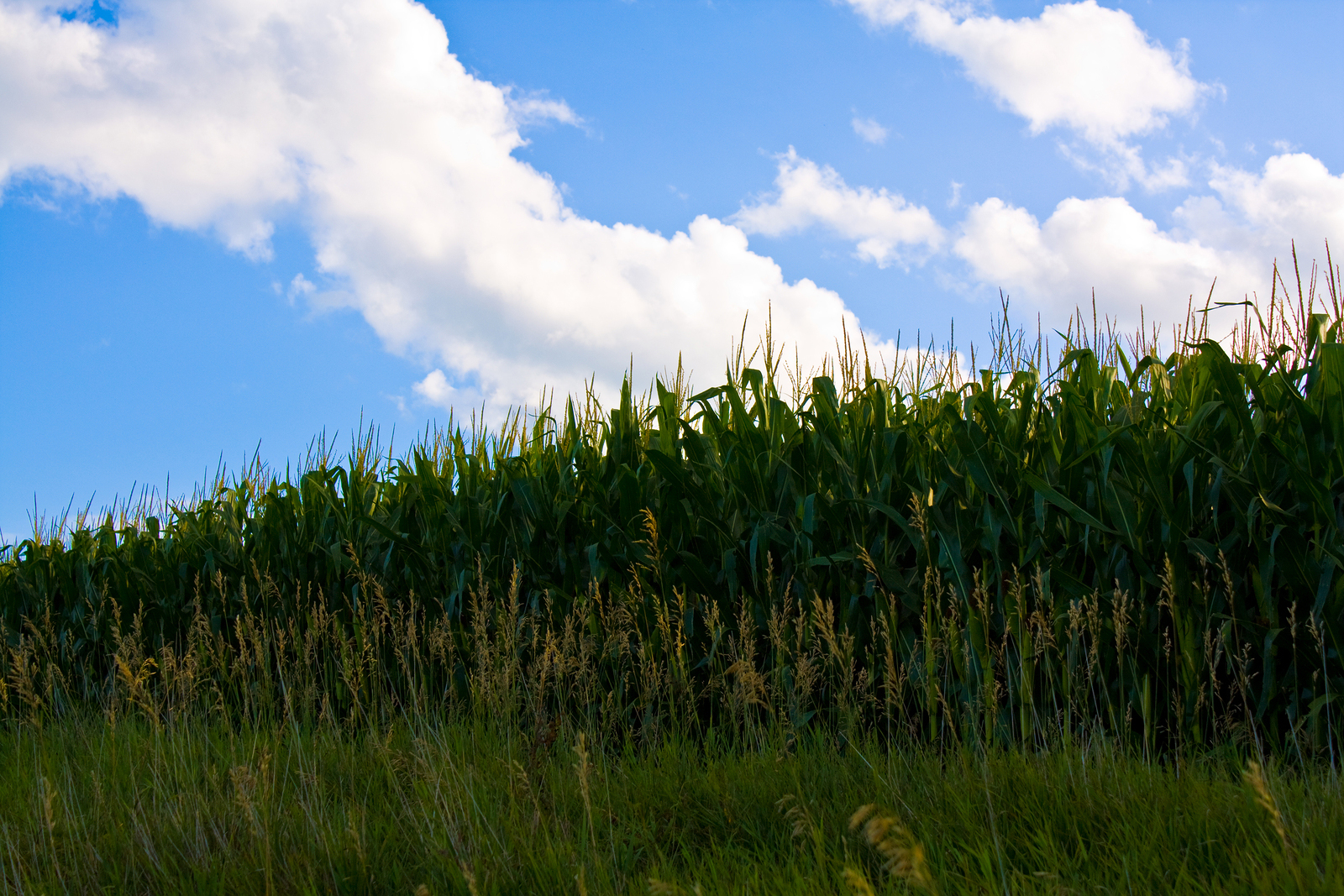 If approved, the Keystone XL pipeline will pass through rural farmland. (photo: Bigstockphotos.com)

TransCanada, the company planning to build Keystone XL, needs permission from land owners for the pipeline to cross their property. Company land agents across rural Nebraska are trying to get landowners to sign on the dotted line, but one agent has attracted controversy because he's also a Baptist preacher. Nebraska farmer Terry Van Housen talks to Living on Earth’s Bobby Bascomb about his experience with the preacher land agent.

CURWOOD: TransCanada's pipeline would cross thousands of parcels of private land. So the company has sent agents to win permission from landowners. One land agent in rural Nebraska has attracted controversy because Myron Stafford is also a part-time Baptist preacher, and some folks aren't sure about a preacher proselytizing for a pipeline. Living on Earth's Bobby Bascomb got one of them on the phone.

VAN HOUSEN: My name is Terry Van Housen and I'm a farmer from Nebraska. My main operation is feeding cattle. I feed 10,000 heads. I’ve been farming for 45 years.

BASCOMB: Can you tell me about your experience with Myron Stafford? I understand he came out there to talk to you about Keystone?

VAN HOUSEN: Myron called me one day and wanted to set up a meeting about running a pipeline across my land. So I met with him. We went back into the break room so it wasn’t so noisy. We started talking about what they wanted to do with my land. We started talking about that...and then the conversation got switched into...he said that he was a Baptist preacher for three and a half years up at Polk, a little town five miles from my office. And he went on to say that he married people up there, and he buried some of my friends, and that he thought that God sent him there because it’s such a nice area. And to me, I just felt like he was trying to gain my trust to get me to sign the agreement to TransCanada to bury that pipeline across my land. So right then and there that kind of threw a red flag up for me.

BASCOMB: So he came to you as an employee of Keystone, but he’s also a preacher of a local church. What did you think of his two roles?

VAN HOUSEN: I thought it was a little odd that he was bringing so much of God into our business because in the conversation he said that he would never bring work into a house of God. But he sure brought God into my house of work.

BASCOMB: How did you resolve that conversation with him?

VAN HOUSEN: Well at the end of the first meeting, I had six questions for him that he could not answer. So he answered them the second meeting, plus I told him on the first meeting that you should be able to freshen up the price a little bit - a lifetime easement for Keystone XL and only a one time payment for me. So, the second meeting come around, he answered the six questions, he sweetened up the pot a little bit - there was a little more money he added - and I left it with him that I will think about it and then we’ll talk about it again. And he reminded me that after the 22nd that his offer goes off the board. In other words, you better make up your mind, get on board, or you’re going to end up with nothing. That didn’t really trick my trigger either.

BASCOMB: Can I ask you, how sweet was that pot?

VAN HOUSEN: It’s a 50 foot swath through my field, six foot deep, and for a lifetime easement, it was like $27,000. And he sweetened it up to $30,000. I got to thinking about that. I said, “You’re going to be making millions of dollars. There’s over $50 million dollars worth of crude oil going through that every day, and he’s offering me a measly $30,000 for a lifetime easement.” I don’t want it anyway. If he freshens it up a lot more, I still don’t want it because I found all the danger of that pipeline - what it could do to our nice clean water.

BASCOMB: Before you met Mr. Stafford, did you have any opinions about the Keystone Pipeline? How familiar were you with it?

VAN HOUSEN: I was very not familiar. And then Valentine’s Day, me and some friends were going out, and one of my friends, she was talking about the pipeline. And I said, “yes, that’s going across my land.” And she said, “Oh, gosh, haven’t you heard the whole story about that? And I says, “No.” And thought maybe it was a good thing. She says, “Oh, no. You should be talking to some people and doing some research.” So that’s when I got on top of things. And I couldn’t find anything good about it. It was all bad.

BASCOMB: Do you have any sense about the feelings of your neighbors and your friends? What do they think of this?

VAN HOUSEN: Their concerns are our nice clean water, what happens if there’s a break in the pipe. The Ogallala aquifer is right underneath of us. It’s the cleanest water in the world. And we’re on top of an ocean of it. And if that crude gets down into our water system, it could ruin their drinking water, or bathing water, my water for irrigation, to raise the corn, plus my cattle wouldn’t be able to drink that water. It’s toxic. It would put me out of business.