The pipeline that broke in Mayflower, Arkansas was carrying crude oil but bitumen from Canada's tar sands. It has the consistency of peanut butter. Jim Murphy from National Wildlife Federation tells host Steve Curwood about a petition before EPA for a moratorium on new or expanded bitumen pipelines until there are tighter regulations for transporting bitumen.

CURWOOD: Even before this latest spill, a coalition of landowners, environmental, and sportsmen’s groups had filed a petition with the federal government calling for a moratorium on new or expanded tar sands oil pipelines. The coalition wants Pipeline and Hazardous Materials Safety Administration (PHMSA) and the EPA to develop stronger safety standards. Jim Murphy of the National Wildlife Federation is the lead counsel. I asked him to explain why there needs to be new rules for pipelines that carry the thick tar sands oil - often called bitumen.

MURPHY: Unlike conventional crude, which is a liquid substance that generally floats on water and is easily pushed through a pipe, bitumen is much more - it's almost the consistency of peanut butter. So it doesn't travel through pipes easily. And to get it through pipes, one of two things have to occur. It either has to be refined down to a substance that resembles conventional crude - and that process is expensive and is also limited refining capacity in Alberta to do that.

So what they've been doing as production has increased is they dilute it with the natural gas condensate to create a substance called diluted bitumen. And basically, once it's diluted it can be pumped through pipes, but only at very high pressures of high temperatures. So there's several risks to that. One, it's going through pipelines in a much more intense way. The pressure and the heat likely causes corrosion issues and also the substance itself is really like liquid sandpaper.

So it’s a lot more wear and tear on the pipes. The other concern is when it spills. Rather than floating on water like oil does, what happens when diluted bitumen spills is the diluant, which is a natural gas condensate, will evaporate off quickly, causing a very toxic benzene cloud, and leaving behind a very heavy dense bitumen which will sink to the bottom, particularly of waterways. So traditional methods of cleaning, such as putting skimmers on, putting buoys on, and vacuuming on the surface of waters don't work. It attaches to the bottom. It’s very hard to clean up once it spills.

CURWOOD: So in 2010 there was a big spill of this diluted bitumen on the Kalamazoo River. What happened in that spill? 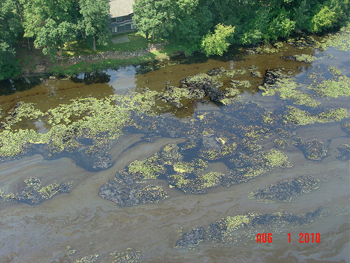 MURPHY: Basically there was a rupture that happened in a corroded or cracked part of the pipeline. It was known well before the actual rupture occurred. When the rupture occurred, the command center, which was in Alberta, read that drop in pressure not as a breach in the system, but as a gas bubble. So what happened is they started pumping oil in a much higher rate, at a much higher volume.

MURPHY: They pushed more through instead of shutting it off. So what happened was 17 hours went by from the time of the rupture to the time the company, which is Enbridge, actually started taking measures to stop it. About a million gallons of oil spilled. It entered a tributary of the Kalamazoo River, and ended up flowing down, fouling 40 miles of that river and in those 17 hours, 81 percent of that one million gallons were pumped after the initial breach.

CURWOOD: Local people saw that there was some kind of spill going on. What did they know about what was being spilled? 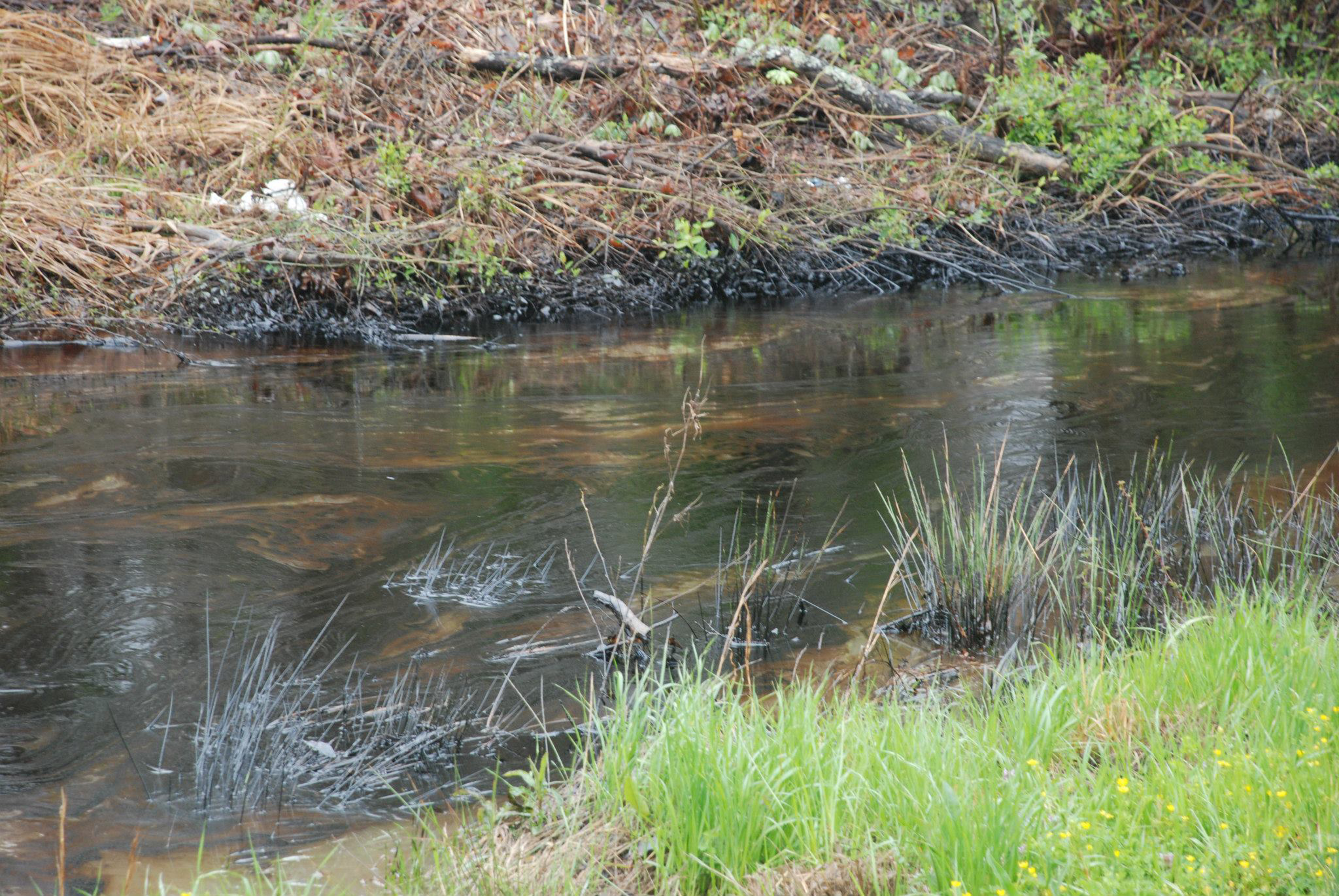 MURPHY: They had no idea that it was diluted bitumen. They are responded like they would've to conventional crude. They put skimmers and buoys on the water to try to collect what they thought would be floating oil. And the oil behaved very differently. It sank. It was rolling in tarballs on the bottom of the river. They were confused and frankly didn't know what they were responding to, and as a result of a lot of the oil fouled a good portion of the bottom of the river and wetland sediment as well.

CURWOOD: So it’s still there.

MURPHY: It's still there. They've dredged a few times. EPA has just ordered another dredging. EPA officials have basically said they think that portions of the river will be fouled indefinitely, but it really can't be restored or cleaned up.

CURWOOD: Your organization, National Wildlife Federation, is petitioning the Environmental Protection Agency for a moratorium on tar sands pipelines, including Keystone and those that carry bitumen. What exactly would like to see happen here?

CURWOOD: What happens next with your petition? This is not the sort of petition people just putting signatures around, this is a legal process you’ve engaged in. 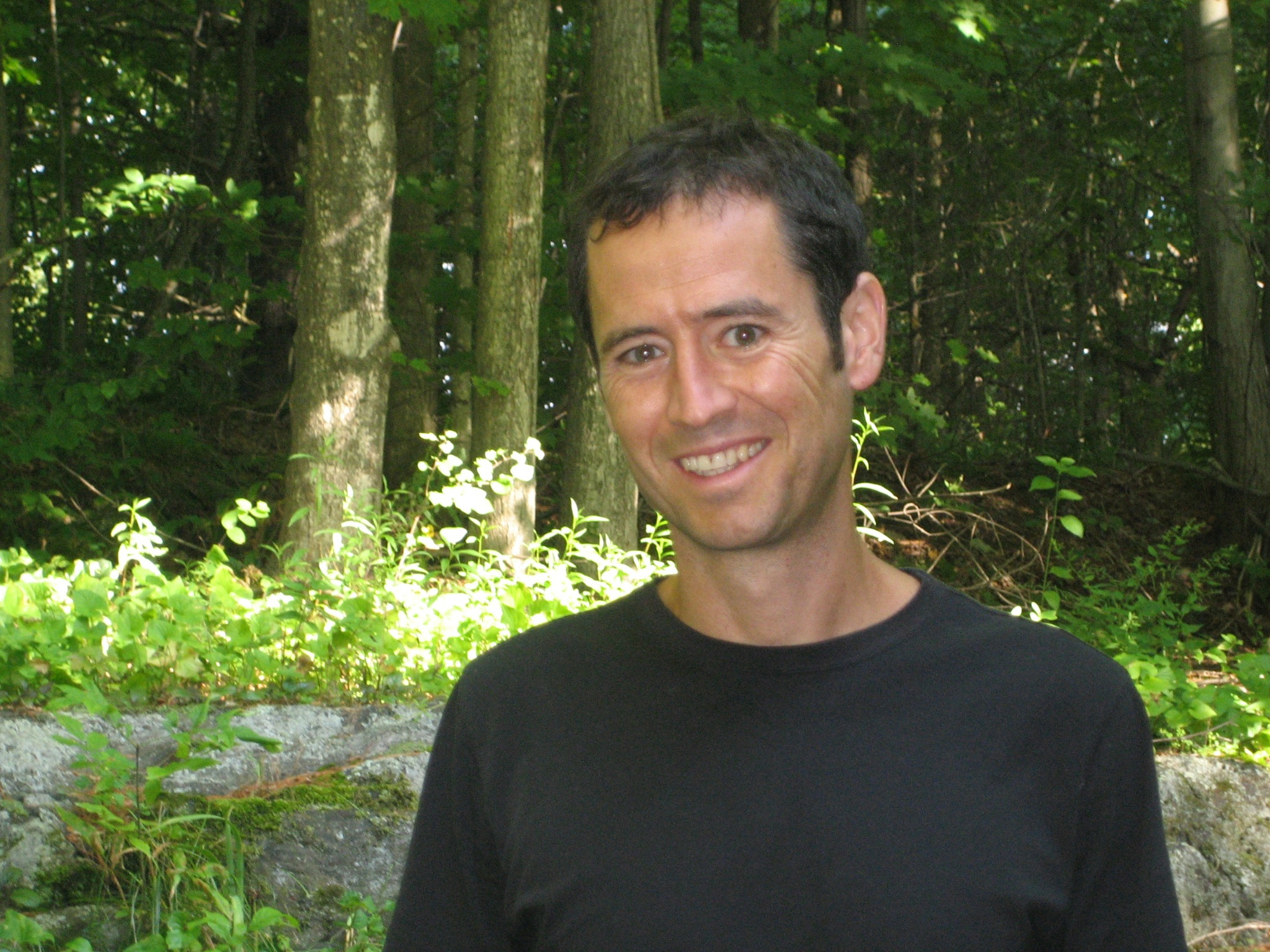 MURPHY: Especially the agencies have to respond. They have to respond in a timely manner. They have to make a reasoned determination as to whether or not to accept or deny our request for a moratorium and for new regulations. And this is not without precedent. The very seminal case, Massachusetts vs. EPA, which right now is responsible for EPA’s current rule-making efforts to regulate sources of carbon dioxide started with a very similar petition. So this is a mechanism for concerned citizens to make sure that the government is doing the job it’s charged to do.

CURWOOD: So as a practical matter, what does that mean for the timetable of the Keystone XL, or other proposals to transport bitumen, such as reversing the crude oil line from Maine that goes into Canada?

MURPHY: Well, we would like to see those all put on hold until rule-making occurs. We don't need this oil now. We may never need this oil. It's not an energy security issue. Most of it's likely to go to export. The number of jobs is 35 jobs, permanent jobs. So we feel it's much more important to be safe than to rush this project, especially since all indications are that we don't need this pipeline.

CURWOOD: Jim Murphy is Senior Counsel for the National Wildlife Federation. Thanks so much, Jim, for coming by.


More about the federal pipeline petition from lead petitioner, the National Wildlife Federation. Includes link to document filed at EPA and PHMSA.