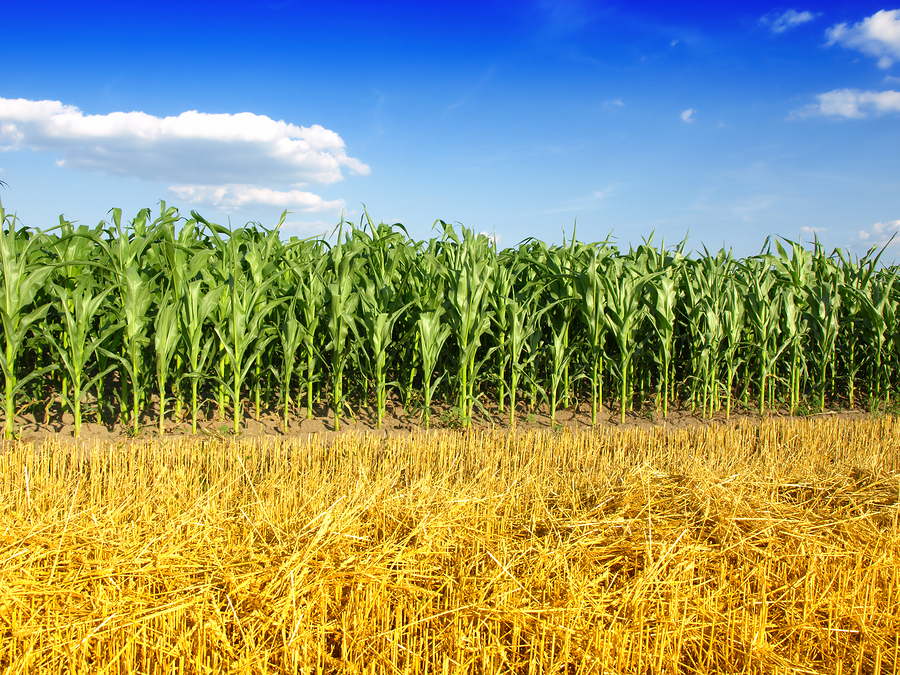 The vast majority of domestic ethanol in the US comes from corn. (Photo: Bigstockphoto.com)

Corn based ethanol makes up 10% of the fuel mix in the US and EPA has approved a 15% mix. But last year 20 ethanol producers closed up shop. Wallace Tyner, an energy economist at Purdue University explains to host Steve Curwood why small ethanol producers simply can’t turn a profit.

CURWOOD: The current gasoline we put in our cars - E10 - contains 10 percent ethanol. Corn-based ethanol helps provide income for American farmers, and a federal mandate for ethanol aims to reduce global warming emissions. In 2012, the EPA ruled that it would be safe for cars made since 2001 to use a fuel containing 15 percent ethanol. But an ethanol tax credit expired over a year ago, and more than 20 ethanol plants have closed in the last year. Wallace Tyner is an energy economist at Purdue University and Professor Tyner, welcome to Living on Earth.

TYNER: Steve, it's great to be with you.

CURWOOD: So 20 ethanol plants closed up shop last year. Why?

TYNER: Well basically because there's too much ethanol chasing too little market in the United States. The reason for that is because we have something called the “blend wall”. We consume about 133 billion gallons of gasoline-type fuel a year, and that means blending at 10 percent, or 13.3 billion gallons, is all we can use; but we have the capacity to produce 14.9 billion gallons. So we have more capacity than we can sell ethanol, and that means that everybody can't stay in the game.

CURWOOD: And what about drought...how has that affected the ethanol business? 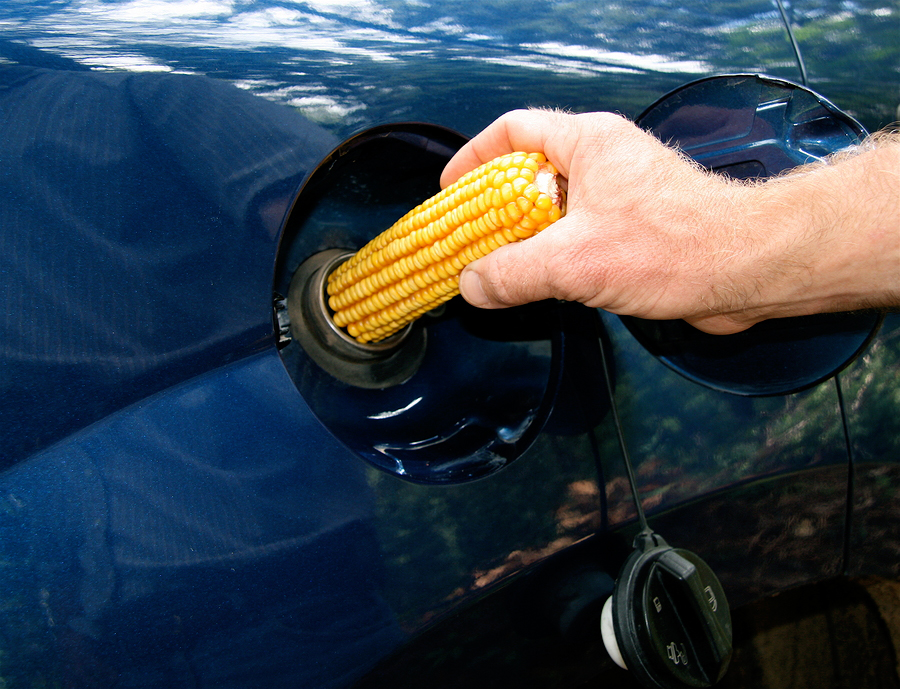 TYNER: Instead of being priced on gasoline is it used to be, today ethanol’s priced on corn so when we had the drought, that meant that the price of corn went up significantly, but also the price of ethanol went up significantly. And what happens is that ethanol gets priced on a break even basis with corn, but that’s break even for the efficient producer. For those that are somewhat less efficient, they have a really hard time. Some are losing money, some are suspending production, some have gone bankrupt. It is really tough to make money in ethanol today.

CURWOOD: So the market for corn-based ethanol here in the United States is set by the EPA, in the renewable fuels standard, this blend of 10 percent. But I understand that of course in Minnesota they are authorized to go to 20 percent. And there’s been talk of raising the federal level to 15 percent. And yet get some say, “no no no, that's too much, it should be less”. What’s your opinion?

TYNER: Well, Steve, in fact, 15 percent has been the rule for a year now. EPA gave their final clearance for 15 percent ethanol in February of last year, but the way they cleared it they said we're going to allow E15, that's what it's called, for cars built since 2001, but not for any small engines, not for motorcycles, not for chainsaws snow blowers, lawnmowers boats, etc. And the cars built since 2001 is about two-thirds of the car fleet. So put yourself in the position of a service station owner - are you going to switch from E-10 to E15 and lose a third of your customers...and also have to police to make sure that nobody takes any gas away in a can that they’re going to use in any of those small engines? So we have 161,000 gas stations in the country and only 10 of them have switched to E15.

CURWOOD: Now some 40 percent of the corn that we grow the US is converted into ethanol, do I have that right?

TYNER: 40 percent of the corn that’s produced goes into ethanol plants. But a third of that comes back out as distillers’ grains that feed straight to animals just like the corn would've been. So the net number is about 27 percent of our corn gets used for ethanol instead of being used to feed people and animals.

CURWOOD: And how does that compared to exports to other countries?

TYNER: We’re the world's leading producer of corn ethanol by a long shot. The second largest producer of ethanol is Brazil, but they produce it from sugarcane.

CURWOOD: How does corn rate as a biofuel compared to sugarcane?

CURWOOD: Now, you're the economist. Do you have a sense of how much the price of corn is going up because we’re putting so much of it into ethanol?

TYNER: There is no doubt that biofuels are an important contributor to the rise of corn price but it's not the only contributor. We have higher demand in developing countries as their incomes are growing and their diets are switching to more meat in the diet. That means they need more corn to feed more animals so there are whole lot of drivers of the higher corn price. Biofuels is one of those. It's an important one, but people that say it's the only driver - no, it's not.

CURWOOD: What about the demand for land to grow corn and the biofuel that comes out of it? The Environmental Working Group, for example, claims that the increase in the price of corn for ethanol has lead to the conversion of some 23 million acres of wetlands and grasslands, an area roughly the size of your state there in Purdue, Indiana.

TYNER: Well, that's a great question because when you take corn away from feeding animals, which is what most of its used for, and divert it to producing ethanol, those animals still have to be fed. So you can get that extra land two ways, one is you get it from crop switching, and that's what we're done in United States - were growing less cotton, less sorghum, a little bit less wheat, and we're growing more corn. And so we’ve shifted the mix of acres around the country. In other parts of the world - in sub-Saharan Africa, in South America, in Brazil, in Eastern Europe - cropland area has increased in all those regions. And part of that is because the world price of corn, the world price of soybeans, are higher and so farmers in those regions are expanding area.

CURWOOD: Wallace Tyner is an energy economist at Purdue University. Thank you so much, Professor Tyner.