There's broad scientific consensus that climate disruption is human-induced, yet global warming is still hotly debated. Suzanne Goldenberg joins host Steve Curwood to discuss her recent article in the UK newspaper The Guardian. It investigated the anonymosly funded Donor’s Trust and Donor’s Capital Fund which together have given over $100 million dollars to climate change denial groups in the United States over the past decade.

CURWOOD: The 2012 US presidential election was the most expensive in history, and much of the six billion dollars spent came from undisclosed donors. There's no question that secret money is powerful and influential in American public life - and not just on electoral races. A recent investigation by the UK newspaper, The Guardian, revealed that over the past decade a pair of anonymous donor funds gave over $100 million dollars to US groups that deny a human role in climate change. Suzanne Goldenberg, the US environment correspondent for The Guardian conducted the probe, and she joins us now.

GOLDENBERG: Donors Trust and Donor's Capital Fund are two vehicles which were put together for the express purpose of channeling donations from conservative donors to conservative groups. They have tax advantages for wealthy donors, but the other thing they offer their clients is an assurance the money won't be diverted to liberal causes, and complete anonymity. So they don't have to become known as the benefactors of these causes.

CURWOOD: How much money we talking about here? 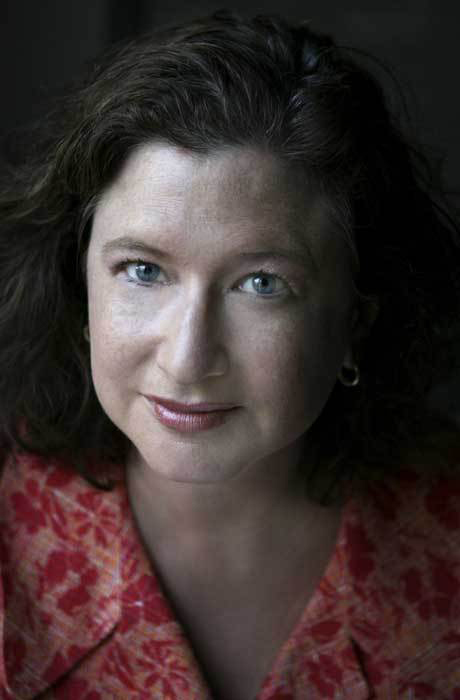 CURWOOD: Now, how does this work in US law if these are a tax-exempt organizations, one would think they would have to reveal their donors.

GOLDENBERG: No, these are perfectly legal. As conservatives point out there's an equivalent on the liberal side of the political spectrum called the Tides Foundations. These things are perfectly legal, and what they do is they enable people to give money to a sort of black box, if you like, a council of advisors who will then distribute the money to other causes. So you can see the money going out to those causes, but you can't see the money going in.

CURWOOD: Suzanne, who are the groups who are getting these funds?

GOLDENBERG: You're talking about a range of groups here. You're talking about think tanks, organizations like the Heartland Institute in Chicago which over the years has organized annual conferences which are kind of an alternative to the UN climate conference where gather scientists and academics who do not accept established science on climate change. You’ve had other organizations which have focused on bringing lawsuits against climate scientists. One of the group they support is called Committee for a Constructive Tomorrow, One of its main causes is to put out a website called Climate Depot, which is a clearinghouse of information that attacks the science behind climate change and attacks people trying to bring about action on climate change. It’s published, for example, the phone numbers of climate scientists and the e-mail address of climate scientists and encouraged people to write angry e-mails to these people. So it’s a range of organizations that are supported by Donor’s Capital Fund and the Donor’s Trust.

CURWOOD: So let’s step back for a moment. This is a dark pool. We don't know where this money is coming from. But the folks who stand to perhaps lose the most if this country takes on the challenge of climate are those who are in the fossil fuel industry.

GOLDENBERG: That's true, I mean, economically, but I don't think you can say that this is just about the money I mean, the more I’ve studied these groups - and I’ve studied for long time - I think you cannot ignore the importance of ideology here. A lot of wealthy conservatives who are opposed to action on climate change, not because all their money is wrapped up an oil companies, but because they really are opposed any kind of government intervention in the economy. And they are afraid that if you start to put limits on carbon emissions and that's the sort of first step towards lots of government intervention in the economy, and then next thing you know we’ve got a global government and a single global currency.

CURWOOD: Conservatives aren’t the only ones that use anonymous donor mechanisms; liberals do as well. What's, what's the problem here?

GOLDENBERG: To me that the main difference is the causes they’re supporting. When you're talking about science - when you're talking about the facts of climate science - the two sides aren't equivalent. And I don't think that it's legitimate to say putting out information about science is one thing and putting out information that is factually wrong is just as valid. Because they clearly aren’t. I think as a society we’d be concerned if organizations were taking secret money to go out and say, hey, smoke as many cigarettes as you like, it won't hurt you; hey, be afraid when you use a public washroom, you can get HIV aids from toilet seats. I think it's a very different thing when you're talking about putting out information that is factually incorrect, and you're doing that in a secretive fashion.

CURWOOD: So how are these groups involved in the public discussion on climate? I'm thinking of President Obama recently saying in his State of Union as well as his inaugural address, that he wanted to be more active on that. Donor’s Trust supported organizations in response to that?

GOLDENBERG: They jumped right on it. It was really interesting to see. You know, the folks at Climate Depot put out a point by point rebuttal of the things that Obama was discussing in his State of the Union address. And since then, it’s also interesting to see Climate Depot have really gone on the attack against the protestors of the Keystone Pipeline project.

CURWOOD: Suzanne Goldenberg, you’ve been looking at this now for more than a year. What effect do you think that the Donor’s Trust and the Donor’s Capital Fund has had on the climate conversation in this country over the past few years?

GOLDENBERG: I think they’ve created a lot of confusion, and a lot of controversy about an area that used to be seen as apolitical, and with the solutions used to be seen as clear-cut. So they have made it virtually impossible for the White House or for the Congress to act on climate change because this area is now seen as so...you know it's a political third rail, if you like. And they have scared the politicians away from taking on a big challenge.

CURWOOD: Suzanne Goldenberg, is the US environment correspondent for the UK paper, The Guardian. Thank you so much Suzanne.

CURWOOD: We asked Donor's Trust for comment. An email from CEO Whitney Ball is on our website, loe.org, and it reads, in part, "Donor’s Trust was established to promote liberty and to help like-minded donors preserve their charitable intent. As donor-advised funds are not required to disclose their donors,” she wrote that “comments in the press that label the Trust as ‘secretive’ and refer to its ‘dark money’ are ‘unfair and misleading’.”

[Donor’s Trust full statement on 2.22.2013:
“Donors Trust was established to promote liberty and help like-minded donors preserve their charitable intent. We follow the same rules and operate in the same manner as other donor-advised funds which include the Fidelity Charitable Gift Fund, Jewish federations, local community foundations, and the left-of-center Tides Foundation, just to name a few. Donor-advised funds are classified as public charities, and thus are not required to disclose their donors. I do not know of a donor-advised fund that makes its donor list public. The press has referred to us as a "black box," labeled our funding as "dark money," and Ms. Goldenberg described us as "secretive." These characterizations are unfair and misleading. How is it that the Tides Foundation, which has a record of funding environmental causes and does not publish its donor list, is never characterized in the same way by these same reporters?”]