Cities burn a lot of energy and release a lot of heat. A new study finds that enough waste heat rises from cities to influence regional climate, especially in the winter. Host Steve Curwood learns how cities’ heat affects climate from Dr. Veerabhadran Ramanathan, Professor of Atmospheric and Climate Sciences at the Scripps Institution of Oceanography

CURWOOD: Now a significant contribution to global carbon emissions comes from cities - from busy offices, idling traffic and lights left on all night. Cities are tightly packed with people and buildings that burn a lot of energy and release a lot of waste heat - enough heat, a new study says, to influence regional climate. Here to explain it all is Dr. Veerabhadran Ramanathan, Professor of Atmospheric and Climate Sciences at the Scripps Institution of Oceanography in San Diego. Welcome to Living on Earth. 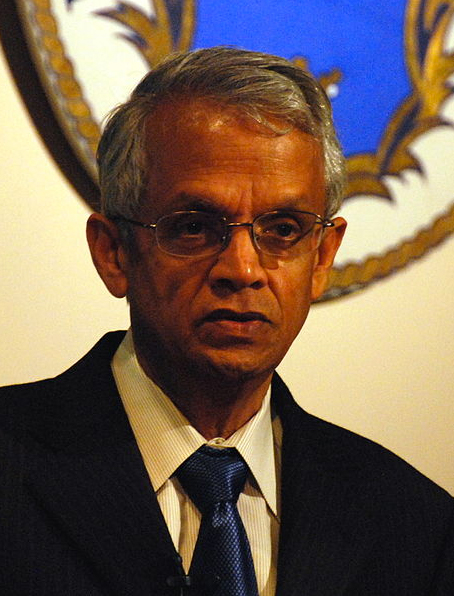 Dr. Veerabhadran Ramanathan, Professor of Atmospheric and Climate Sciences at the Scripps Institution of Oceanography in San Diego. (Photo: Wikipedia)

RAMANATHAN: Thank you very much!

CURWOOD: So how exactly is waste heat from cities affecting climate?

RAMANATHAN: Basically, the heat we put out, our car engines, factories, home heating - they all ultimately end up in the air. See, for example, Tokyo, they give a number of heat generated. That heat is two to three times larger than sunlight which heats Tokyo. So we can just imagine the amount of heat we put out. During wintertime, we have this so-called jet stream, fast winds blowing around the planet. And this wind is able to carry the heat we dump over cities like New York, Chicago, Tokyo, Beijing, Shanghai, etcetera, and blows this heat within few weeks around the planet. And that’s why what we think is a local phenomenon can become a regional and global phenomenon. 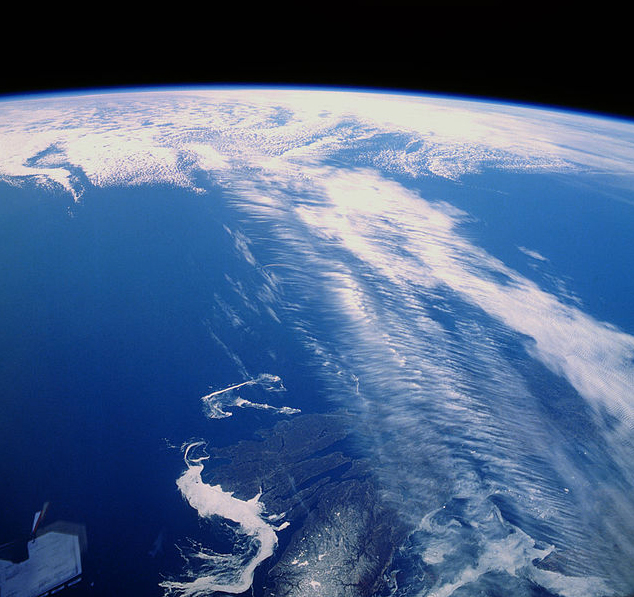 Clouds along a jet stream over Canada. (Photo: Wikipedia)

CURWOOD: The study is titled “Energy Consumption and Unexplained Winter Warming over Northern Asia and North America.” So why does the waste heat effect on climate only happen in the wintertime? Why isn’t it year-round?

RAMANATHAN: The last 10, 20 years, the jet stream seems to have a mind of its own, and it sort of fluctuates and moves back and forth, north and south rapidly. What this study is showing is that this waste heat might have moved the jet stream a little bit southwards. When the jet stream moves south is when you get huge cold spells in areas like Florida, Texas. But we have to be careful; there’s so many other natural phenomena that also contributes to this neurotic movement of the jet stream. Certainly, we are not helping it. We are adding one more monkey wrench there to move the jet stream.
CURWOOD: So what parts of the world are the most affected by the urban waste heat?

RAMANATHAN: The main countries or regions affected by this waste heat is North America, particularly the United States, northeastern United States, the entire Canadian region, and what we call Eurasian region. These regions have warmed up by as much as a degree and what's really exciting to climate scientists about this study is that these regions, they’ve been showing anomalous warming in the wintertime. And this study finds it's exactly during the wintertime when the waste heat warms up this entire continent.

RAMANATHAN: Well, I wouldn’t put it that way, because the warming you see in these regions during spring and summer and fall is still largely due to global warming. The good news is that our models are able to explain very closely how our planet has been warming. The bad news is, it confirms that our models may be right after all, and that global warming is as large as they think it is.

CURWOOD: And how does this affect our understanding of climate change in the models?

RAMANATHAN: This study really is sort of major impact on our thinking about local processes and global processes. We had always thought of this heat from cities as an urban heat island effect - just local heats up the cities and we knew that - that's been known for decades. What we didn't know is that this local phenomenon, it is a large signal in the background of global warming that's been going on for the last hundred years. 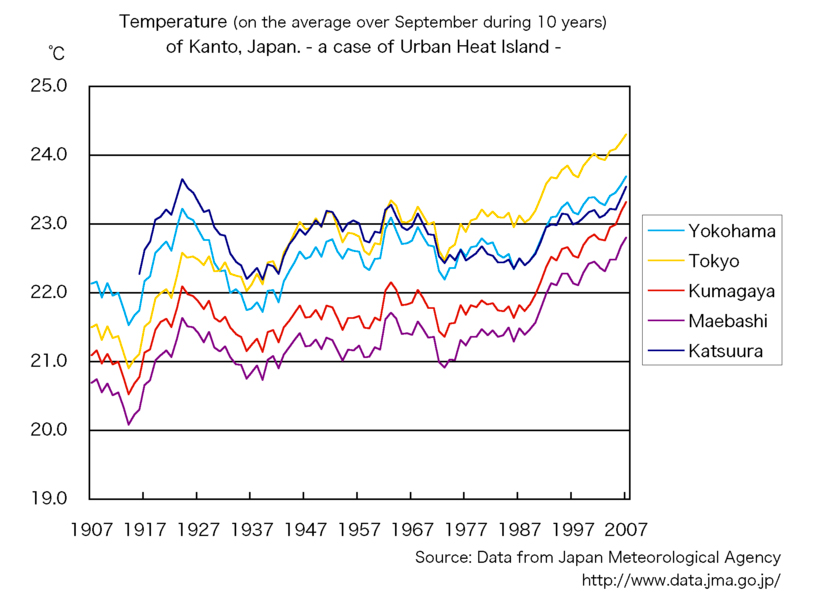 Tokyo, an example of an urban heat island. Normal temperatures of Tokyo go up more than those of the surrounding area. (Photo: Wikipedia)

CURWOOD: Veerabhadran Ramanathan is a Professor of Atmospheric and Climate Sciences at the Scripps Institution of Oceanography in San Diego. Thank you for taking the time.

RAMANATHAN: Thank you so much!