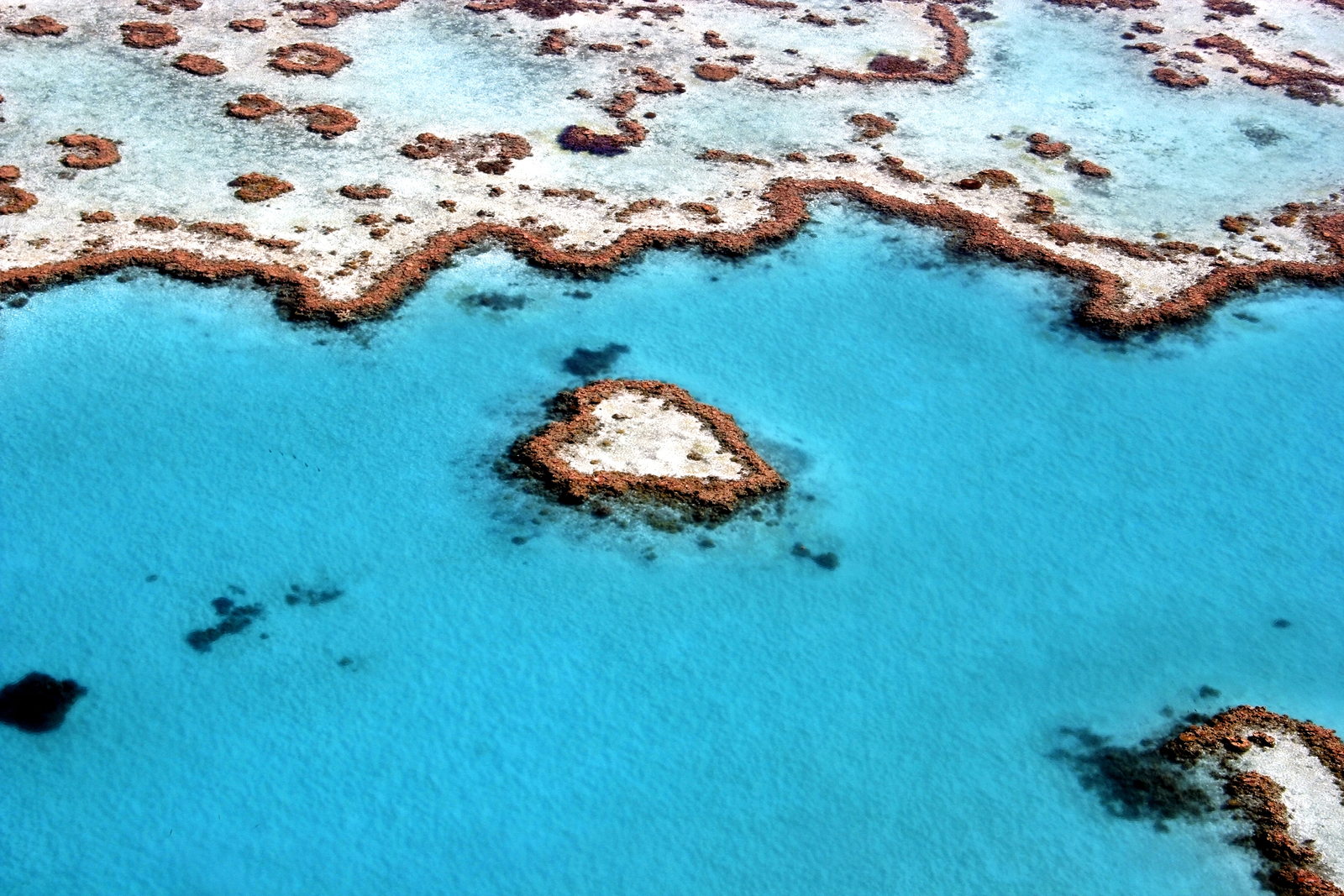 UNESCO is threatening to take the Great Barrier Reef off its list of World Heritage sites in the wake of Australia’s decision to build new coal transport facilities on the Queensland coast. Tim McDonnell of Mother Jones magazine's Climate Desk joins host Steve Curwood to explain how an increase in shipping could damage the vulnerable reef.

CURWOOD: It’s Living on Earth, I'm Steve Curwood. The Great Barrier Reef system in the Coral Sea stretches for 1,600 miles off Australia’s eastern coast and is widely viewed as the down-under nation’s greatest natural treasure. Its thousands of coral reefs harbor a vast biodiversity, and that prompted UNESCO to designate it a “World Heritage Site” in 1981. But today the Great Barrier reef ecosystem is under threat from development, and UNESCO is not happy. The organization is considering revoking its Heritage status, because Australia plans to build massive coal transport facilities on the Queensland coast. For more on this story we turn to Tim McDonnell, Climate Desk Fellow at Mother Jones magazine. Welcome to Living on Earth.

MCDONNELL: Pleasure to be here. Thank you very much.

CURWOOD: So now where exactly is this coal coming from, and where is it going?

MCDONNELL: Well, it's coming from mines in Australia and almost all of it is bound for Asia. The vast majority for Japan and then secondly to China. Interestingly, there's another suite of industrial coal export facilities being proposed for the US Pacific Northwest. It’s kind of a similar trend of countries seeking to find ways to send more coal overseas to Asia. The markets there are really kind of insatiable, and those places are growing rapidly and coal is playing a big part of that development. And a place like Australia which is actually the world’s leading coal exporter is now looking for even more ways to send more of this coal overseas.

CURWOOD: How will these coal facilities have an impact on the reef?

MCDONNELL: Ship traffic coming around and actually through the reef would increase by as much as 50...almost 50 percent. This poses a great threat to the reef for a number of reasons, including the possibility of oil spills, potentially physical collisions with the reef, and then also a grave threat is the dredging of the ocean floor that would have to occur to build these ports and also clear a way for the ships to make their passage. The risk with the dredging is that it dumps a lot of extra sentiment and dirt, which blocks out the sunlight that the coral need to survive, because coral have algae that live within themselves that photosynthesize sunlight; that's how they get their food. When the sun is blocked out the coral can starve. 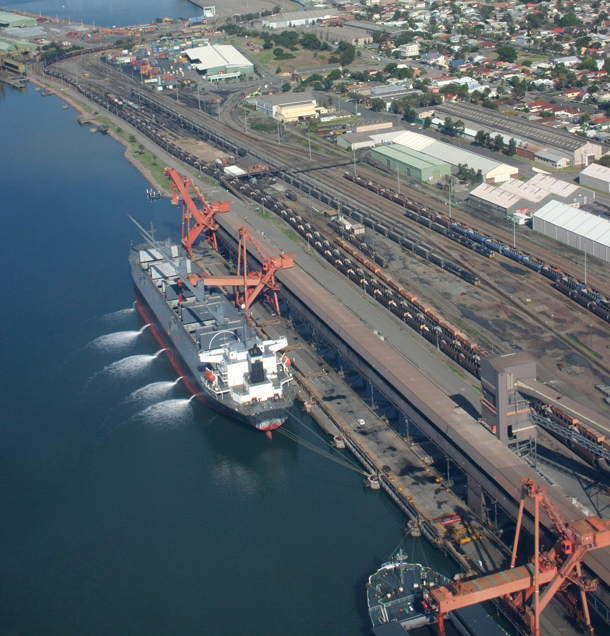 CURWOOD: How are people in Australia reacting to this news of these proposed facilities and the fact that UNESCO is all upset about it?

MCDONNELL: If UNESCO made the move to effectively demote the reef from World Heritage status to what they call World Heritage in Danger this would send really sort of an embarrassing signal to the Australian people and to tourists worldwide. The Great Barrier Reef is a $5 billion tourist industry in Australia. This demotion could send an embarrassing signal to tourists across the world that perhaps Australia is mismanaging its reef and is letting it maybe fall into disrepair or is putting it at risk to threats that could really damage its integrity.

CURWOOD: Where has UNESCO retracted World Heritage designation before?

MCDONNELL: There’s another coral reef in Belize where large chunks of it were sold off for development, and that caused it to be demoted on the list, and then also Afghanistan, this ancient Buddhist site that was sacked by the Taliban in 2001, you may remember, and that action caused that site to be bumped onto World Heritage in Danger list also. And so moving the Great Barrier Reef into association with those places...you know, it would be an embarrassing and sort of shameful setback.

CURWOOD: So how is the Australian federal government and the Queensland provincial state government responding to this challenge?

MCDONNELL: They say that they take the recommendations very seriously. They’re working on a plan to address these proposed industrial facilities with an environmental conscience. But it remains to be seen what will means specifically; they haven’t issued their response. And I think a lot of conservationists in Australia are sort of waiting eagerly to see what that will be.

CURWOOD: Overall, how is the great barrier reef doing these days?

MCDONNELL: The interesting thing about this whole UNESCO issue is actually that it comes kind of at the tail of a whole series of other problems. You know of course, reefs worldwide are under threat from a variety of things, including ocean warming; there's also ocean acidification which disrupts the coral's ability to build the bony structures of these beautiful rocklike forms that we all associate with coral. There's also overfishing, and in the Great Barrier Reef specifically, there's also an explosion of an invasive species of starfish called the Crown of Thorns starfish which actually eats coral. This invasive species has really blown up in the Great Barrier Reef and caused a huge problem. And so there's all these threats happening simultaneously. Now these industrial facilities and the threat of UNESCO demoting it to this World Heritage in Danger status could be the straw that broke the camels back.

CURWOOD: Now, of course, burning coal is considered one of the culprits in human-induced climate disruption. How are the Australians connecting the dots here?

MCDONNELL: There is a certain irony, of course, in that these facilities that are being proposed you know are largely to facilitate coal export, which is contributing to some of the very problems that the reef is already facing – acidification, ocean warming – these things are directly related to greenhouse gas emissions. 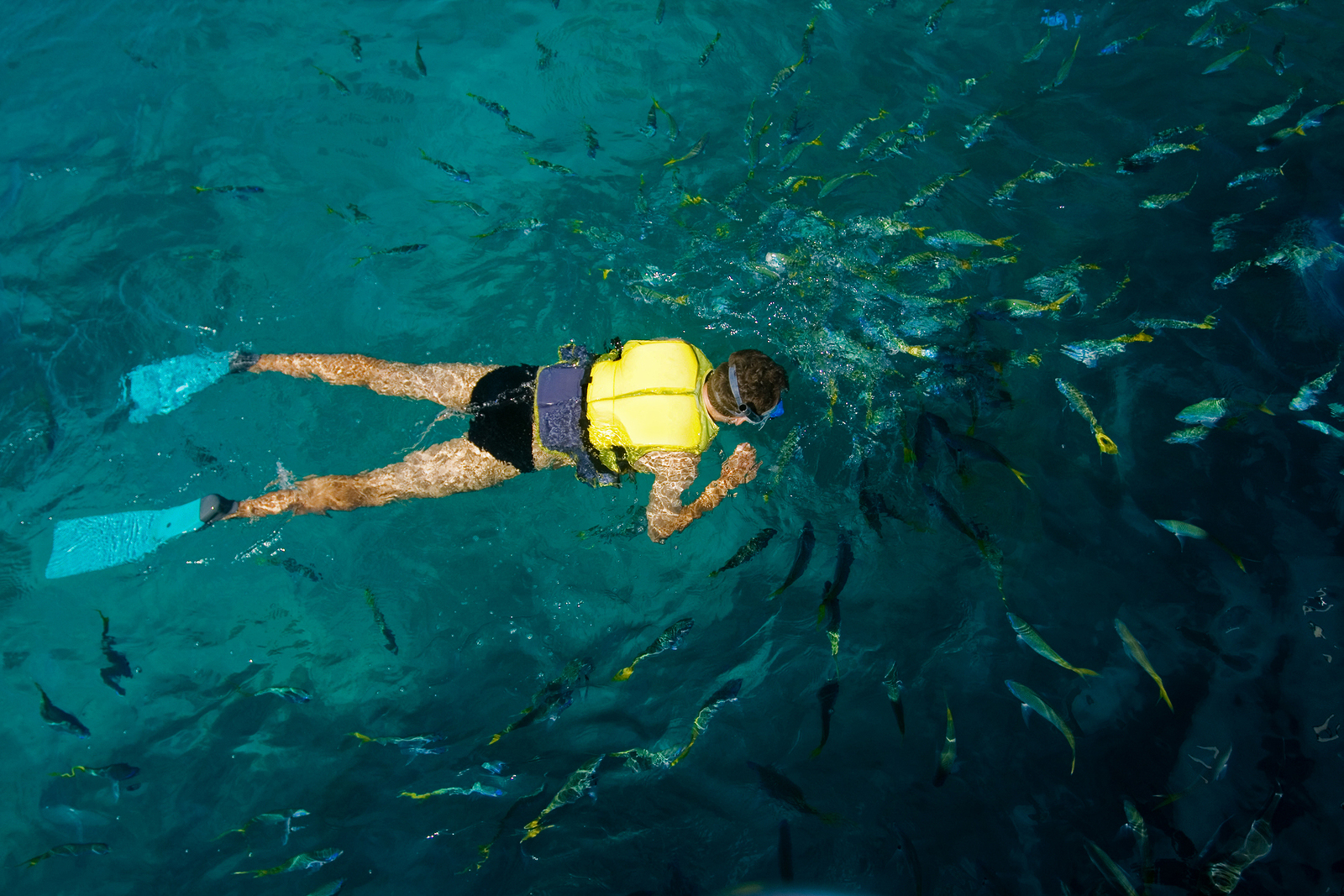 A tourist snorkeling in the Great Barrier Reef (photo: bigstockphoto.com)

CURWOOD: And not to mention the trouble Australia is having itself with the wildfires and the extraordinary floods.

MCDONNELL: Connect the dots is always a challenge for climate science communication. I think the Great Barrier Reef being could be a way to really bring this issue home to Australians and say, you know, that there are consequences to burning coal, to digging it out of the ground. There are consequences of that we're going to see in ways maybe we never expected like the loss possibly of our greatest national treasure, the Great Barrier Reef.

CURWOOD: Tim McDonnell is a associate producer with the climate desk at Mother Jones magazine. Tim, thanks for taking the time with me today.

MCDONNELL: Pleasure...thank you very much.

UNESCO on the Great Barrier Reef