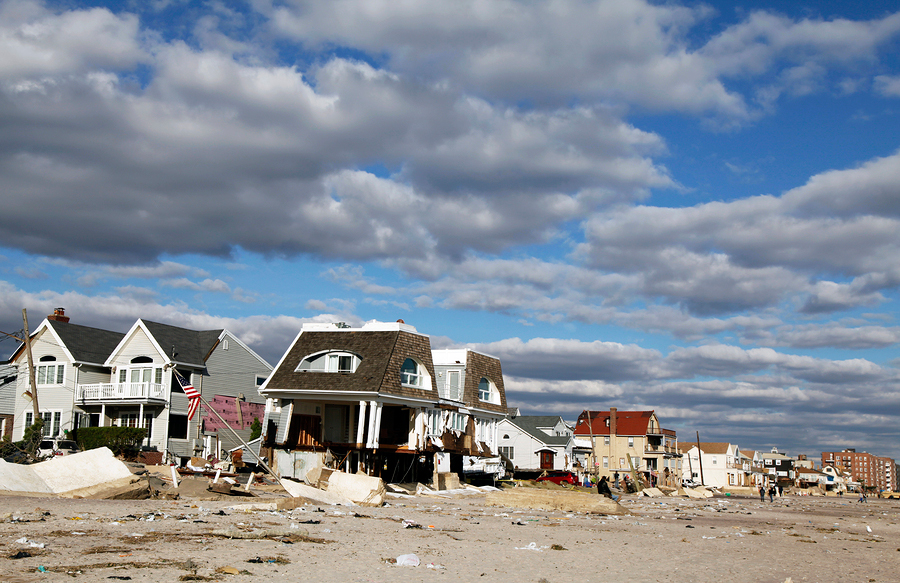 Damages from Hurricane Sandy caused record insurance losses in the US in 2012. (Bigstockphoto.com)

2012 Was the hottest year ever recorded in the United States as well as one of the most costly in terms of weather disasters like Hurricane Sandy. Ernst Rauch, head of the Corporate Climate Center for reinsurance company Munich Re tells host Steve Curwood that insurance companies are taking note of an increase in claims as a result of climate change.

CURWOOD: From the Jennifer and Ted Stanley Studios in Boston, this is Living on Earth. I'm Steve Curwood. Well, it’s official: 2012 was the hottest year ever recorded in the US and the second most severe in terms of extreme weather. It was also one of the most expensive years on record for damage caused by natural disasters, and 90% of the insured property damage around the world occurred right here in the United States.

We turn now to Ernst Rauch, head of the Corporate Climate Center for the re-insurance company Munich Re, to explain why the US was hit so hard by weather damage and why an insurance company needs a climate change expert.

RAUCH: Well, as a matter of fact, Munich Re is analyzing the impacts of climate change on our business, our insurance business, since the 1970s, so it’s more than 30 years. And the main reason is that we are one of the largest risk transfer companies when it comes to natural disasters, and that includes both meteorological disasters like wind storms and flooding, and obviously climate change already has already an impact based on our own data and research on the losses and development of losses of these terrors of the last decade.

CURWOOD: Now, I want to talk to you about a report that your company recently issued that points out that more than 90 percent of all insured property damage in the world occurred in the US last year. Why is that?

RAUCH: Indeed 2012, the national disaster statistics were dominated by weather extremes in the United States. Worldwide, we recorded some 65 billion dollars of insured losses from natural disasters, out of which, almost 60 billion were in the US. And in the US you had two major events: the one was Hurricane Sandy, and at this point in time, the insured losses alone for this event are at some 25 billion dollars.

The second major natural disaster was the drought affecting mainly farming businesses and the agricultural sector, out of which the insurance industry paid some 15 to 17 billion dollars. And that compares with an average payout in the agricultural sector of 9 billion. So, difference in losses between 15 to 17 and 9, that’s mostly attributable to the drought on the farming businesses in 2012. 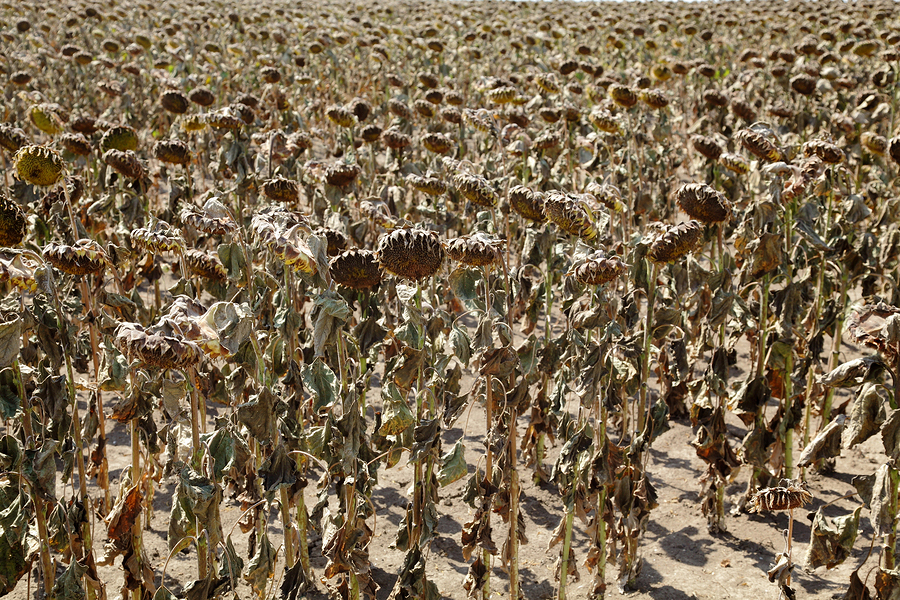 Agricultural damage from drought and record heat in the Midwest contributed to the high rate of insured losses in 2012. (Bigstockphoto.com)

RAUCH: In 2012, worldwide, the overall economic losses from natural disasters were at about $160 billion US dollars. So, there is a gap between the overall losses between $160 billion dollars out of which $65 billion were paid by the insurance industry. And the difference between these two numbers, that’s either actually either paid by government in terms of subsidies or loans, or they are paid out of private customers who have to carry by themselves the loss burden if they are not insured properly. Of the overall $160 billion dollars in economic losses worldwide from natural disasters in 2012, $110 billion dollars, were in terms of damage in the US alone.

CURWOOD: Why is the United States suffering so much economic loss from natural disasters?

RAUCH: Well, the US has all kinds of natural disasters. That goes from tropical cyclones like Hurricane Sandy to tornadoes… you have flooding events, hailstorm events, all kinds of meteorological events. And other parts of the world, if you think about Europe for instance, we do not have tropical cyclones like Hurricane Sandy - we have very little tornado activity, and that makes some regions, like Europe, less exposed to meteorological disasters compared to the United States.

CURWOOD: Well, these numbers have been going up over the years. Why is that?

CURWOOD: As we’re speaking, the horrific fires are sweeping across New South Wales and other parts of Australia. The local weather authorities had to add categories of heat warnings for folks… coming up with different color codes for their maps. One, I believe to reach to 56 degrees Celsius, which, for folks here in America, that’s like 133 degrees… what’s going on?

RAUCH: Yeah. What we currently see in Australia is…many places in Australia are new records in terms of high temperatures. This is now for the ongoing season, but if we go back just to 2012, all the United States experienced the warmest year on record. And these are the sorts of developments and records, which concern us as a risk-taker. Of course, this could already have a link to climate change, and will give us a bit of a forecast or insight into what could happen in a warmer world over the next decades and centuries. In a warmer world, we will most likely see more of these events.

CURWOOD: What would you like to see the US government do in terms of addressing climate change and mounting costs associated with it?

RAUCH: I think two tiers of a tragedy have to be addressed. One is the mitigation of future losses and the vulnerability of society, of cities, of people when it comes to natural disasters, and that can be done by improving building codes, land-use planning, and protection measures. And the second tier of a strategy is the reduction of greenhouse gas emissions. And this would only have a positive influence when it comes to our next generation - our children and grandchildren. Greenhouse gasses like CO2 remain for more than 100 years in the atmosphere.

CURWOOD: Ernst Rauch is head of Munich Re’s Corporate Climate Center. Thank you so much for taking the time today!

RAUCH: You’re welcome, it was a pleasure.

CURWOOD: And how much snow do you have there in Munich?

RAUCH: (Laughs). Right now it is only raining. So, we have absolutely no snow here in Munich – it’s green and grey and rainy and warm outside.


Munich Re on Natural Disasters in the US