Trouble for the King of Beasts 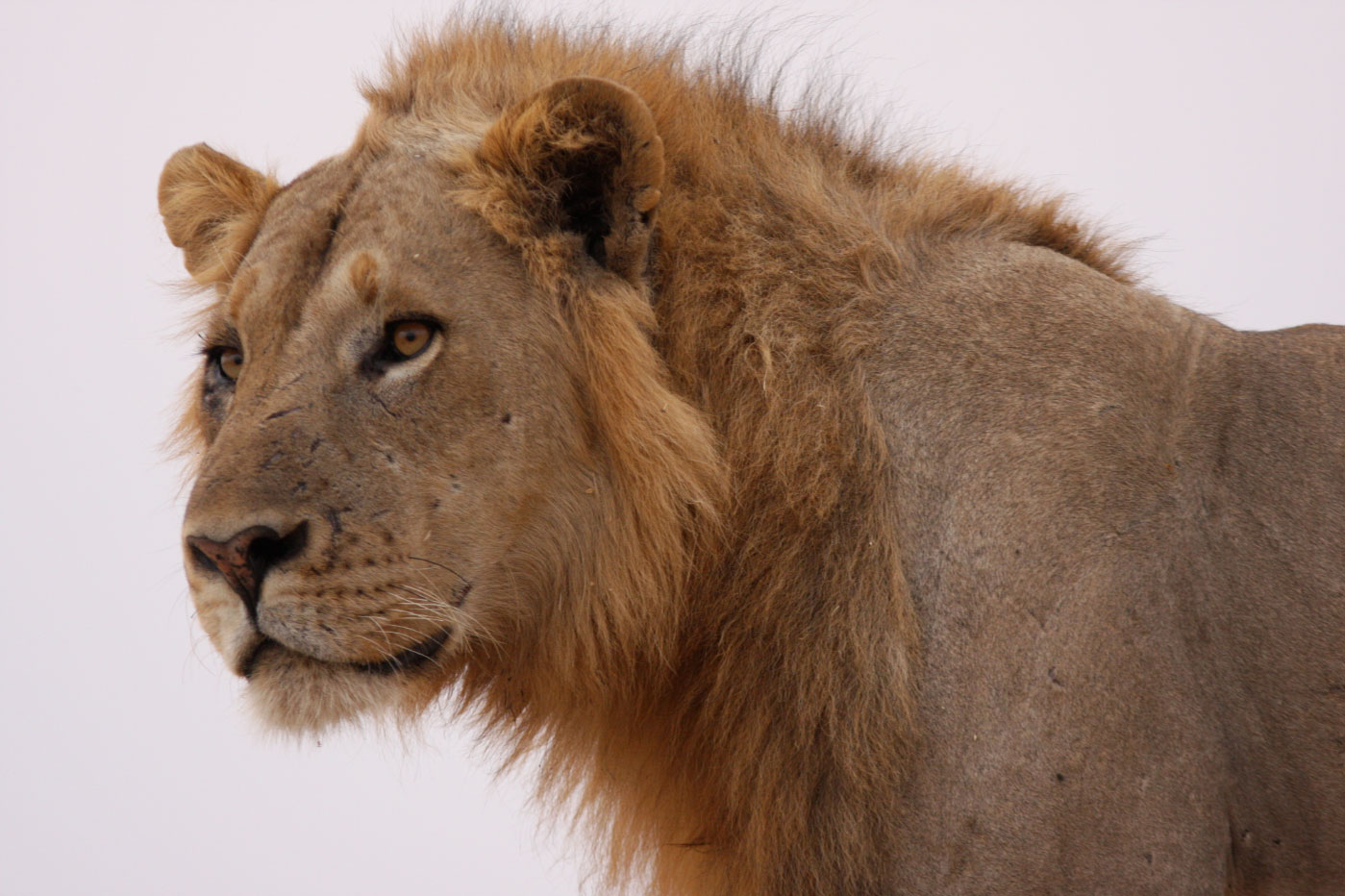 Lions are now more threatened than ever before. (Photo: Stuart Pimm)

The lion is now more threatened than ever before. Lion populations have dropped sharply in the last fifty years, largely due to habitat loss and poaching. Host Steve Curwood talks with Stuart Pimm, co-author of a new lion habitat survey and Chair of Conservation Ecology at the Nicholas School of the Environment at Duke University in North Carolina.

CURWOOD: It’s Living on Earth, I'm Steve Curwood. Secretary of State Hillary Clinton declared December 4th 2012 the first ever “Wildlife Conservation Day,” an occasion to think about and try to act to preserve the fast disappearing wild creatures around the world. Consider the lion. He may be the king of the beasts, but he's not escaping the onslaught. A new study has found that Africa's lions are more endangered than ever before. Here to talk with us is one of the study authors, Stuart Pimm. He is the Chair of Conservation Ecology at the Nicholas School of the Environment at Duke.

PIMM: I think the expectation is that savannah Africa is a large wilderness with lions chasing after zebras. The reality that comes out of our study is that from an area about a third larger than the continental United States only about 25 percent remains. Savannah Africa is in deep trouble and it’s in worse trouble in fact, than the world’s rainforests. And it’s those savannahs that lions depend upon, and so lions are in trouble. They’ve lost three quarters of their habitat and done so probably in the last 50 years.

CURWOOD: You said a huge amount of the savannah has disappeared, what’s happened to it? 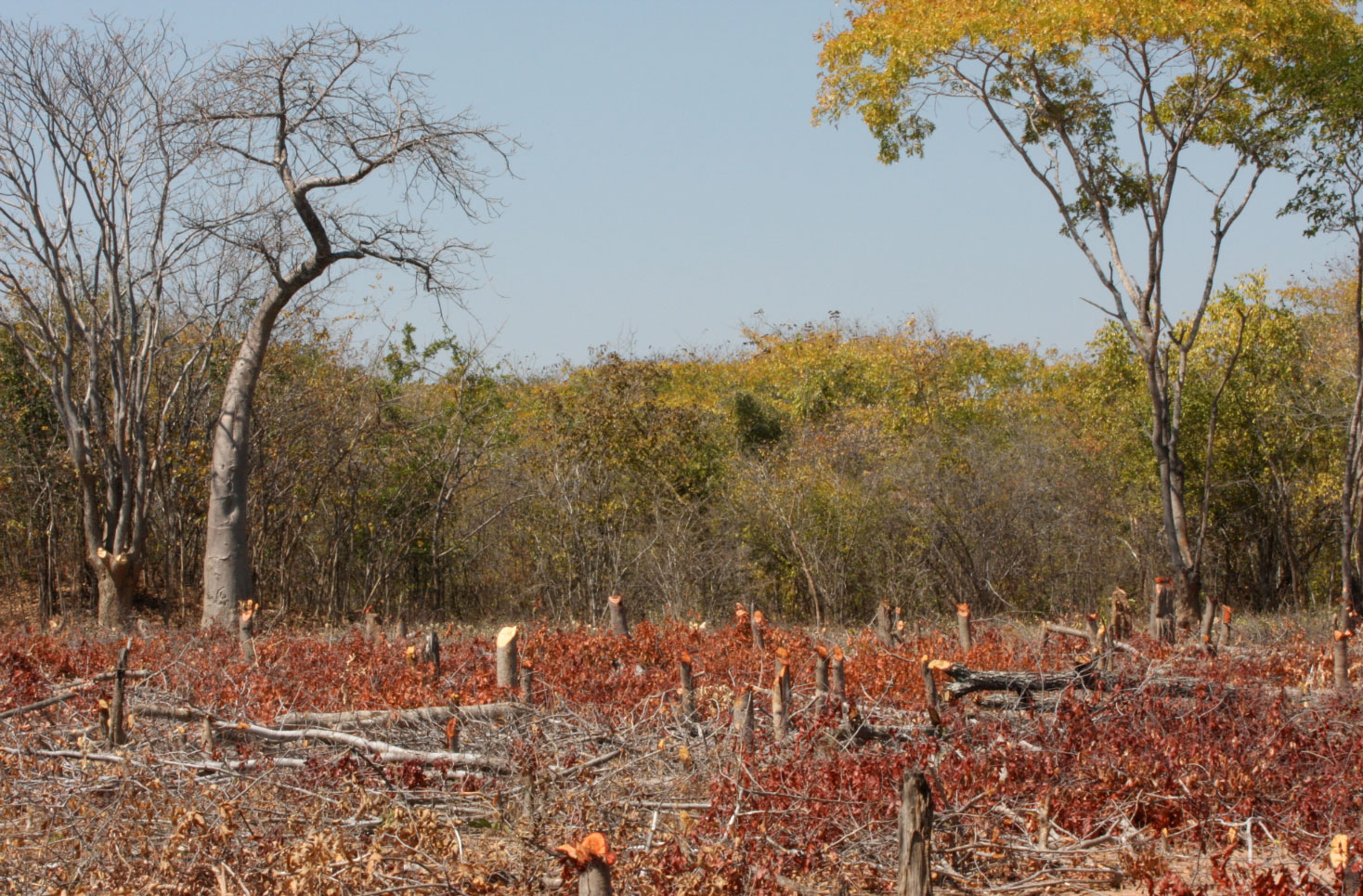 PIMM: We were able to take a really close look, a very detailed look at savannah Africa by using Google Earth. We were able, as it were, to fly over the savannahs of Africa as if we were in a small plane at a low elevation. We were able to identify which areas had been converted to human use. And large areas of west Africa were thought to be sort of OK, and when we take a really close look, we realize that most of that area was already converted to small scale croplands.

PIMM: We’re not totally sure of the estimates, but it seems that about 100,000 lions were roaming around 50 years ago… we’re now down to between 32 and 35 thousand.

CURWOOD: Now, which countries have lost their lions?

PIMM: Well, West Africa in particular is in bad shape. Almost no lions remain there. There was still strongholds of lions from South Africa through Botswana, Namibia, Tanzania, Kenya, but that’s a small fraction of the range of the lion.

CURWOOD: Now, what about the pastoralists? The people who live in the countryside and have livestock, and, well, there tends to be conflict sometimes with lions. 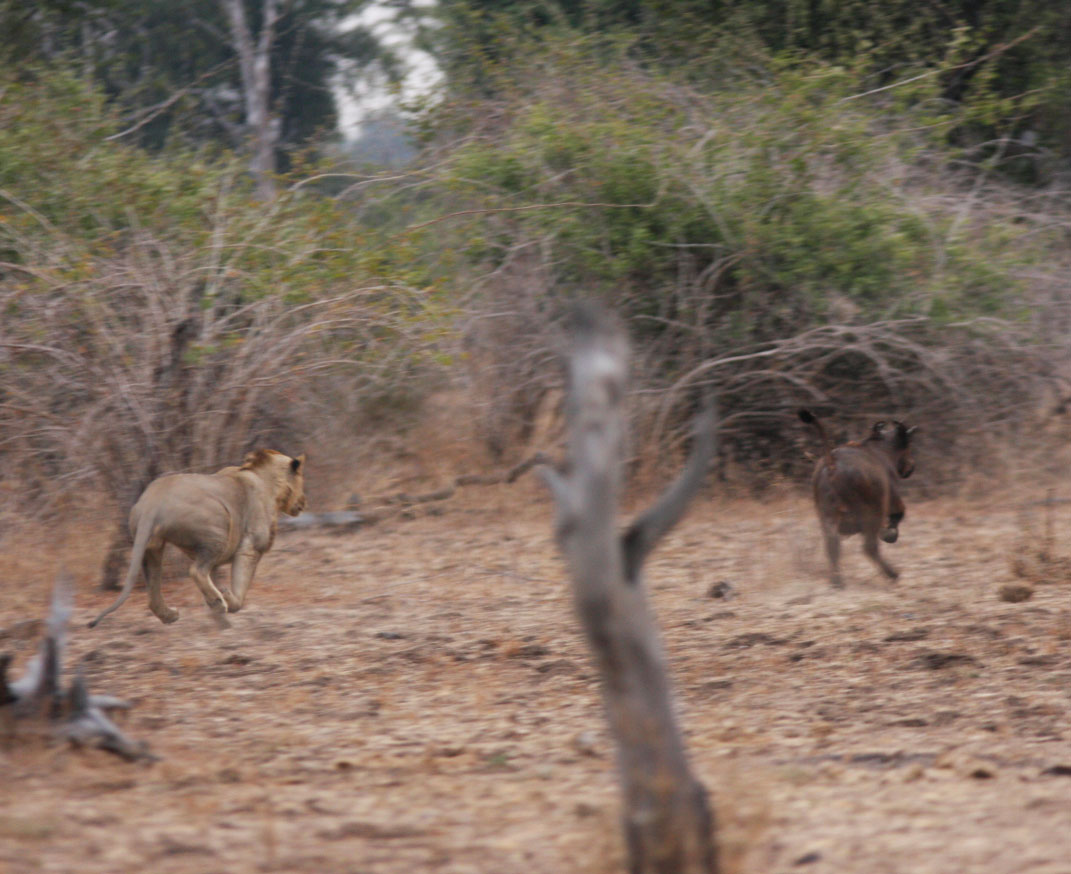 PIMM: Except in South Africa, the national parks are not fenced. And indeed, they can’t be fenced because of the fact that lions need huge areas, larger than the national parks themselves. A particularly good example of this is the work done by Dr. Laly Lichtenfeld who works out in Tanzania. She works in a community outside a national park. During the wet season the animals move out over an area four times the size of the national park and that’s where they have conflicts with people.

Herdsmen bring their cattle and goats into protected areas, protected corrals, we call them bomas. These bomas are rings of thorny bushes, and lions are smart and they get through the bomas and kill the cattle. And so in the morning, the villagers are appropriately irate, find the lions and kill them. So, what Laly and her team are doing is to build better bomas. She’s using chainlink fence, she’s planting thorny bushes interweaved into the chainlink fence.

These bomas that she produces are lion-proof. And if the lions can’t get in, they’re not going to kill cattle. You know, the people are quite happy for lions to be wandering around, as long as they’re not killing their cattle. So, there are ways, created ways, of minimizing the conflict between lions and people, and I think the really exciting story that’s happening across Africa is that people are developing that technique and other techniques to minimize that conflict.

CURWOOD: What do you think is the impact of sport hunting on lions today?

PIMM: Ah, that is a difficult and very controversial question. Kenya bans all hunting, while Tanzania allocates more of its land to hunting than it does to national parks. So, two countries with big wildlife populations are taking very different strategies, and it reflects the great uncertainties in what’s the best way to manage lions.

Hunters would argue that they bring in a substantial amount of revenue from their hunts, and that revenue encourages Tanzania to allocate large areas for lion hunting and therefore protecting the lions. Kenya thinks that having lion hunts is a bad thing. The problem for which we do not have a good answer, is certainly if lion hunting is sustainable, then it protects large areas of countryside. We don’t know if it’s sustainable or not. And the evidence points to the fact is that in some places, lion hunting has caused lions to decline.

CURWOOD: What about poaching?

PIMM: It’s hard to say. I mean, poachers don’t check in and let you know how many animals they’re killing. There’s a lot of money to be made from it. Lion body parts are being exported as the nearest, best thing to tiger parts, which is the cause of tigers being hunted nearly to extinction. But it’s a major worry, clearly it’s a major worry for other African animals such as rhinos and elephants.

CURWOOD: African wildlife is under attack, it would seem… a decline in lions, a loss of elephants, rhinos, many other creatures. In your view what’s going on and what needs to be done in order to reverse the trend? 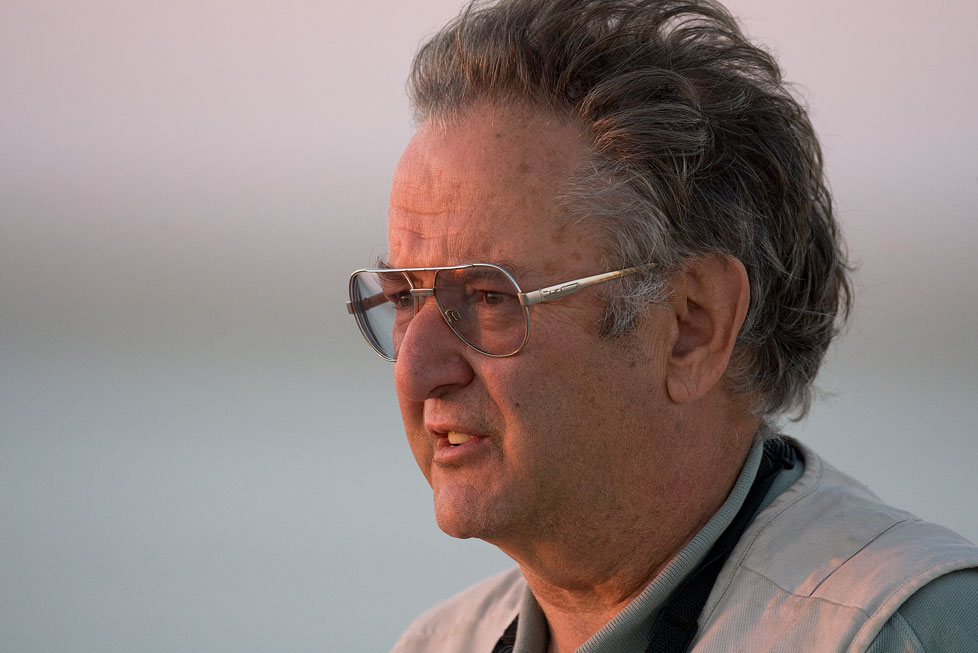 PIMM: Well, African wildlife is under considerable threat. And even if one never is lucky enough to go to Africa, I think we all value a world in which, as Dorothy puts it in Wizard of Oz, ‘lions and tigers and bears, oh my!’ We’ve got national parks, but we’ve got to work out these solutions of allowing wildlife to roam over much larger areas than the national parks. So, that’s the solution, it’s not an easy one, it’s one where we have to bring in the people in the local communities as our partners and work out what the best local solution is.

CURWOOD: Stuart Pimm is the Chair of Conservation and Ecology at the Nicols School of the Environment at Duke University. Thank you so much Professor Pimm.

PIMM: Thank you for inviting me onto your program.