As one of the hottest years on record comes to a close, the CIA has decided to shutter its Center on Climate Change and Security. Joe Romm, senior fellow at the Center for American Progress, discusses the closure of the center and the future of environmental security with host Steve Curwood.

CURWOOD: From the Jennifer and Ted Stanley Studios in Boston, this is living on Earth. I'm Steve Curwood. The annual U.N. climate talks are underway in Doha, as delegations from around the world negotiate potential solutions to the global climate crisis. It will be another week before it is clear if meaningful progress has been made or not.

But scientists say the world isn’t waiting for humans to act. One of the more startling scientific reports presented at Doha — based, so far, on preliminary data – suggests that emissions from the melting Arctic are heading for a tipping point that could lead to runaway warming.

In the meantime, without fanfare, the Obama Administration has recently axed the Center on Climate Change and National Security at the Central Intelligence Agency. Joe Romm is a Senior Fellow at the Center for American Progress who watches climate issues closely - and he joins us to discuss this spooky business. Hello there!

CURWOOD: Now we understand that the CIA has shut down its center for climate change and security – why did they have the center in the first place, do you think?

ROMM: Well, there has been increasing awareness in the intelligence community and the Pentagon that global warming and climate change was going to have an impact on US national security interests. Whether it is military bases that are seeing sea level rise or countries that are subject to worse droughts and famines, so, you know, I think many countries around the world had come to the view that climate change was going to have a big impact on security.

CURWOOD: Why shut this unit down now?

ROMM: Apparently the unit didn’t have much support when Panetta left and General Petraeus took over at the CIA. Petraeus was very focused on terrorism, and there’s a lot of congressional Republicans, who, you know, deny climate science and therefore attack any action by the federal government to study climate change and its impacts.

CURWOOD: Some suggest that the CIA shutting down its Center for Climate Change and Security is a budget matter. What’s your analysis?

ROMM: Well, I think that everyone knows that budgets are under duress. We have this fiscal cliff, in all likelihood, discretionary spending, even for intelligence, is going to be cut. Some were saying that the CIA was trying to make nice with Congressional Republicans and not continue this center that kind of annoyed them.

CURWOOD: Greenwire published a statement that they attributed to Senator John Barrasso, a Republican from Wyoming, saying, “Closing the Climate Change Center a the CIA is the right decision. It’s critically important for the CIA to focus its resources on terrorism and keeping Americans safe.”

ROMM: The entire US Intelligence budget is $75 billion dollars, so I think there is clearly money available to be looking at these longer-term global threats like climate change. But you know, after seeing what hurricane Sandy did to New York and New Jersey, and imagine how these super storms are going to be like when they hit poorer countries that don’t have the kinds of resources that we do – I don’t think that anyone can say that we should ignore the threat of climate change.

CURWOOD: To what extent, Joe Romm, do you think that the United States recognizes climate change as a security threat? 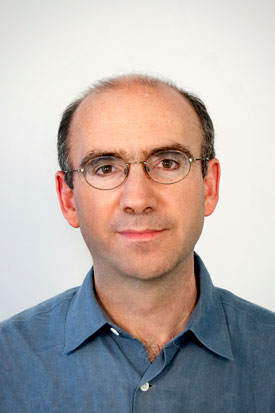 ROMM: I think that there’s no question that the security establishment understands that climate change is a threat and a growing one. You know, the World Bank, for instance, just issued a report saying we are headed towards a series of pretty catastrophic impacts if we don’t reverse carbon pollution trends. And the Pentagon has certainly looked at the impact of sea level rise and drought.

Yeah, I think the security establishment is aware of it, but until the federal government, until there is broad acceptance by not just Democrats, but conservatives and the like, that one can start publicly talking about climate change and the threat that it poses, it’s always going to be hamstrung in how much it can do.

ROMM: Well, it’s a good question. These things are always dependent on the individual involved. Clearly the number one job of the Central Intelligence Agency has got to be to prevent terrorist attacks on the US and its national interests around the world. But, as even Barrasso said, the goal of the intelligence apparatus is to help make Americans safer and more secure. And, since global warming is clearly a growing threat to our security, both directly and through how it affects countries that we have an interest in, we need to focus the CIA’s and the Pentagon’s thinkers on climate change.

ROMM: Closing the center was absolutely a mistake. If the intelligence apparatus in this country with its $75 billion dollar budget can’t have a small center to study one of the gravest threats facing the world, that’s a pretty sad state of affairs.

CURWOOD: Joe Romm is the Senior Fellow at the Center for American Progress in Washington, thanks so much, Joe!

ROMM: Thanks for having me!