The nation’s first and only voluntary carbon trading market, the Chicago Climate Exchange, has closed its doors. But all is not gloom and doom for trading emission credits. Host Bruce Gellerman talks with Emilie Mazzacurati from Point Carbon.

GELLERMAN: Officials halted online trading of carbon emissions credits in Europe after discovering millions of dollars worth of permits had disappeared. The cyber attacks were detected in accounts in Greece, Austria, Poland and Estonia. But here in the U.S we have problems of our own.

On December 31st trading in carbon credits was halted… permanently. The nation’s first and only voluntary carbon trading market has gone the way of the dodo. The Chicago Climate Exchange offered companies the chance to buy and sell greenhouse gas emission credits, so they could voluntarily reduce their carbon footprint. With the exchange gone, we turn to Emilie Mazzacurati. She’s head of research in North America for The Thomson Reuter company Point Carbon.

MAZZACURATI: The Chicago Climate Exchange was a very peculiar system in that it was a voluntary program, a sort of a club, for private companies who wanted to get a heads up and start practicing what it would be like for them to be in a cap and trade program. And so it was set up to start in 2006 and finish in 2010. So the question that managers and the directors of the company were facing right now is, should we renew the program or has the program reached its goal, and reached the natural end?

And, over the past couple of months, if not years, as the debate really shifted from voluntary to having federal regulation or having states implement their own cap and trade program, the market itself had seen a big drop in activity, a big drop in prices, and therefore it seemed like a natural end to just wrap up the program.

GELLERMAN: You had some really big companies involved in the exchange: Motorola, Ford, IBM, Dupont. Why would a company put real money on the table for something that they didn’t have to buy and sell?

MAZZACURATI: Well, so, there are several reasons why companies would do that. The first one, I think is worth mentioning, is understanding how the market works and getting their systems set up internally, growing their expertise internally, so that it would be ready to manage a real exposure in a real market when it comes down the line. And that’s worth a lot of money, so that’s worth investing into. Then of course there’s the value in terms of being an early mover in terms of corporate social responsibility--showing you are actually reducing your emissions, even when you are not being forced to, and that you could score points with the public and with shareholders. 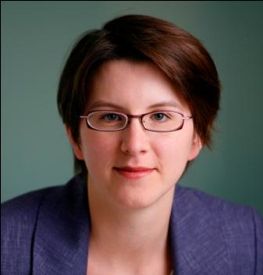 GELLERMAN: So you have at least a temporary demise of the Chicago Climate Exchange, and the EPA recently announced that its Climate Leaders Program, which was also a voluntary program to have companies announce their emissions and work towards lowering them, it was eliminating that. Are companies just giving up?

MAZZACURATI: I actually think there are very different things going on here and that it may not be the bad news that you think it is at first. The Chicago Climate Exchange played its role in pioneering cap and trade in the United States, and the next natural thing to happen, happened, which is regulators picked it up and moved on and appropriated the idea and have developed it into their own compliance program.

When it comes to the EPA, they’re rolling out their mandatory reporting greenhouse gas program. That’s going to start this year, which means starting March or April 2011, we’ll have very comprehensive emission data by facility, by company, across the United States for the first time ever. And this is going to replace the voluntary reporting of emissions that was the program that they recently shut down.

GELLERMAN: So a lot of states have cap and trade programs; the federal government doesn’t.

MAZZACURATI: Yes there is a lot of activity right now at the state level in particular. At the federal level I think we all know that the prospects for climate regulation in the coming two years are not exactly very good, but in California, in Oregon and Washington, in the northeastern states, there’s a lot of work being done to establish or continue running carbon markets.

So the role of the CCX which was to be sort of a pioneer and nudge states and regulators towards having their own programs has been fulfilled, has been achieved, they’ve reached their goal in a way. There is a carbon market in the Northeast. There’s going to be a carbon market in California in just a year from now, and there isn’t necessarily a need for a voluntary program anymore.

GELLERMAN: Those northeast states that you talked about they’re called RGGI, am I right?

GELLERMAN: The Regional Greenhouse Gas Initiative? And the one in California is interesting because it’s going to be trading with Canada, which means you have a state doing international carbon trading.

MAZZACURATI: Precisely! And what’s interesting with California too is that they’re very ambitious. They’re very aggressive, they’re a very large state as you know, they’re bigger than many countries in the world, so their doing this is very significant. And it’s significant not only because you will reduce emissions, because it will and it is building those bridges with Canada, with the early movers in Canada and setting up the system for those companies to reduce emissions at the lowest cost.

But it’s also going to force the debate to remain active and to remain on the table at the federal level because companies will be regulated one way in California, regulated another way in New York state, and maybe not regulated in a third state. At some point there is going to be a need again for a federal policy that sort of harmonizes this.

GELLERMAN: So, the federal government whether it politically likes it or not is going to be forced into a carbon market, do you think?

MAZZACURATI: I think eventually we’ll come around and do something on climate, not just because companies will request and will prefer to have a standard federal policy rather than a patchwork of policies across states, but also because I think at some point the physical reality of climate change is going to catch up with us.

It’s not looking good right now, but politics change really fast. You don’t know where you’re going to be in two years. There’s going to be a new presidential campaign, there’s going to be a new Congress, it could very well be picked up in just a few years from now, and essentially that means that we’d come back to having a discussion on cap and trade and market mechanisms by 2012, 2013.

MAZZACURATI: Of course, thank you for having me!