President Obama says he wants to get rid of regulations that aren’t worth the cost. But, as Living on Earth’s Jeff Young finds out, with several major clean air rules pending, a debate rages about whether those regulations cost jobs or create them.

GELLERMAN: President Obama’s byline recently appeared in an unlikely place: the opinion page of the Wall Street Journal. The President wrote about his new executive order calling for a review of regulations to make sure they’re cost effective. The Journal’s editorial writers frequently attack the Obama administration for proposing what they call onerous and job-killing regulations.

But as Living on Earth’s Jeff Young reports, the economic impact of those regulations is subject to debate. In fact, some analysts say tougher rules could create more jobs.

YOUNG: The President’s executive order calls for a government-wide review of rules on the books and a common sense approach to new rule making. In his Wall Street Journal opinion piece the President writes the mission will be to, quote, “root out regulations that conflict, that are not worth the cost, or that are just plain dumb.” 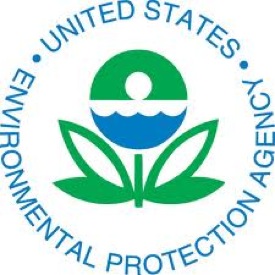 The target audience -- the business community -- responded with polite and hopeful statements. The US chamber of commerce called it a “nice first step” but then called for more “fundamental reform of our broken regulatory system.” The President drew a harsh response from some progressive and environmental groups.

STEINZOR: I found it very disappointing.

STEINZOR: Well, we all watched with horror the spill in the Gulf of Mexico, which was preceded by a fireball that killed 11 people, collapsing mines killing 29 people, cadmium in Shreck glasses, salmonella in peanut butter. I don’t think over-regulation is the problem; it’s under-regulation.

YOUNG: Steinzor worries what a new stance on regulations might mean for pending decisions on public health and safety. That’s a concern shared by Frank O’Donnell at Clean Air Watch, an environmental watchdog.

O’Donnell says EPA has already recently postponed final rules on toxic emissions from industrial boilers and smog-causing ozone. And deadlines are approaching on rules for mercury emissions, soot and the downwind drift of pollution.

ODONNELL: The White House and the EPA are going to be looking over several very, very major standards that will determine the course of clean air in this country for a long time to come. And the White House is going to have to let the EPA do the right thing here or else it’s going to lose a lot of credibility.

GATTTUSO: I think it is a shift in tone. It is certainly a recognition by the President that there is a lot of a concern around the country that regulation has gone too far.

YOUNG: To illustrate the point, Heritage produced this spoof video, in the style of an old educational filmstrip:

ANNOUNCER: Hey there, Jimmy! So you want to learn how to kill jobs and burden the economy with onerous regulation?

JIMMY CHARACTER: Wait, what? No, those do not sound…

INHOFE: (Sen. James Inhofe, R, OK) Now, with the Obama administration in, they are just regulating us out of jobs in America.

YOUNG: And on Fox news:

YOUNG: Those critics point to economic forecasts of dwindling jobs as regulations pile up. But many economic analyses of the environmental proposals in question do not show widespread job losses. 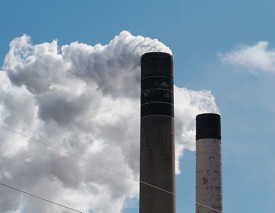 Cicchetti found that pollution costs downwind businesses some 5 billion dollars in lost workdays and lower productivity. But the real eye opener is the job impact. Cicchetti says the rule won’t kill jobs—it will create them.

CICCHETTI: The best stimulus we could do to the economy, in effect creating well over a million new jobs, is to get serious about environmental compliance. It’s just the opposite of the argument that we can’t afford to do anything about the environment when the economy is tough.

Now’s the time to do it because we have unemployment, particularly in the construction industry, we have unemployment in many of the areas where these electric power plants and refineries are located and that would need to employ people to bring about those improvements.

YOUNG: Now, Cicchetti doesn’t dispute that cleaning the air will be expensive. This rule could cost 3 billion or more a year. But he says the affected companies—large electric utilities and oil refiners—can afford it. Many have reported record profits while delaying necessary investments in pollution controls. And if you’re dismissing this study as the product of just another liberal think tank, think again.

CICCHETTI: I am a conservative Republican. In fact, when I was at USC I was faculty advisor to the campus Republicans.

Heritage Foundation on costs of regulation