In response to taste complaints, officials at the University of North Carolina at Chapel Hill tested water in the college’s brand new buildings. To their surprise they found lead in the water. Host Bruce Gellerman talks with Marc Edwards, a civil engineering professor from Virginia Tech University. Edwards was called in to find out where the lead was coming from and how to remediate the problem.

GELLERMAN: It’s Living on Earth, I’m Bruce Gellerman. Officials at the University of North Carolina at Chapel Hill recently discovered something disturbing. The water coming out of dozens of brand new water coolers in their brand new building on campus had dangerously high levels of lead. It didn’t make sense. Lead’s a potent neurotoxin that was banned from pipes and solder used in plumbing decades ago. So where was the lead coming from? Marc Edwards, a professor of civil and environmental engineering at Virginia Tech, was called in to investigate. Professor Edwards, welcome to Living on Earth!

EDWARDS: Thank you for having me!

GELLERMAN: So, where was the lead coming from? 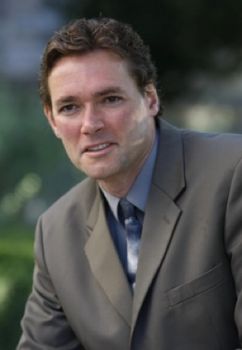 EDWARDS: Well, the only source of lead left in new construction has to do with brass fixtures. And these include your faucet at the kitchen and also intricate plumbing devices such as ball valves and water meters that are used on the path as the water flows to your tap.

GELLERMAN: Well, how did they discover the problem?

EDWARDS: Initially, some of the students and faculty in the building had complaints about the taste and odor of the drinking water. And, when they went to investigate, they were shocked to find that about 20% of the samples that they tested were over federal standards for lead.

GELLERMAN: Brass, if I’m not mistaken, is a combination of copper and zinc, right?

EDWARDS: Correct, but lead is added to improve that machine ability of the brass material. And, Congress in its wisdom, while it banned lead pipes and lead in solder, they chose under the safe drinking water act to define lead-free brass as anything that contains up to eight percent lead by weight. So, even to this day, it’s still perfectly legal to install brass that weights eight percent lead in brand new buildings.

GELLERMAN: So this lead was leaching out of the brass fitting?

EDWARDS: Uh, that’s correct. And, in some cases, the brass leach is much, much more than in others, depending on the device and the specific alloy.

GELLERMAN: So my guess- these water coolers weren’t the only ones to have this problem.

EDWARDS: Oh, by no means. We have sampled in several new schools around the country, and have found even in elementary schools, brand new buildings, a disturbing percentage of the lead collected from the taps over federal guidelines.

GELLERMAN: Oh, that’s trouble because kids are particularly susceptible to the neurotoxin lead.

EDWARDS: That’s correct, and that’s why this is such a concern.

GELLERMAN: So, what’s your guesstimate in terms of how wide spread this problem is?

EDWARDS: Well, we really don’t know because right now because no one is requiring testing. What makes the situation at UNC Chapel Hill so unusual is they had very conscientious administrators who adopted a zero-tolerance policy, and it’s only because of this policy that we detected this problem. In most cases people just assume that the water is safe.

GELLERMAN: Now these brass fittings, they met the federal standard.

EDWARDS: Yes, they did, and that’s what makes this so disconcerting. What we discovered that was on the surface, the contact with the water, we found lead levels as high as 18-20 percent by weight. So, it legally met the under-percent standard of the U.S. Congress, but, practically, it was as if these devices contained 18 to 20 percent lead.

GELLERMAN: So, lax standards, and lax inspections and oversight then.

EDWARDS: Well yes, there’s another standard, a performance standard, that these devices are supposed to pass that is designed to ensure that they should never leach lead at levels that constitute a health threat. But, about five years ago or so, we discovered that these tests, under the guides of the National Sanitation Foundation were so lax that it was akin to doing crash testing of cars into a wall of pillows. And, we showed that pure lead devices could pass their standard and so passing the tests meant nothing whatsoever in terms of how they actually perform. And so what we saw in UNC was a very clear and dramatic example of our earlier concerns that devices were being certified as safe when they were anything but.

GELLERMAN: So, in your expert opinion and experience, what needs to be done?

EDWARDS: Well, there’s currently a law sponsored by the Environment Public Works Committee of the U.S. Senate that will define lead-free as something far, far less than eight percent lead in the device that’s legally allowed. There’s discussion of only allowing zero point oh-two-five percent lead in surfaces that contact the water. And, if we had that standard, we would no longer have these problems. And, in a new building we could assume that the water is safe from elevated lead.

GELLERMAN: Just this past weekend, I put in a new faucet in one of my bathrooms, and should I be worried?

EDWARDS: Well, it’s quite common, that for a period of time, it could last anywhere from a week to a month or so, that the lead is elevated when you install a new faucet in your bathroom or kitchen. What made this most recent case so unusual is that the high lead persisted at levels 20, 30 times the federal standards for months and months and months. No matter how hard we tried to fix the problem, we couldn’t, until we went in and found this one particular device and eventually removed it.

Brass plumbing is allowed to contain up to 8% lead. Researchers have found lead leaking into our drinking water. (Photo: Wikipedia Creative Commons)

EDWARDS: Well, that’s what makes it so difficult. It might only affect one out of a hundred or one out of a thousand taps with these very, very serious problems. But they’re extraordinarily difficult to remediate because once this plumbing is installed, of course it’s behind walls and in crawl spaces-- even knowing that the problem existed, it took us 30,000 dollars of staff time and effort to find this defective device and remove it form the system so it could no longer pose a danger to public health. So, I don’t have the answer right now, but the first step is to recognize that these problems can and do exist and we should be alert to them.

GELLERMAN: Well Professor Edwards, than you very much, I really appreciate it.

GELLERMAN: Marc Edwards teaches at Virginia Tech. He and Carolyn Elfland from UNC Chapel Hill solved the mystery of the campus water coolers. Their findings are in the latest issue of The Journal of the American Water Works Association. And there’s a link to the study on our web site L-O-E dot org.