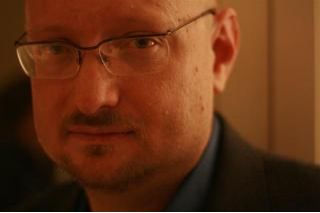 Geo-engineering, the concept of altering the environment to mitigate climate change, has gone from fringe idea to the subject of Congressional hearings. Yet many scientists remain skeptical that it can be done safely. Jamais Cascio, author of “Hacking the Earth,” tells host Jeff Young that geo-engineering is ripe for ethical problems, chief among them international political conflict.

YOUNG: Well, a controversial approach to climate change will get a hearing in the House Science Committee Thursday – geo-engineering. That’s the idea that we could offset some effects of global warming by intentionally altering the atmosphere. Long considered a fringe idea, geo-engineering is gaining more mainstream attention. Futurist Jamais Cascio – one of Foreign Policy magazine’s top thinkers of last year – wrote a book about geo-engineering called “Hacking the Earth.”

CASCIO: The idea here is that you can put megatons of sulfur dioxide particles into the stratosphere and that would have the effect of blocking out a very small percentage of incoming sunlight, about two percent is usually what people talk about. It would be enough to suppress temperatures.

Now, we know this can work because it’s actually happened before naturally. It’s actually one of the side effects of big volcanic eruptions. So, when Mount Pinatubo erupted in 1991 you actually had, for about a year, a global reduction in temperatures of about a half a degree centigrade. 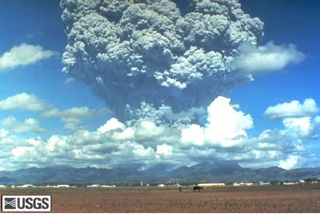 YOUNG: What do you made of geo-engineering as an option for dealing with climate change?

All they do is suppress this one particularly bad symptom. Anyone who thinks that this is a solution is woefully mistaken. It is as much of a solution as taking drugs to suppress the worst aspects of adult-onset diabetes. Yes, it keeps you alive, but it’s not solving the problem. What solves the problem is to change your lifestyle.

YOUNG: From what I hear you saying about it, it sounds like it’s kind of the thing we might want there in case of emergency, break glass kind of scenario.

CASCIO: Exactly. It is very much a last ditch response because it has such incredible potential for its own set of problems. There are a number of models that suggest that this kind of geo-engineering would actually cause droughts in South Asia – essentially really decrease the annual monsoonal rains, which are a big part of the environmental cycle in South Asia.

There’s a certainty that this kind of geo-engineering would damage the ozone layer. And ultimately, the biggest issue is actually not physical, not chemical, but political because this is something that it doesn’t take a worldwide response to do. It’s potentially cheap and easy enough that one country – you know, it doesn’t even have to be a big power like the United States or China – one country could do it.

Now, when you have this kind of technology that would enable us to make alterations to the planetary climate, you’re going to inevitably have political conflicts between the different kinds of states and institutions and powers about the use of this technology about what the end goal would be. It’s an enormously complex situation and something that we simply do not want to get ourselves mixed up in unless it is literally the only choice we have to avoid certain disaster.

YOUNG: What do you think is the likelihood that we might need a geo-engineering approach?

CASCIO: I think it’s more likely than not, unfortunately because…

YOUNG: Now wait a minute, you spent all this time telling me how it’s a disaster, now you’re saying we might have to use it?

CASCIO: Well, yes. It’s because over the past few decades we simply have been ignoring the problem of global warming. We’re in a situation where we simply no longer have the best option available to us. The best option would have been to deal with this 20 years ago.

And so, what we’re stuck with are a selection of less good options. Are we talking rapid decarbonization and what that’s going to the economy? Are we talking about making major changes to our energy infrastructure? Useful, but again, disruptive. These other alternatives are so seemingly unpalatable. It’s very likely that we’re going to be stuck in a situation where we will feel ourselves forced to take radical action.

YOUNG: What’s the morality of that? What are the moral hazards of making a choice like that?

CASCIO: There’s the moral calculus of how many millions of people are you willing to let die? Under a geo-engineering scenario, well, there you have the high likelihood of droughts in South Asia. You know, India has 1.2 billion people. If you don’t engage in geo-engineering, well, what happens when you have droughts, and wildfires, and massive storms, and pandemic disease, and refugees, and warfare over dwindling resources; sort of go down the list here.

YOUNG: Jamais Cascio, thanks very much.

CASCIO: Thank you for having me.

YOUNG: Just ahead – a closer look at what EPA calls ‘chemicals of concern’ – keep listening to Living on Earth!