Smoke Gets Under Your Skin 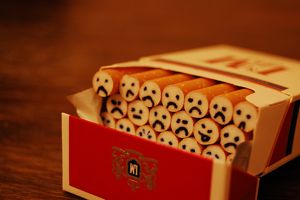 Smoking is bad for you no matter what your color of skin, but dependence may increase with darkness. (Photo: Mendhak )

Everyone knows that smoking is bad for your health. But new research shows that it may be worse for smokers with dark skin. Dr. Gary King at the Penn State University has discovered a binding between nicotine and melanin. Living on Earth’s Ike Sriskandarajah reports.

CURWOOD: Forty-five years ago the US Surgeon General reported that smoking is bad for your health. The message has sunk in: over 40 percent of Americans smoked then but now only about 20 percent do.

But new research says just how addictive smoking is for you depends on the color of your skin. Living on Earth’s Ike Sriskandarajah reports.

SRISKANDARAJAH: What would you say if I told you that the darker your skin is, the worse smoking is for you and the harder it is for you to quit?

VOX POP: Okay, so the more pigment I have in my skin, the worse smoking is for me- I’d say…
Is that scientific? You’re going to have to give me that information or back it up because to me that doesn’t make sense.

SRISKANDARAJAH: NO - the link’s not obvious - but Dr. Gary King from Pennsylvania State University is happy to explain his research. 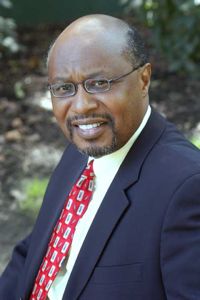 Dr. King is a medical sociologist and a professor in the Departments of Biobehavioral Health and Sociology at the Pennsylvania State University.

SRISKANDARAJAH: He studies nicotine, which is the highly addictive stimulant that makes people crave cigarettes. And melanin, a compound your body makes that determines how dark you are. And he found a connection.

KING: In simple terms what we have discovered is that there is a binding between nicotine and melanin.

SRISKANDARAJAH: That means the melanin is strongly attracted to nicotine.
The way it works is when you light up a cigarette.

[SOUND OF LIGHTING A CIGARETTE]

SRISKANDARAJAH: And take a drag.

SRISKANDARAJAH: The tobacco and all the chemicals created when it burns go in your mouth, into your lungs and the rest of your organs including your biggest organ … skin

KING: Skin does react to like every other organ in the body unto nicotine and the other 4,000 chemicals that are consumed when one actually smokes.

SRISKANDARAJAH: Inhaling thousands of chemicals is not a good idea. But it is especially bad for people with dark, melanin-rich skin. That’s because melanin grabs and hangs onto the nicotine.

KING: And that binding process in and of itself may lead to greater dependence.

SRISKANDARAJAH: Greater dependence means it’s much harder for darker skinned people to kick the habit. In fact white smokers on average are 15 percent better at quitting than blacks. Even though whites typically smoke about five more cigarettes a day.

KING: Nicotine doesn’t remain in the body for an extended period of time, which is one reason why smokers continually have to replenish their supply. The suggestion is that it does remain in their body much longer for African Americans than white Americans. African Americans typically smoke fewer cigarettes than Caucasian Americans and some other groups but yet still the dependence rate is much higher.

SRISKANDARAJAH: But that doesn’t mean white people are off the nicotine hook. Their lighter skin still makes the type of melanin we all accumulate from being in the sun.

KING: Absolutely, if in fact we are talking about sun exposed melanin or sun exposed parts of the body. Then this very well could affect populations that are more likely to perhaps to work in outdoor environments where there’s sun and, interestingly enough, may have implications for persons who live closer to the equator.

SRISKANDARAJAH: Which is why Dr. King’s next step is to survey dark and light skinned people all over the world. His findings are based on a pretty small sample- 150 subjects, all of whom are African American. The study targeted African Americans for several reasons- for one black people have the widest range of melanin concentration. Also, by focusing on African American communities, Dr. King says he was better able to control for the non-biological factors that influence smoking habits.

KING: Yes. Clearly we could not just look at two different variables and that is nicotine exposure and melanin but we had an array of other sociological factors such as one’s education, the amount of stress that a person was experiencing. We also looked at- we had a scale to measure racial discrimination. However, after controlling for all of these other factors including age and gender we did not find that they reduce the significance of our association between melanin and nicotine.

SRISKANDARAJAH: So, just to review; cigarettes are bad for you but turns out - the darker your skin, the harder it is to kick the habit. So if you absolutely have to smoke, at least do so in the shade.

KING: [laughs] Well, uhh, some might want to come to that conclusion. What we’ve done is something that we think is pretty groundbreaking and we certainly would like to explore much more fully but at the moment I could not comment- at least not authoritatively on that particular point.

SRISKANDARAJAH: Dr. Gary King is a professor in the Departments of Biobehavioral Health and Sociology at the Pennsylvania State University. For Living on Earth I’m Ike Sriskandarajah.

YOUNG: Just ahead – water, water – nowhere. How some of the oldest tribes on earth might just be able to help us out. Stay with us - on Living on Earth.


Click here to read the study on melanin and nicotine.