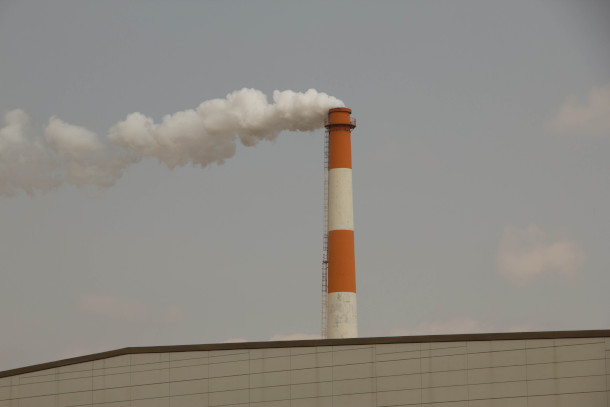 More than 170 major companies have pledged to become carbon neutral by 2050, with many counting on carbon offsets and carbon trading programs to help them reach that goal. But critics say these offsets are often hard to verify and can give these companies a license to continue to pollute. Among those critics is Jennifer Morgan, the Executive Director of Greenpeace International, who joins Host Steve Curwood for more.

As the nations of the world prepare to meet at the UN climate summit that begins on the last day of October in Scotland, more than 170 companies are pledging to become carbon neutral by 2050. Corporations including Amazon, Shell, and GM are counting on carbon offsets to help meet their climate commitments. The companies say offsets help them protect the climate even as they continue to emit greenhouse gases because they are paying to reduce emissions elsewhere. Carbon trading programs with hard caps established years ago have had some success, such as the regional greenhouse gas initiative in the Northeast US which achieved a 35 percent reduction of emissions from power companies over the last 12 years. But critics say too many proposed offsets today involve claiming emission reductions that are hard to verify, such as paying to protect and replant tropical forests. Those critics include Jennifer Morgan, the Executive Director of Green Peace International who says net-zero pledges and offsets cannot replace needed reductions and fossil fuel phase-outs to address the climate emergency right now. She’s on the line now from Berlin. Welcome back to Living on Earth Jennifer!

MORGAN: Great to be with you. Thanks.

CURWOOD: You've gone on the record saying that carbon offsets are not going to get the planet to where it needs to be in time to keep a livable civilization here. What exactly are you saying?

MORGAN: I'm saying that right now in the year 2021, where we need to have a halving of global emissions by 2030, that there is no time for companies or countries to use offsets. Because offsets are really just an accounting trick. If you think about it, like a company like Shell, it says it's going to reduce its emissions to net zero by 2050 but it wants to continue to increase its sale of fossil gas, and it wants to do so by planting trees somewhere, large number of trees that would absorb the carbon from that drilling for that fossil gas. That doesn't add up, it allows those who should be reducing emissions at source in their companies shifting their business models to go and plant trees somewhere. Sorry, especially in times when land grabbing is huge, indigenous rights violations are massive and biodiversity loss is big, no time for that.

CURWOOD: Well, now they would say math is math. If the trees take the same amount of carbon out of the atmosphere as the companies are emitting, at least that's keeping things level and if the trees take out more than that is reducing emissions. And you say?

MORGAN: I say a few things. First of all, there's a big difference between carbon that's stored underground that's been there for millions of years and carbon that is stored in trees. You know, once it goes it's just much less certain that it's going to stay there, if it's underground it's underground, if goes into a tree it could burn down, it could get cut down. Similarly, when you release those emissions from underground from coal or oil, you know, those emissions are out in the atmosphere, it takes a long time for some trees to grow. And also, there's this question of what's called permanence, how long is the tree going to stay around? And also additionality, how do you know that those trees might not have been cut down or grown anyway? And then the final thing of leakage where you know, something could move into another piece of land. These technical issues have been around since Kyoto protocol in 1997 and have not been solved. So, lots of evidence on this from many studies, that it hasn't worked. So, I'm not sure why we're doing it again now, except that I think oil companies maybe feel a bit of pressure and are looking for an out instead of having to change what they need to do.

CURWOOD: So, some criticize the notion of a carbon tax saying that if you tax something that legitimizes it, so that would actually encourage the fossil fuel companies to keep on going, knowing that it just means they're gonna raise the price. So maybe it'll reduce a little demand, but basically they can stay in business. And you say? 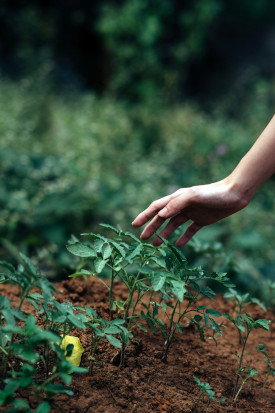 Carbon capture activities like planting trees can be difficult to verify and might not absorb as much carbon as claimed by sellers of offsets. (Photo: Lawrence Aritao on Unsplash)

MORGAN: I say that if carbon taxes and pricing carbon were so effective right now, then we would have seen quite a lot more of emission reductions around the world. It's really not discernible. And also, I think it's really important to bring in the social dimensions here. Because if a company can, you know, have to pay more because there's a carbon tax or there's a carbon price, where is that higher costs get transferred to? But oftentimes it will get transferred to a consumer and that consumer probably doesn't have as much money as that Corporation has to deal with this. And so that's a hugely important issue that needs to be also part of this policy mix. It's just not that simple. And I think it really hasn't worked. The level of pricing that scientists are telling us is necessary in order to really get the scale of the emissions down, well those have to be coupled with those social measures or else you penalize the wrong entity or person.

CURWOOD: Yeah, we certainly saw when Macron tried to raise the price of fuel in France, you had the whole yellowjacket rebellion. People can't afford it, especially if they don't make the money that the folks in the fossil fuel executive suites make.

MORGAN: Well and they shouldn't have to, they haven't caused this problem. Those responsible for actually causing these emissions are those carbon major corporations and the large major emitting countries around the world. And so, I think there's no climate justice without social justice, these have to come hand in hand together. And I think it's often a kind of a move, as Exxon recently said in investigative journalism thing. Yeah, we'll support a carbon tax because we know it's never going to happen. And also, they know that the social unrest will happen unless you really think of those two things together.

CURWOOD: Now, some argue that we need to halt deforestation around the world in the tropics especially. And that perhaps carbon offsets can be used for better good for those kinds of projects. What do you think is the solution to stopping the destruction of the tropical forests that are so important to maintaining the carbon balance?

MORGAN: Well, this is an incredibly important issue, I think, you know, one key thing is in those countries to have really watertight domestic laws, and policies, which protect forests, and you know, also eliminate deforestation through supply chains, and really start also to phase out industrial meat and dairy. You know, a big check coming in from corporations around the world for carbon offsets isn't going to sort it. You need these policies, you also need a just transition for those who do live on the land and do need to make a living, because if they've been doing that for their lives, well, what are the alternatives for them to find other sources of income? Again, we need to be thinking about the social and the environmental issues together.

CURWOOD: How much trouble are we in right now about the climate? 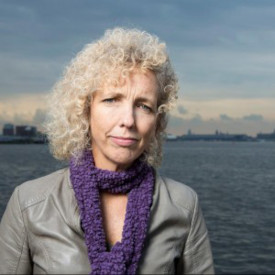 MORGAN: We're in big trouble, Steve. We are, I think backs to the wall because so little has happened when we knew it. I mean, the first scientific study I know about was put on Lyndon B. Johnson's desk a long time ago. There's been a lot of denial out there by fossil fuel interests to slow things down to the point that we are now I mean, think about what's just happened in the previous months. And the suffering that's happened, people from extreme climate events all around the world and developed countries are now feeling it, what developing countries have been feeling for years. So, it's serious. I mean, it's scary serious. So that's why all of the movements and the youth and the people who get it and are engaging that's real, they get it, they know what their future could look like if we don't turn this around now.

CURWOOD: For 2015, the US and China got together in advance of COP21 to work out a game plan to have the Paris Climate Agreement happen. This time around, it doesn't seem to be the case that these two countries, the two biggest emitters on the planet, are working together to come up with a plan to move things forward. What are the prospects do you think for this upcoming climate meeting in Glasgow considering those circumstances?

MORGAN: Well, I think that the prospects for the Glasgow meeting are all to play for. I think that there are big expectations both for the United States to finally put a credible implementation plan on the table that goes into law that can build the confidence of other countries that the US isn't just going to come and go based on its latest election. And I think, you know, China and other countries leaning into their own national interests and peaking emissions earlier, reducing emissions domestically from coal, those are all part of the mix. But I think the real question for me is, will not just those two countries, but all of those major countries really come together in an unprecedented way that we've had before. It's no longer just about two countries, it's a bigger piece. And also, we're in a moment when movements around the world are so active in calling out their governments, and so they can jump together. You know, if they all agree, we're going to shift into no new coal, no new oil or gas mines, no new gas projects, no new funding for those. If the corps were to do that together, it would transform. And that's what's on the table here and that's what's needed, that's what people are looking for right now.

CURWOOD: Jennifer Morgan is the executive director of Greenpeace International. Thank you so much for taking the time with us today.

MORGAN: Very glad to. Thanks.