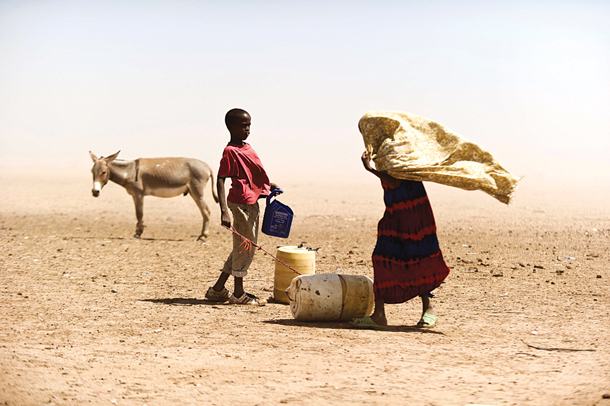 The sharpest increases in global average temperatures have come since the 1950s, and it turns out for the short term, that’s good for business in the richer parts of the world, which happen to be cooler. But on the other hand, the poorer countries in the hotter parts of the world have seen their economies grow slower, or in some cases even decline as the planet has warmed. In other words, climate change is worsening global economic inequality. This is according to a recent study published in the Proceedings of the National Academy of Sciences by Noah Diffenbaugh and Marshall Burke. And Marshall Burke, who is an assistant professor of earth science at Stanford University, joins us now. Welcome to Living on Earth.

BURKE: Thanks a lot, Steve. Thanks for having me.

CURWOOD: So let's start by having you briefly summarize the results of your study.

BURKE: Sure. So what this study looks at is the overall economic impact of the global warming that we've already seen over the last half century. So we often think of global warming as something that's going to happen in the future. But it turns out the world has already been warming due to anthropogenic or human-caused influence. And so, what we wanted to understand in this study is what has been the impact of the warming that we've already seen? Has this done anything to economies around the world? And what we found is that indeed, it has. I mean, it turns out that some of the colder parts of the world have actually likely benefited from this warming. They've warmed up a little bit and actually become more productive, we see that pretty clearly in the data. The hotter parts of the world have had the opposite effect, they've actually experienced declines in their economic productivity. So, most of the rich countries in the world happen to be cold, most of the poor countries in the world happen to be hot. So, if the cold countries are benefited, and the hot countries are harmed, then you get an increase in global economic inequality. And that's the main finding of our study.

CURWOOD: Give me a couple of numbers here. How did this decrease the wealth of the world's poorest countries? And what's the gap between the group of nations with the highest and lowest economic output per person?

BURKE: Sure, so we should be clear that we're thinking about, and your listeners should have in mind, two different worlds. The world that we experienced, that warmed up roughly half a degree or a degree over the last half century. And we want to compare that to a world that did not warm up by that much, where the temperature was fixed at pre-1950s levels, right. So, compare two words, one that warmed and one that didn't. And we're saying all right, what's this economic wedge between those two worlds. And what we find is that in poor countries, their economies might be 20% smaller today than they would have been had we not experienced the warming we did. 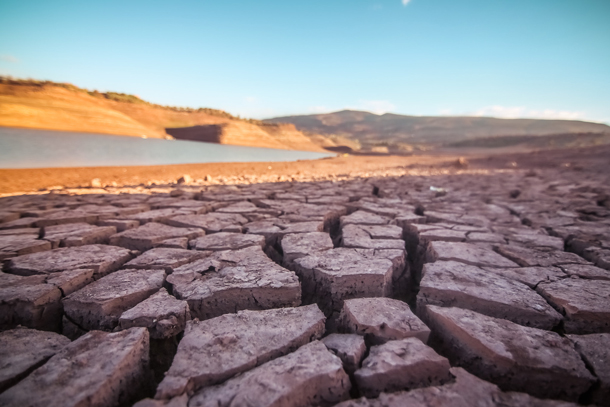 CURWOOD: So, one of the rather disturbing aspects of the results is that, at least with a modest amount of warming, it benefits the richer countries, to the detriment of poorer countries. In a funny kind of way, a little bit of warming is good for business for rich folks.

BURKE: We do indeed find that. So, if you're in the colder parts of the world, we do see fairly clear evidence that their economies are more productive when the earth warms up a little bit. If you look around the world, like let's take the coldest places in the world, and let's take the hottest place in the world. So, take Antarctica versus the Sahara, right? We don't produce anything in Antarctica, it's too cold, we don't produce anything in the Sahara, it's too hot. But warm up a little bit the northern reaches of Russia, we start to see some economic production, right. Similarly, with Sahara cooled off a little bit, we start to see more economic production. So, our basic findings are built on this insight that if you're really cold to start with, if you warm up a little bit, that could benefit you. If you're really hot to start with, you see the opposite effect is likely to harm you. And you're absolutely right that in colder countries, Scandinavia, Russia, Canada being good examples, if you warm it up a little bit, we see clear historical evidence that this has small but meaningful benefits in these economies.

CURWOOD: And then looking over the horizon at the much larger increases that are being forecast if we continue with business as usual. Even if we get the brakes on climate disruption, things are likely to get really bad for those poor countries. But how far is it to say that the richer countries will start to maybe see their economic advantage here start to diminish as well?

BURKE: Yeah, I think that's right. So, what we see in the historical data is it looks like there's an optimal temperature for economic production. So again, if you look at data from around the world, from all countries in the world over the last half century, what these data tell you is that somewhere between 10 and 15 degrees Celsius seems like the best temperature for producing things. That's just where we're at our most productive. And no coincidence, if you just look in the US, some of our most productive areas, or cities fall right in that window. So, Boston, Massachusetts, where you guys are, that annual average temperature is something like 11 degrees Celsius, which is about 50 degrees Fahrenheit. Bay Area where we are is about 13 degrees Celsius, or 55 degrees Fahrenheit. And that actually, we find, is the global optimum temperature for producing things.

BURKE: The Goldilocks Range, that's exactly it. So, what that means is you take a place like the Bay Area, and you warm it up three or four degrees, or five degrees, as you say, like we're going to get in the future, that's going to push us off this optimum. And that's going to likely generate, especially over the long haul, pretty negative impacts on our economic productivity. 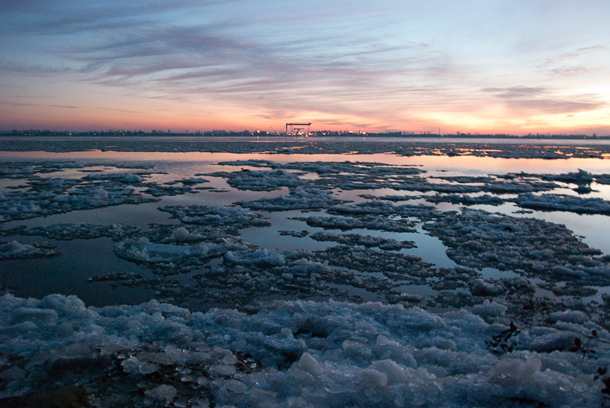 CURWOOD: What countries seem to be getting hit the hardest economically by climate change based on this research?

BURKE: So, the countries hit the hardest are the countries with the highest annual average temperatures right now. So, this is a lot of sub-Saharan Africa, parts of South Asia and Southeast Asia. In our analysis, these would be the countries that have suffered the most so far under the increases in temperature that we've seen. Again, many of these countries have performed reasonably well, economically. Southeast Asia has grown quickly, South Asia recently has grown quickly, parts of sub-Saharan Africa are growing quickly. So, climate is not the whole story here. But what our evidence suggests is these countries would have done even better had it not been for the warming that we've seen over the last few decades.

CURWOOD: What relationship, if any, might there be between those temperatures and the difficulties in places like Guatemala and Honduras, and even parts of Mexico that are contributing to the outflow of people from those countries?

BURKE: Yeah, that's a great question. So, there's pretty strong evidence in the literature that, again, if you're in a pretty hot place to start with, you increase the temperature, you often see substantial out-migration from those countries. And this has been shown in Latin America, it's been shown in sub-Saharan Africa, which again, I think is very consistent with your question, Steve. So, you crank up the temperature, people are less productive, and they want to go somewhere else where they can be more productive, right? And so, in Latin America, or Central America, they often go north. In sub-Saharan Africa, they go north as well. So, you see a large increase in the number of asylum applications in the EU, for instance, in years in which sub-Saharan Africa is hotter than it normally is.

CURWOOD: How do you think your research affects the perceptions of the difficulties of poor countries dealing with climate disruption?

BURKE: Well, our hope is that it puts numbers on this very important issue. I mean, I think a lot of people have the intuition that poor countries are likely the most harmed by changes in climate. But to make informed policy decisions, we really need numbers around that. How much harm has already occurred? How much harm might happen in the future? Right? We need to know the size of the problem before we can figure out how to allocate resources to address the problem. So, what our study does and what studies like this do is put numbers on it. And again, the hope is that this will inform better policy decisions about what sort of agreements we should come up with, what sort of financial transfers need to be made from rich countries to poor countries. 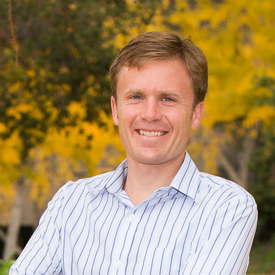 Marshall Burke is the deputy director of Food Security and the Environment at Stanford University. (Photo: Courtesy of Marshall Burke)

BURKE: One point of optimism is the success that many developing countries have had in recent years in developing their economies. Some of the fastest growth rates in the world, or most of the fastest-growing economies in the world are in the developing world right now. China being the best historical example, but many other countries have performed similarly over the last few decades. And so, I think that's the biggest source of optimism. A lot of these economies are growing pretty quickly, even in sub-Saharan Africa, which for decades’ experience very slow or even negative economic growth, many of these countries are growing quite rapidly. And again, that has nothing to do with climate change, right? Those are things that are happening completely separate from anything going on in the climate system. Where I'm less optimistic is in what future changes in climate are going to do to those trajectories. Again, it's... climate is not destiny, it's unlikely that climate is going to completely reverse the progress that we've seen. But our results and our research would suggest it could slow it down substantially, right. And so, these places might keep developing, but they will do so much more slowly than they would have otherwise. You can imagine it as someone running into a headwind, right? They're still making forward progress, but they're making much less forward progress than they would have had the wind been at their back, as it has been in many wealthier countries.

CURWOOD: Marshall Burke is the Deputy Director of Food Security and the Environment at Stanford University. Thanks for talking with us, Marshall.

BURKE: Thanks, a lot, Steve. It's been a pleasure.