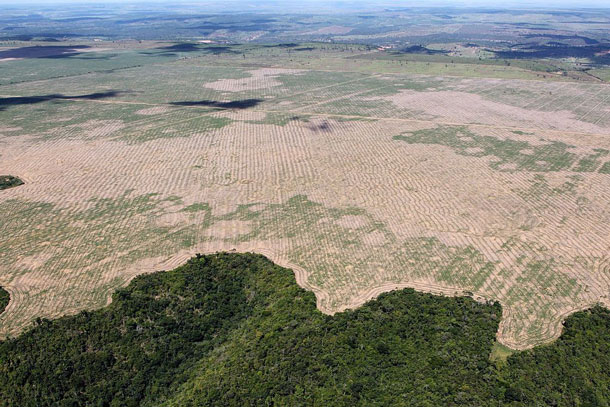 The Amazon Rainforest, a haven for multitudes of diverse species, has been subjected to aggressive deforestation for decades. (Photo: Ibama, Wikimedia Commons CC)

Peter Dykstra and Host Steve Curwood look at rising deforestation rates in the Amazon and its future under Brazil’s President-Elect Jair Bolsonaro. Plus, the duo discuss how sea level rise could promote a wave of gentrification in the US. Looking back in the history books, Peter reminds us to celebrate the Intergovernmental Panel on Climate Change (IPCC)’s upcoming 30th birthday.

Let’s take a look now beyond the headlines now with Peter Dykstra. Peter’s an editor for Environmental Health News, that’s EHN dot org and Daily Climate dot org and is on the line from Atlanta. Hey Peter, how are you doing?

DYKSTRA: Doing alright Steve, I want to talk about the Amazon rush since we're getting on toward Christmas time. But no, we're not talking about Amazon.com. We're talking about the original, only true Amazon, the world's biggest rain forest. And in the past year, from August of 2017 to July of 2018, there was an alarming rate of deforestation in the Amazon about 3000 square miles. To put that into perspective, that's about three times the size of the state of Rhode Island, or about a billion trees. 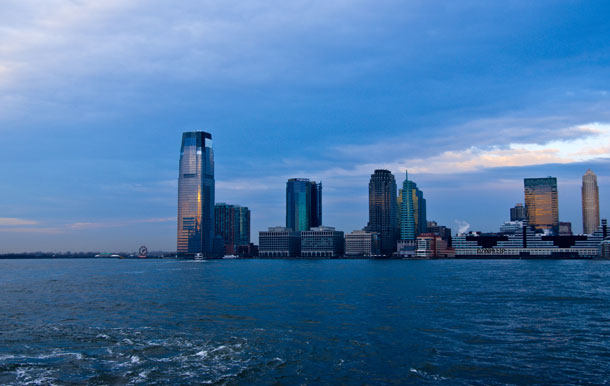 CURWOOD: And a number of years ago, deforestation was decreasing in the Amazon. But this is turned around huh?

DYKSTRA: It was but it seems to be having backup in the coming years. It may have upwards dramatically even more. And of course, Jair Bolsonaro, the president-elect of Brazil as a campaign promise said he wanted to turn the Amazon into an even bigger agricultural juggernaut, which of course means removing all of those annoying trees.

CURWOOD: Oh, boy. Hey, so what else do you have for us today?

DYKSTRA: A little speculation about how sea level rise could cause a big wave of gentrification in the United States…

CURWOOD: Gentrification from sea level rise? What are you talking about?

DYKSTRA: Well, think of the coastal communities that are going to be displaced if all of the projections about sea level rise hold true. You've got poor communities like Liberty City in Miami, neighborhoods in Brooklyn, small towns along the Louisiana coast, but you've also got filthy rich communities with million or multimillion dollar homes around New York City, the Jersey Shore, the New England coast and of course down in Florida, beautiful Mar a Lago.

CURWOOD: So you're saying that when the waters rise, those rich people are going to be competing with the poor people for new places to be?

DYKSTRA: Right. And the real estate market if it's rich people versus poor people, guess who gets the best land. So you'll have inland gentrification as everyone moves away from the coastline. Again, it's only speculation, there's no data to back it up. But it's something to think about. And something that prepared before as one more unintended consequence of sea level rise and climate change.

CURWOOD: And it's not just sea level rise, Peter; what about places that have really been blasted out by these intense forest fires? Those folks are looking for new homes as well. 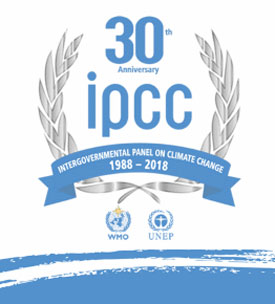 The Intergovernmental Panel on Climate Change was founded 30 years ago. (Photo: IPCC)

CURWOOD: Hey, what do you have from the history vault for us this week?

DYKSTRA: We have a 30th birthday party, December 6, 1988, the birth of the IPCC, the Intergovernmental Panel on Climate Change, the UN body of scientists, that's considered to be the gold standard of climate science

DYKSTRA: Right, 30 years old, entering middle age. Remember, of course, that in 2007 the IPCC was 19 years old. The IPCC was a teenager when they shared the Nobel Peace Prize with Al Gore. They've been so effective that climate deniers have set up a shadow IPCC called the Non-governmental International Panel on Climate Change, or N-I-P-C-C to try and bamboozle a few more people into thinking the climate change isn't the problem that scientists say it is.

DYKSTRA: All right Steve thanks a lot. Talk to you soon.

CURWOOD: And there's more on these stories at our website loe.org.

WBUR | “What the Brazilian Presidential Election Means for the Amazon Rainforest”

Learn More About the IPCC